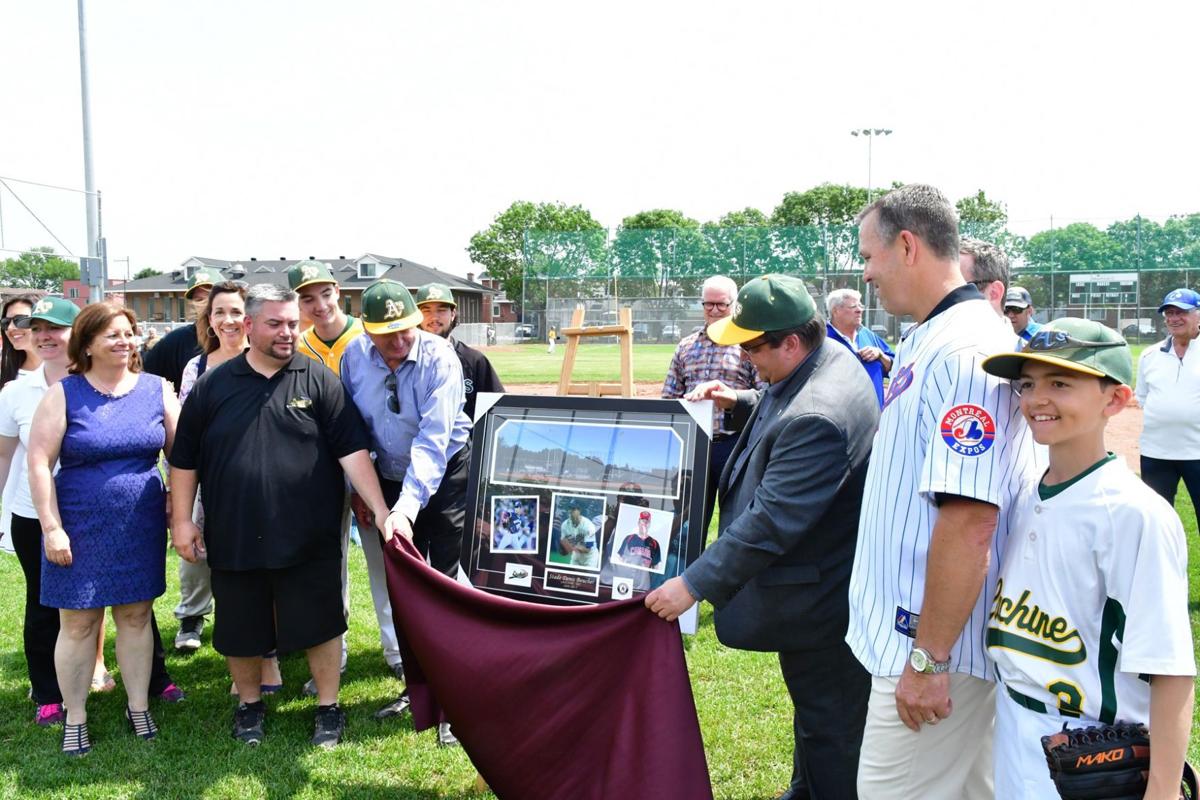 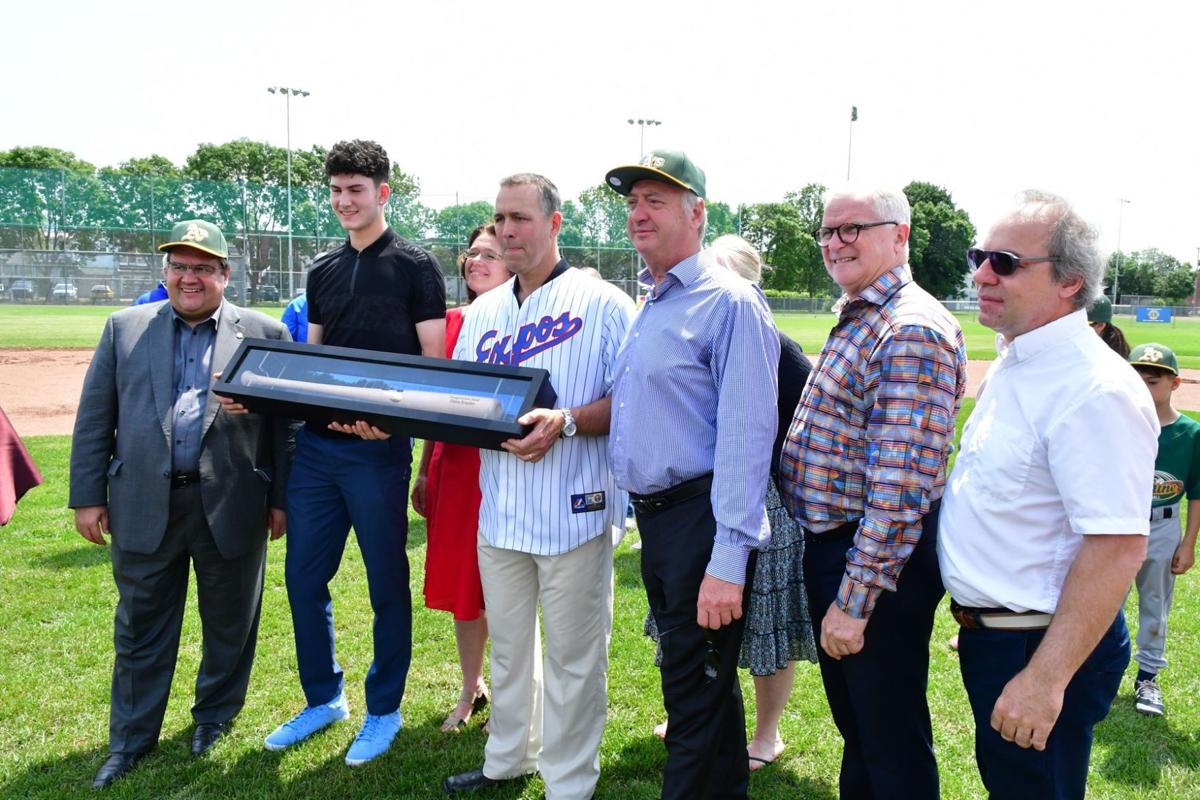 Denis Boucher (centre) was presented with a commemorative bat signed by the members of the Midget AAA Lac St. Louis A’s to mark the dedication of Denis Boucher Stadium in Lachine.

Denis Boucher (centre) was presented with a commemorative bat signed by the members of the Midget AAA Lac St. Louis A’s to mark the dedication of Denis Boucher Stadium in Lachine.

On Saturday, June 17, family, friends and dignitaries gathered at LaSalle Park in Lachine to christen and inaugurate Denis Boucher Stadium in recognition of the former Expo, Blue Jay, Cleveland Indian southpaw pitcher and Lachine native for his dedication to the sport. “It’s a great honour and nice to be recognized,” Denis Boucher said. “And it’s great to have everyone here, even one of my first coaches in Quebec City (Jean-Pierre Chamberlain). He coached me for five years and he is still involved in the Sports-Etudes program there.”

Boucher has not only distinguished himself on the world stage with Team Canada at the 2004 Athens and 2008 Beijing Olympics and at the World Baseball Classic since 2006 as a pitching coach but for the past decade has served as president of Baseball Lachine. The post is not merely one in title for the New York Yankee’s scout, Boucher is very hands on as president. “In the summer I’m here every day,” Boucher said. “Either coaching, watching supervising or fixing up the field.”

The stadium has been renovated to the tune of $1,023,200 and $900,000 came from the City of Montreal’s program to improve baseball facilities throughout the city. The stadium is the home field for the Lac St. Louis A’s midget AAA squad and following the dedication, the A’s earned a 6-2 win in the inaugural game against the Rive Nord 3L2 team.

Joining in the ceremony with Lachine Mayor Claude Dauphin and Montreal Mayor Denis Coderre were members of the Baseball Quebec family including Derek Aucoin, Marc Griffin and Claude Raymond.

A former L.A. Dodger and Montreal Expo farmhand, Marc Griffin was pleased to be on hand for the dedication. “There’s nobody better who deserves this,” Marc Griffin said. “He was such a great athlete, making the National tea, the Pan-Am Games, the pros. Now he shares all that he knows with the kids. He’s really dedicated and wants everyone to enjoy this game. He just does it with his heart.”

Former Expo pitcher Claude Raymond added, “This is a great honour for Denis and Lachine. He is so involved in baseball here and he proudly represented Lachine since he was 15-16-years-old. I am so glad for him because he is one of my favourites, so sincere and down to earth.”