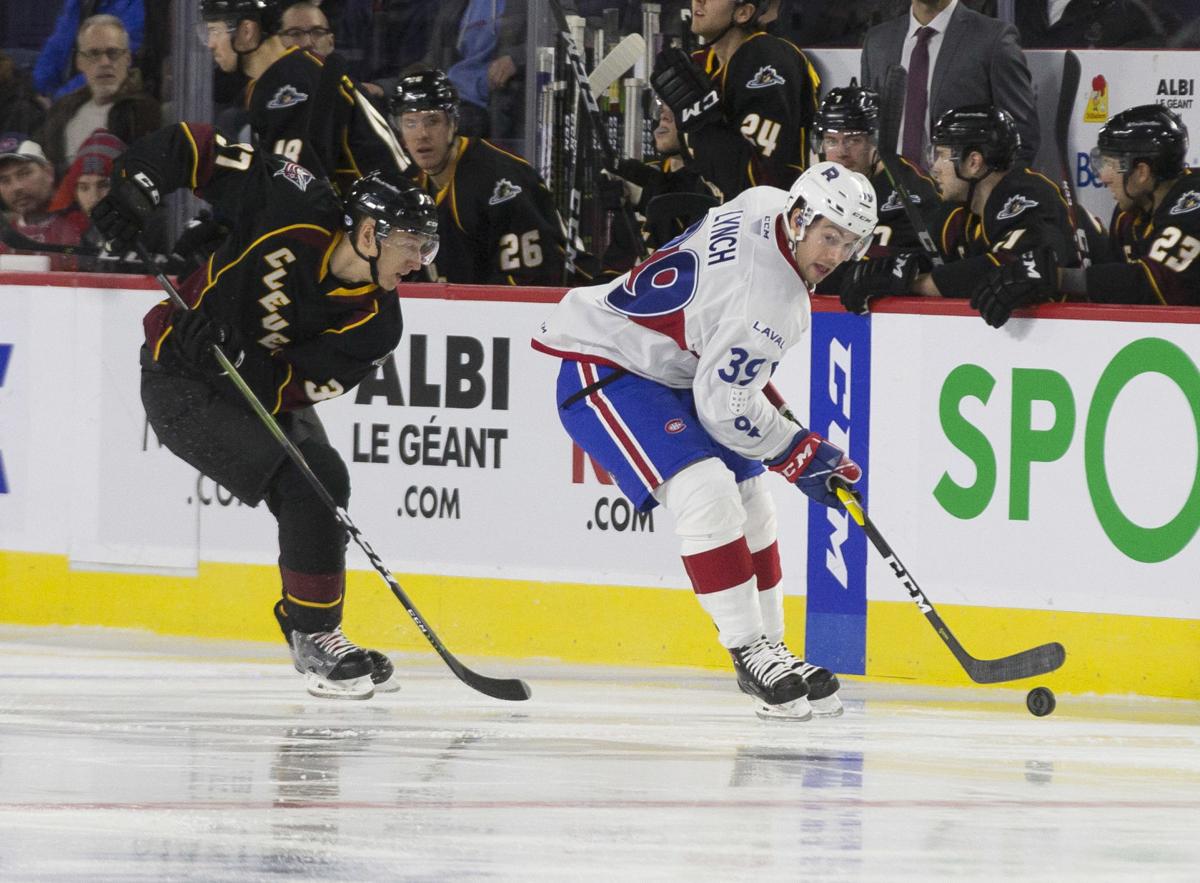 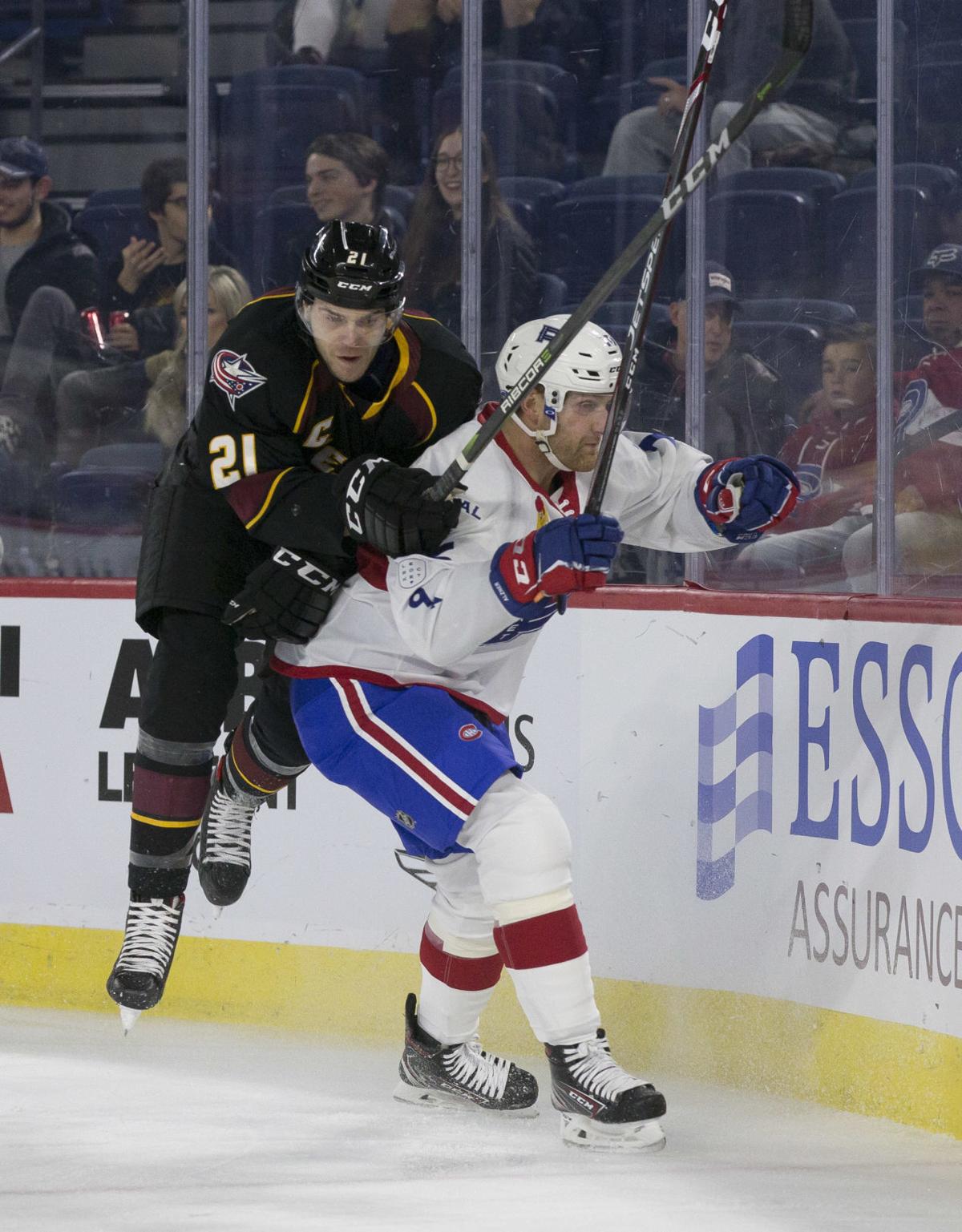 Monster Sam Vigneault tries to get the jump on Laval's Karl Alzner.

Monster Sam Vigneault tries to get the jump on Laval's Karl Alzner.

For the second time in less than a week the Cleveland Monsters invaded Place Bell to face the Laval Rocket. Last week, Cleveland edged Laval by a 3-2 score and then on Tuesday night, Laval picked-up a 3-2 win that was decided by shootout. Cleveland opened the game with a pair of goals to take a 2-0 advantage into the second stanza but Dale Weise converted a pass from Kevin Lynch near the midpoint of the second to make it a 2-1 contest. The home team trailed 2-1 heading into the final frame but the game’s first star, Charles Hudon knotted the score with a powerplay marker with 3: 48 left in regulation. Nothing was solved in the extra-session, setting the stage for the shootout, which saw 14 players step to centre ice to decide the outcome. Goaltenders Charlie Lindgren and Veini Vehvilainen denied the first pair of shooters. Cleveland and Laval exchanged a pair of goals with Hudon and Michael Pezzetta replying to the Monster’s Stefan Matteau and Marko Dano’s tallies. The outcome hung in the balance as the next two shooters from both sides were denied. Dale Weise’s second goal of the game provided the margin of victory after Lindgren stopped Trey Fix-Wolansky’s attempt sending the 5,265 fans in attendance home happy.”Big game for us. At home like this, we want to get consecutive wins and it feels good to get this one. We are missing a few players and tonight everybody stepped up and it’s good for us,” said captain XavierOuellet after the win. That gives the Rocket two straight wins after taking a 4-3 come from behind win over the Springfield Thunderbirds last Saturday at the MassMutual Centre. In that match, Laval was down 3-1 after 40 minutes; the Rocket erased a two-goal deficit and scored three back-to-back goals to earn the road win. Laval looks to keep up the momentum as the Rochester Americans come for a two game visit to Place Bell. Friday night the Americans and Rocket meet-up for a 7:30 tilt and again on Saturday for a 3:00 pm matinee.