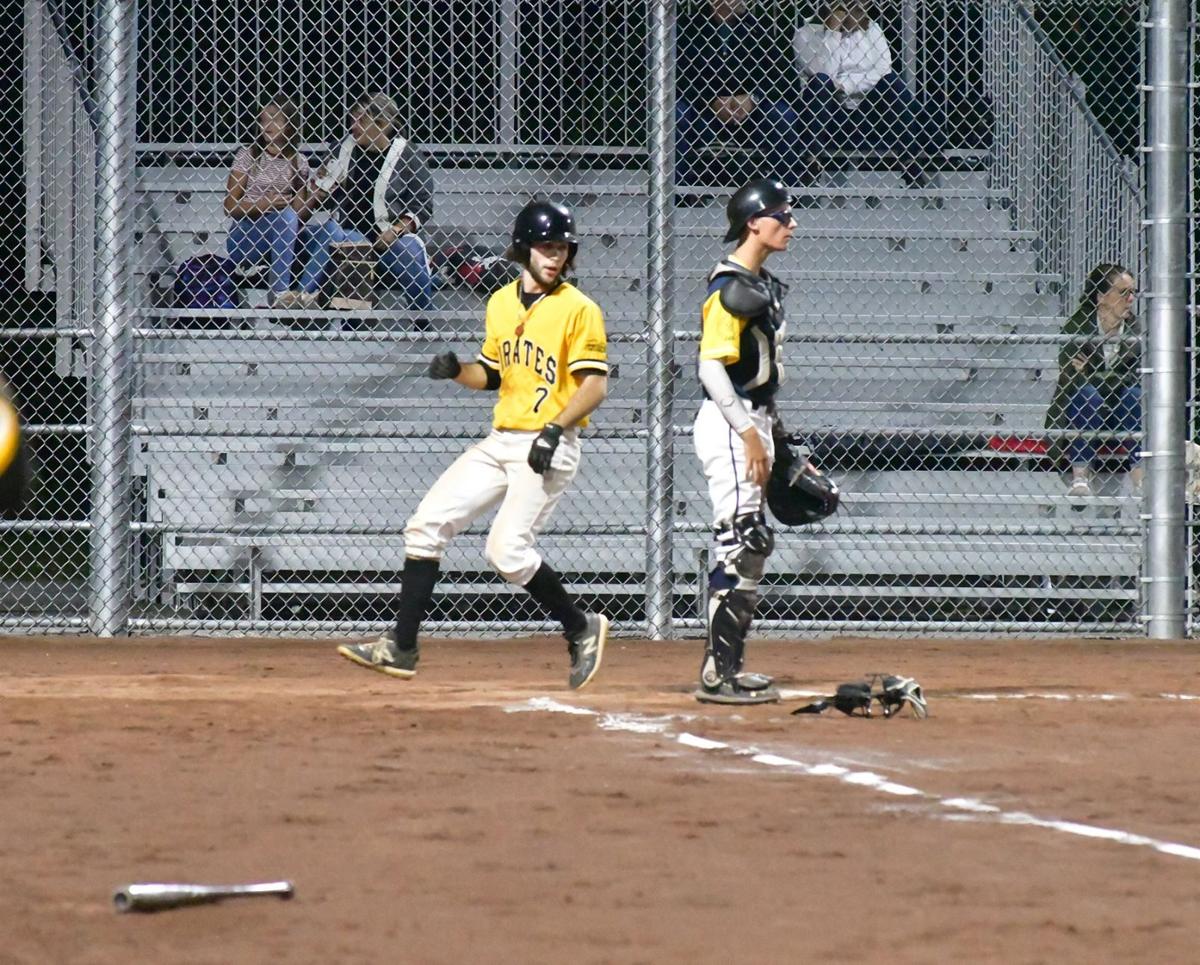 Félix Lefebvre touches home ahead of Félix Laviolette thanks to Cédrick Josph’s double that gave the Pirates a 2-0 advantage in the bottom of the first. 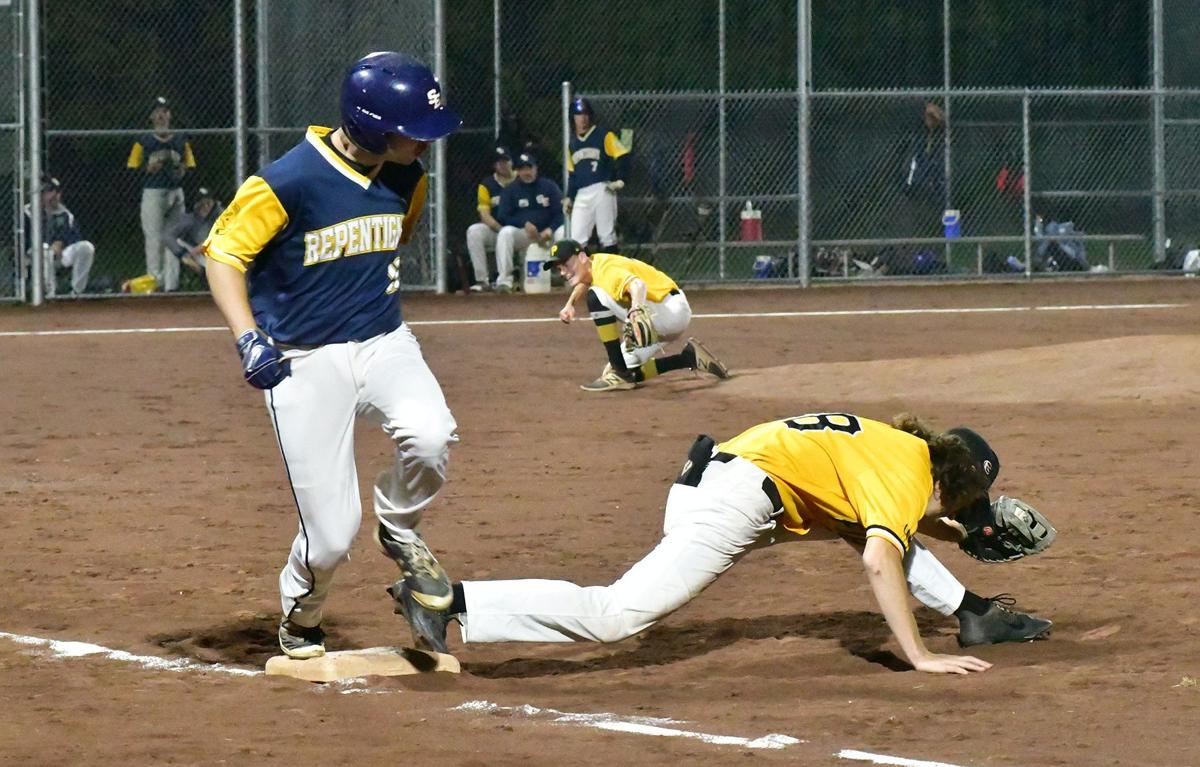 Laval first baseman Félix Laviolette gets the big stretch and the out as he gathered in the ball before Repentigny’s Gabriel Rosa hit the bag.

Félix Lefebvre touches home ahead of Félix Laviolette thanks to Cédrick Josph’s double that gave the Pirates a 2-0 advantage in the bottom of the first.

Laval first baseman Félix Laviolette gets the big stretch and the out as he gathered in the ball before Repentigny’s Gabriel Rosa hit the bag.

With the game winning and series winning run 270 feet from home in the bottom of the seventh and two outs, Jérémy Robert stroked a triple to the centerfield gap cashing in David Dupuis to propel the Pirates to a 3-2 semi-final win over the Repentigny Seigneurs Élites at Parc Lausanne last Saturday night.“I felt this was the final, Repentigny is a very good team,” Laval manager Gilles Larouche said. “You had two great pitchers so it was going to a tough game for both sides.” Fans were anticipating a pitcher’s duel with Laval’s Étienne Lalonde and Repentigny’s Mathieu Pilon taking to the mound and the two delivered with solid complete game efforts. Laval jumped out to a 2-0 lead in their first at-bats when singles by Félix Lefebvre and Félix Laviolette raced home when designated hitter Cédrick Josph launched his first of two doubles in the contest. Following that, Pilon and Lalonde settled into a rhythm while both sides frittered away opportunities to push runners across the plate. There were some defensive gems, including a diving stab of a sharp grounder looking to head down the line that had extra bases written all over it by Pirate third baseman Jérémy Robert. Robert jumped up and made a lazar throw to first to nab Repentigny’s Samuel Bouchard-Beaudoin who led off the top of the third. The Seigneurs Élites made it a one run game in the top of the sixth when lead-off hitter Justin Brown got hit by an errant pitch by Lalonde to move to first. Brown advanced to second on a Lalonde error and raced home from third on a ground out by William Guénette. Repentigny went to the bench for a pinch hitter to lead off the top of the seventh with Philippe Lepage earning a free pass on one of only three walks issued by Lalonde, to put the potential tying run on first. A sacrifice bunt by Bouchard-Beaudoin advanced Lepage to second. Back-to-back singles by Joey Généreux and Jérémy Roy got the job done to make it 2-2. The Pirates didn’t make it easy on themselves after Laviolette started the home half of the seventh with a single. A too hard bunt by David Dupuis allowed Laviolette to be forced out at second putting Dupuis on first on the fielder’s choice play. Pilon won a huge battle getting Joseph to strikeout putting Laval in a two out hole with extra-innings looking possible. When Robert stepped in, he saw what he liked and cranked the game winning three bagger that sent Dupuis racing around those 270 feet. “This was a great challenge for the team,” manager Larouche said. “We have worked towards this (making the finals) and the team is ready.” This pits the regular season champion Pirates against the second place Roussillion Cobras in a battle for the playoff title. At press time, Laval opened the best of seven championship set Wednesday night at Lausanne against Roussillion. The series continues tonight at Parc Lausanne with an 8:00 pm start before the series shifts to Parc Leblanc in St. Constant for games three and four on Saturday and Sunday.