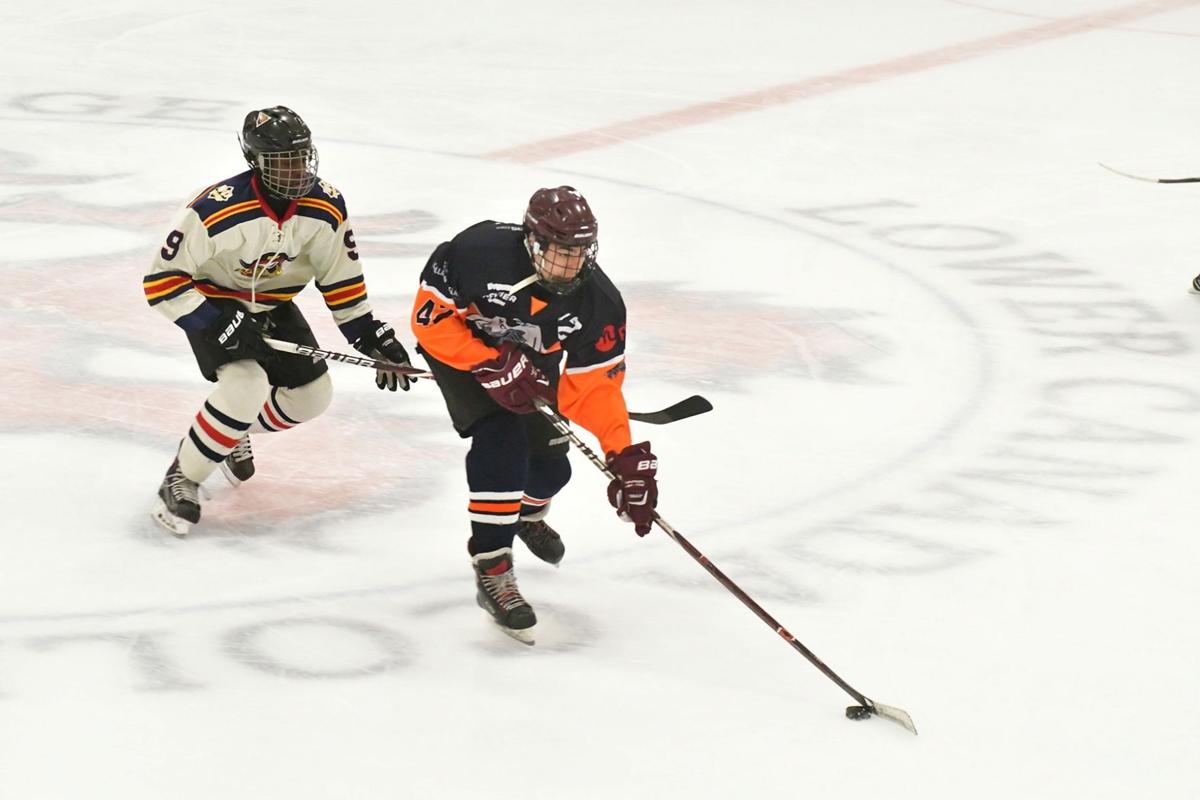 Hockey is at Stage 5 and will possibly advance to the final Stage 6 by mid-October. 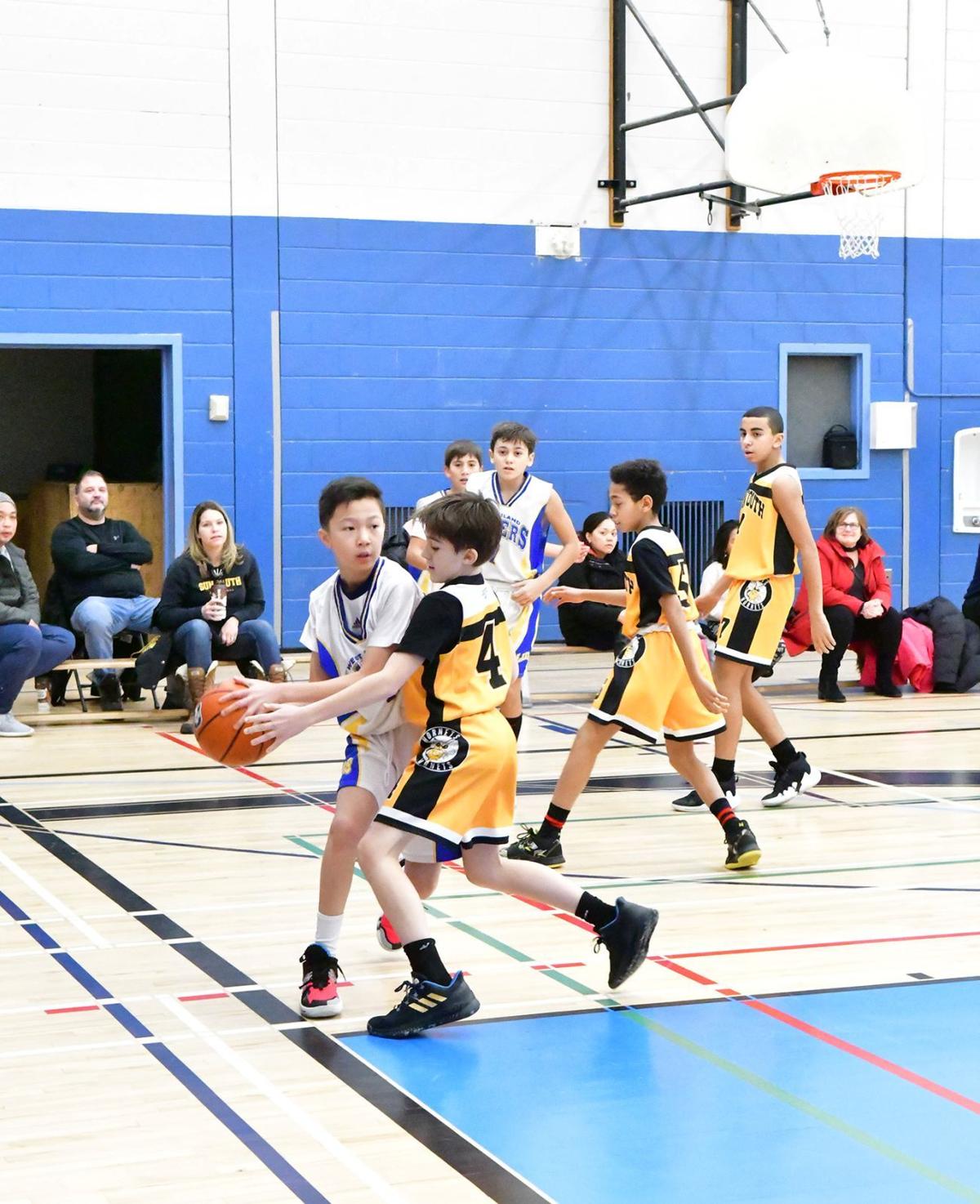 Basketball is looking at a season of 3-on-3 play at this point as they await moving to the final phase of return allowing 5-on-5games. 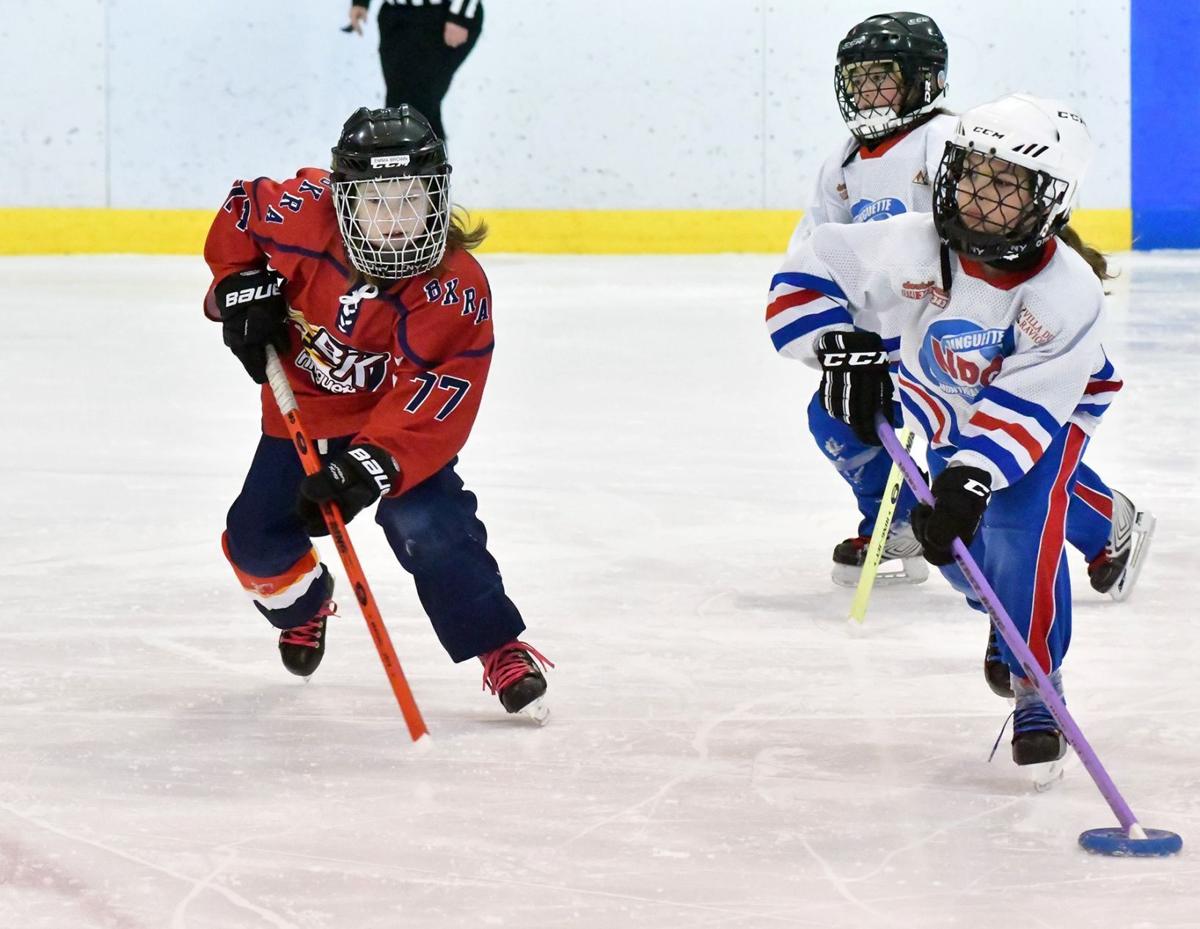 Ringette has penned in October 2 to commence pre-season play, all of which will remain within teams’ respective regions. 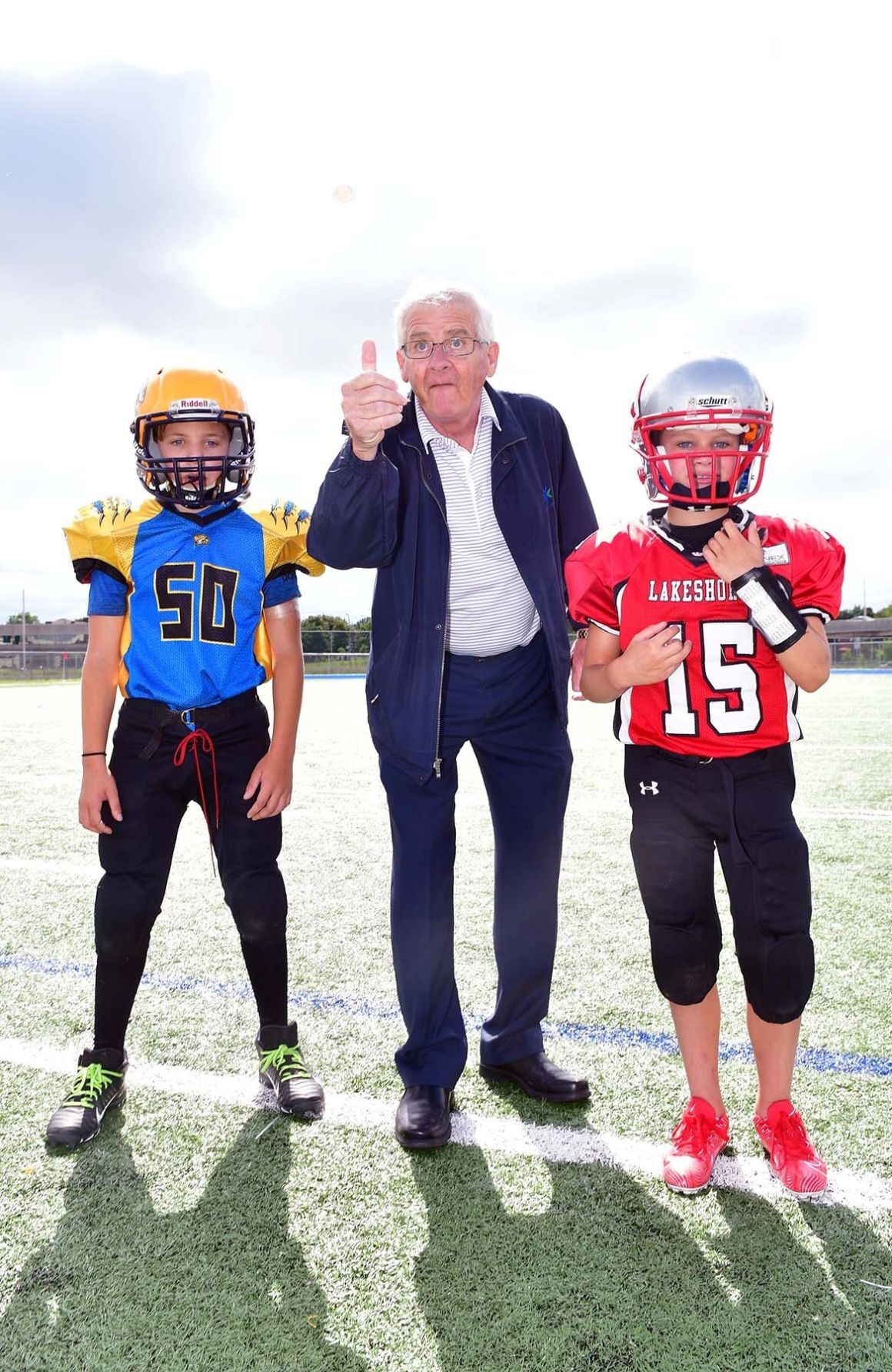 There’s no close-up coin toss for football as social distancing is being respected. Game changes include extending the bench area from midfield to the goal line allowing teams to stretch out along the sidelines.

Hockey is at Stage 5 and will possibly advance to the final Stage 6 by mid-October.

Basketball is looking at a season of 3-on-3 play at this point as they await moving to the final phase of return allowing 5-on-5games.

Ringette has penned in October 2 to commence pre-season play, all of which will remain within teams’ respective regions.

There’s no close-up coin toss for football as social distancing is being respected. Game changes include extending the bench area from midfield to the goal line allowing teams to stretch out along the sidelines.

Please note that this information is up to date as of press time. Any changes will be updated on www.thesuburban.com

Fall and winter team sports are up and running or set to return for their respective 2020-2021 seasons but with added challenges in these COVID-19 times. There has been an addition to the organizations as COVID committees have become necessary to monitor and work with this situation that is so fluid from day to day. The keys to getting the kids back participating in their favorite activates are safety, security, communication and ore work for the volunteers that make these sports run. “I’m a hockey person but kids need to get back to their activities, whatever that might be,” Brenda Gallant president of NDG Minor Hockey said. “They need to for their physical and mental well-being after being away from so many things.”

Hockey is in Phase 5 of the Hockey Quebec return plan and the possibility of going to the final phase, Phase 6 has been targeted for October 15. That means organizations can launch under Phase 5 guidelines but need to be ready to convert to Phase 6. That allows for 3-on-3 or 4-on-4 play within the region. Organizations will also track attendance and have the layers fill out a concise health form each time they participate. In Lac St. Louis where registrations are at 68 percent at this time and climbing each organization will take to the ice following the rules of Phase 5 and the regulations set out by their municipalities in the arenas they train out of. For example, the Dollard Civic Centre now allows parents in with masks mandatory and the city has marked off the stands to allow for social distancing. Mitch Trapid, president of Dollard Hockey is confident about hockey’s return. “I think that hockey is best positioned to make a return,” Mitch Trapid said. “Even though we are indoors, there is cold and lots of air circulation. The players are well-protected and there’s minimal contact.” Players arrive in their gear needing only to lace up their skates. Sessions allow extra time for sanitizing and extra time for players and parents coming and going to avoid contact before the next group heads on to the ice. Single letter teams feature rosters of 10 with a coach while double letter workouts have teams of eight skaters plus a goalie. The double letter teams would be able to hit the ground running when regular 5-on-5 play does return will merge the two rosters into one complete team. The plan in Lac St. Louis is to start competitive play by the end of October while single letter play is targeting a December 1st start.

NDG Minor Hockey plays within the Hockey Montreal region and has started BB tryouts as of last night and their single letter teams will take to the ice this weekend. Hockey Montreal is following the same path as other regions and with so many rinks, that will be a focus of communication when play within the region starts. “We have two different situations with our own arenas (Doug Harvey and Bill Durnan),” Gallant said. Their designs are different so different regulations are in place for each one.” Another problem facing many associations is the need to cancel their annual tournaments. NDG’s popular December tournament has gone by the wayside this year and for the organization that means a hit to their budget. “We rely on the funds the tournament brings in to help run our programs” she said. “Not just run the programs but we always make certain that families who are economically distressed get to participate.” For now teams in Hockey Montreal can practice and scrimmage only, the return to competitive play is to be determined.

AS with hockey, ringette is working hand-in-hand-in hand with their federation and municipalities to get the girls on the ice. Presently the sport is in phase 4 of five, which means smaller rosters for A, B and C level teams and a focus on development. The major adjustments come at the AA level as there is no travel to other regions at present. There will also be no Canadian Championships and Provincial Championships are to be determined. “That’s the most disappointing thing for the girls in AA, not having a chance to make it to the Nationals,” Jeff Liddell president of Lac St. Louis said. “They work hard all year to have that opportunity.” For now, in LSL, the U16 AA squad will play against U19 A teams to stay sharp and the U19 AA teams will face Open A teams in competition. A decision will be made September 15 on how the AA teams around the province will proceed. The Ligue Ringette du Quebec (U14A, U16A, and U19A) will only play within the Lac St. Louis region for the moment.

At present, Ringuette Quebec has said no tournaments which become a financial hit on clubs that host them. “As an example, an association like BKRA will lose $20,000 from not being able to hold their tournament,” Liddell said. Right now AA tryouts are underway and single letter ringette is planning on an October 2 pre-season launch of games.

Basketball is in the throes of registration and organizing for a return to the hardwood later this month. One reason most organizations have had to wait is that the majority call schools their home and school boards have only just started to sign outside contracts for use of facilities. Parents will be in a drop off and pick-up situation for the present time. Just last week Sun Youth got good news as they have acquired the use of Pensionnat Saint-Nom-de-Marie for the coming year. “That was great news,” Rodney Skerritt the program’s director said. “Now we can get to work for the kids.” Once the practice sessions begin, there will be attendance, sanitizing stations and disinfecting the balls before and after use. With basketball in Phase 3 of five to return the focus will be on skill development and some 3-on-3 play. A team of 10 players with one coach will take to the floor while the next group will arrive close to the next session time and wait on the sidelines for the switch. The huge Sun Youth Holiday Basketball Tournament is to be determined. “I was planning on a big celebration since this would be the 40th anniversary tournament” Skerritt said. “It’s all on hold and depends on if teams from other provinces will be allowed to travel and I would imagine American teams won’t be able to participate this year.” The West Island Lakers will be good to go with an eye to September26 as a start date. The organization runs a house league and inter-city program of 900 youths, all who are anxious to get back at it. “We are planning on two-hour blocks, the first for development and the second for 3-on-3 play,” WILBA president Anthony Metrakos said. WILBA is also doing their house league on an eight week basis with an eye to a second registration for a second eight-week segment. “It’s a play it by ear situation,” Metrakos said. “It all depends where we are (with COVID-19).” For the inter-city teams there is a 3-on-3 tournament format being proposed until regular 5-on-5 play returns.

Football is on the turf, albeit in a shortened season, but games are underway. Adaptations to game play means that the referees do not handle the ball, the offensive unit places the ball and the only time the opposing team touches that ball in play is in a punt situation, interception or fumble recovery. The sidelines for teams have been expanded from midfield to the goal line to allow players to socially distance when not on the field. There are now pre or postgame handshakes allowed. “It’s a different experience,” Ted Stote president of Lakeshore Football and defensive coordinator with the mosquito Cougars said. “But moving forward I think it is really good because the kids are getting to play.” Playing throughout the league, there is a learning curve when it comes to the stands and if the host club is running the money-raising canteen. “In Kirkland for example we have no canteen but at George Springate (Pierrefonds) there is a canteen and masks are mandatory when going up to order,” Stote said. The schedule will run for eight games followed by the playoffs.