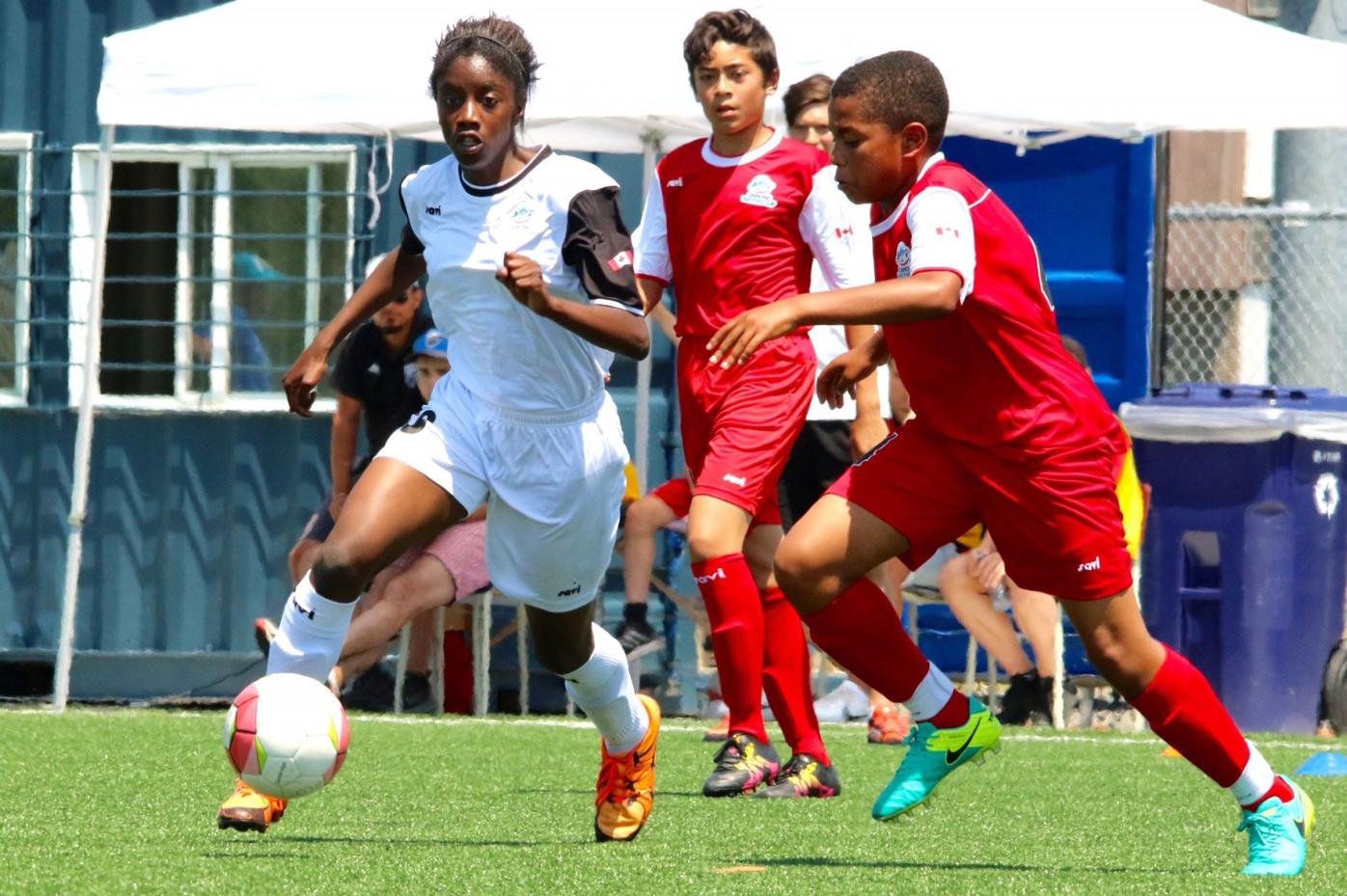 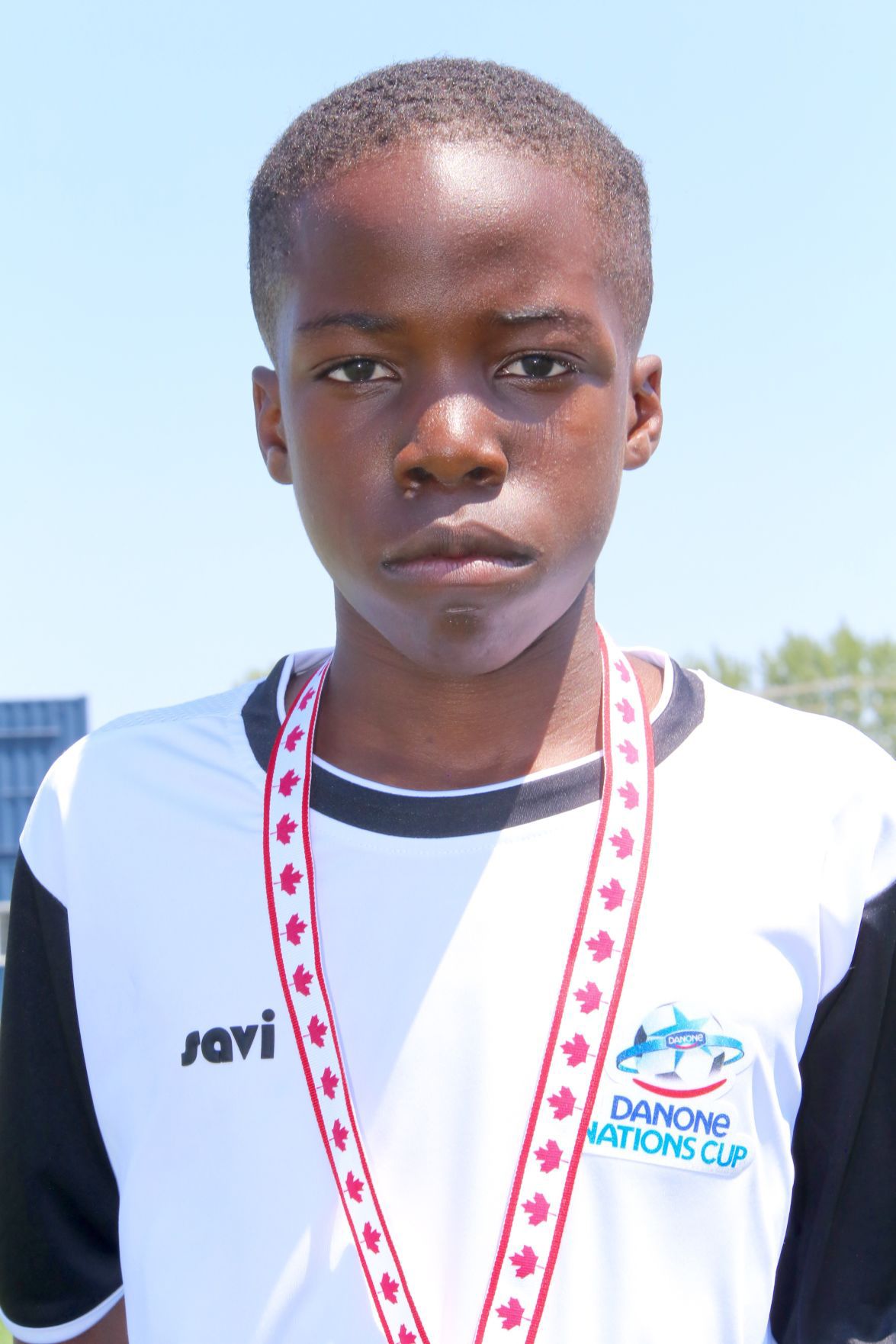 Samuel Sinzidi from Laval with his finalist medal from the Danone Nations Cup Canadian Championship contest. 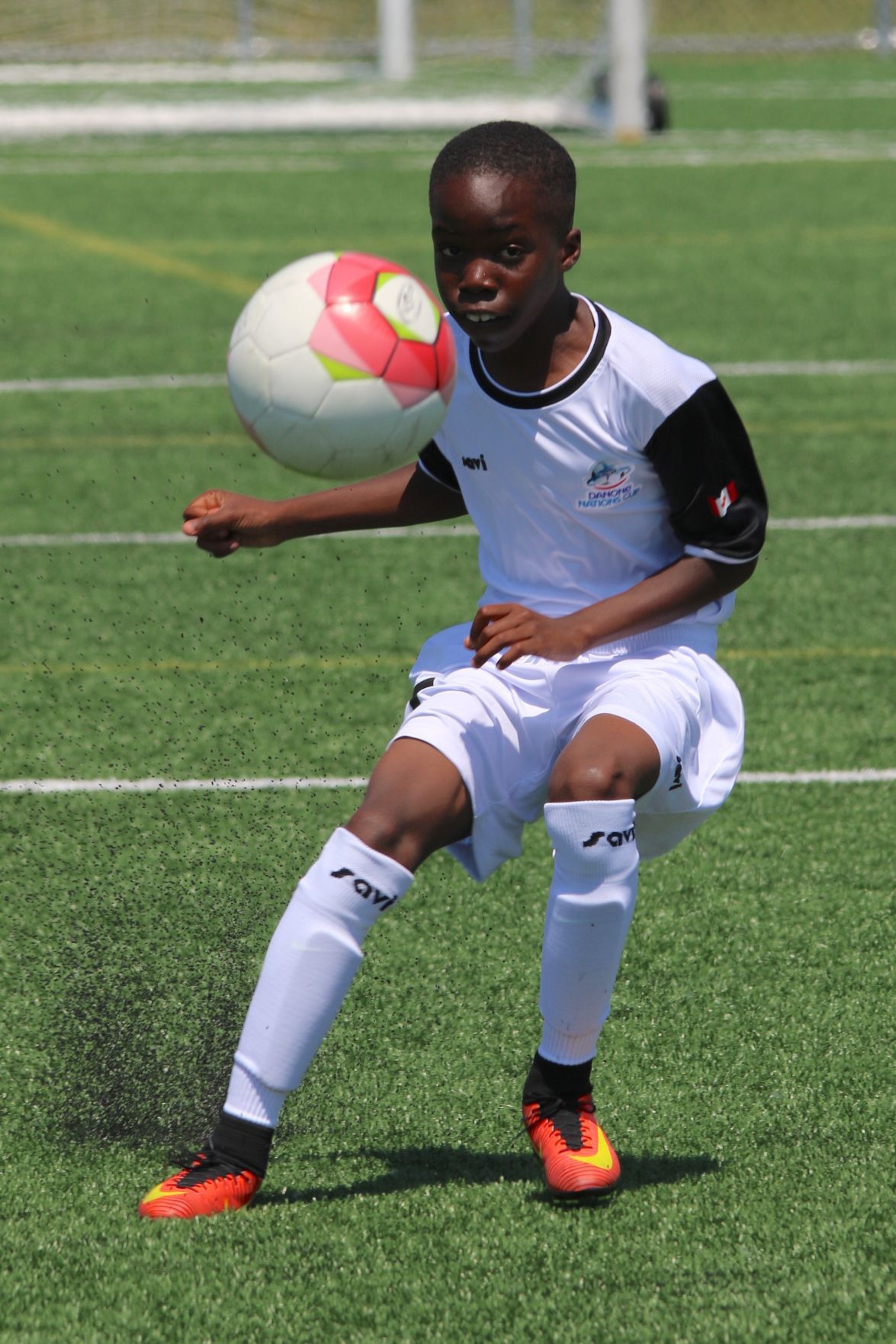 Samuel Sinzidi of Laval focuses on the ball during play against Team Ontario at the Danone Nations Cup Canadian Championship. 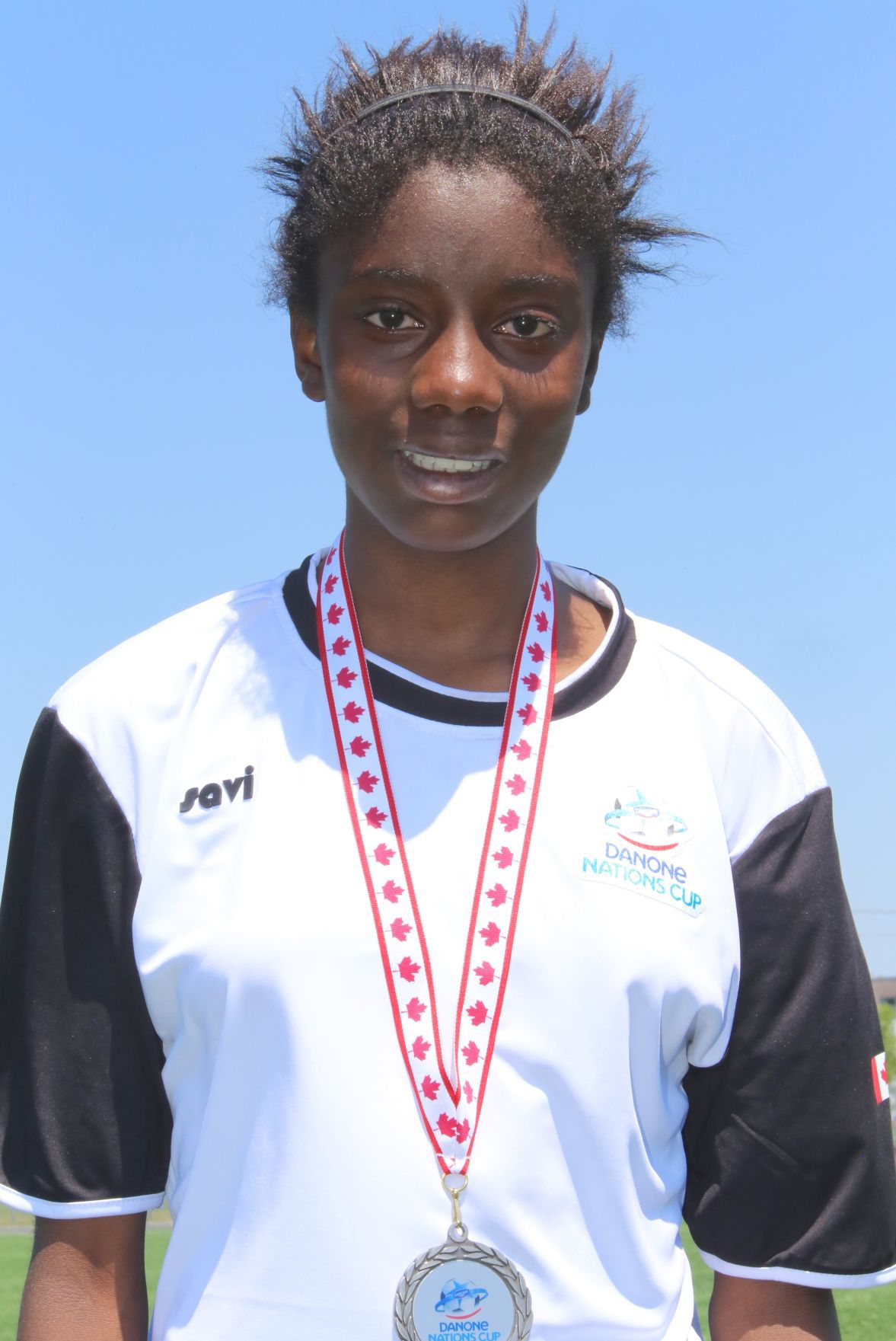 Samuel Sinzidi from Laval with his finalist medal from the Danone Nations Cup Canadian Championship contest.

Samuel Sinzidi of Laval focuses on the ball during play against Team Ontario at the Danone Nations Cup Canadian Championship.

The Danone Nations Cup Canadian Championship was held last Saturday at high noon on the main pitch of the Bois du Boulogne Soccer Plex in Laval pitting Team Ontario against Team Quebec with a berth in the Danone Nations Cup International final this coming October in Paris, France.

Team Quebec came out on the short end of a 2-1 score in a highly entertaining contest featuring some of the top U10 to U 12 talent from the two provinces’ ranks of male and female players. Ontario broke a 1-1 deadlock on a penalty kick taken following a foul in the box with five minutes remaining in regulation time. Quebec had one final chance to work the equalizer on a set piece coming out of the left corner in added time but Ontario captured the ball, directed it up field as the official whistled the contest ended in full time.

“I give high marks to Quebec,” Ontario coach Dean Howie, a longtime fixture in Lac St. Louis soccer, who has been at the helm of Team Canada since 2001. “They showed great skills, great technique, which shows the good work Soccer Quebec and their associations are doing here.”

Quebec did out chance Ontario but the final line of defence, Ontario’s keeper Anthony Arruda, kept turning the Quebec chances away. Laval had two players on Team Quebec with Audrey-Chelsie François and Samuel Sinzidi while Umi Braen made the grade from Montreal. Surprisingly Team Ontario featured a player from Verdun, Taehyeon Lim, who is in the Impact program.

“The selection camp in Toronto was open to all,” coach Howie said. “We had a couple of players from BC try out and a player from Calgary made the team (Marqus Barnes). Lim decided to make the trip to the tryout and ended up on the roster.”

While it wasn’t the result hoped for by Team Quebec, coach Patrick Leduc was proud of his team. “They played well, hard and to the final whistle,” former Montreal Impact player Leduc said. “Having the opportunity to perform in a match like this is a learning experience for many of the players. They will go on to be part of Provincial and National teams. They are the future of the game in Quebec and Canada.”

Leduc will work as an assistant coach alongside Howie in Paris and Longueuil’s Nathan-Dylan Saliba has been added to the Team Canada roster.