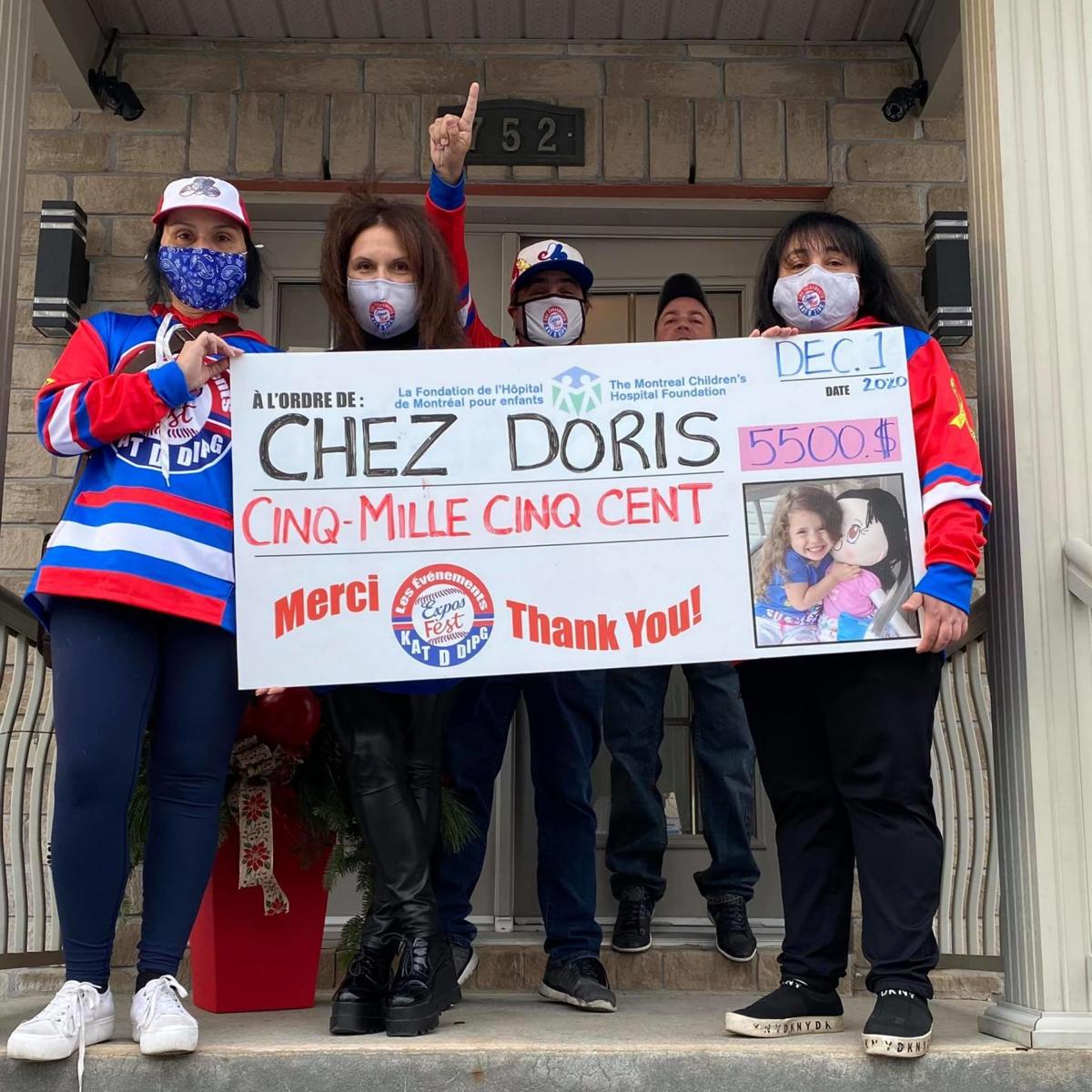 Chez Doris was presented with a $5,500 donation by members of the Expos Fest family (from left) Voula Bourdakos,Vicky Bourdakos, Perry Giannias, Peter Demes and Dina Bourdakos. 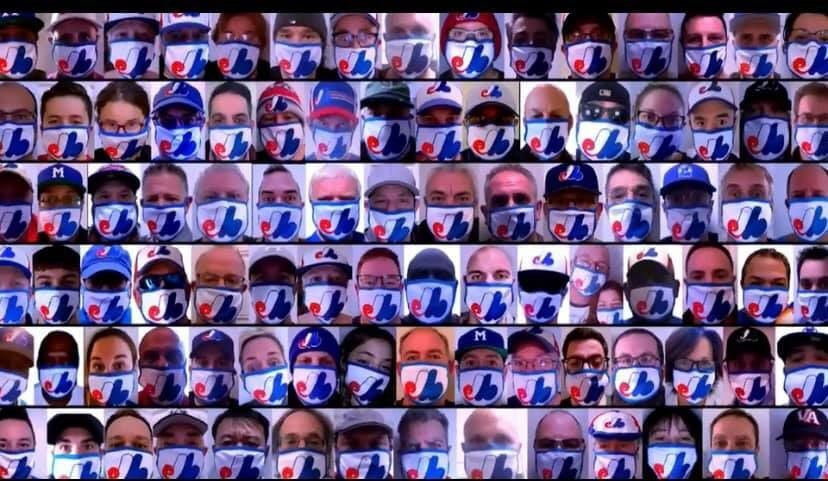 Even during the pandemic, Expos Fest was able to raise $1,500 through the sale of Expos masks.

Chez Doris was presented with a $5,500 donation by members of the Expos Fest family (from left) Voula Bourdakos,Vicky Bourdakos, Perry Giannias, Peter Demes and Dina Bourdakos.

Even during the pandemic, Expos Fest was able to raise $1,500 through the sale of Expos masks.

It has been a five year pursuit for Laval’s Perry Giannias, better known as Perry G, on the road to $1,000,000 for the Kat D-DIPG Fund of the Montreal Children’s Hospital Foundation. The Kat D-DIPG Fund is a cause he has championed in memory of his niece Catherine “Kat” Demes who passed away from Diffuse Intrinsic Pontine Glioma (DIPG) at the age of five. DIPG is a brain cancer that targets mainly children between the ages of five to nine and there is no cure, it is a death sentence. Giannias’ love of the Expos and his massive collection of Expos memorabilia led to the birth of Expos Fest as a means to raise funds for the Kat D-DIPG Fund. “We had two things we could do,” Perry Giannias said. “We could go into a coma and let it kill us from the inside but I wanted to get my sister-in-law involved and get her out of a funk. I promised her that I would make Kat a star that she would not have died in vain.” Through family, extended family, the generosity of former Expos and numerous community minded businesses, Expos Fest to date has passed the $760,000 mark in five years. “I know some organizations can raise three-quarters of a million in one night,” Giannias said. “We are a small group of people and I’m really proud of what we’ve done in five years.” There have been numerous events and galas here at home, around the province in Ontario and even in Cooperstown, New York during Baseball Hall of Fame induction weekends. Since last year when the lockdown hit for COVID-19 and the 2020 Gala had to be cancelled, Perry G has continued to add to the total through weekly draws for Expos’ memorabilia and there was the Expos’ face mask flurry where two lots sold out quickly and travelled the globe to former players and fans. Whenever Expos Fest events fundraise on the road, like in Cooperstown or Ottawa when Bill Lee took to the mound for the Ottawa Champions, there have been donations made to local children’s hospitals like in Rochester Ney York and Ottawa’s CHEO. “Whenever we fundraise outside our home ball park we make sure money goes to their community as well,” he said. During the pandemic, there have been efforts for others in need as well. Through several sponsors, Giannias and family have delivered meals on Fridays to the Old Brewery Mission during the first lockdown serving 150 meals each time. Prior to Christmas, there was a cheque of $5,500 presented to the Chez Doris women’s shelter. “That’s another big problem that came to our attention,” he said. “Being homeless is bad enough but being a homeless woman is 10 times the nightmare and brings out all kinds of horrific challenges.” The Corona Virus put a bump in the road to one million but Perry G knows they will get there. “The 2021 gala was to be our million dollar gala,” he said. “COVID threw us a curve ball. It’s okay if it takes another year, a promise is a promise and we’ll get it done.” To find out more about Expos Fest and the Kat D Fund or to make a donation go to www.exposfest.com or visit Expos Fest on Facebook.