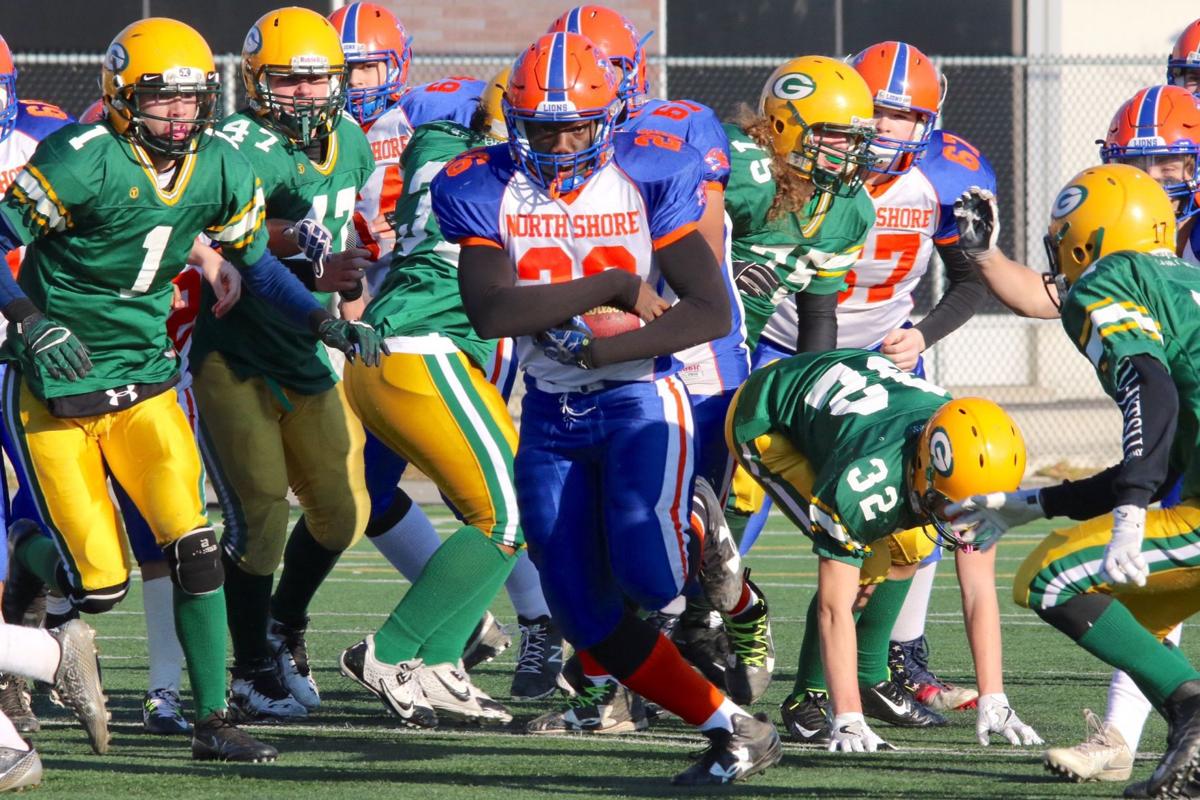 Lion Tristan Donque protects the ball as he pulls away from a pack of Packers. 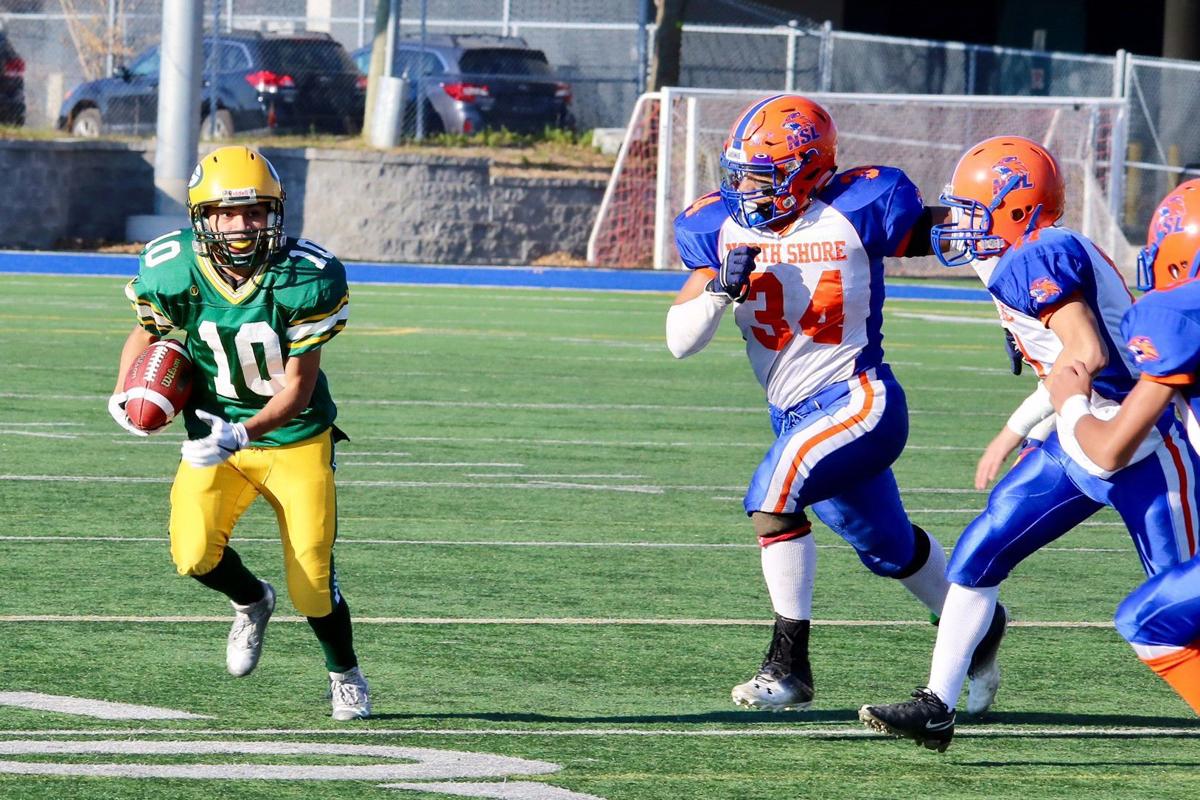 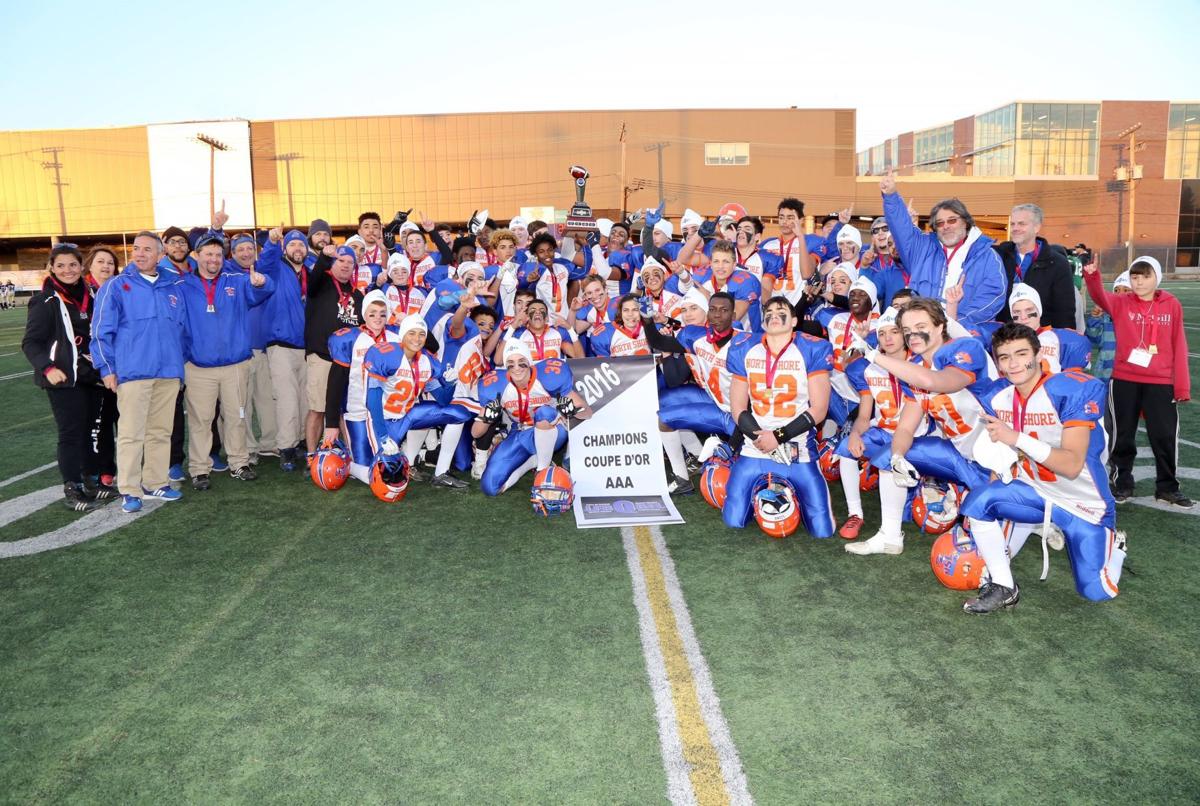 The pride of Lions shows after three-peating as Coupe d’Or champions. 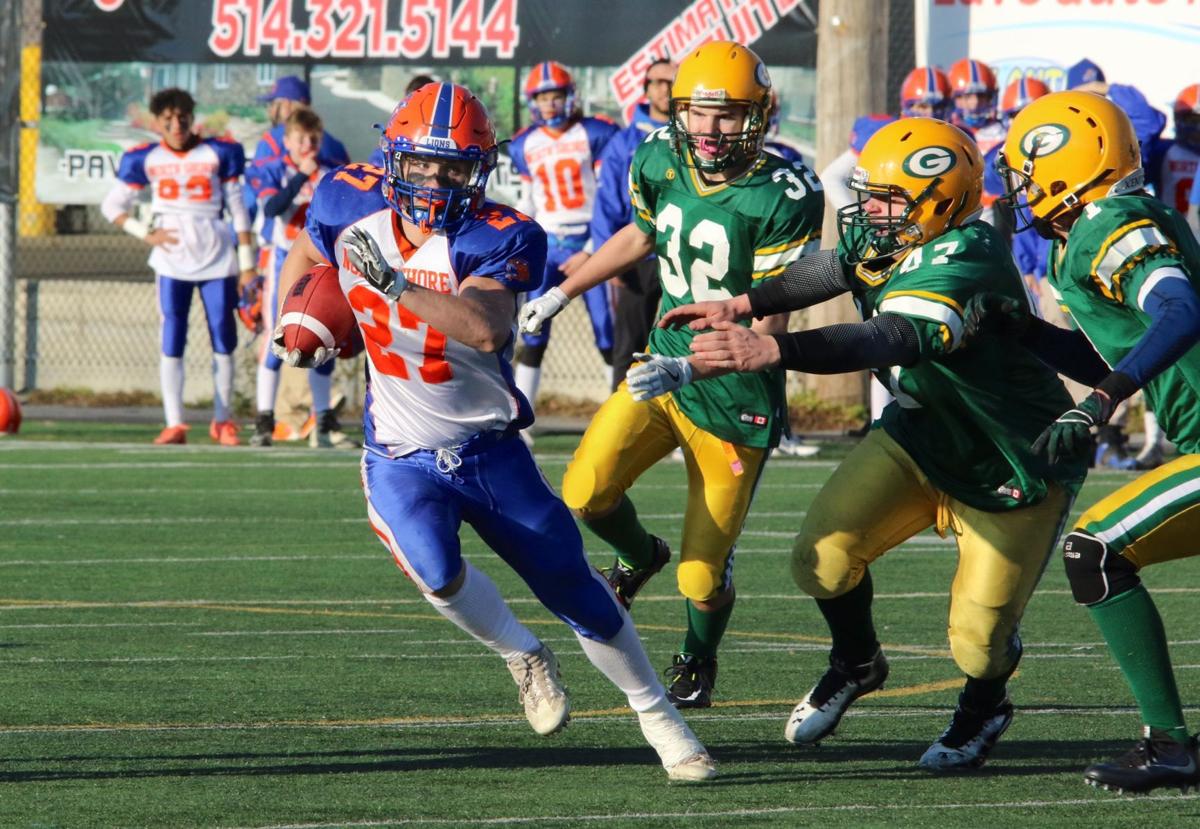 Lion Tristan Donque protects the ball as he pulls away from a pack of Packers.

The pride of Lions shows after three-peating as Coupe d’Or champions.

It was the Greenfield Park Packers and the undefeated North Shore Lions who faced off to determine who would become the Coupe d’Or champions Sunday at Stade Hébert.

Ultimately, it was the Lions who prevailed by using their depth and stingy defence to help secure a 25-10 win.

The Packers and Lions defence seemed to be the only light for each team to start the game. Up until the final minute of the first half, it was the Packers who led 3-0 courtesy of a Nicolas Lemelin field goal.

However, when the Lions defence recovered a fumble late in the half, they used an efficient offensive attack and benefitted from a Packers pass interference penalty to get downfield.

The Lions score came on a pass to Tyrese Twain Lovelace-Williams who caught a tipped ball giving them a 7-3 lead heading into halftime.

“I knew if we were up by half, we were good,” Terry White, Lions coach, said. “We haven’t lost a second half all year.”

Although the third quarter belonged to the Lions, it was the Packers who scored first.

A long touchdown catch by Fabrice Hennekens on the Packers opening drive put the Packers up 10-7.

The early score didn’t throw off the Lions. They marched downfield and were able to score a touchdown of their own when Tristan Dongue carried the ball into the end zone to give the Lions a 14-10 lead.

The Lions offence didn’t stop there. After a solid defensive stand, they continued to make their way down the field courtesy of a solid run game that was capped by a Sunny Letourneau carry to put the Lions up 21-10.

“We knew the [Packers] were going to come out jacked up and a little tired so we went power,” White said.

The Lions were able to score a point off a missed field goal and also converted on a 47-yard field goal by Antonio Neacsu to seal the 25-10 victory.

Even though they didn’t come away with the win, Packers coach Sundee Jones says he can’t be disappointed with his team’s season.

“We had a great year,” Jones said. “It was something to be extremely proud of.”

For the Lions, the win kept their perfect streak alive and was a culmination of training that started months ago.

“We start in February,” White said. “You see the joy on these kids’ faces, it’s not because they showed up in August.”