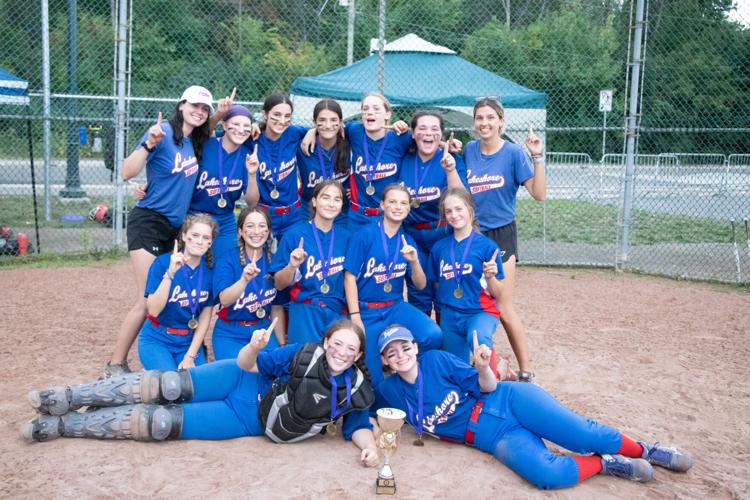 The U15 Lakeshore Legends came away from the Softball Provincials with the title and gold medals. The Lakeshore U 23 squad was looking to defend their Provincial crown but came up short returning home with hard fought silver medals.

After winning regionals in St Lazare, the U15 Lakeshore Legends went to the Provincials in Chateauguay looking to ride that momentum. A pair of wins on day one over the Rafales Noires from Saint Eustache 9-0 and a 9-7 victory over host Chateauguay. That put Lakeshore at the top of the heap and set the stage for a semi-final meeting with the Rafales Noires and the Legends dispatched their opponent 5-1 punching their ticket for the gold game.

The Legends were set to take on their rivals the Chateauguay Chat-o-Cats. With the Cats in the lead, the Legends rallied for a come from behind victory taking the gold game 7-5 and the Provincial Championship. Lakeshore hurlers Ella Makinson and Abby Brown were spot on during the weekend of play, Brown’s performance garnered her the MVP award for the Provincials. “We are so proud of every single girl on the team who showed incredible teamwork, dedication, skills, positive encouragement to one another throughout the season,” Coach Haley Alexander said. “We have never coached a nicer group of girls who made the season the best one yet,” Coach Grace Makinson added.

The Lakeshore U23 squad made their third appearance at the Provincials in four seasons and went into the tournament as the defending champions. Lakeshore started off the tournament wih a 7-0 win over CMA-Montreal. Noémie Deziel shut down her opponents by throwing seven strikeouts over four innings and was backed by error free defence for the win.

Day two of the round robin tournament began with a meeting against perennial rivals Chateauguay. It proved to be another classic battle but big hits by Ashley Eeet plus two RBI efforts from Leslie Harmidy and Kaitlin MacDonald each respectively paved the way to a tight 5-2 win.

Next up was Saint-Eustache this was a complete team effort for a 6-0 victory and a spot in the final. Lauren Hewer handcuffed the opposing hitters as she recorded seven strikeouts. Clutch hits off the bats of Kaitlyn Rozon and Alexandra Montpetit powered the offence for Lakeshore. Catcher Amy Havlena ended the contest with a laser throw to second cutting down a steal attempt for the final out.

In the gold game Lakeshore and Chateauguay squared off with Lakeshore looking for a repeat title but it wasn’t in the cards as Chateauguay took a 9-6 decision for the chmpionship. The match was a tight one and tied at 3-3 until Chateauguay erupted for five runs to pull ahead 8-3. The defending champs replied with a trio of runs thanks a timely hit by Roseline Page and Lara Kahn’s gutsy steal of home. In the final inning Chateauguay put up one more run while Lakeshore was unable to rally in their final at bats.