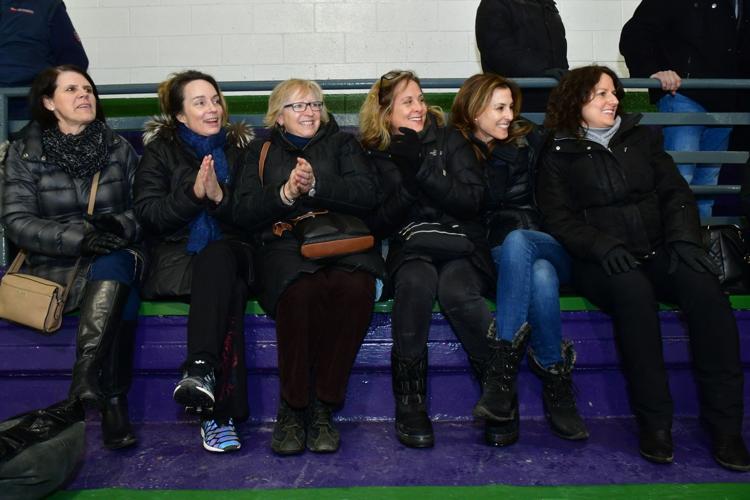 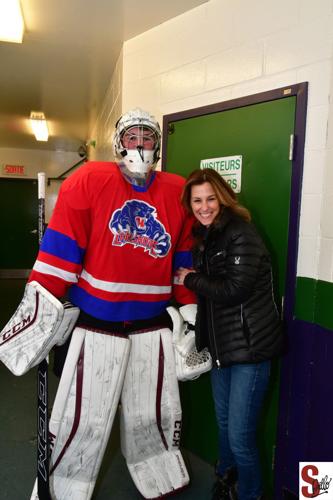 Michael Heward with mom Brigitte Garceau, who always makes the effort to be there and support her son. 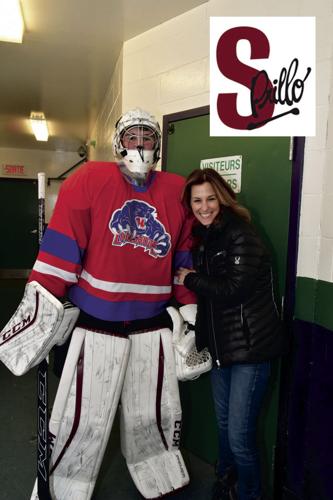 Michael Heward with mom Brigitte Garceau, who always makes the effort to be there and support her son.

Hockey moms are a special breed whose devotion to their sons and daughters as well as the contributions to their organizations and teams is often tested when they are in the stands during games. The ebb and flow of a game can be traumatic as they watch their children perform on the ice. When it comes to mothers of goalies, however, that pressure is magnified much more. According to Brigitte Garceau, hockey goalie moms face even greater pressure because their child is the last line of defence for the team. “There are always trials and tribulations with every hockey mom during evaluations and games but I think there is a bit more with a goalie mom,” Garceau said in a recent interview. “When the team wins, everything is wonderful but when they lose sometimes people look to the goalie.”

Garceau is a partner with the firm of Robinson, Sheppard, Shapiro and a busy community activist as well. For the last eight years, she has combined those roles with taking her son Michael Heward to most of his practices and games. But she doesn’t just take him. Because of his drive to become a better goalie, she has sought out a trainer and makes a point of attending all the games in order to transmit Michael’s progress and shortfalls.

It’s something to watch as she often has to drive from her downtown office for those early games fighting rush hour traffic. That stress is a sport in and of itself making sure Michael is there an hour before game time. And for a goalie mom particularly so, “...because if there’s no goalie there’s no game. Especially when the game is in a new arena across town and your GPS is on the fritz,” Brigitte added.

It’s not just about sharpening skates and making sure the equipment is in the bag before he leaves. It’s also about making sure his spirit is sharp. As with any other high school student, it’s always a challenge to combine a busy hockey schedule with academics, Garceau noted. “It’s about discipline and staying focused,” she said.

Michael has been a member of the Lakeshore organization for the last eight years and played his Peewee year with Loyola High. He’s not yet 16 and already stands almost 6’4”. His Ken Dryden-like stature has not gone unnoticed. But Brigitte felt it was important to point out that, “As your child progresses and wants to achieve higher levels, the competition for goalies is even more intense because there are fewer positions available. That’s an emotional challenge that goalie kids and moms go through together because goalies are always the last positions to be announced. The stress in waiting is something unique to goalie moms and their children. But I’m particularly proud that despite some disappointments Michael has always shown a determination at every step of the way to do better and strive harder to get where he wants to be.”

On a personal note, Brigitte added, “...even after all these years every game is a bit of an emotional roller-coaster when your son is in the net. My heart will still skip a few beats whether from a sudden breakaway or scrums with bodies crashing the crease knocking opponents over with Mike ending up under them all. I know what’s it like to live through some injuries and concussions that Mike has had and I always fear for the next one.”

Garceau emphasized though that the Lakeshore Hockey organization, where her son is one of the netminders for the Midget BB Panthers, fosters a terrific family atmosphere that has wonderful parents and coaches. “The parents are great, and win or lose everybody stays positive. There is a special social bond among the parents,” Garceau said. “There is a strong emphasis on sportsmanship and the parents have become friends away from the rink, as have the boys. And those bonds are a big part of their success and contribute to making the lives of all hockey moms — and this goalie mom — a lot easier.”