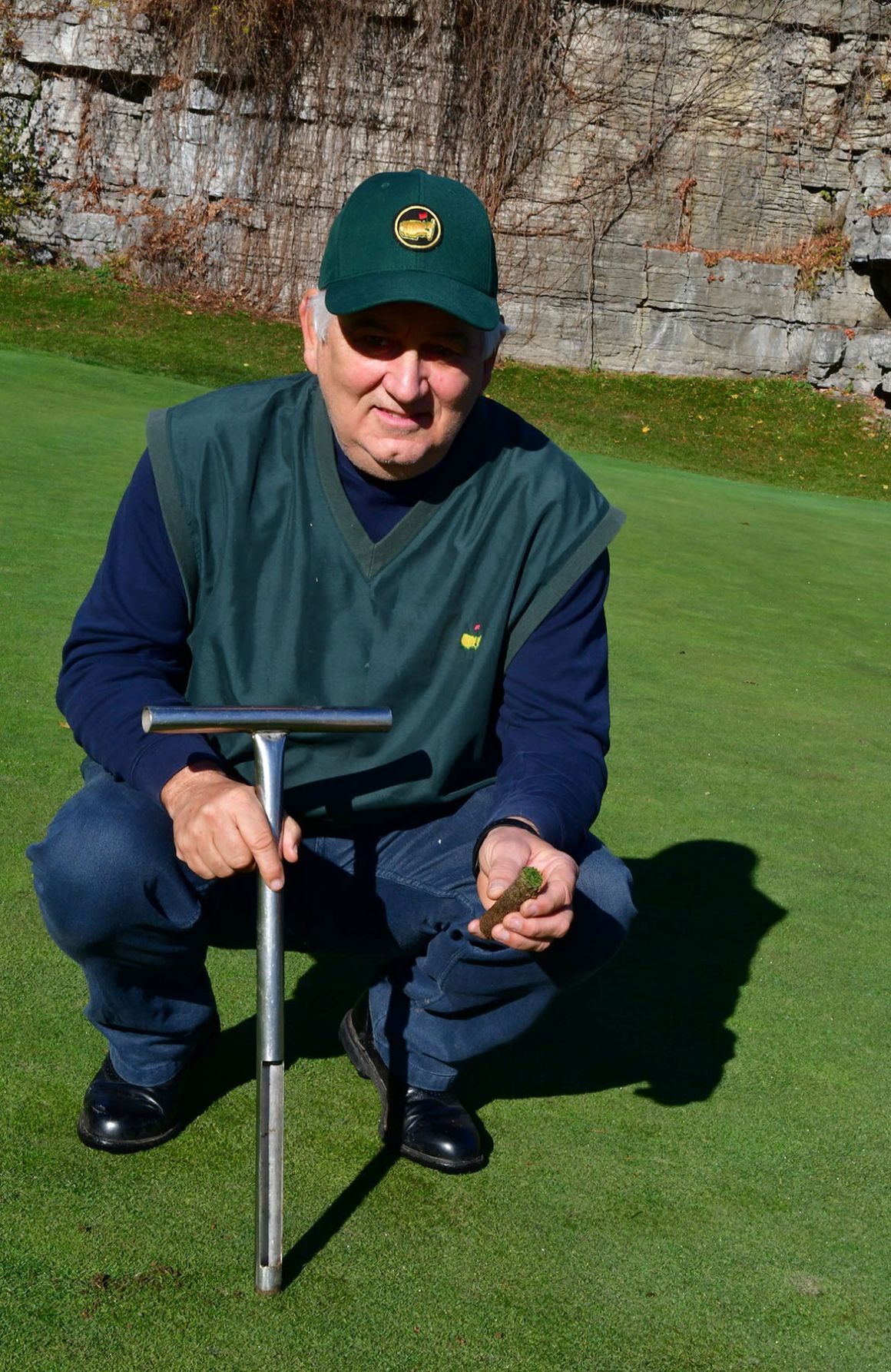 “What can I say about Doug Meyer?” Darren Kalyniuk President of the Canadian Golf Superintendants Association “ He is a Master Superintendent, a huge supporter of our profession and has been an inspiration, mentor and friend to many in the industry; what an amazing career.” 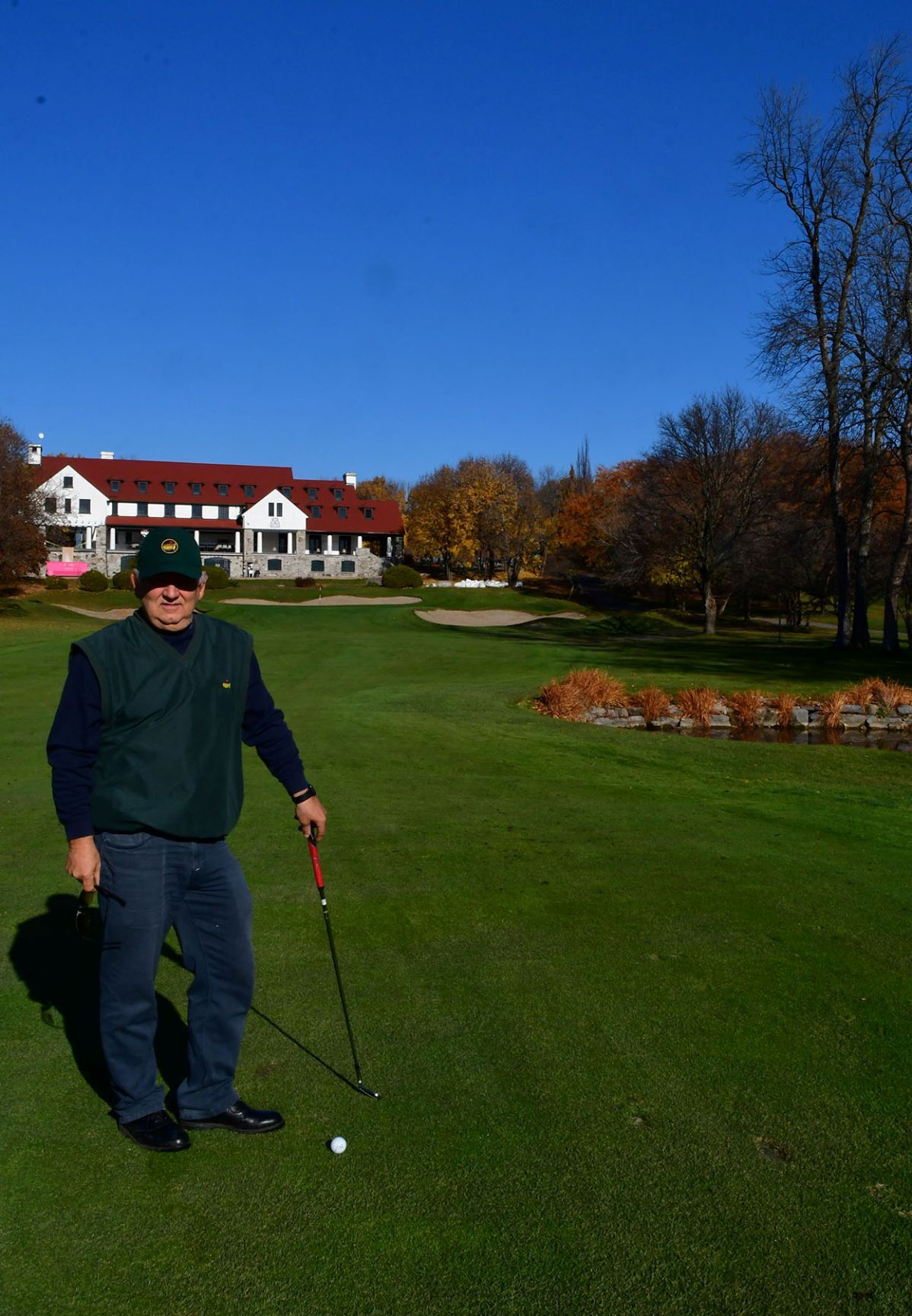 “All along the way I have had the pleasure to work with and meet so many tremendous people,” Doug Meyer said. “In my years at Beaconsfield, I have enjoyed making certain the course was the best it could be.”

“What can I say about Doug Meyer?” Darren Kalyniuk President of the Canadian Golf Superintendants Association “ He is a Master Superintendent, a huge supporter of our profession and has been an inspiration, mentor and friend to many in the industry; what an amazing career.”

“All along the way I have had the pleasure to work with and meet so many tremendous people,” Doug Meyer said. “In my years at Beaconsfield, I have enjoyed making certain the course was the best it could be.”

Members of the Beaconsfield Golf Club have come to expect excellent playing conditions as being par for the course. Those expectations have been met by golf superintendant Doug Meyer and his team since 2001 and with a great team in place, Meyer is retiring from a successful career in the golf industry that began in 1968. Following a hockey injury as a teen, Lachute native Meyer’s focus turned to golf thanks to the input of two of his brothers-in-law. Franco Sirianni and Butch Middleton, both working in the industry as a pro and a superintendant, influenced Meyer to look at golf as a career path. “I loved it from the start,” Doug Meyer said. “I was fortunate to get my start at Carling Lake under Tom Johnson which allowed for a great deal of practical experience.” For two summers while in high school, Meyer learned all he could on the course, upon graduation, “I had no doubt that I wanted to become a golf course superintendent,” Meyer said. That led Meyer to Ontario’s Guelph University, renowned for the necessary curriculum and programs to attain superintendant status. His education continued in the summers as Meyer worked at the Cutten Golf Club. Meyer also worked as a research technician at Guelph for two years under Dean Clayton Switzer. Armed with his skills, Meyer became the superintendant of the Cedarbrook Golf and Country Club (now Club Val des Lacs) in 1975 where he remained until 1999. When the ClubLink Corporation added Cedarbrook in 1999, Meyer was tapped as Regional Superintendant for Quebec. That meant he saw to Cedarbrook, Quatre Domaines in Mirabel, the construction of Mont Tremblants Le Maitre Golf Club and the preliminary work on Le Fontainebleu Golf Club in Blainville. When Beaconsfield came calling, Meyer answered enthusiastically to see to the storied course founded in 1904. “All along the way I have had the pleasure to work with and meet so many tremendous people,” he said. “In my years at Beaconsfield, I have enjoyed making certain the course was the best it could be.” His passion for being on top of his game and in the growth of the industry, Meyer is a member of all the major golf superintendant associations, national and international. Meyer has also served as president for the Quebec association and the Canadian association; he has also earned Quebec Superintendant of the year in 1990 and the Canadian title in 2004. “What can I say about Doug Meyer?” Darren Kalyniuk President of the Canadian Golf Superintendants Association “ He is a Master Superintendent, a huge supporter of our profession, has been a member of the Canadian Golf Superintendents Association since 1975, volunteered on the CGSA Board of Directors from 1990 — 1999 — serving as President in 1998, was awarded the CGSA Superintendent of the Year in 2004, was a frequent participant at The Canadian Golf Course Management Conferences and Fall Field Days and has been an inspiration, mentor and friend to many in the industry; what an amazing career.” Meyer has influenced others to become part of the superintendant family. There are presently a quartet of protégés working as superintendants and a trio of future superintendants studying at Guelph. “That has to be the most satisfying thing,” he said. “Helping some follow their passion.” There is a golf bag full of memories Meyer will carry from his time at Beaconsfield with the proudest moment coming in 2004 during Beaconsfield’s Centennial Celebrations. “The club hosted the Canadian Amateur Championship,” he said. “It was a very proud moment in my career, having the course in top shape for all the great competitors.” It is a constant battle with Mother Nature to assure things are all good but some battles are tougher than others. “I think last year was the toughest to get the course good to go,” he said. “The ice we had did lots of damage to deal with I would say.” Sometimes it isn’t Mother Nature providing a challenge as Meyer witnessed two seasons back. “It was incredible, there was a police car chase onto the fairway and green,” he said “Without a doubt that was the strangest thing I’ve seen in my career.” The best memory he will hold happened recently when Kirkland’s Matthew Brues had an improbable performance during the annual Fall Classic Tournament. Brues recorded a hole-in-one then on the final hole of the day he carded an even rarer albatross, a double eagle, on the par-5 18th. “Matthew needs to contact the Guinness Book about that it was just amazing to see,” he said. An avid golfer, whose favourite course is St. Andrews where Meyer has played more than a dozen times, will now be a member at Beaconsfield. He has played countless courses but always hated playing his own course because, “I would always be critiquing what could be improved or where work needed to be done,” Meyer said. “Where, when I play other courses I just play.” Those tasks now fall to the very capable team in place and Meyer is there to help with the transition or to offer any advice if asked.