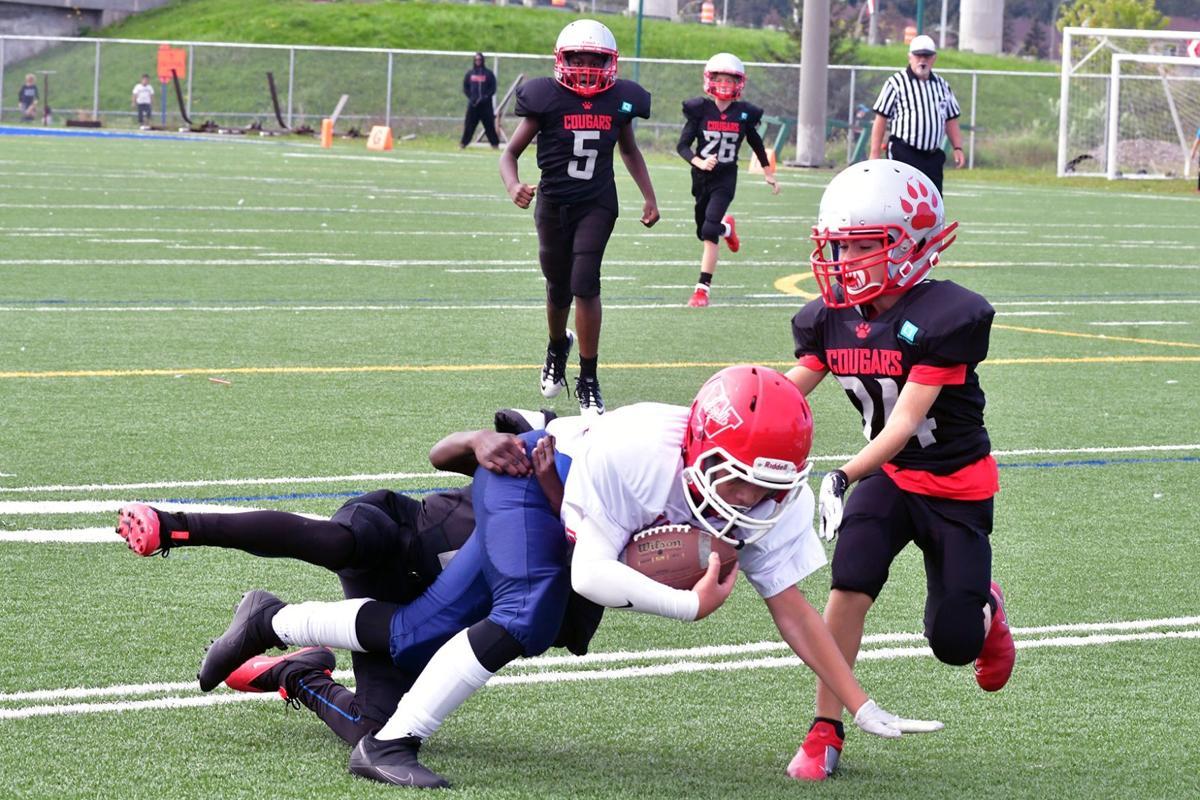 The Lakeshore Cougars wrapped-up a quartet of wins last weekend. All four teams, atom, mosquito, pee-wee and bantam, remain undefeated heading into this weekend of play. 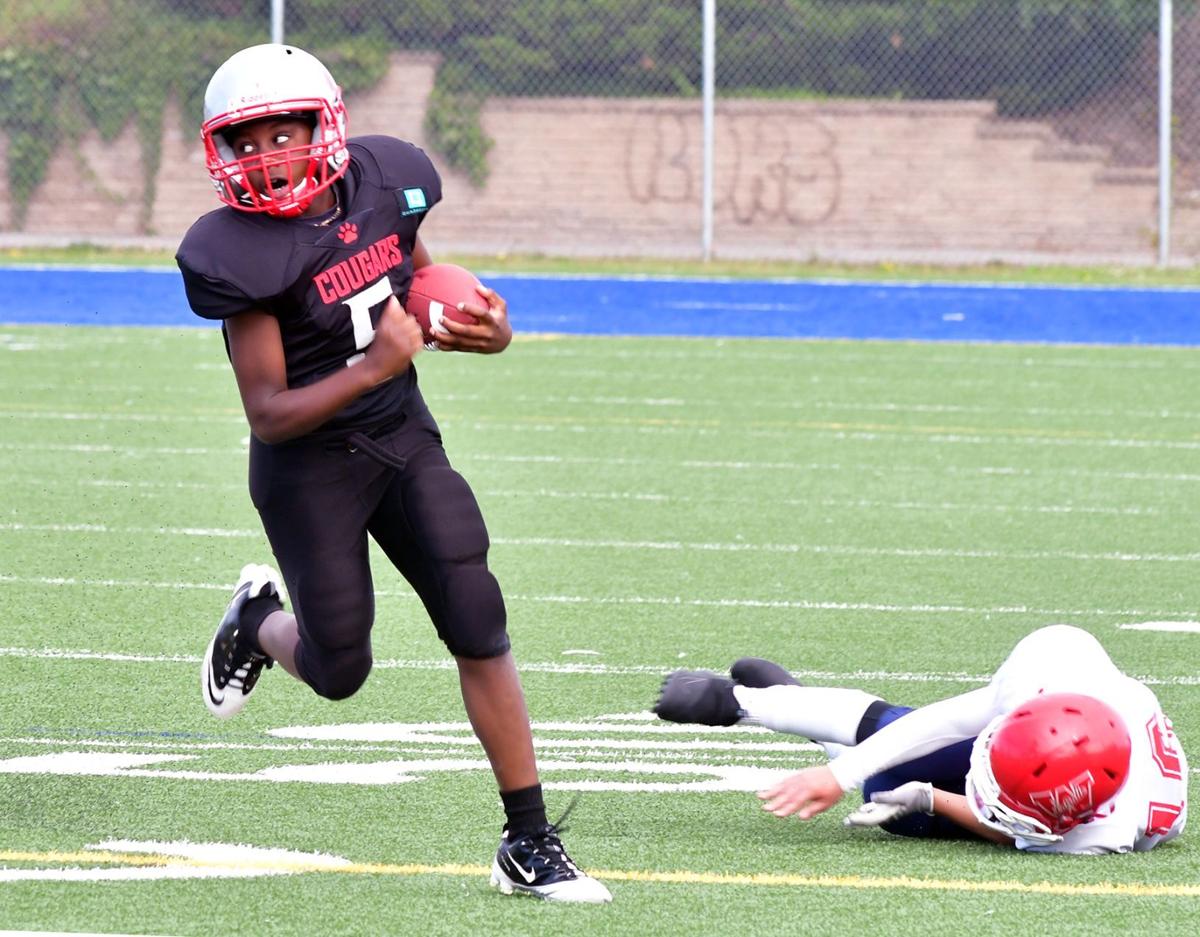 The Lakeshore Cougars were 4-for-4 at Benevoles last weekend as the atom through bantam teams remained undefeated.

The Lakeshore Cougars wrapped-up a quartet of wins last weekend. All four teams, atom, mosquito, pee-wee and bantam, remain undefeated heading into this weekend of play.

The Lakeshore Cougars were 4-for-4 at Benevoles last weekend as the atom through bantam teams remained undefeated.

The Lakeshore Cougars football organization enjoyed another excellent weekend in Montreal Regional Football League (MRFL) and Quebec Bantam Football League (QBFL) league play with home turf victories. On Saturday, the Mosquito AAA Cougars got the ball rolling with a 38-8 win over the previously undefeated LaSalle Warriors to move to 3-0 on the season. The Cougars jumped out to a 16-0 lead on touchdowns by Jeremy St-Vil and Mack-Antoine Paul before LaSalle scored their only major of the contest. Roman Cordoba, Niron Sexton and Matt Cooper all scored in the second half assuring the Cougars the victory. Head coach Glen Cooper’s squad got strong performances on offence from running back Niron Sexton as well as from guards Cole Lalonde and Ally Gallo. On the defensive side of the ledger, Sexton, Lalonde, Jackson Stote, Jake Rokas and Luke Parent all turned in strong games.

“We had some small mental errors and we will work hard this week at correcting some of those things,” head coach Glen Cooper said. “Overall, I was proud of the kids and we worked hard to get the win, but we will have to continue to get better.”

In Atom AAA play, the Cougars blanked the Warriors 50-0, jumping out to a 44-0 halftime lead on a dominant running game and two defensive touchdowns to lock up the win. Head coach Jesse Roberts got strong performances from quarterbacks Dylan Roberts and Josh MacIntosh as well. The atom Cougars also remain undefeated with a record of 3-0 and have yet to surrender a point on defence this year.

In the third game of the Saturday tripleheader, the Peewee AAA Cougars, guided by the talented quarterback tandem of Luca Simard-Roy and Daniel Devine dropped the favoured LaSalle side 14-6. Simard-Roy and Devine both scored majors on the ground to pace the win. The Cougars’ ferocious defence kicked in a safety on the first LaSalle possession to get Lakeshore on the board. The victory over LaSalle put the Cougars at 2-0 while LaSalle is now 1-1 on the season. Lance Van Borstel, Jackson Cooper, Peace Mbadi and Salikh Salakhutdinov all turned in big games against the Warriors. Head coach Ali Ajram lauded his defence’s performance. “Those guys were locked in and on fire,” head coach Ali Ajram said. “We have some things to tighten up on offence, but our quarterbacks and running backs Sebastien Mari and Hayden Gerelus helped us fight through. We’ll have to have a great week of practice to get ready for Alexander Park next week.”

On Friday, the Bantam AAA Cougars knocked off the Saint-Laurent Spartans 40-0 under the lights at Parc des Benevoles. Lakeshore quarterback Glenn Valentine overcame the loss of of star receiver Tyler Pazin to guide his unit to the win. Defensive lineman Quincy Logan had a highlight reel play with a pick six on an interception. Cougars’ head coach Stef Fiore’s squad moved to 3-0 with the win and a share of first place in the QBFL.