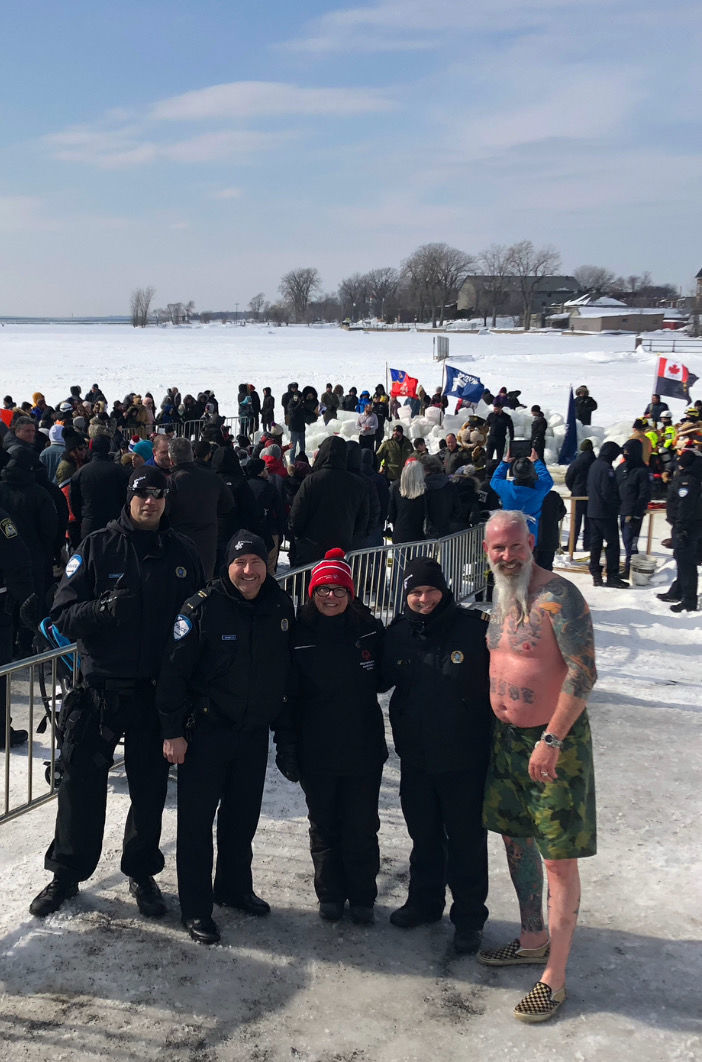 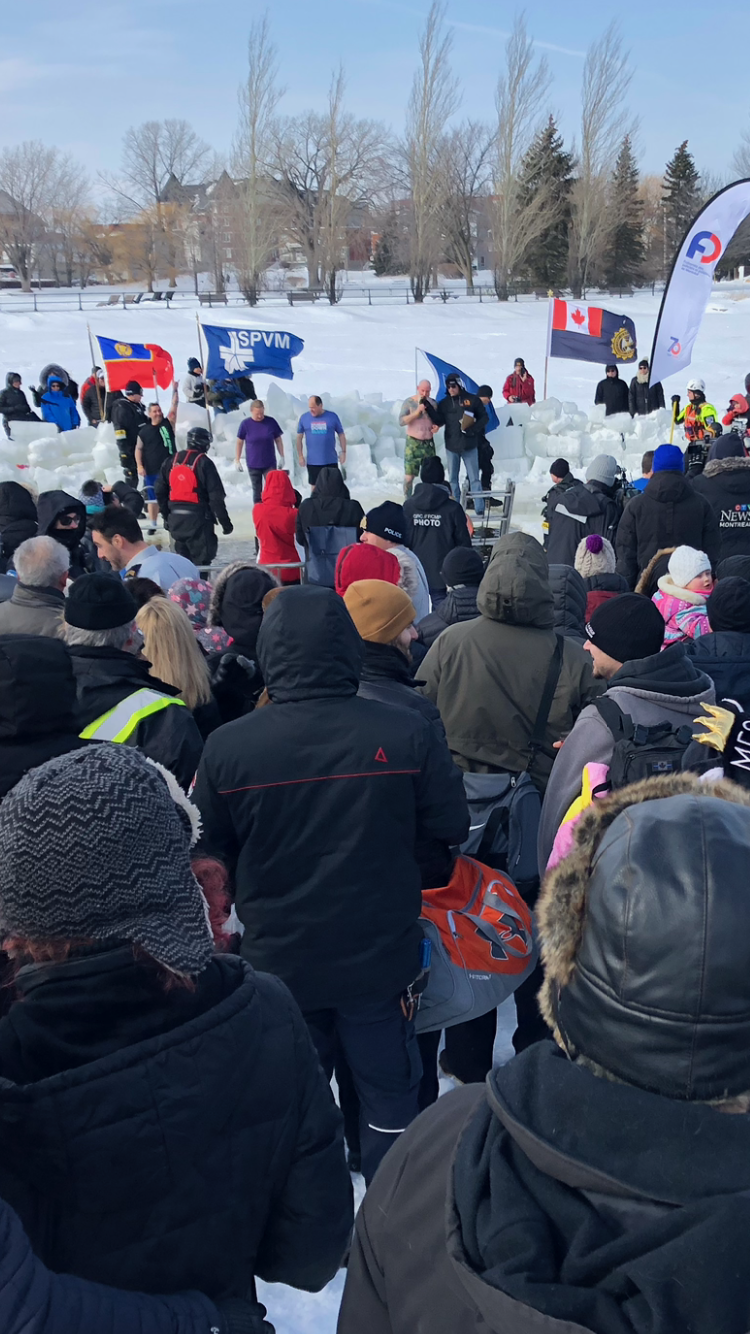 The Special Olympics fundraising team set up the 11th edition of the Polar Bear challenge in Lachine recently to raise funds for more than 8,000 Special Olympic participants in the province who compete in 17 different sports.

The Polar Bear challenge is a unique fundraiser where the brave participants pay $50 to jump off the ice into the freezing water of the St-Lawrence river atthe Lachine canal. The scene looked like a massive ice fishing hole, but instead of fishing out — the participants were fishing themselves in.

A group of people dressed in summer wear stood dancing near the entrance of the event dumping water on themselves and grooving to disco beats. Across the walkway from them was a hot chocolate stand where everyone could go to warm up. All around; police force members of the Sûreté du Québec, the SPVM, CN police and the RCMP attended the event as proud supporters of the Special Olympic games.

Deputy Montreal Mayor Sterling Downey jumped in the ice-cold water in support of the cause. “I feel that it is important to encourage and inspire people through my actions.” Downey told The Suburban. “Today is my son’s birthday; it is important for me to instill the important value of supporting the community in my family.” he explained calmly whilst standing outside dripping wet, wearing a bathing suit in sub-zero temperature.

According to Special Olympics executive director Francine Gendron, the opportunity for special needs individuals to participate in sports and to compete in the Special Olympic games helps them to grow in all areas of their life.

“The participants gain an enormous boost of self esteem which helps to develop their autonomy,” Gendron told The Suburban. “When they learn to push their limits in sports, it drives them to push their limits in life.” she explained. “When you see them competing, you just fall in love because of the great joy you experience watching them.”