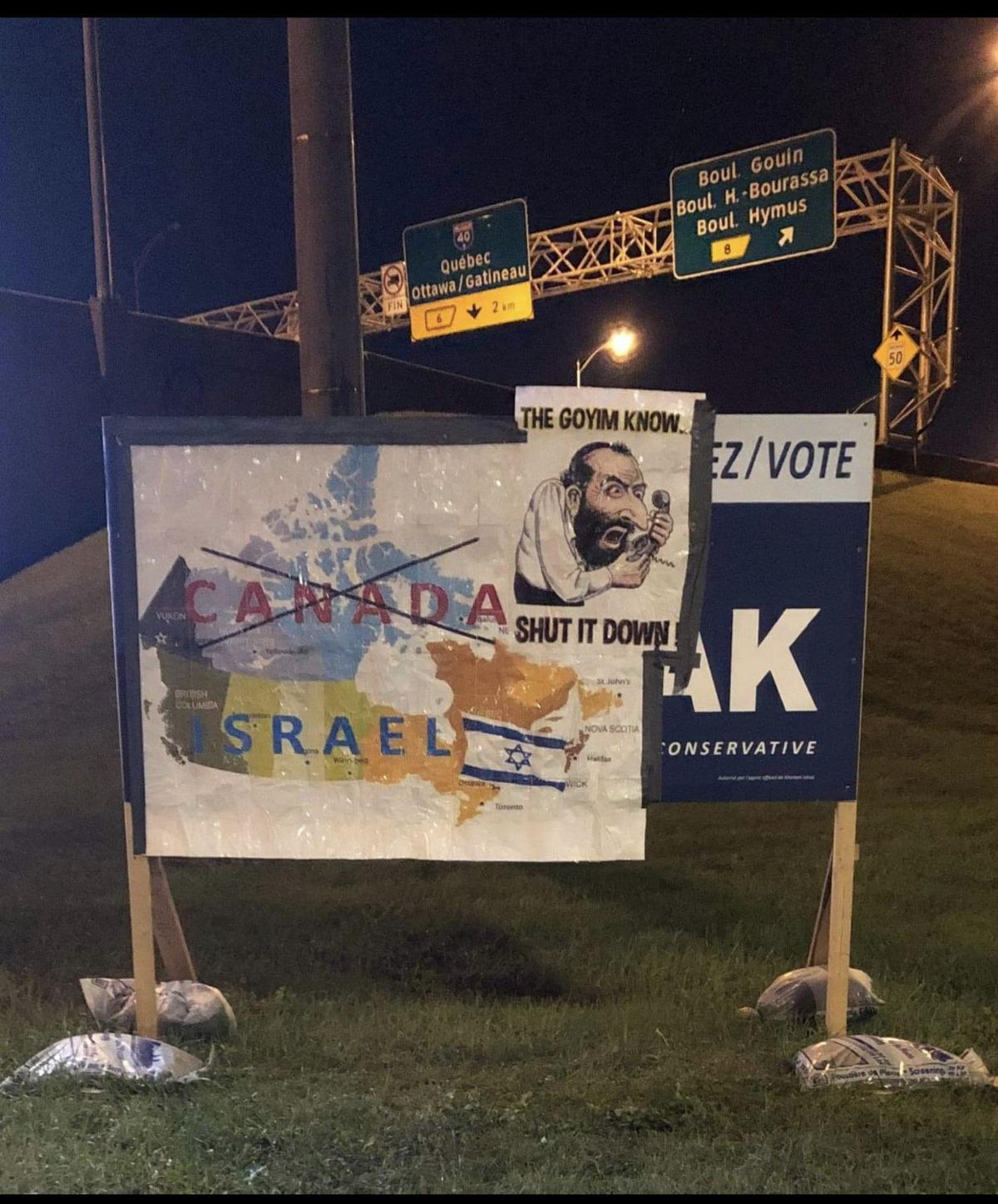 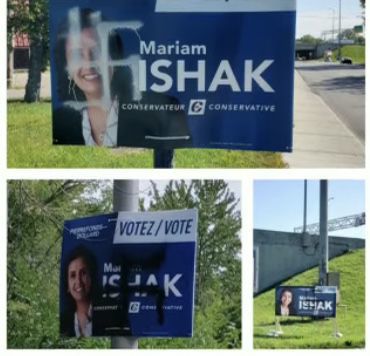 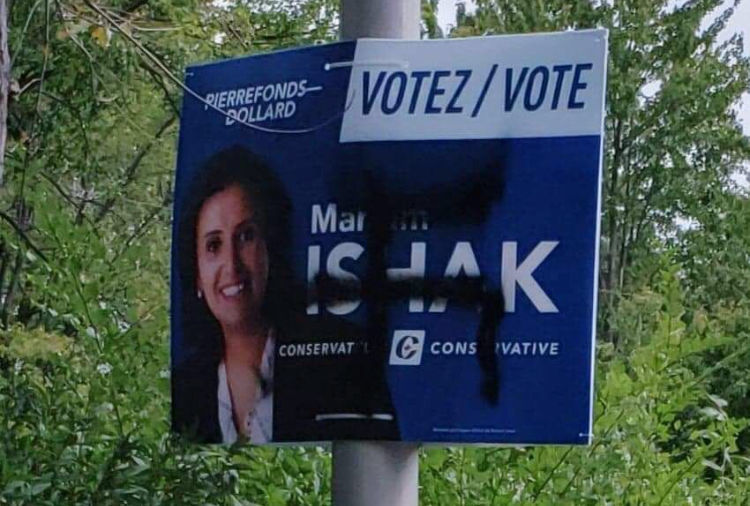 Corey Fleisher’s team works tirelessly to erase symbols of hate on political campaign signage. Cleaning the hateful displays of Swastikas and anti-Semitic tropes drawn on the campaign posters of Mariam Ishak has almost become a full-time job. Several times a week she is targeted by vandals destroying her campaign signage using Nazi symbols. One of her signs had a map of Canada attached to it and the word Israel marked on it to replace the word Canada with a vile anti-Semitic caricature next to it.

Myriam Ishak, candidate of the Conservative party in Pierrefond-Dollard has become a target of the basest racism. Ishak knows this kind of hate well. She is a native Coptic Egyptian Christian who came to Canada in part to escape prejudice. The respected banker and community volunteer, is both shocked and confused by the actions taken against her and her campaign.

Meanwhile she continues to connect with various minority groups and continues to offer her support to all members of the community in her district.

Ishak denounces all messages of hate and says to the community that this is unacceptable towards any political candidate and that this behaviour should not exist in our community or any community across Canada.