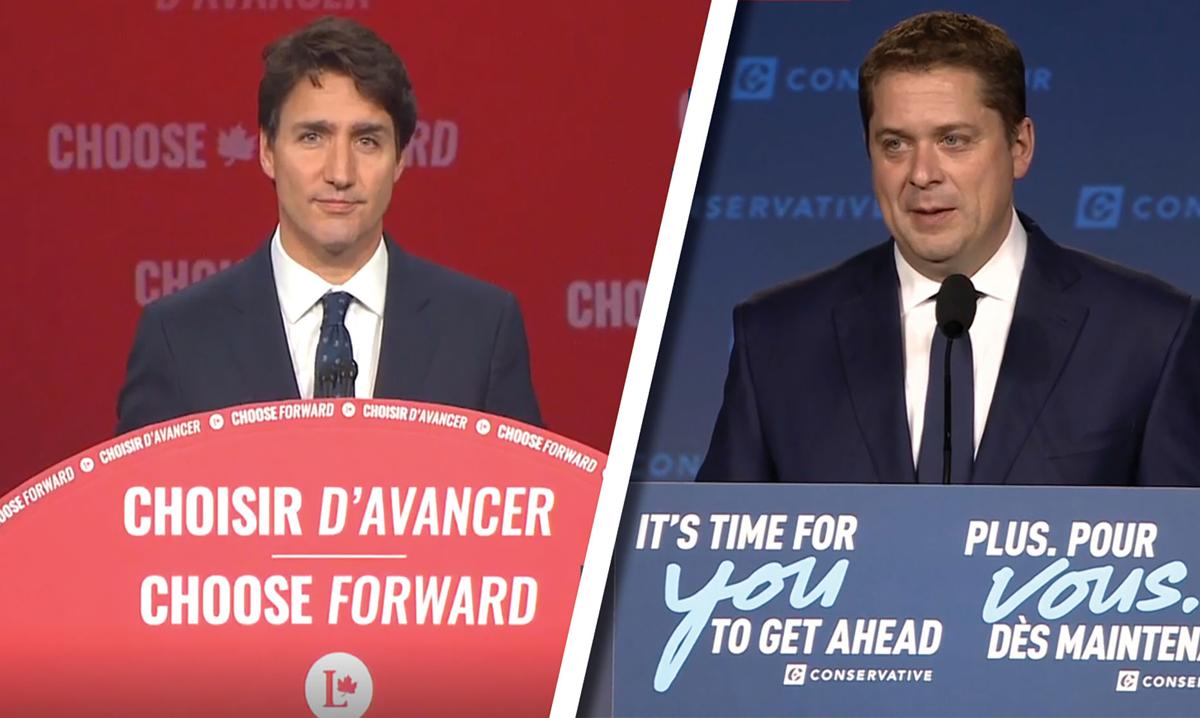 Following a hard campaign during which Prime Minister Justin Trudeau and Conservative leader Andrew Scheer accused each other“…of running the dirtiest campaign ever,” Canada’s 23rd prime minister is now the leader of a Liberal minority government that must depend on both the New Democratic Party as well as the Bloc Québecois to support its policies if it’s going to govern the nation until the next election.

During last Monday’s late-evening speech, Trudeau thanked both friends and supporters for their efforts after which he said Canadians voted in favour “of a progressive agenda, and strong action on climate change.” In his speech Scheer reminded Canadians that his Conservative Party had the biggest seat gain going from 95 to 121 and that Mr. Trudeau should, “watch out because we are ready and we are on the march.” He also reminded Canadians that minority governments generally have a life span of under 24 months.

The first sign of trouble from the Liberals came early in the evening when they lost 7 of their 32 Atlantic Canada seats. Six went to the Tories. The Liberals had held all of Atlantic Canada. The Bloc’s rise in Quebec put them almost equal to the Liberals as the latter lost some 15 seats. The BQ also hurt the Conservatives who maintained their ten seats but had expected gains. Ontario saved the day for the Liberals as the Conservatives just held onto their 35 seats. But west of Ontario the Liberals had only token representation. Four seats in Manitoba. None in energy rich Saskatchewan and Alberta. And a three way split in BC.

While the Scheer Conservatives won the popular vote by 34.5% to the Liberals 33.0%, they failed to make headway in the big urban centers of Montreal and Toronto. But they are the only party with signifcant representation in every province and region. Knowledgeable sources attributed the Tories inability to break through in the vote rich 416 area code of Toronto and in Quebec ridings they had a strong chance in, to Ontario Premier Doug Ford’s policies that faced opposition in Toronto and in Quebec were perceived as being anti-Francophone. The latter issue brought the Bloc Quebecois back to life.

Even though the NDP saw their seats slashed almost by half to 25, once the Bloc’s 32 seats are added into the equation it is clear that Prime Minister Trudeau will have to sit down and have a serious conversation with both parties in order to maintain his position against Andrew Scheer’s Conservatives in Canada’s new Parliament.

Although he lost his formerly safe seat in the Québec heartland, Canadian People’s Party leader Maxime Bernier did say that he would continue to lead his party to an eventual victory. Former Justice Minister Jody Wilson – Raybould will now occupy her own seat as an independent in House of Commons beside Green Party leader Elizabeth May and two other ‘Greens’ who also won their seats during last night’s election. n