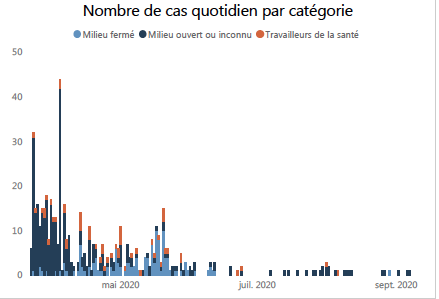 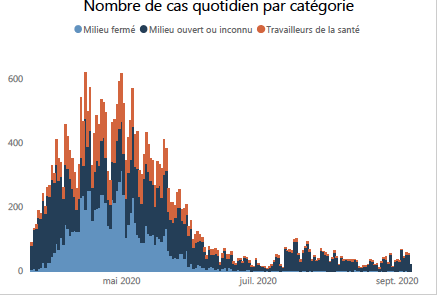 However, these statistics do not include cases in “closed milieus,” such as seniors homes, hospitals and rehabilitation facilities.

In Dollard des Ormeaux, cases went from less than five in the last week of August to 20 in early September.

In Dorval, new cases went from less than five in late August to zero in early September. Kirkland’s statistics were similar to CSL’s, less than five new cases in each of the two weeks. The same applied to Town of Mount Royal.

Amongst west end and West Island boroughs, CDN-NDG had 20 new cases in late August and 21 in the first week of September, Lachine had less than five new cases in each of the two weeks while LaSalle increased from six to 13 cases.

Montreal North, went from 10 to 25 new cases; Rivière-des-Prairies-Pointe-aux-Trembles, from seven to 19 new cases; and Rosemont-La Petite Patrie, from 12 to 23. Downtown Ville Marie had 25 new cases each of the two weeks.