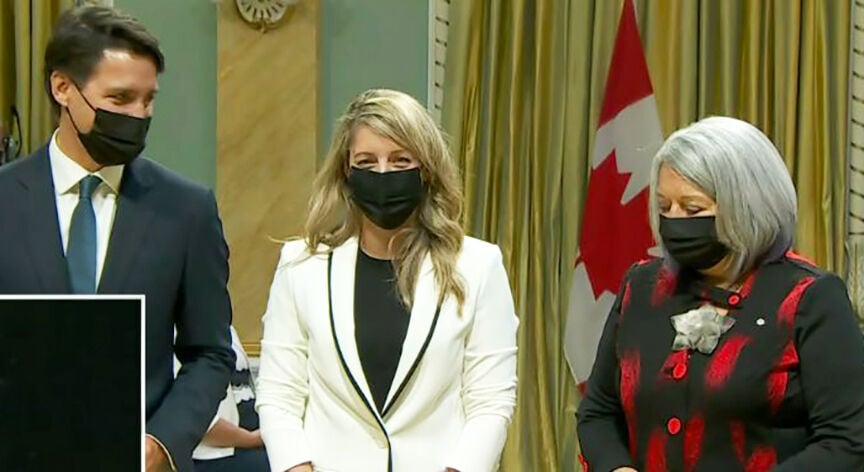 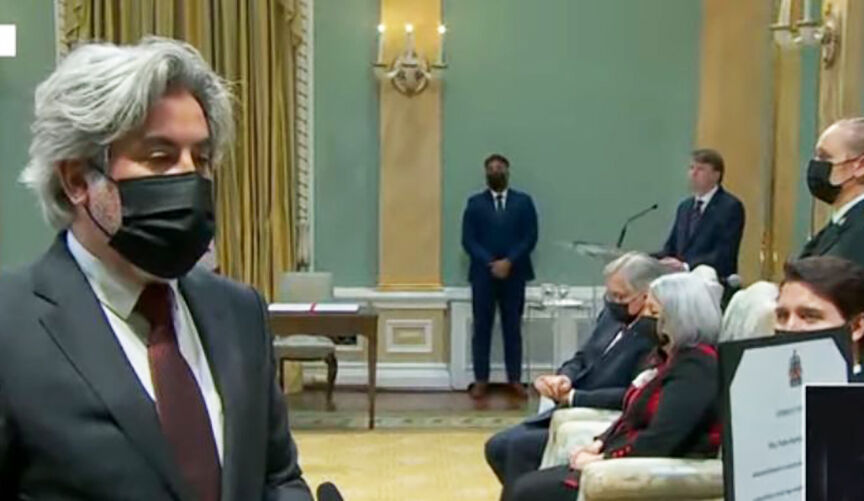 Pablo Rodriguez is sworn in as Canadian Heritage Minister and Quebec Lieutenant.

Prime Minister Justin Trudeau shuffled his cabinet ahead of the next session of Parliament Tuesday, resulting in former Foreign Affairs Minister Marc Garneau being out of cabinet, replaced in that position by Mélanie Joly, who had been Official Languages Minister. Reports say Garneau is expected to become an ambassador, which would mean that a by-election would have to take place in his riding just months after the MP was re-elected.

As well, Harjit Sajjan, under fire in relation to sexual misconduct allegations in the Canadian military, is demoted to Minister of International Development and Minister responsible for the Pacific Economic Development. Anita Anand, who was public services and procurement minister, takes over National Defense.

Trudeau tweeted that his new team will "work to keep you safe, finish the fight against COVID-19, make housing more affordable, address climate change, create good jobs, walk the path of reconciliation, and build a better future for everyone."

The new cabinet has 39 members, and only seven are remaining in their current positions.

The other ministers, continuing and new:

• Jean-Yves Duclos is the new Health Minister and Carolyn Bennett becomes his associate minister of health and is  Minister of Mental Health and Addictions, a new portfolio.

• Bardish Chagger, who was Minister of Diversity and Inclusion and Youth, has been shuffled out of cabinet.

• Marie-Claude Bibeau is Minister of Agriculture and Agri-Food.

• Phillipe Champagne is Minister of Innovation, Science and Commerce.

• Mona Fortier is President, Treasury Board.

• Karina Gould is Minister of Families, Children and Social Development.

• Ahmed Hussen is Minister of Housing and Diversity and Inclusion.

• Marci Ien is Minister of Women, Gender Equality and Youth.

• Kamal Khera is Minister of Seniors.

• Dominic Leblanc is Minister of intergovernmental Affairs, Infrastructure and Communities.

• Lawrence MacAulay is Minister of Veterans Affairs and Associate Minister of National Defence.

• Joyce Murray is Minister of Fisheries, Oceans and the Canadian Coast Guard.

• Pablo Rodriguez is Minister of Canadian Heritage and Quebec Lieutenant.

• Pascale St-Onge is Minister of Sport and Minister responsible for the Economic Development Agency of Canada for the Regions of Quebec.

• Filomena Tassi is Minister of Public Services and Procurement.