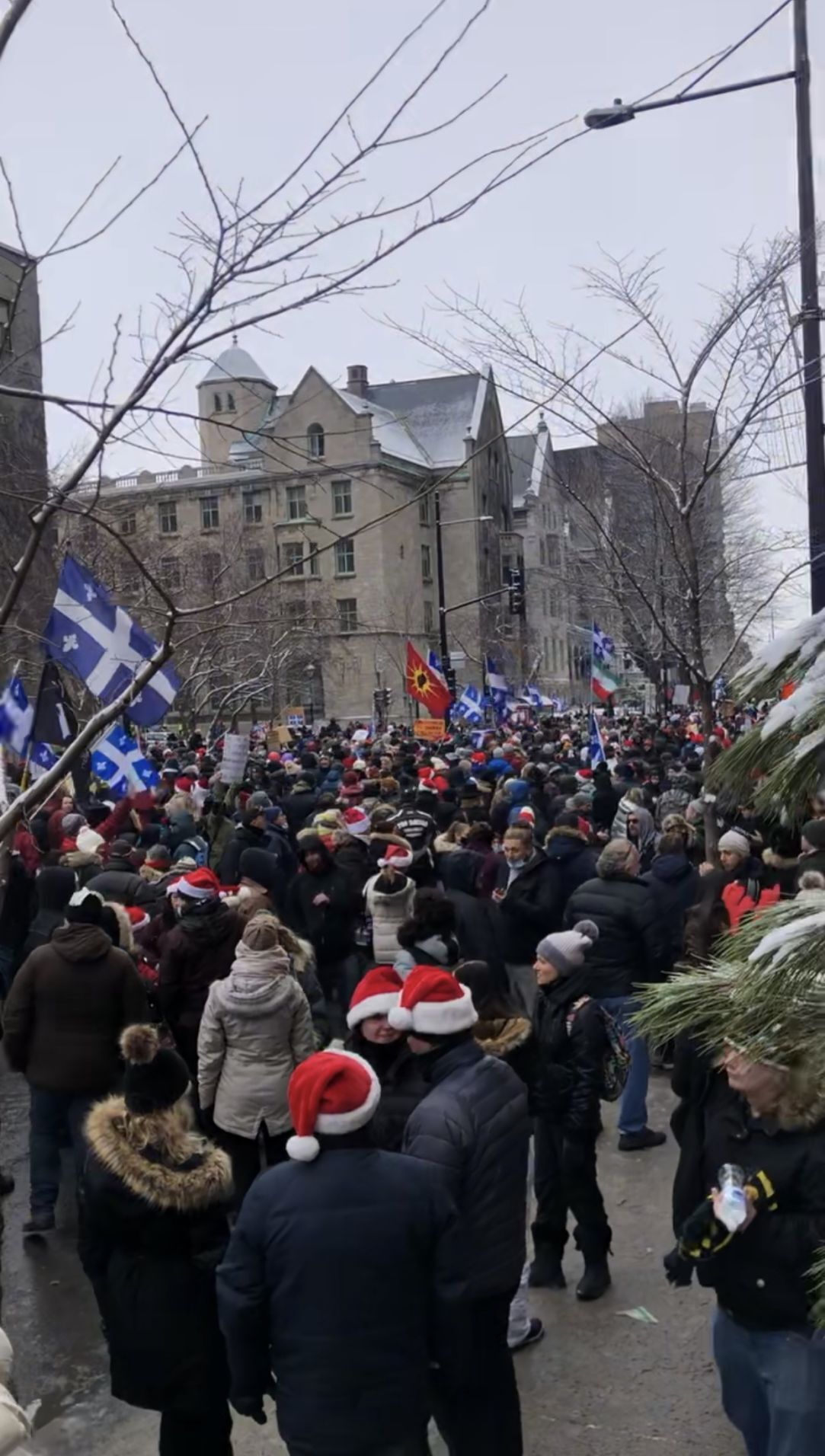 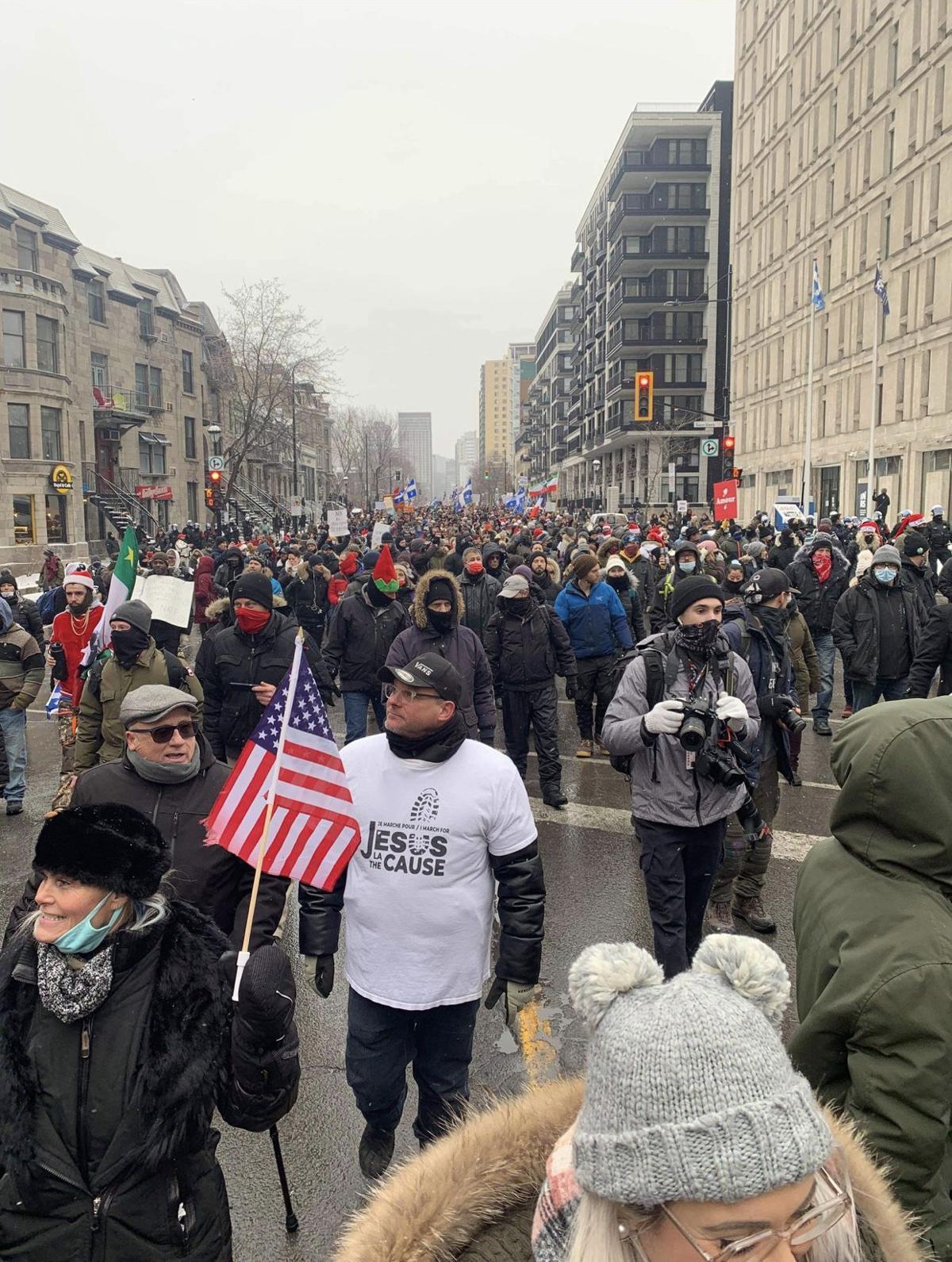 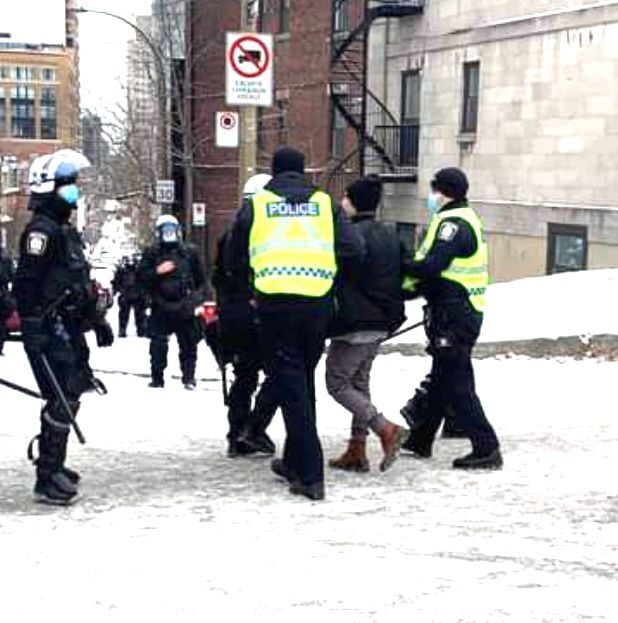 Thousands of protesters — estimates put the number at close to 5,000 — gathered Sunday in front of Premier Legault’s head office in Montreal.

The group leading the protest, Action Coordination, advocates that the lock-down measures have caused more damage to public health than the damage the government intends to avoid.

Many families with children attended as it was also advertised as a holiday gathering. There was a large police presence on site. The majority of protesters were not wearing masks and were warned on several occasions by officers using loudspeakers to respect sanitary regulations and distancing or police would use enforcement procedures authorized by the emergency health regulations.

Multiple arrests were made on site. According to an eyewitness, one arrest included a mother accompanied by her three children. Protesters marched east on Sherbrooke, yelling out “Liberté” and “un peuple uni ne sera pas vaincu”(a people united shall not be defeated.) There were drums and pots and pans being used as noise makers.

Onlookers living in proximity watched from their windows as the crowd marched by, some offering encouragement and others yelling out angry words.

For the last two months the people of Quebec have endured the Covid-19 Prison sentence with lack of food along with goods and services. They are tired of having criminal felony records unjustly put upon the masses of the Province. They want to overthrow Legault the abuser and will seek a new Premier. First things first, the people should direct their protest to demand this abuser to allow the Covid-19 Vaccine be shipped to health workers and the people as fast as possible. Then hold this Premier in judgement either to be voted out or overthrown when the rate of the virus falls next year and take back their province for freedom once again.