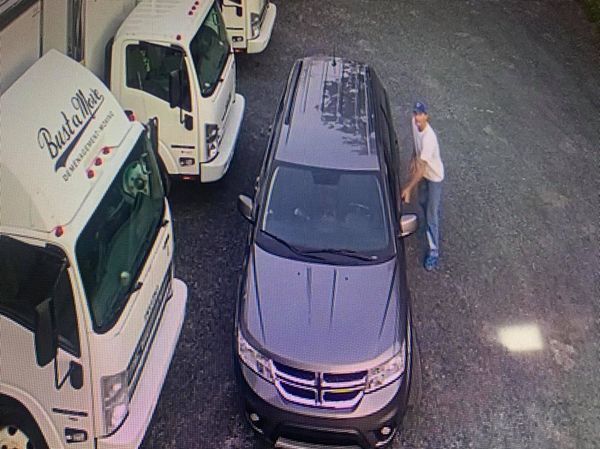 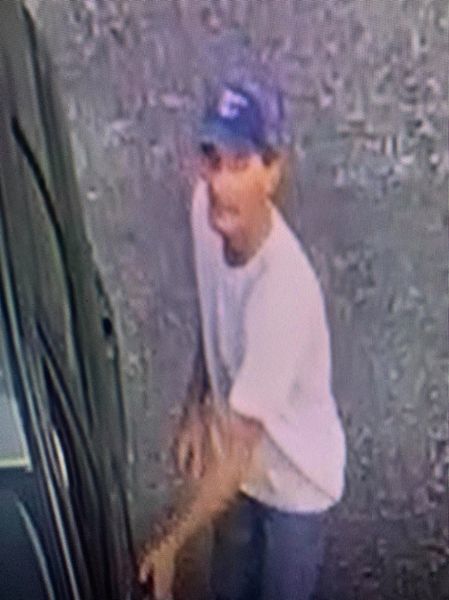 Local moving company Bust-a-Move was hit hard recently when an individual entered its property and stole all 12 catalytic converters from the company's truck fleet, damaging the exhaust systems and grounding their entire rolling stock hours before they were set to go and serve clients on the weekend.

“He waited for our last truck to return Friday night at 6:30 and at 7:00 he came through the fence and got to work,” co-owner Jonathan Painchaud told The Suburban. “He knew what he was doing.”

Armed with a reciprocating saw to cut the pipes and a grinder to cut the fence on Saint-Jacques, the thief got to work and made off with his bounty in 20 minutes says Painchaud, who posted a picture of the man and his vehicle - a dark grey Dodge Journey with black mags and red calipers - on Facebook, and is offering a $3000 cash reward for information leading to his arrest for the theft and damages estimated at about $25,000.

Having his entire fleet temporarily grounded Saturday morning meant a mad scramble to get emergency repairs done and get people moving. “We can't dump our clients and we are lucky that they are understanding, and everything worked out,” but it was no easy feat to find all the necessary parts on a Saturday morning.

Bust a Move has been established at that location in NDG for about a decade and this is the first such incident. Painchaud says the ideal thing would be “to catch him with the cats still in his possession so I wouldn't have to replace them but to also have him arrested so he doesn't come back in six months and hit us again.”

There's not much you can do to protect a vehicle from catalytic converter theft if there is access to the space, but some people use rebar steel cages around their trucks. “The problem is we never think about it, but now we would for sure.” The surest way to prevent theft is to park indoors or find a mechanic to install a protection plate to make it harder for thieves to access the converter. In either case, the higher the clearance of the vehicle the easier it is for a thief to gain access.

Thieves can usually remove a converter in a minute or less, the parts widely sought because of their precious metal content: platinum, rhodium and palladium, all of which can fetch thousands of dollars per ounce and be unloaded quickly for up to $1500 a unit depending on the size of the vehicle. Hit with a $15,000 deductible and inconveniencing his clients, Painchaud said losing the converters and the exhaust systems “is not the end of the world but it definitely hurts.”

“This wasn’t his first job and won’t be his last unless we catch him,” he said in his Facebook post.

There were 2219 cases of catalytic converter theft reported across the entire Montreal territory last year according to Montreal Police. That's more than three times the number from 2019 and almost a 700 % increase over 2018, the hike primarily due to an increase in the price of the metals whose value has almost quadrupled over the last three years.