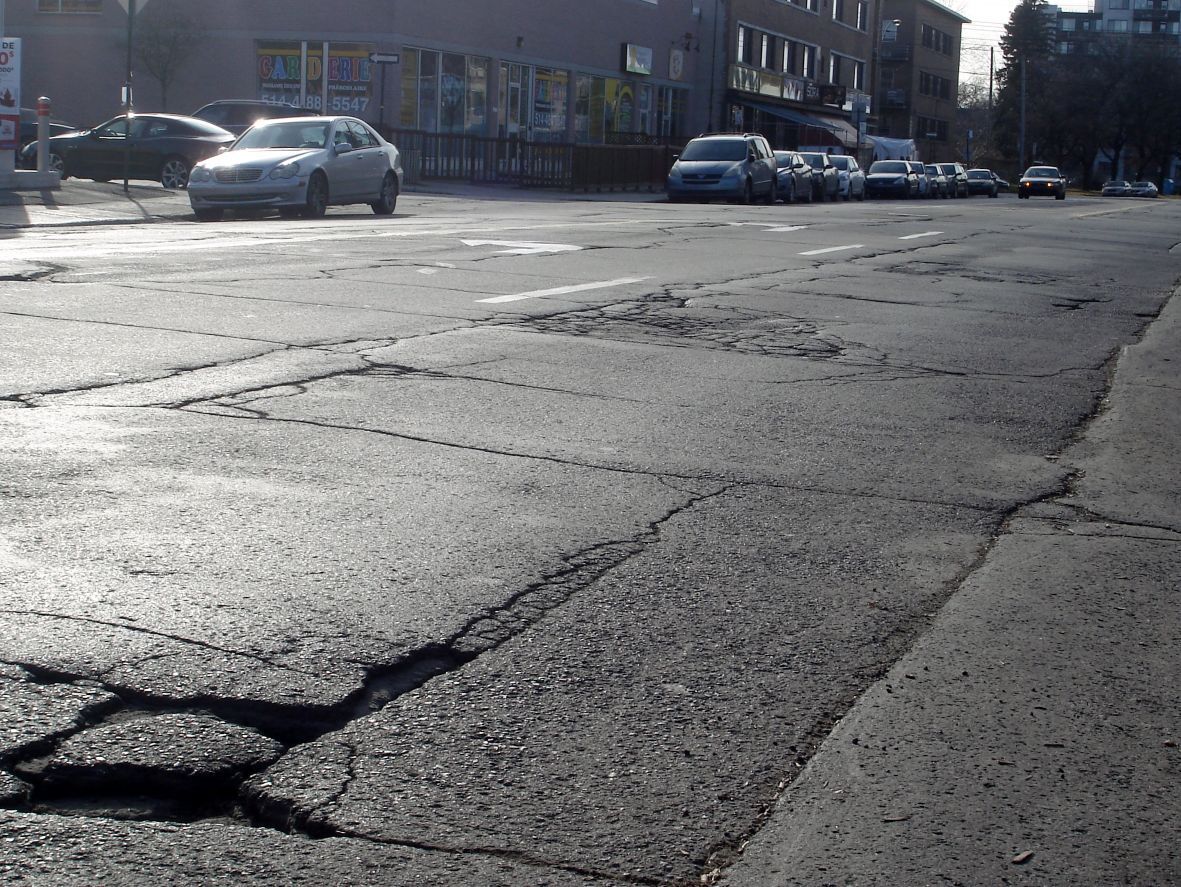 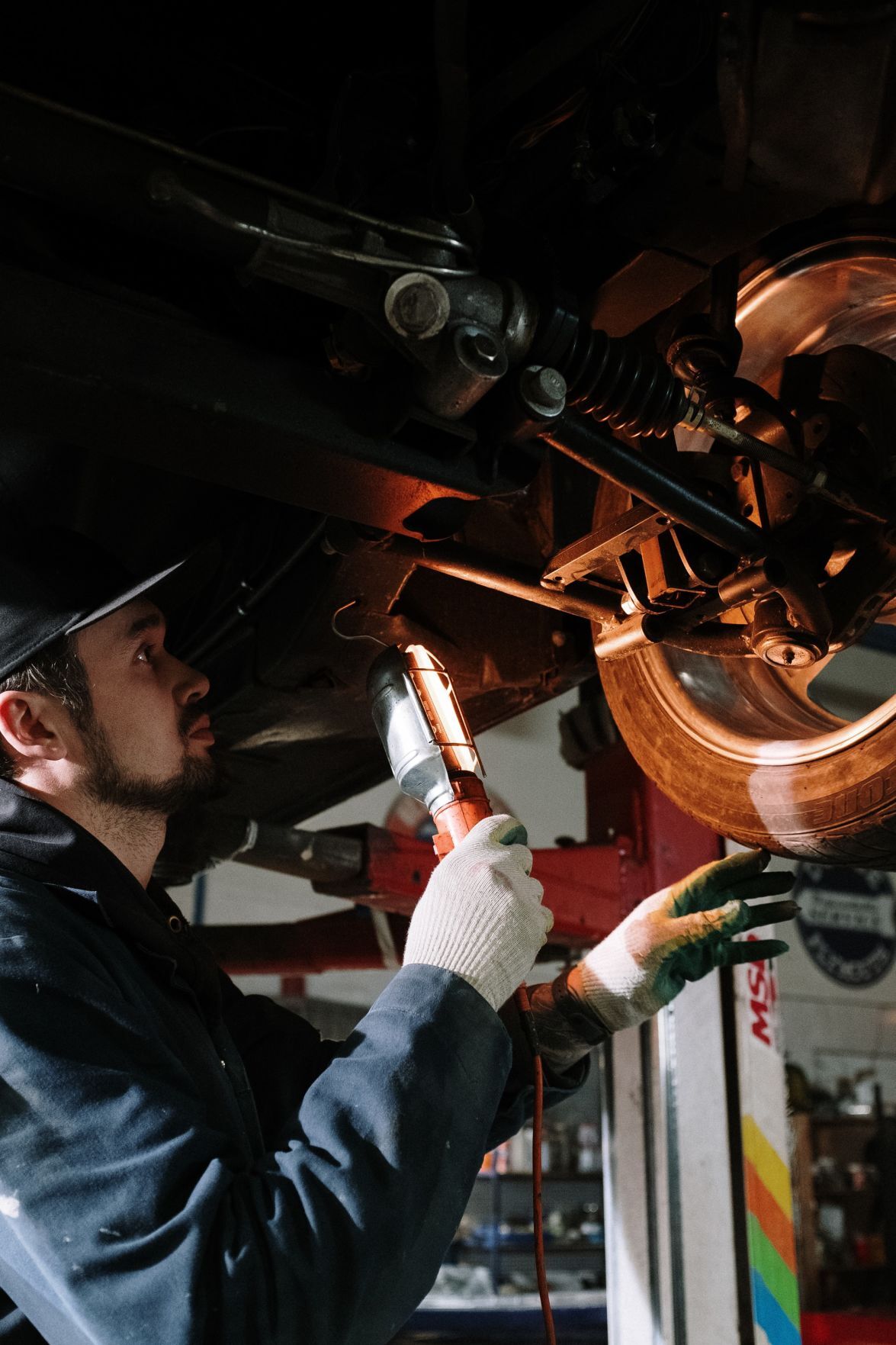 It’s not just a well-worn punchline: Quebec has the worst roads in Canada according to the Canadian Automobile Association.

In addition to frustration, anger and a few jarred bones and internal organs, Quebecers are paying nearly $1.4 billion a year for the privilege of driving on the nation’s costliest roadways, according to a new CAA study.

In Quebec, the average vehicle travels 16,685 kilometres per year and costs an extra $258 for drivers to maintain due to poor quality roads, with Quebecers far out-spending their fellow Canadians, more than double the Canadian average of $126.

What’s worse, says CAA-Quebec’s vice president for public affairs and road safety, Sophie Gagnon, “We’re only talking about the unpredictable costs on top of what drivers in the province already pay each year. Since the average age of passenger vehicles and light trucks in Quebec is about eight years, we’re talking about over $2,000 per vehicle!”

Apart from the toll on cars and wallets, poor-quality roads also affect ride quality, comfort and most concerning, safety on the road for pedestrians, cyclists, drivers and motorcyclists. “Whether Quebecers are driving on a country road or highway, they shouldn’t have to worry about encountering a sudden hazard or their vehicle suffering premature wear and tear that they then have to pay for out of pocket every year.”

Architect, former D’Arcy-McGee MNA and Côte Saint-Luc Mayor Robert Libman has spoken and written extensively about Quebec’s roads problem, and says too many companies and unions benefit from building roads that are substandard in Quebec, “that they have to repair in a year or two.”

Standing up to such behavior on the part of government is step one he told The Suburban: “Municipalities are facing a cash crunch to begin with, and having difficulty making ends meet to provide reasonable services. You think at the municipal level they would say that enough is enough already.”

Libman also suggests the federal government has a part to play in the construction industry’s resistance to new technologies, like polymer-modified asphalt which can prove far superior he says, up to 10 times better, than what is used today in terms of durability and withstanding temperature change. “We’re talking about major infrastructure here.”

He says politicians should be including performance characteristics and quality standards in all public tender contracts, rather than just minimal requirements. “Whenever there are follow-ups to do or additions, do you think that the quality is up to par? Would you redo your roof without getting a warranty that it would last longer than five years?”

Past estimates have placed total replacement costs of Canada’s fair, poor, and very poor roads at $125 billion, a large expense the CAA agrees, but insisting there are things that can be done to quickly improve the situation and, by extension, reduce the financial burden on all governments and drivers.

Prevention is always better than cure especially from a cost perspective, says the CAA statement. “Governments must act quickly to fill potholes and other major surface deformations and invest in targeted and preventive repairs to high-volume and strategically important roads to make a tight budget go further.”

According to a 2019 study, every dollar spent on preservation eliminates or delays $6-$10 in repairs. Canadian vehicle owners spend $3 billion in repairs, maintenance and other related expenses, with Quebec accounting for almost half of that amount, says CAA vice-president Ian Jack. “A vehicle is the second-largest expense for the average household. Every dollar a driver has to pay to operate their vehicle is a dollar they don’t have to spend on everyday wants and needs.”

In addition to the cost of repairs and shoddy infrastructure, Quebec also holds the distinction of the nation’s third worse bottleneck, according to 2015 numbers, with the 10.6-km-stretch of Highway 40 between Pie-IX and Côte-de-Liesse costing society 1.95 million hours and $45.6 million in productivity costs. Relieving these bottlenecks could save $4.2 million in fuel costs and eliminate nearly 11 million kilograms of CO2 emissions.

Re fuel consumption. I do not at any time think that improving travel efficiency is considered. The more we waste gasoline, the more the government revenue, based on fuel taxes.

I live in CSL, and what is horrific are the stop signs along Fleet. Imagine the waste of gasoline if one has to stop at each sign. Each stop and acceleration is 1/4teaspoon of fuel wasted. Not only fuel waste, but the residents along the route have the fumes, the dust from the brake pads, and the noise. Synchronized lights from Décarie to Cavendish would be most beneficial to car owners and property owners along the way. Hamstead residents, to avoid dust and fume infiltrations, are not able to open windows in their homes, except in summer after dark.

Yes, fix up roads, that will save the government money, and in turn, will reduce the tax rate on gasoline.