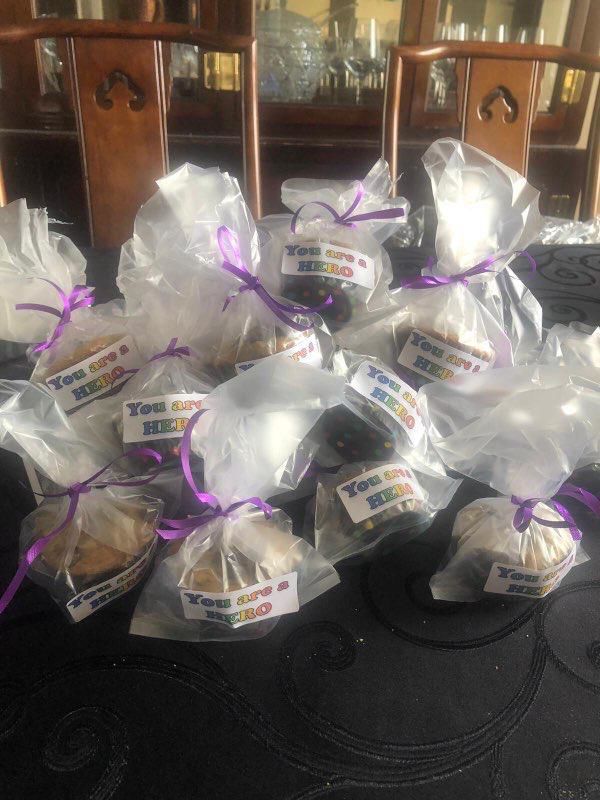 The packages have messages of gratitude to front line health care workers. 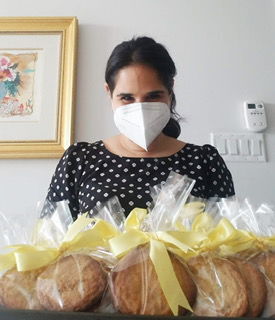 Leslie Perez with the sweet products of her work.

The packages have messages of gratitude to front line health care workers.

Leslie Perez with the sweet products of her work.

Countless Montrealers have stepped up to provide comfort in numerous ways during the COVID-19 crisis, and one of those many efforts has been Federation CJA’s Bake It Forward MTL.

For eight weeks, as part of Federation’s Women’s Philanthropy group, some 380 volunteers baked cookies, muffins and other sweet delights and 31 volunteers delivered them to some 2,000 front line health workers and heroes at 25 institutions in appreciation of their efforts to counter the effects of COVID and care for those afflicted.

Leslie Perez, a single mother of two, an entrepreneur and communications expert, spearheaded the effort.

“I wanted to feel useful during these very difficult times,” she says. “It was very hard to be indoors and not be able to do something to help out, to alleviate others, so I came across this idea of Bake It Forward and I thought it was a good idea to take it on and make it our own.”

Perez started her own group, “and then I reached out to my friends at Federation, and I felt we could really do something great, that we could help our front line workers and make people at home feel useful, and be able to give back.... We had strict sanitary guidelines, everybody wore a mask and gloves while baking, and people wrote beautiful ‘thank you’ messages.”

She added that the success of the Bake It Forward MTL initiative “was made possible thanks to a group of dedicated volunteer community bakers.

Perez pointed out that at the effort’s peak, in one week, volunteers baked more than 3,600 brownies that were delivered by Federation to all 25 of the institutions.

“Every week, we had a designated recipe— one week it was oatmeal cookies, the next week it was banana muffins, and brownies and chocolate chip cookies, so everybody baked the same thing each week. The week we had 3,600 brownies was incredible.”

Another week, there were 125 volunteer bakers, and the treats were distributed to more than 2,000 health care professionals.

“Every week, we surpassed our goal — what was supposed to be 70 dozens, doubled, and it was impressive to see how the community came together, baking together from home and feeling like we’re contributing in some way.

Generally, “I think we have the capacity, within ourselves, to turn our outlook around and try to find the positive amidst this time of uncertainty.”