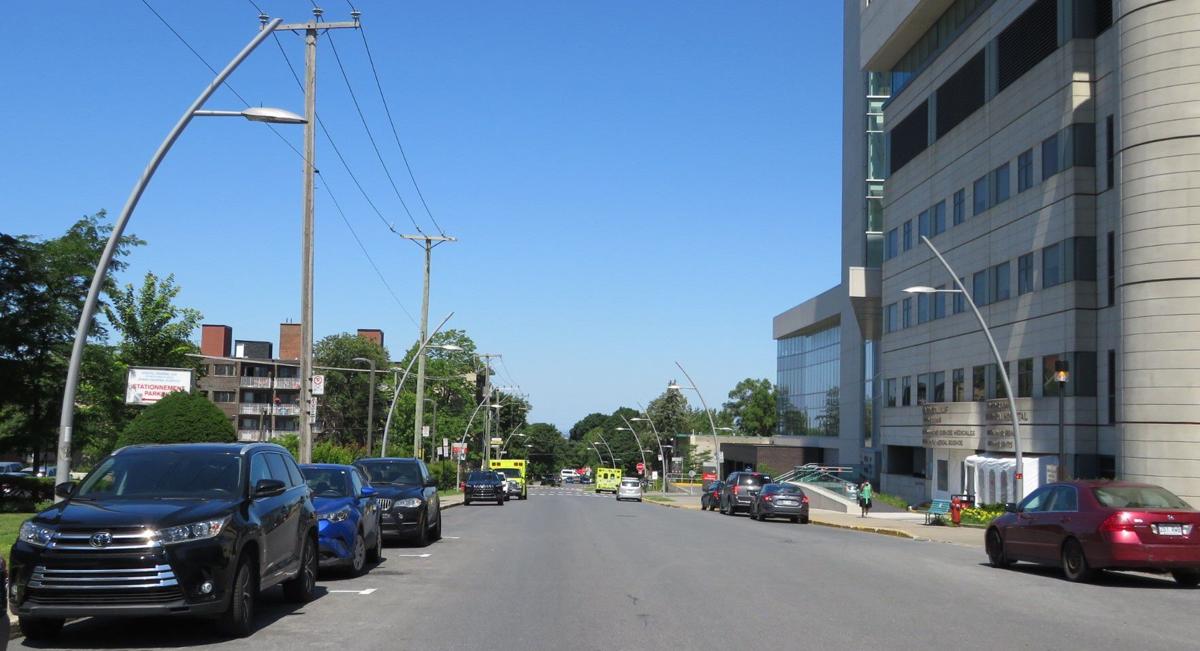 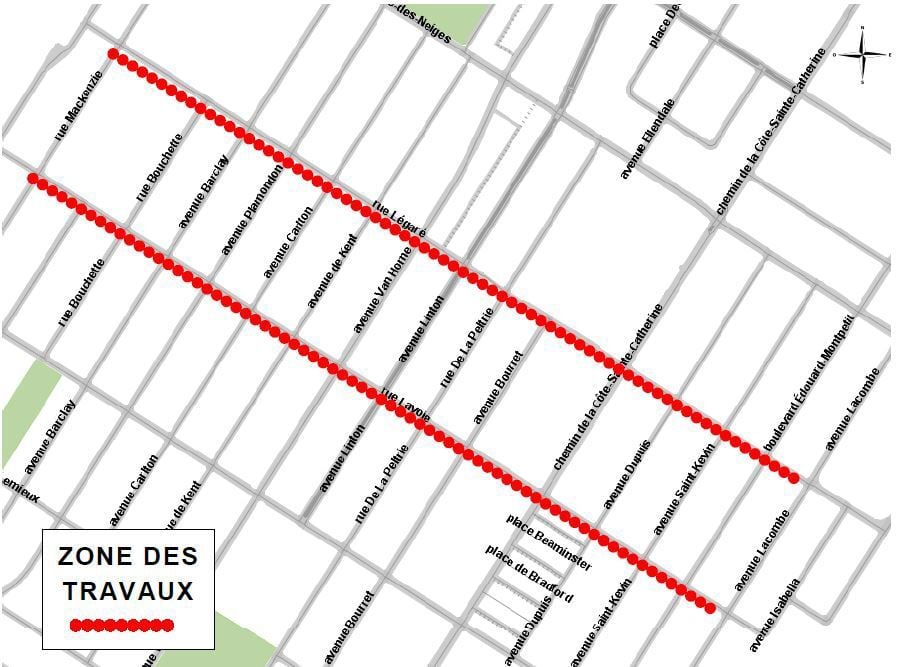 Montrealers’ orange cone fatigue shows no sign of letting up, even now, mere weeks into a slowly re-emerging economy and city, as residents head back into the summer pylon festival.

The city issued an advisory last month to area residents, businesses and institutions about dust and parking restrictions surrounding the Jewish General Hospital, as new bike lanes on Légaré and Lavoie are being installed next week to help connect with the existing bike network between Édouard-Montpetit and Mackenzie.

Parking will be restricted during the work, but Côte-des-Neiges—Notre-Dame-de-Grâce Borough Mayor Sue Montgomery’s office says not a single parking spot is being removed, confirmed by the city centre, and that the paths will be between parking and traffic lanes.

Local streets fall under borough jurisdiction, but the cost is borne, and work is being done, by the centre city, part of the “Plan Vélo” adopted by Montreal in 2019 that aims to double the city’s biking network.

The Légaré southbound bike lane, bounded by painted white stripes with pictograms and arrows, will be installed on the west side and will not cross the entrance or exit of emergency vehicles serving the hospital.

Despite Montgomery’s legal and political scrap with Montreal Mayor Valérie Plante and former Projet Montréal colleagues over authority of their respective offices, the shared attachment to bike paths remain. “There is a growing demand for more and safer biking infrastructure,” Montgomery told The Suburban.

With part of the path running by the emergency entrance, the JGH acknowledged in a statement the need for paths while expressing concern about traffic. “There is two-way traffic on Legaré. There are also many pedestrians in the area, a number of whom require various services at the JGH.” Asked about the proximity to the hospital entrance, a city statement says the hospital was informed and “the lanes do not cause any changes that could affect hospital operations,” adding that adjustments could be made.

Montgomery’s office says the measure would have been approved by emergency services through the Centre de coordination des mesures d’urgence (CCMU). “Investing in cycling infrastructure is a concrete way to fight climate change and encourage healthy habits” she said. “All forms of transportation need to share the road.”

The work is expected to continue until August 3.