You are the owner of this article.
Edit Article Add New Article
You have permission to edit this article.
Edit
Search
Home
News
Opinion
A&E/Life
Sports
Columnists
Blogs
Extras
Business Profiles
Crossword
Job Board
Suburban Shorts
Covid-19
On Air
1 of 4 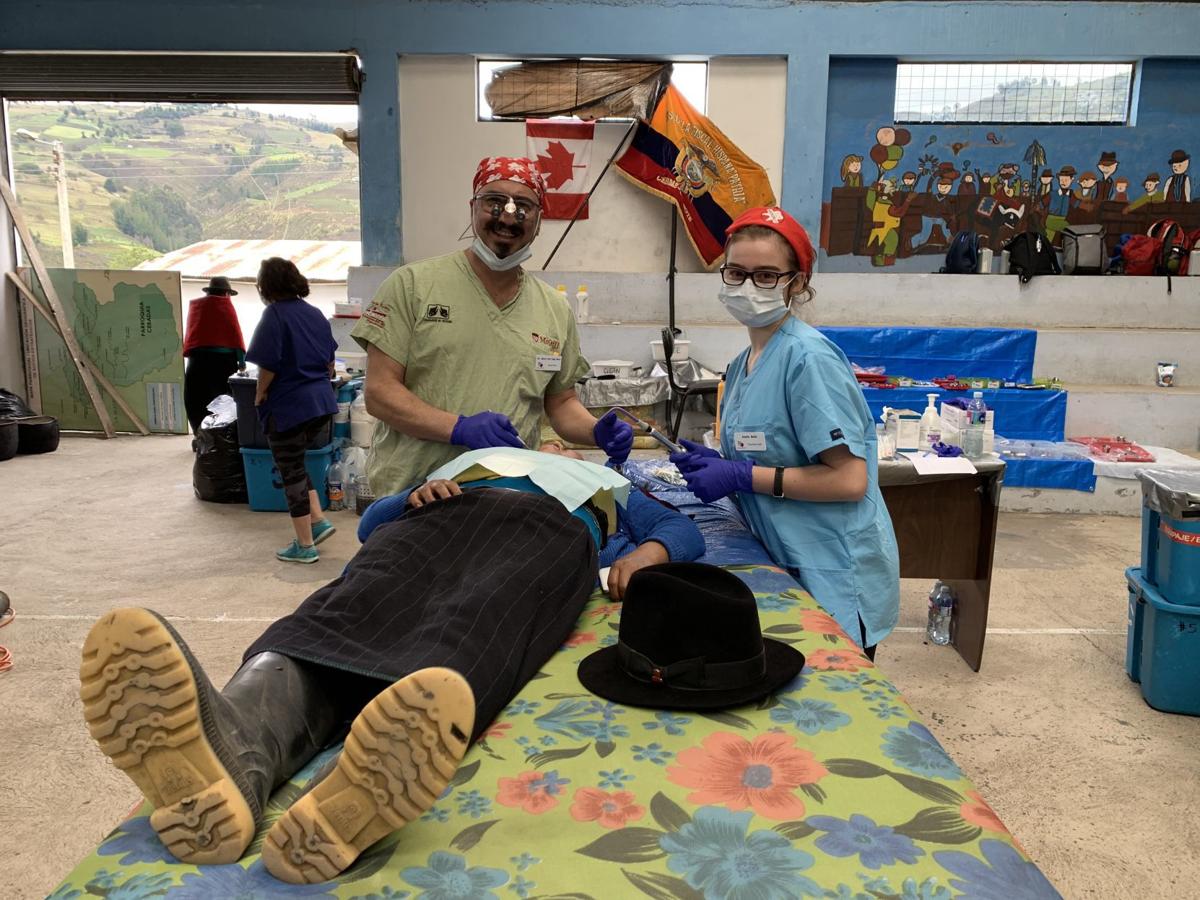 Gerard and Amélie Melki at work on Ecuadorean mission. 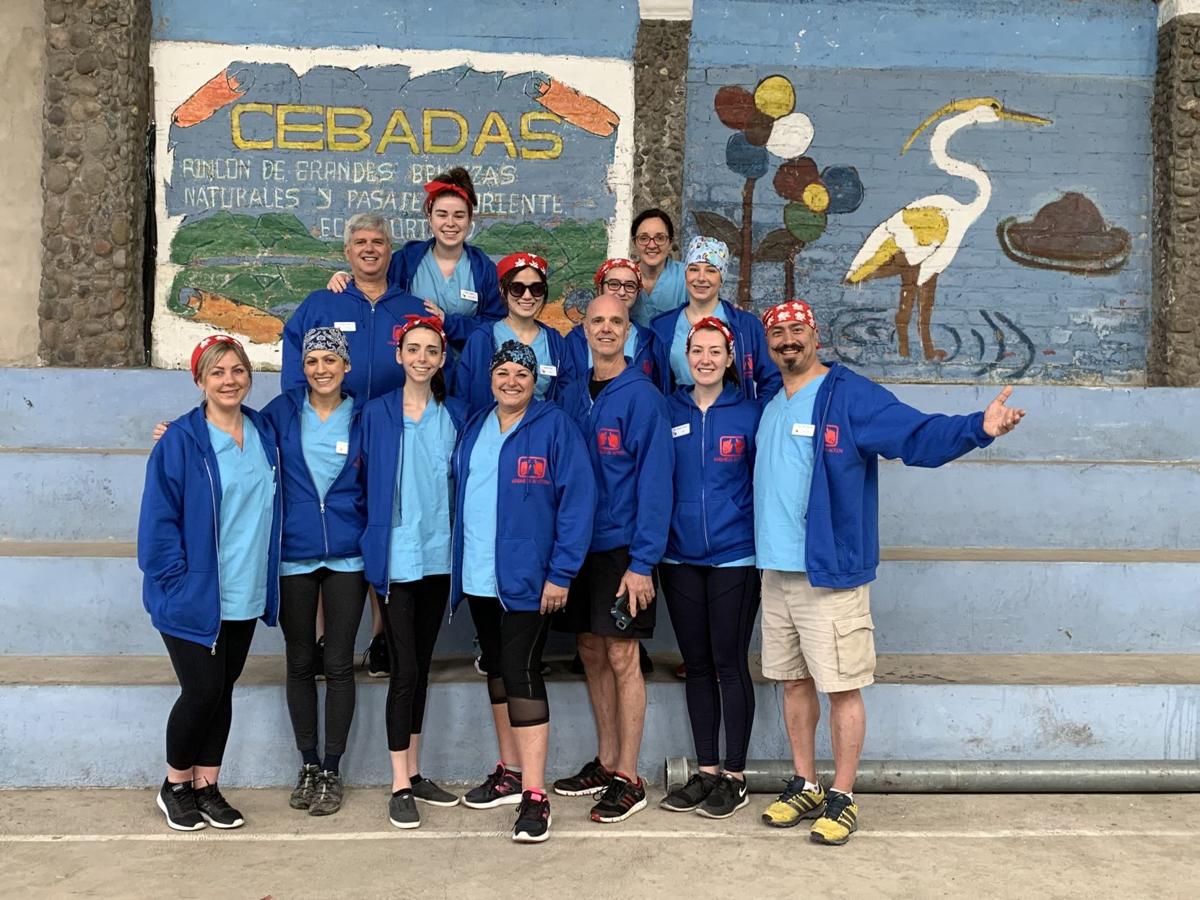 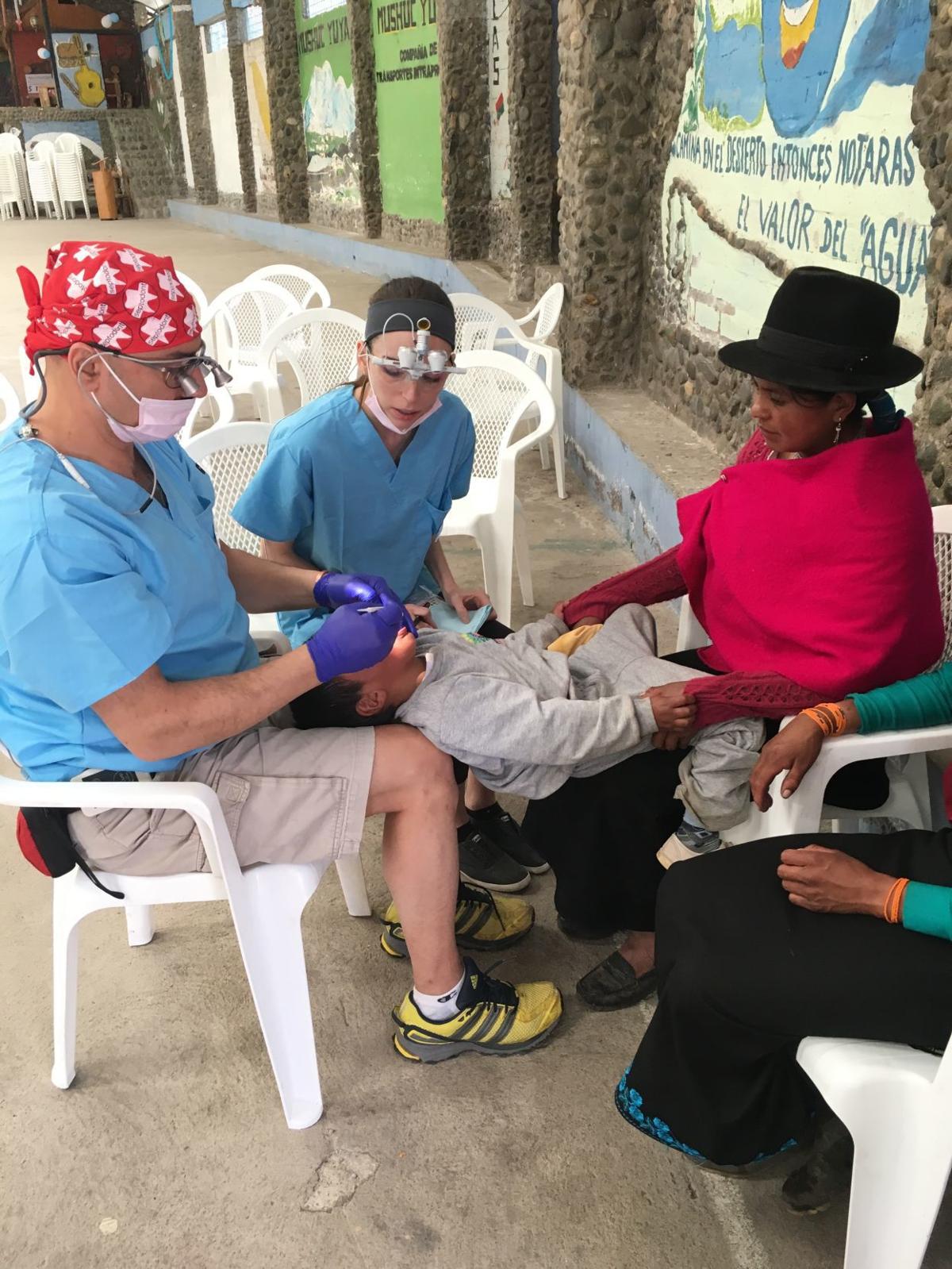 A few chairs, some light and electricity will do. 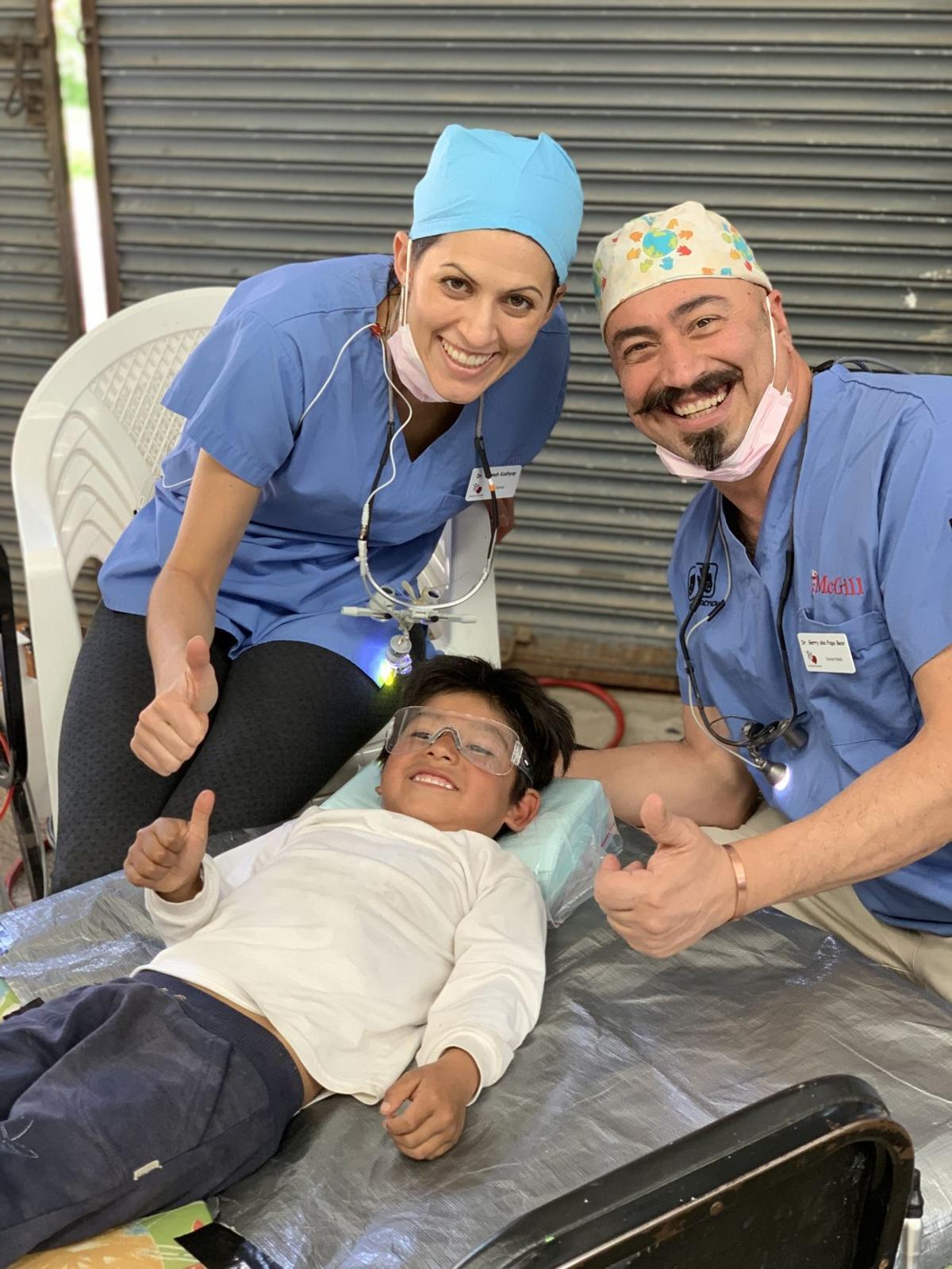 Gerard and Amélie Melki at work on Ecuadorean mission.

A few chairs, some light and electricity will do.

The 53-year-old dentist and McGill dentistry professor is flipping through photos of his latest humanitarian mission to South America, admiring the image of Amélie diligently scrubbing and sterilising dental instruments with pressure cookers in the northwest corner of the Amazon jungle.

The Chomedey resident has been visiting the poorest communities of South and Central America for the last quarter-century, bringing much needed compassionate dental care to those in need.

In February he returned from a remote Ecuadorean village, where a Montreal team treated some 1400 patients, including a man in his 50s who had never seen a dentist, in addition to a small child gravely ill from an untreated dental infection.

Having discovered Alberta-based charity Kindness in Action that was running a dental mission to Latin America, he joined his first trip in 1994 to a Honduran town two hours from Tegucigalpa. He was the sole Eastern Canadian participant, and never looked back. “After my first trip down I was hooked.”

His involvement evolved, beginning immediately upon graduation from dental school and continuing throughout his entire professional career, eventually forming the Kindness in Action-McGill team that includes himself, fellow dentists, hygienists, assistants and graduating students. “Students who have participated return saying they’ve never experienced anything like it.” It’s so popular in fact, that it’s become a course, the International Outreach Program, aka Dent429.

“It begins with chaos at Dorval airport” he chuckles. On the last trip, that included 14 people sporting two weeks of luggage on their backs and hauling several dozen plastic bins packed with vital equipment and supplies; everything from a portable X-Ray and laser tools to medications and gauze.

“I warned my daughter that this wasn’t a vacation. She had seen me go every year and wanted so badly to come help. She was basically a jungle dishwasher.” It’s a lot of grunt-work, he agrees, but no one involved would have it any other way, and for Melki it became a family affair: On an early Guatemala trip with the Alberta team, the young Montreal dentist met Jana, an Edmonton dietitian on the same mission, who he would later marry. “We got along, talked a lot, we hit it off!”

After the McGill team settles in with help from a local partner organization, they get to work. Almost any place will do — a church, a school, community hall, basically anywhere with light, electricity, a few plastic chairs and a steady table he says, gesturing to a nearby table in a Laval coffee shop. “Anything we can throw a cover on, we just lie them down and get to work.”

And they do, profoundly affecting the lives of more than 1000 people in a community. “We saw so much more, but we actually got to work on 100 people a day for 14 days straight.”

All the patients are memorable he says but recalls the child with the serious infection rapidly spreading through his neck and head. “The child couldn’t even stand” says Melki, who runs the Clinique Au Beau Sourire in Terrebonne. Medications and basic dental care were enough to reverse the course. “He recovered, we saved his life.”

“We can’t fix everything, so we triage. What’s the worst thing going on in their mouth? Where is the pain? What can we fix now?... You have to remember, these are places where one litre of milk costs more than 6 litres of Coke, and everybody drinks soft drinks all the time, it’s terrible, especially the little kids.”

Fillings, gum surgery, root canals and extractions, providing dental care for more than 1,000 people in a remote location more than 5000 kms from home doesn’t come cheap – about $3,000 per person to join the mission, costs borne by each participant.

That’s not counting expensive materials and supplies, most from sponsors offering whatever they can, and donations. Melki’s team with Kindness in Action receives a lot of donations (charitable receipts are given) and is a very effective mode of doing humanitarian good. “You’re not sending money off to some organization that you don’t know where it will end up. I’m telling you exactly where I’m going, and exactly who benefits.”

There are occasional fundraising events, but lately he’s been selling olive oil. “Yes, olive oil!” he laughs, a patient of his involved in importing securing a supply of high-quality Spanish olive oil proving very popular with supporters. “For Christmas or Hanukkah what better thing can you give while helping an excellent cause… besides, what should we be selling,” he laughs, “Candy? Chocolate?”

So, what exactly got him hooked? “I guess it’s very selfish, that feeling of doing for others, you can’t deny it.” He says the gratitude is overwhelming. “They don’t have anything, but they dance for you, they make jewelry, they offer fruit from their trees. These people live in pain everyday, and to alleviate that for them it’s incredible. You see their faces.” The experience is so transformative, it even affects visiting dentists sent by the host nation’s health ministry. “They don’t always get to see the tools we are using, bringing down lasers, rotary tools, new treatments, methods of suturing. We train them on the spot, and they help.”

For information or to support the McGill team visit https://www.kindnessinaction.ca/HowToHelp