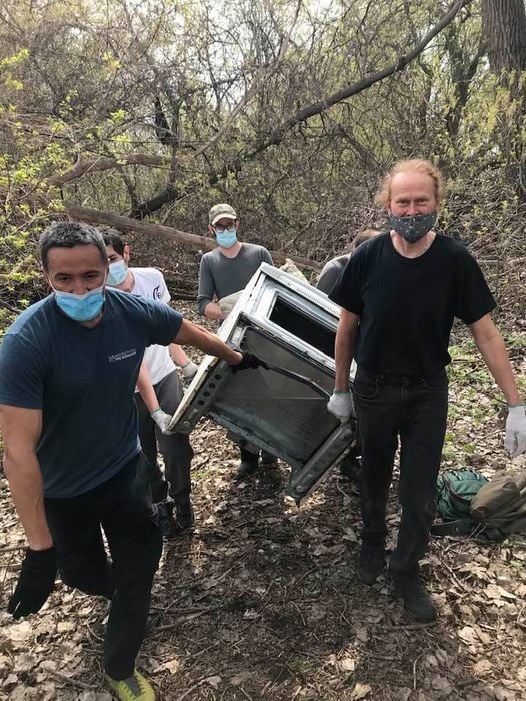 NDG councillor Peter McQueen lends a hand, hauling a stove out of the falaise 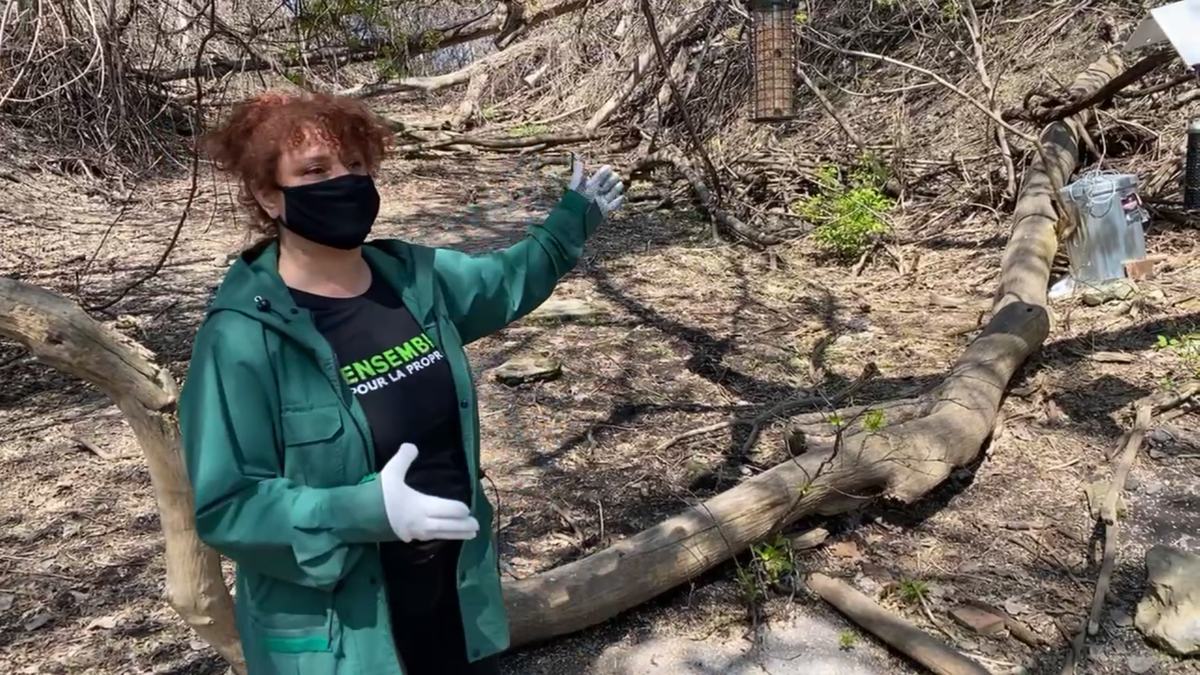 This will be an election issue, says Mintz

NDG councillor Peter McQueen lends a hand, hauling a stove out of the falaise

This will be an election issue, says Mintz

More than 75 Montrealers hiked down to the Falaise Saint Jacques recently to help clean up the eco-territory south of Saint-Jacques street, which is slated to welcome a large urban park and green corridor in the near future.

Stretching four kilometres from Saint-Jacques and Highway 20 to Vendome Métro, the escarpment is an eco-territory standing above the highway and is home to abundant flora and fauna in some of the west end’s most beautiful undeveloped land.

It is also a dumping ground for years of litterbugs, illegal waste disposal and including at last count, according to N.D.G. city councillor Pete McQueen, who came to lend a hand, more than 100 car tires.

Local groups have been working to get the large Turcot park realized while protecting the escarpment and its area, which belongs to the city of Montreal.

Hauling out car batteries, appliances, bottles, assorted car body parts and a veritable fleet’s worth of tires by hand is a daunting task, but for two days, scores of scouts, environmental groups, ordinary citizens and activists have been descending down the path from Saint-Jacques street into the Falaise to lend a hand.

Sauvons la Falaise co-founder and urbaNature executive director Lisa Mintz says “Everybody is waiting on news from the city about the large Turcot park planned for the area” south of the Falaise and the 20, along with the Dalle park overpass proposed to bring people over there. Also envisioned is a corridor allowing cyclists and pedestrians safe access to connect from Cavendish all the way to the Lachine canal.

Unlike other greenspace initiatives around Montreal, the Turcot and Dalle Parc project doesn’t pit nature lovers against developers, or motorists against pedestrians and cyclists. Largely seen as a win-win project, particularly by west-end Montrealers, it’s envisaged as an opportunity to create a singular, innovative attraction and greenspace for Montrealers in a location that has long been home to nothing more than pollution, noise and concrete.

“The Ministry of Transport is waiting with their half of the cost,” Mintz told The Suburban, adding “we're all just waiting to hear what the city will do. It's supposed to be in progress.” The city says the project is in motion but there is no firm timeline for action, only that it is ready to proceed with the preliminary project which will allow it to validate, among other things, the necessary budgets and the contribution of government partners.

Meanwhile, the MTQ recently felled hundreds of healthy trees along the berm separating the Falaise from the 20 to create a green strip along the length of the escarpment to be fed by rainwater and existing wetlands, to compensate for loss of trees due to construction at the western end of the Falaise.

“We want to transform this from eco-territory, which means essentially a dumping ground,” quips Sauvons la Falaise’s Malcolm McRae while hauling a half dozen tires up the hill, “into a beautiful park that people can use.”

With some 65 species of birds present, the Falaise acts as a migratory throughway on the way to the West Island for thousands of birds each year, a tranquil oasis for them, says Mintz, “amid a desert of concrete and traffic.”

“Some $48 million has been set aside so it's happening,” she says, “it's just happening slowly. Everybody's been waiting for the Turcot project to finish and that's going to be over this summer.”

A quick descent into the Falaise via a fence on Saint-Jacques has you hopping and ducking around a few trees, and you come across a multitude of sites: there's an abandoned outdoor lounge that somebody scraped together, a campsite, birdfeeders and the handiwork of some enterprising skateboarders who carried out some gorilla cement work, shlepping all the materials and equipment necessary down the cliff and putting up some concrete ramps, benches and decor using rudimentary materials and re-purposing old car parts found in the area.

“Creating the Falaise park and the Dalle Parc in short order with a timeline should definitely be an election issue,” says Mintz, as scout troops from Westmount, families from NDG, and residents from Sud-ouest trudged down the path to help the clean-up effort. “And it will be.”