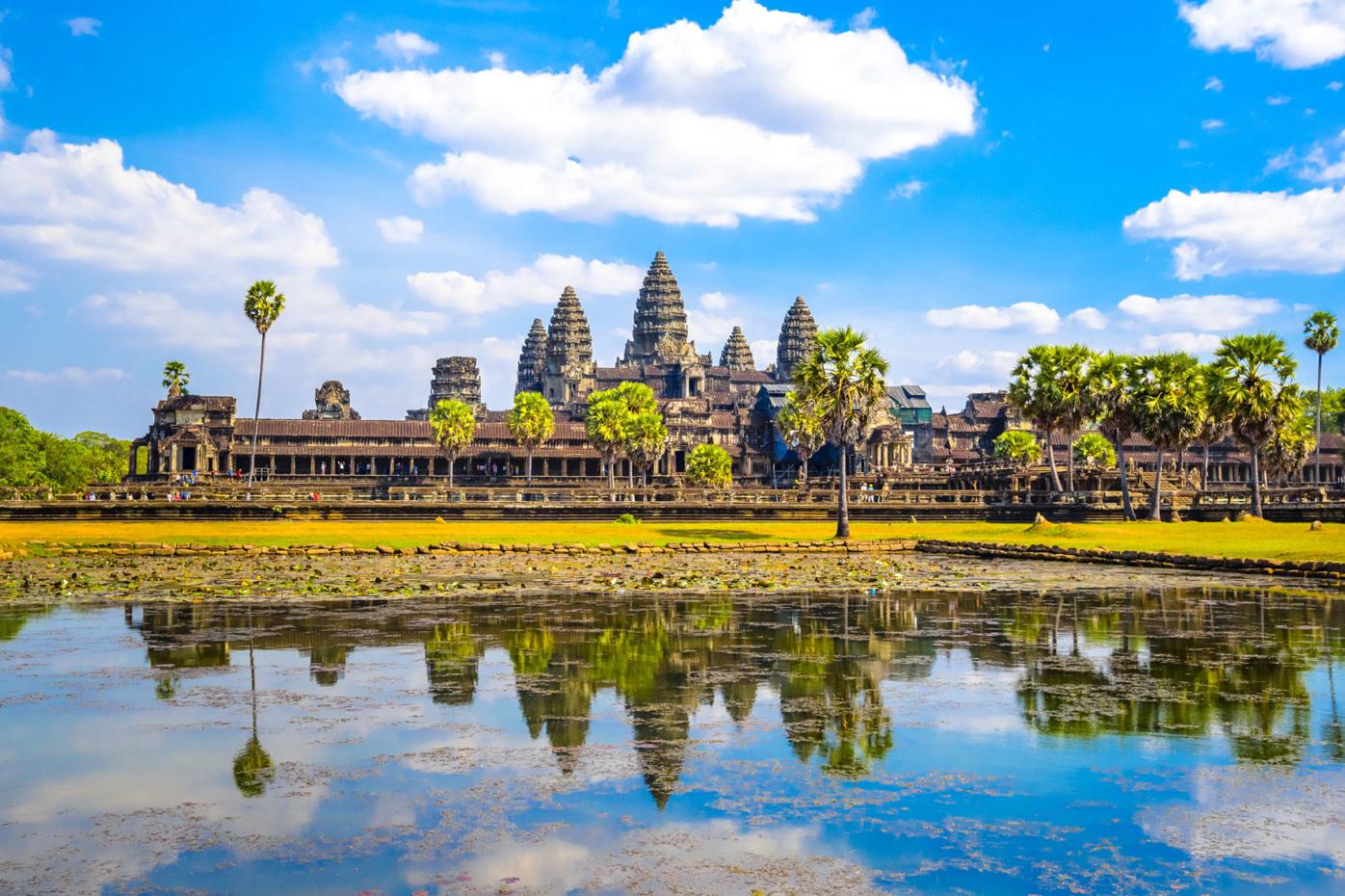 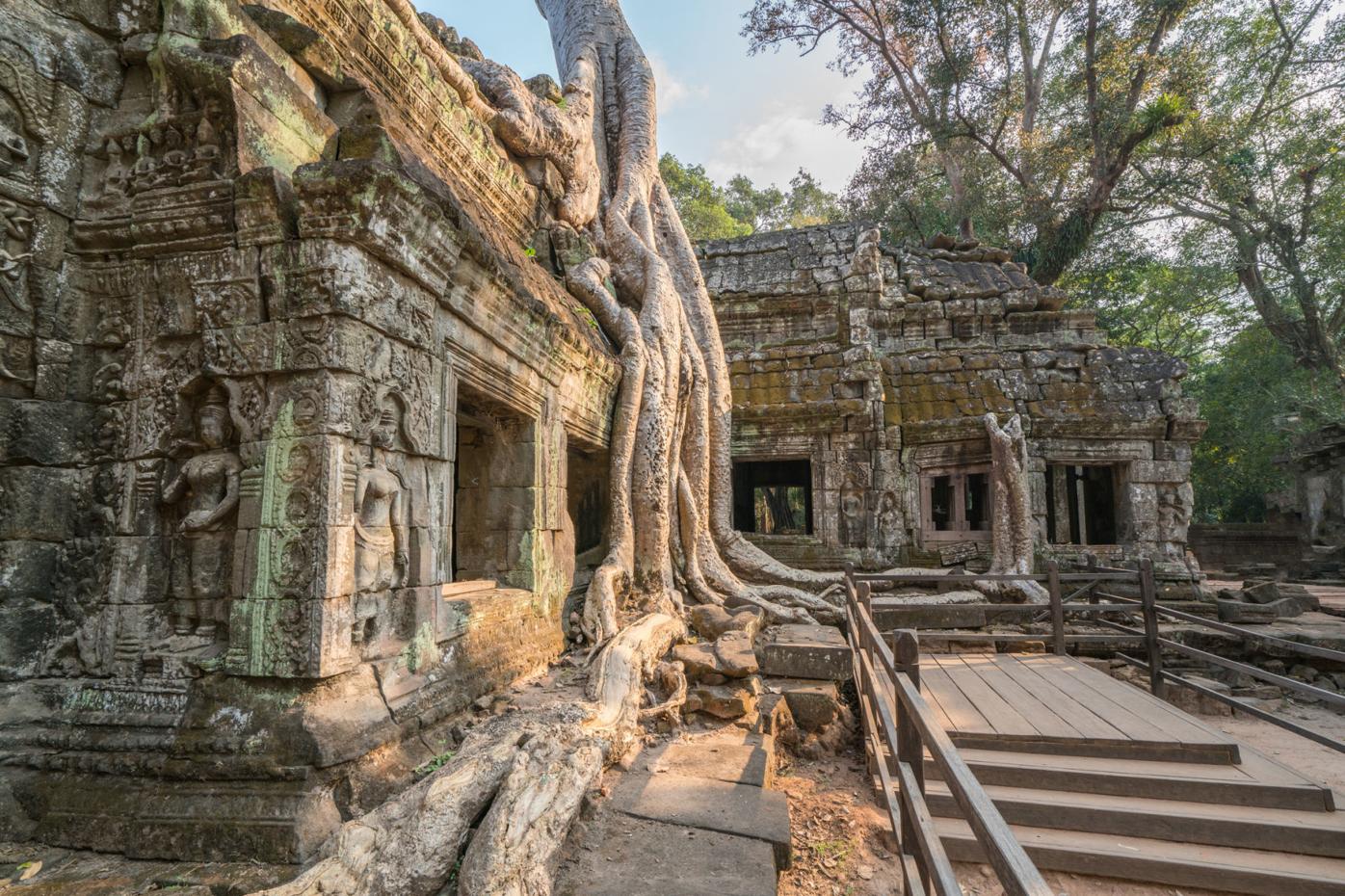 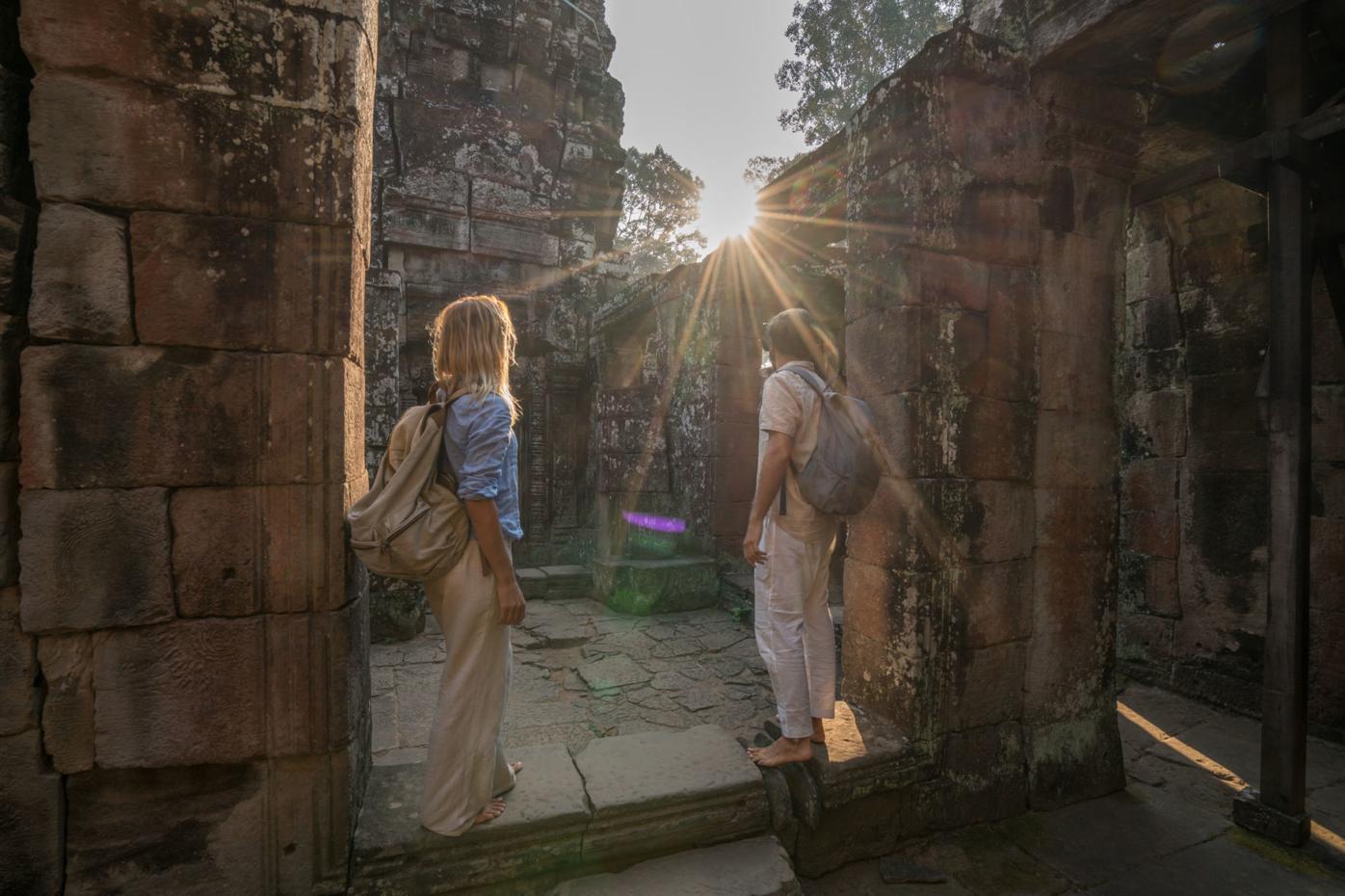 There are few places on earth that are as moving as Angkor Wat, a temple complex in Cambodia and one of the largest religious monuments in the world. It was originally constructed as a Hindu temple and dedicated to the god Vishnu for the Khmer Empire, and over time it was transformed into a Buddhist temple, and has remained as such, since the end of the 12th century.

Angkor Wat is constructed with two basic plans of Khmer temple architecture: the temple-mountain and the later galleried temple. What truly sets this Angkorian temple apart is that Angkor Wat is oriented to the west (most are oriented toward the east), something that has perplexed scholars for centuries. There are many reasons that this temple is admired, but mostly it’s for the harmony and magnificence of the architecture, its extensive bas-reliefs (projected images with shallow depths, similar to those found on coins), and for the numerous devatas (the Hindu term for deity) adorning its walls. According to Cambodia Tourism, Angkor Wat is a miniature replica of the universe in stone and represents an earthly model of the cosmic world – the central tower rises from the center of the monument symbolizing the mythical mountain, Meru, situated at the center of the universe, and its five towers correspond to the peaks of Meru.

There are a number of tours that are available to tourists, many of which are given by English-speaking locals. Given the complexity and sheer size of Angkor Wat, some tours span several days. There are various area of the complex to explore – the West Gallery showcases the Battle of Kurukshetra, which is the main subject of the Hindu epic Mahabharata and depicts the wars in Kurukshetra, a province in India, as well as the last battle between rival enemies (who were also cousins). The South (historical) Gallery pays homage to the Army of King Soryavaman II and depicts a splendid triumphal procession from a battle between the Khmers and their enemies (the reliefs show methods used in warfare, mainly hand-to-hand combat, as they had no firearms or machinery). The East Gallery is known to highlight the “churning of the Ocean of Milk,” which includes the most famous panel of bas-reliefs at Angkor Wat derived from the Indian epic Bagavata-Pourana (the Ocean of Milk is churned by gods and demons to generate Amrta, the elixir of life, to recover lost treasures such as the sourer of immortality). Finally, the North Gallery includes depictions of the Victory of Krisna over Bana the Demon King, where Visnu in his incarnation as Krsna (framed by two heroes) sits on the shoulders of a Gruda, and Agni, the god of fire, sits on a rhinoceros behind him.

Today, Angkor Wat is one of the main tourist attractions in Cambodia. While in 1993 there were only 7,650 visitors to the site, by 2013 that number had ballooned to two million.

For more information on this unique and holy place, visit tourismcambodia.com.

Great article about Angkor Wat. I recently returned home from two weeks in Cambodia, and this was one of my favorite places we visited. We reserved a fantastic two-week tour around Cambodia through Stride Travel, and it was everything we could have wanted, and more! In addition to Angkor Wat, our guides took us to down the Mekong River, got to explore the Royal Palace, and see Phnom Penh, and much more. Cambodia has become one of my favorite countries, and I hope I'm able to return one day.