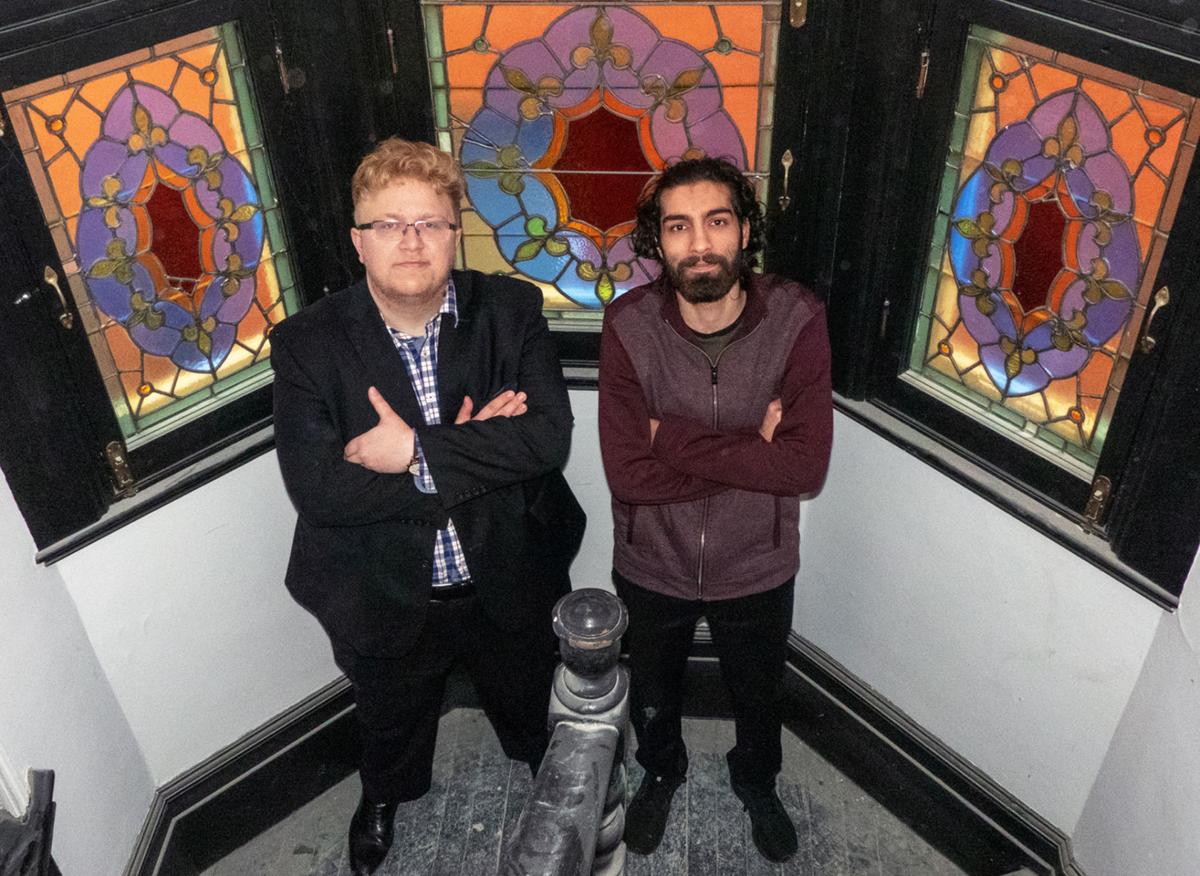 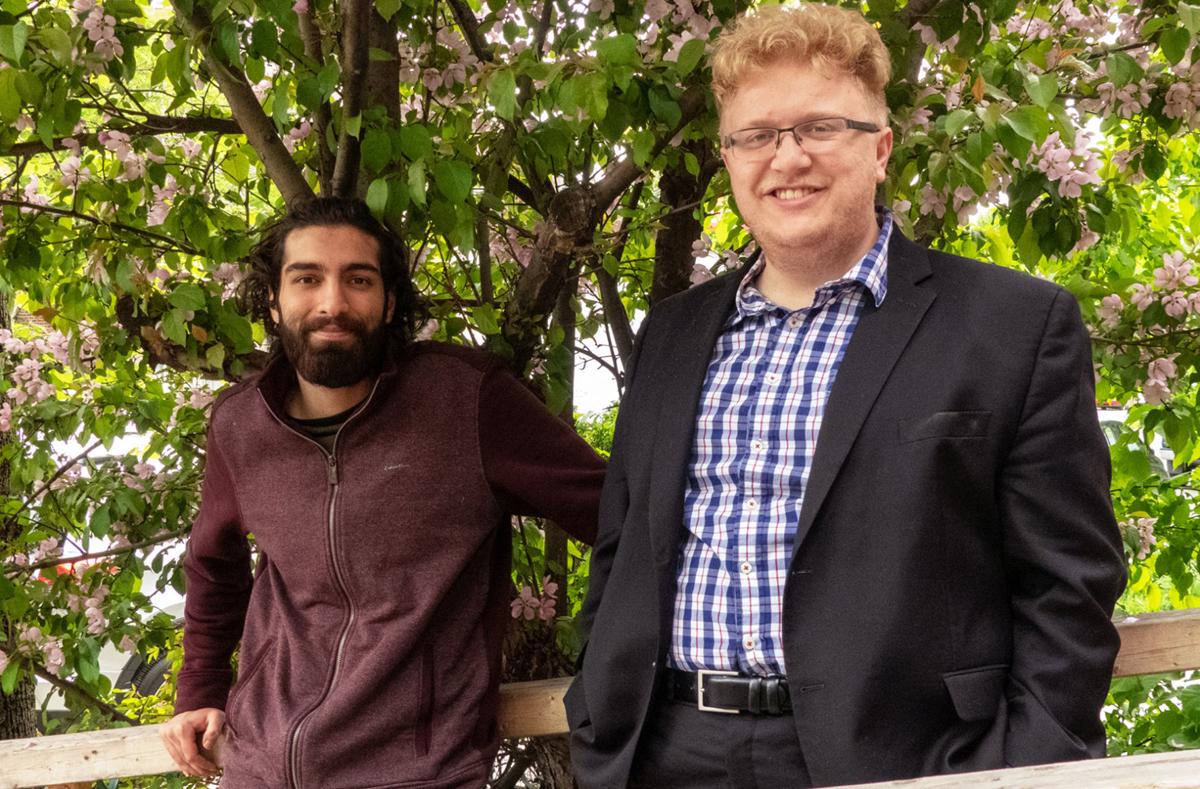 “With where the media is going today, unless we have fragmented media, we will have no real media,” said Ali S. Taghva, left, with Matthew Azrieli.

“With where the media is going today, unless we have fragmented media, we will have no real media,” said Ali S. Taghva, left, with Matthew Azrieli.

When Matthew Azrieli came to the conclusion a few years ago that Canadian media didn’t quite offer the kind of news and information he was looking for, and from a perspective he felt comfortable with, he decided to do something about it. Inadequately armed with a degree in Music Songwriting, and some experience in publishing and management, the then 22-year-old knew he needed partner. In came Ali S. Taghva, with his degree in Industrial Relations, a background in Ontario NDP politics — in 2012 he became one of the youngest elected riding presidents in the province — and the wisdom attained as a small business owner.

The pair met through a mutual friend at McGill University who had a feeling the two just might complement each other. “We had a meeting and realized we had a lot in common, including our worldview and how we wanted to create this media company that would represent so many people that are so completely unrepresented, while also competing with the established legacy businesses,” said Taghva during a telephone interview.

Two years later, with an office staff of six and a freelance army of about 30 journalists, The Post Millennial, their news and information website, already attracts some 1.2 million unique users a month, which is enough to rival some well-known national newspapers in scope.

While its average viewership is rather broad — equally spread among the 18-60 age group with a 55 to 45 per cent male-female split — the pair have their sights set on a rapidly growing, right-leaning demographic that they believe is presently underserved.

“It’s for this younger generation of Canadians who have grown up on the Internet and who have this very loud voice but everyone else who is talking right now does not really represent them,” said Taghva, the Editor-in-Chief.

Citing a Harvard University study that looked at the political breakdown of American media, Taghva explained that while left-of-centre news consumers had a wide variety of sources and opinions to choose from, right-leaning consumers were inevitably sucked into an opinion vortex controlled by nativist voices like FOX News, Breitbart and right wing radio. The right, he said, needed more voices. It needed to be more fragmented. “I don’t believe that fragmenting is bad. It allows us to have honest discussions. And with where the media is going today, unless we have fragmented media, we will have no real media.”

As an example, he cited the rise of Cheddar, a live and on demand video news network focused on covering the most innovative products, technologies, and transformative services.

“Cheddar’s solo business model was that a completely millennial and younger than millennial group of audience are about to become adults and they are literally going to have to figure out the world as adults. They will not accept MTV as their adult content provider,” Taghva explained. “Now look at MSNBC, which is probably where the typical, liberal young person would go. It’s an archaic old company. So, what did Cheddar do? They said ‘we’re going to be just a tiny bit younger than MSNBC; we’re going to do social media really well and we’re going to be in all the future platforms that MSNBC is forgetting.’ They did that and they got bought out for $200 million in about three years. So, when I’m talking about coming in and fragmenting, that is in no way a bad thing because we are where the next generation of viewers will be.”

Azrieli, The Post Millennial’s Chief Executive Officer, said he can’t think of a close American equivalent to what he and Taghva are offering in Canada.

“That’s because we aren’t very right-wing,” he said. “We’re really moderate and meek and mild and Canadian, you know. So as a result of that we’re not really walking around with any very radical ideas because at the end of the day, if you support universal healthcare there is never going to be an American equivalent, right?”

Content, which began with a focus on world politics and culture, is now mixed with more business stories and the young staff — the vast majority have yet to hit age 40 — seem to be doing something right. But so far, the largest base of support is located out west, in provinces like Alberta. Azrieli would like to see some of that love spread eastward.

Speaking of identity, Azrieli and Taghva are living what they believe. The former’s grandfather is billionaire Canadian-Israeli developer, architect and philanthropist David Azrieli and his mother is famed Canadian soprano and cantor Sharon Azrieli. The latter is of Persian heritage.

“That’s right, a Jew and Iranian Muslim,” said Taghva with a laugh. “But Matthew and I have a very open and respectful relationship and the relationship of our birth countries doesn’t really every factor into that. I think we both have very nuanced opinions on the issue, and maybe it’s not even nuanced because, I think if you actually looked at the average Israeli or the average Iranian, no one really wants the other person to die.”