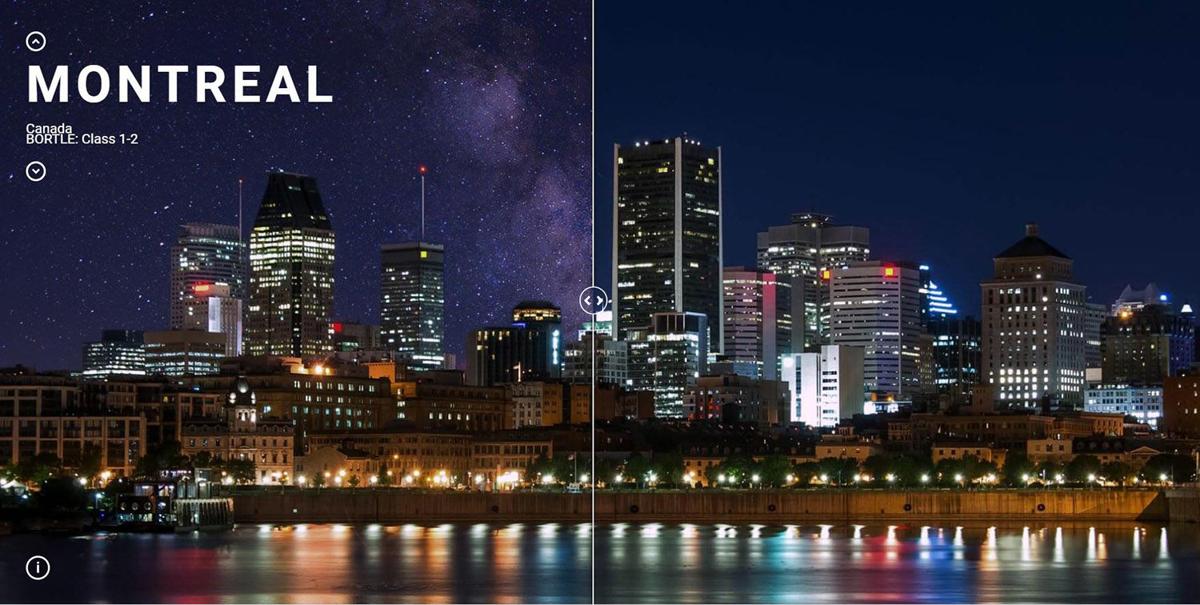 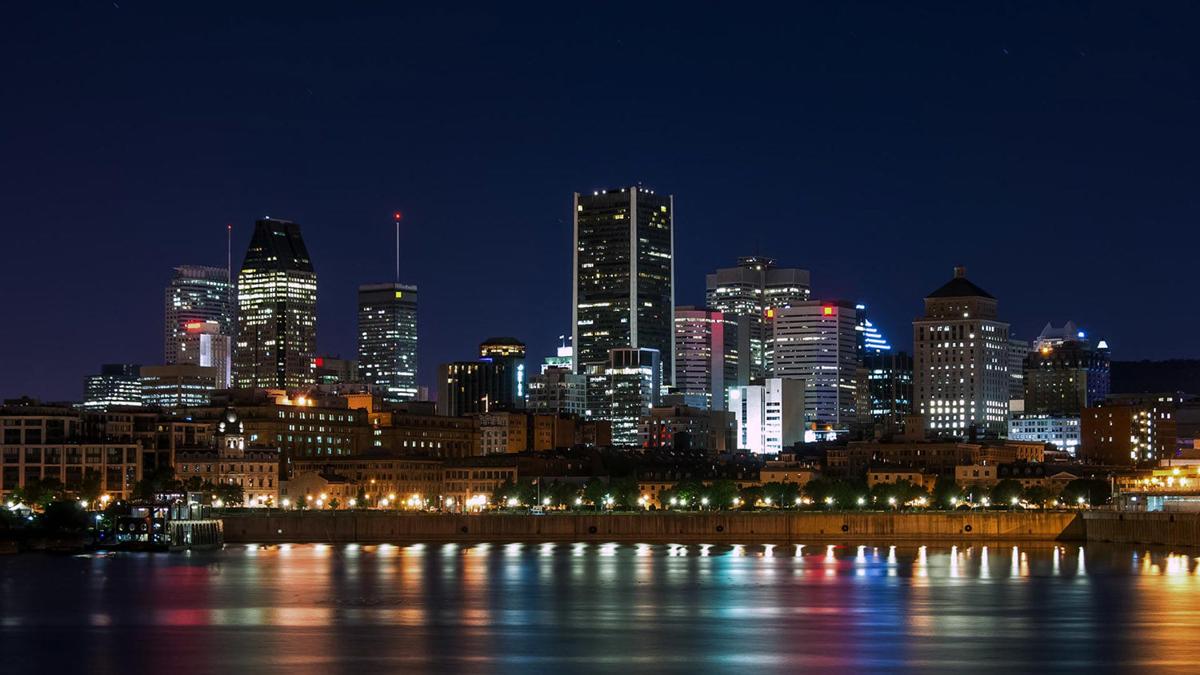 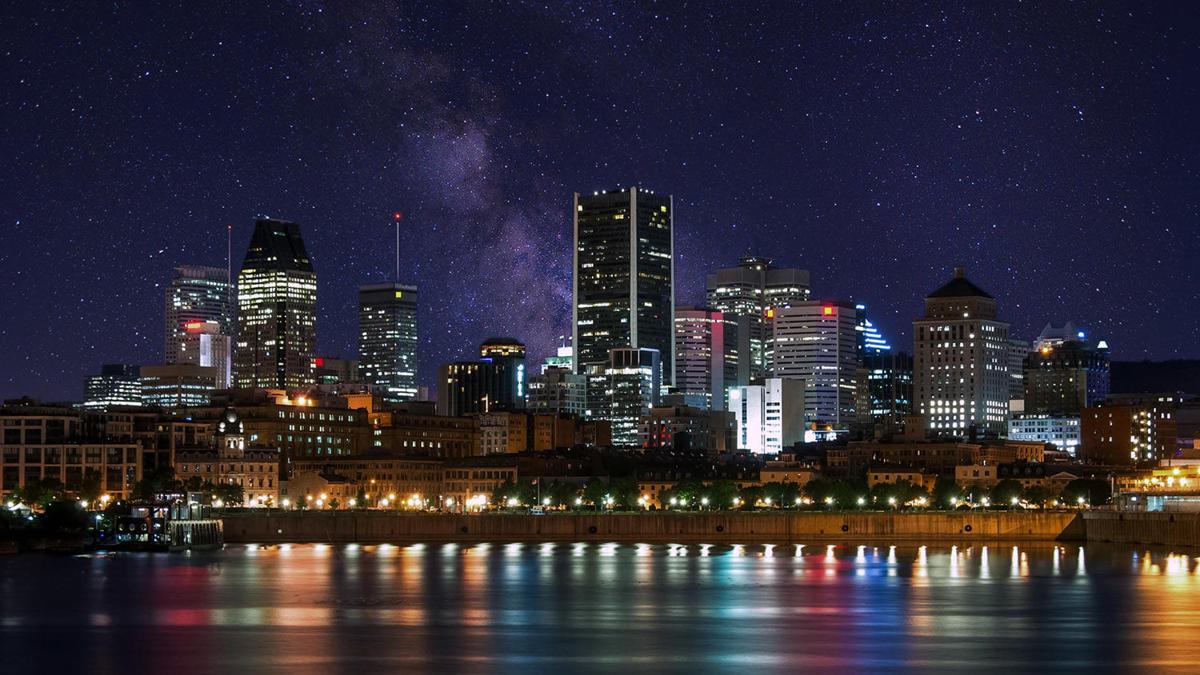 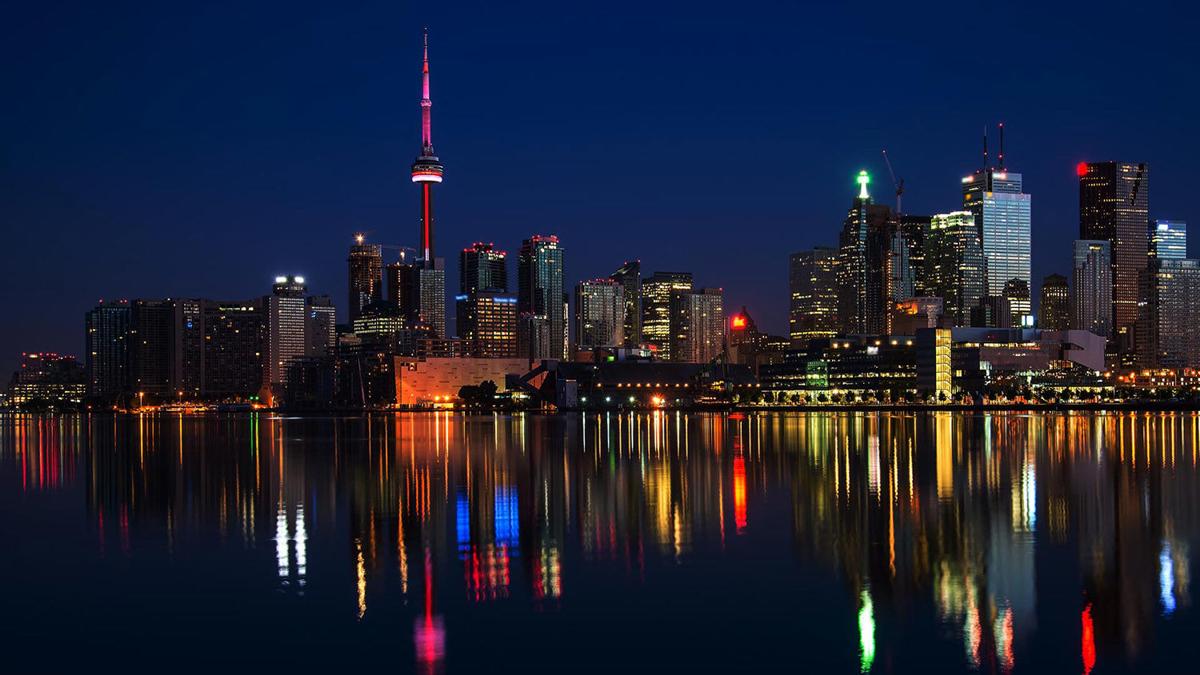 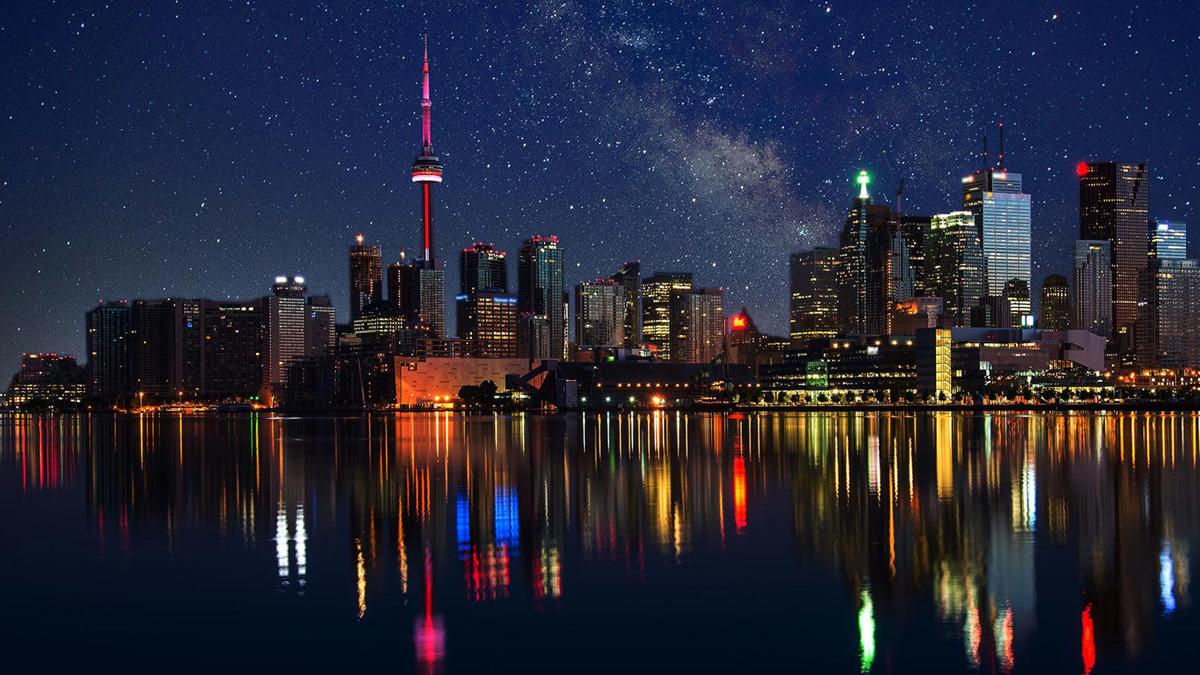 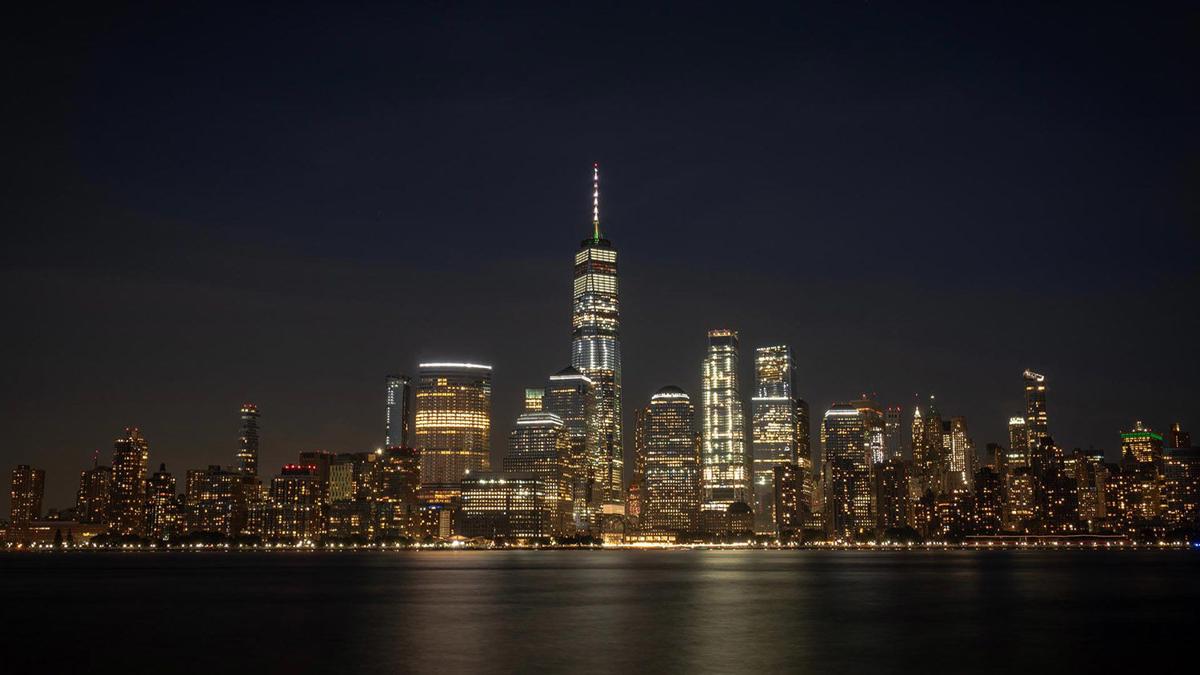 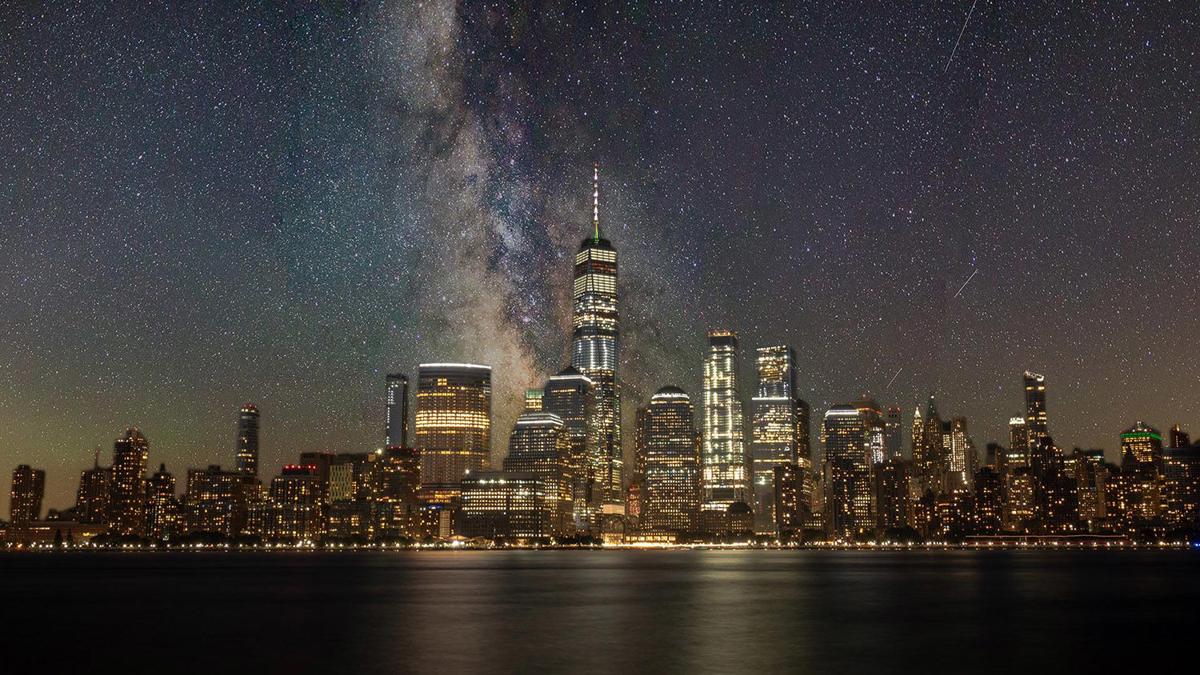 Out of 9,000 stars across the sky, in most cities, fewer than 100 are visible. 80% of the world's population lives under light-polluted skies as both Toronto and Montreal's skies score as level 8-9 on the Bortle Scale meaning most constellations are completely invisible.

However, during coronavirus lockdown, starry skies are emerging with night time star gazing being more popular than ever! Because of this, a stunning new interactive photo series by Under Lucky Stars has launched, showing the before and after of 27 cities across the world if light pollution completely cleared for good! The images restore the beauty of nature, allowing you to see the true night sky in cities across the world.

Using real images of city skylines captured by photographers and star maps and constellations, pollution has been completely removed to show the true night sky in cities that haven't been visible to the naked eye in years. From Canada and the US to London, Tokyo and Cape Town, see the captivating difference in over 25 cities.

The second most populated city in Canada, Montreal is filled with bright lights, although necessary to function for its inhabitants, the night above is left completely blank. Now you can see the mesmerizing stars sitting above.

Toronto, one of the major cities in Canada is filled with skyscrapers and recognized as one of the most multicultural and cosmopolitan cities in the world. But this modern reputation comes at a price, as the stunning stars above aren't naturally visible across the city skyline.

Digital advertising and towering skyscrapers mask the true beauty of the night sky in New York, as residents have to travel to the outskirts of the big apple to get even a glimpse of the stars in the sky.

Full 27 images from around the world can be found here.

The effect of light pollution radiates so much brightness into the environment that it turns the night sky into a seemingly blank canvas, removing the beauty that lies above. Light pollution affects 80% of the population and in our modern world, the effects are worsening.

As cities expand and populations increase, so does the demand for things like street lights. Whilst practical and essential for day to day living, this lighting affects our view of the sky with the naked eye, and it is now impossible to see the Milky Way in large cities and metropolitan areas. Globally, one-third of humanity is unable to see the natural Milky Way at all.

"Surrounded by stars, planets and galaxies, we are just one part of a much bigger picture, but it's impossible to see that in our metropolitan world. Bright city lights and a bustling digital age has clouded the sky around us with artificial light pollution, eliminating the natural view of the stars.

If you were born in a place where stars are invisible, you'll never forget the excitement and rush of joy you feel when you see the night sky in its unencumbered beauty for the first time. And the way you simply cannot take your eyes off the thousands of stars that we chose to extinguish in exchange for modern comfort.

Light pollution has made the view blank, but getting a view of the stars in a city isn't completely impossible. The trick is to plan ahead, get as high (or as far) as you can and remove any close sources of light.

If you're central, get as high as possible on buildings or alternatively, head to the outskirts to a darker, quieter area such as a park to improve your chances of seeing the stars. Give time for your eyes to adjust to the dark and choose a moonless night, binoculars can help too, you won't be able to see the incredible view in these images, but it's a start."

Images show before and after images of cities around the world using the Bortle Scale, a numeric scale consisting of nine-levels, which quantifies the astronomical observability of the stars and any interference caused by light pollution. All the cities as metropolitan areas class as 8-9, these images show them how they would look if they were level 1-2.