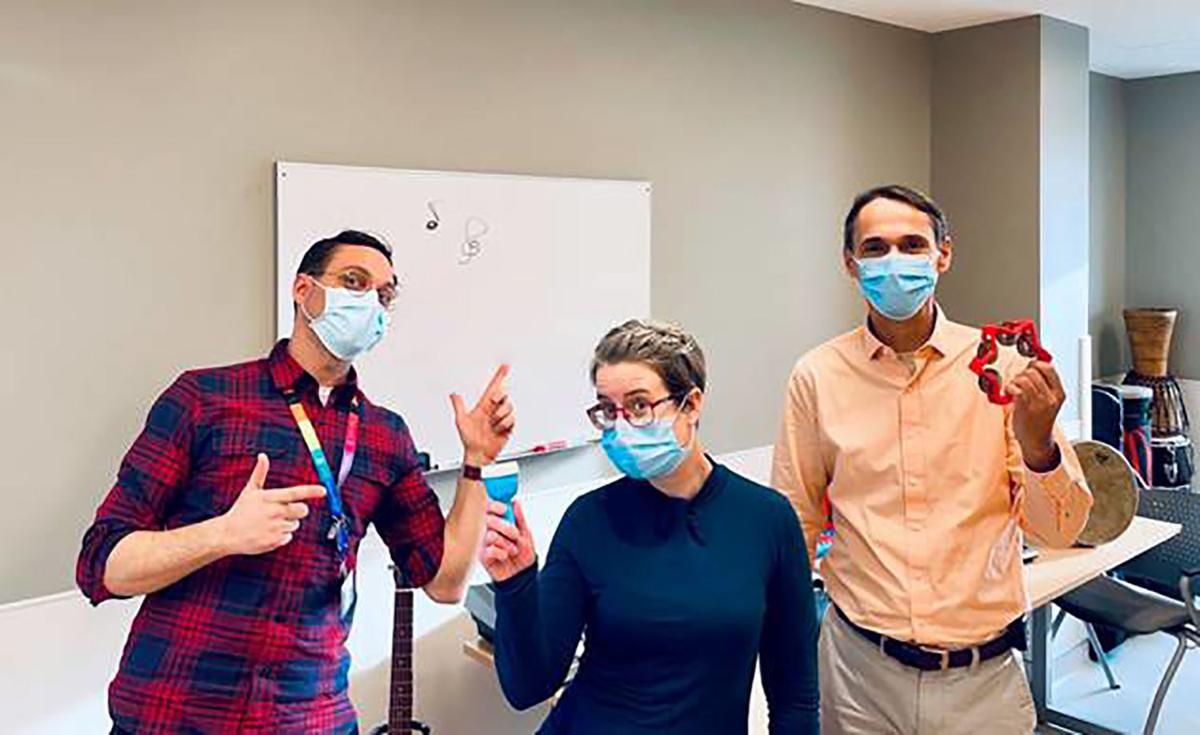 The Montreal Children’s Hospital currently works with a team of three music therapists, including, from left, Julien Peyrin, Christelle Jacquet and Pascal Comeau. 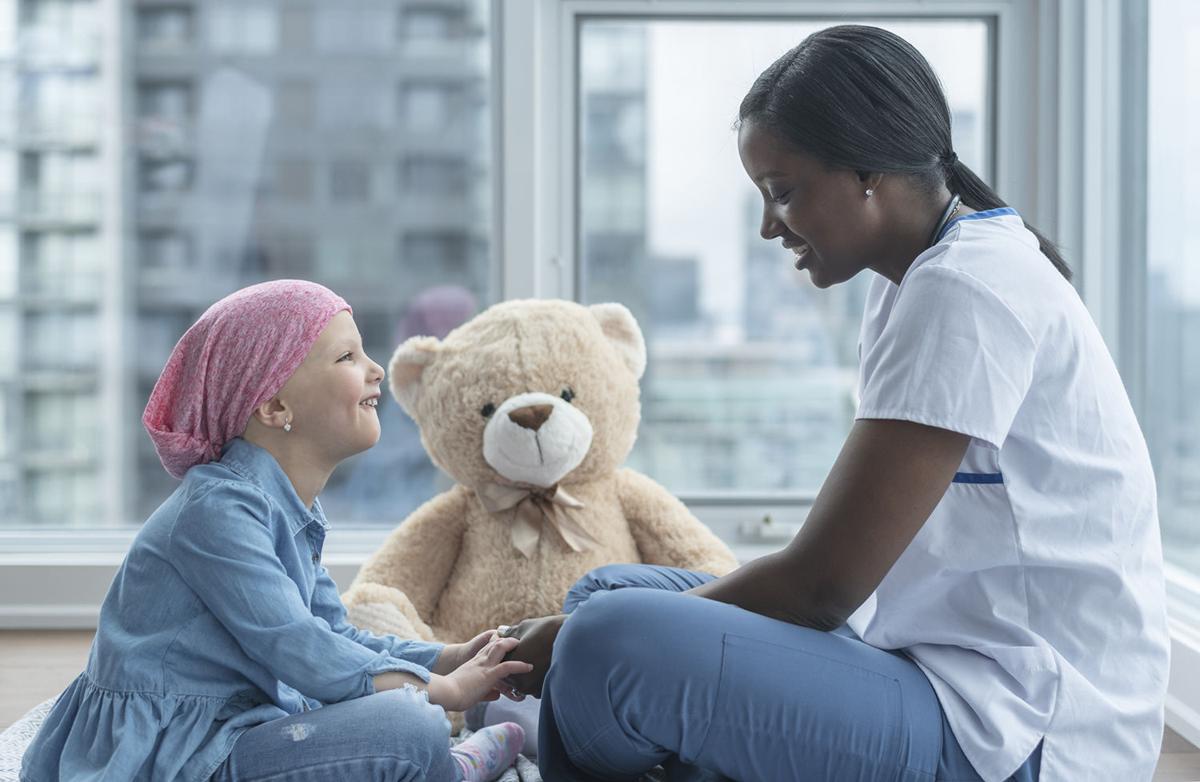 “The goals of music therapy are always non-musical,” said music therapist Pascal Comeau. At the Children’s Hospital, it is often used to help with pain control and to bring overall comfort to the child.

The Montreal Children’s Hospital currently works with a team of three music therapists, including, from left, Julien Peyrin, Christelle Jacquet and Pascal Comeau.

“The goals of music therapy are always non-musical,” said music therapist Pascal Comeau. At the Children’s Hospital, it is often used to help with pain control and to bring overall comfort to the child.

A 10-month-old baby who couldn’t stop crying or be given more medication was soothed in seconds by the rhythmic beating of a drum. After an accident that resulted in a young girl becoming a paraplegic, therapists worked with her with musical instruments and enhanced her fine motor skills so she was able to better manoeuvre her electric wheelchair. A child who was in pain found solace in the distraction of listening to a guitar being played. A teenager who was experiencing anger and hostility discovered a therapeutic outlet in song-writing.

Music therapy is a discipline that has proven itself to be extremely beneficial to patients, both young and old, and more and more hospitals are integrating it into their care and support plans. The Montreal Children’s Hospital is a huge supporter of this field of medicine, and currently work with a team of three music therapists.

Music therapy can take on many forms, from listening to music and singing to playing an instrument, writing songs, doing improv, and more. It also doesn’t follow any prescriptive path — music therapy is different and caters to each individual patient.

“The goals of music therapy are always non-musical,” said music therapist Pascal Comeau. At the Children’s Hospital, it is often used to help with pain control and to bring overall comfort to the child. “Sometimes it’s the perception of pain that we help by refocusing their attention away from their pain through playing an instrument and improvising. Many of the children have a lot of fears and anxiety around hospitalization, and music is a good way to give them a way to express themselves. And sometimes we work with preverbal or nonverbal children, or children who don’t speak French or English, and music gives them a means of expression.”

Christelle Jacquet is a music therapist who works in the Neonatal Intensive Care Unit of the hospital.

“Music gives children a way to express their emotions related to their illness, and gives them a voice that’s non-threatening,” she explained. “For most of them it’s an interactive process, a connection between the therapist, the client, and the music, who are interacting in a way that is best adapted to the child’s needs. Every session is different – it could be playing music, writing songs, relaxation techniques, massage, improv, even playing mandalas. Sometimes it’s just talking. There are different formats depending on the needs. We assess from one session to the next what the child needs, and then we figure out the best way to answer those needs.”

The music therapy doesn’t just benefit the patient, it can be a source of comfort for the parents as well.

“It’s more of a systemic approach in that we deal not only with the child, but the parents and whomever is in the room,” Comeau said. “I’ve seen situations where there’s a mother or father at the bedside of a dying child, and it’s so, so intense and emotionally charged. But I’ve had requests from parents for certain songs, so it has helped the parents go through that.”

It can also assist other staff in doing their jobs.

“Sometimes a nurse has to change a dressing, and I’ve been present to help the child stay as comfortable as possible,” Jacquet said. “It gives the child something positive to focus on and relaxes the staff too so they can do their job properly, stay calm, and be as fast as possible.”

Music therapy has played an important role in many of the patients’ lives at the Children’s Hospital, and it’s a therapeutic process that is continually evolving.

“Music is not prescriptive. That’s why we need music therapists,” Comeau said. “We’re always adapting what we do, we asses, and then we can work toward a meaningful goal according to those needs.”

Programs like this rely on the generosity of donors. If you’d like to help foster programs like music therapy, you can make a donation at fondationduchildren.com