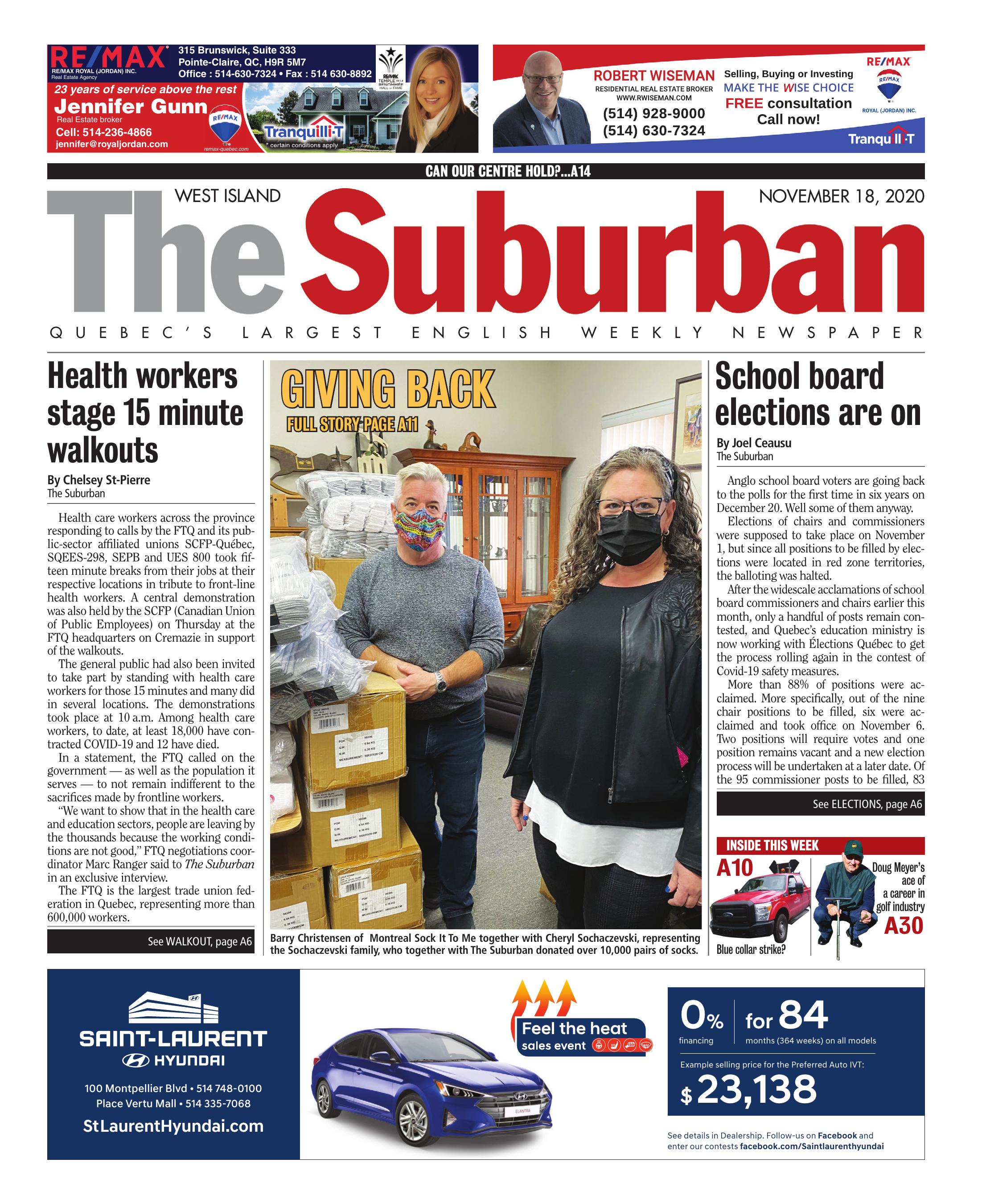 Health care workers across the province responding to calls by the FTQ and its public-sector affiliated unions SCFP-Québec, SQEES-298, SEPB and UES 800 took fifteen minute breaks from their jobs at their respective locations in tribute to front-line health workers. A central demonstration was also held by the SCFP (Canadian Union of Public Employees) on Thursday at the FTQ headquarters on Cremazie in support of the walkouts.

The general public had also been invited to take part by standing with health care workers for those 15 minutes and many did in several locations. The demonstrations took place at 10 a.m. Among health care workers, to date, at least 18,000 have contracted COVID-19 and 12 have died.

In a statement, the FTQ called on the government — as well as the population it serves — to not remain indifferent to the sacrifices made by frontline workers.

“We want to show that in the health care and education sectors, people are leaving by the thousands because the working conditions are not good,” FTQ negotiations coordinator Marc Ranger said to The Suburban in an exclusive interview.

The FTQ is the largest trade union federation in Quebec, representing more than 600,000 workers.

The organizers hoped that the demonstrations would serve to remind the provincial government that four public sector unions representing some 400,000 workers have been negotiating to renew their contracts for a year, but so far to no avail. According to the FTQ, the average salary for public sector employees stands at $36,155.49.

“The government is wiling to invest billions of dollars in infrastructure, they need to invest in human resources. We are at a critical point right now.” Ranger told The Suburban.