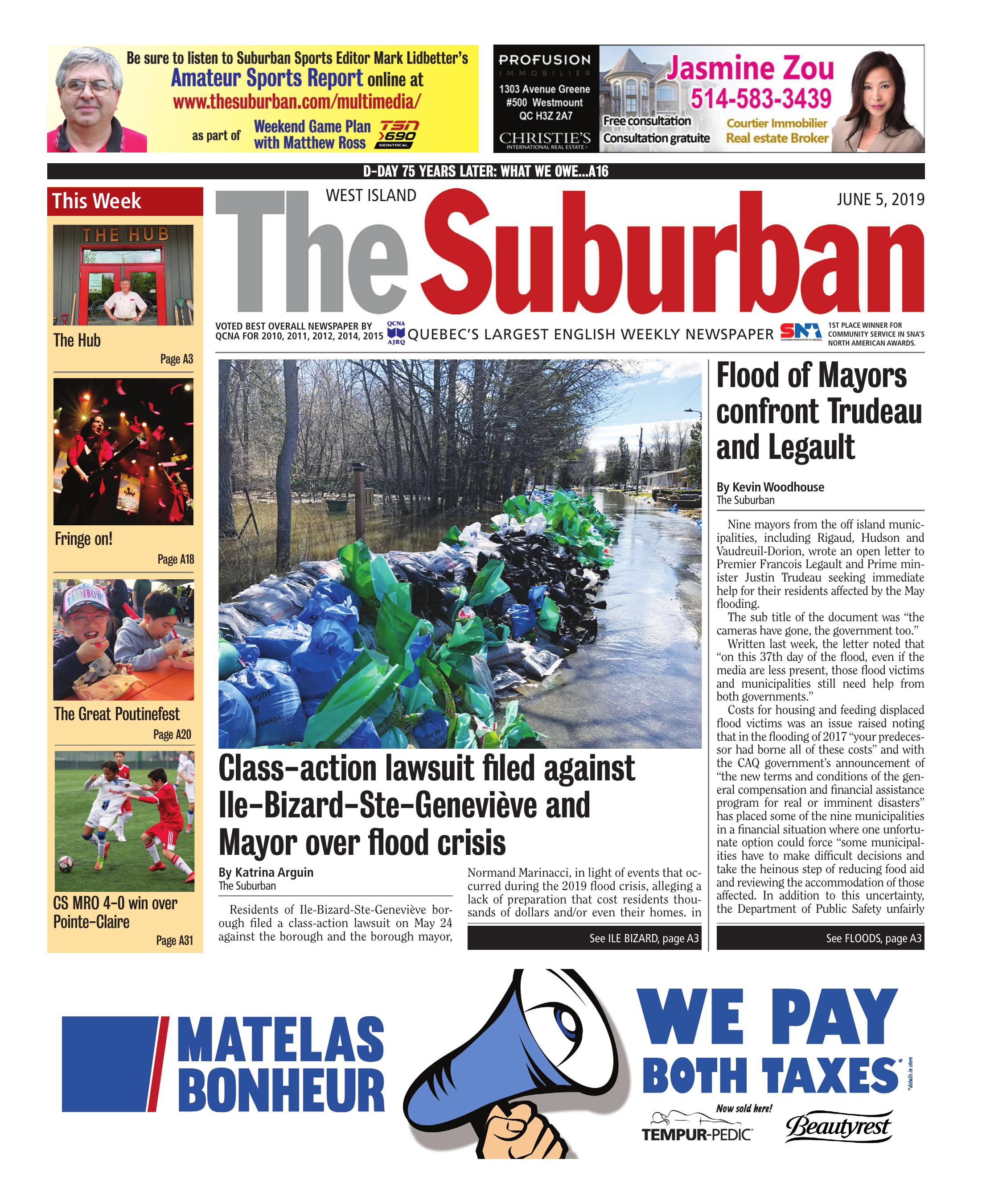 Residents of Ile-Bizard-Ste-Geneviève borough filed a class-action lawsuit on May 24 against the borough and the borough mayor, Normand Marinacci, in light of events that occurred during the 2019 flood crisis, alleging a lack of preparation that cost residents thousands of dollars and/or even their homes. in early May residents were instructed to stop building a dike on Joly street in Ile-Bizard, because according to authorities, it would’ve made matters worse.

Another street in Ile-Bizard where a dike was built was left with a pool of water for over a month, in which the city didn’t provide sufficient pumps to remove the water. In another event, the borough mayor allegedly refused sandbags offered by the military when the island was short of sandbags to begin with. A sworn statement by an Ile-Bizard resident says that even the military expressed their frustration with the mayor not giving permission to help this area.

Residents were left with the impression that the city gave up too soon, leaving many people behind. In some areas that were mainly evacuated there were left for the most part only the elderly, less fortunate, or disabled. In addition, residents of Ile-Mercier have been and still are living in hotel rooms, for over six weeks now, because the bridge remains closed from the damaged caused by the flood.

The mayor, however, has said he was “surprised” by the class action and that he thought the borough did an “excellent job” protecting its citizens from the floods.

Nine mayors from the off island municipalities, including Rigaud, Hudson and Vaudreuil-Dorion, wrote an open letter to Premier Francois Legault and Prime minister Justin Trudeau seeking immediate help for their residents affected by the May flooding.

Nine mayors from the off island municipalities, including Rigaud, Hudson and Vaudreuil-Dorion, wrote an open letter to Premier Francois Legault and Prime minister Justin Trudeau seeking immediate help for their residents affected by the May flooding.

The sub title of the document was “the cameras have gone, the government too.”

Written last week, the letter noted that “on this 37th day of the flood, even if the media are less present, those flood victims and municipalities still need help from both governments.”

Costs for housing and feeding displaced flood victims was an issue raised noting that in the flooding of 2017 “your predecessor had borne all of these costs” and with the CAQ government’s announcement of “the new terms and conditions of the general compensation and financial assistance program for real or imminent disasters” has placed some of the nine municipalities in a financial situation where one unfortunate option could force “some municipalities have to make difficult decisions and take the heinous step of reducing food aid and reviewing the accommodation of those affected. In addition to this uncertainty, the Department of Public Safety unfairly treats the municipalities as it does not give them the same information and forgets to contact some of them.”

As of press time, Quebec’s Public Security Minister Geneviève Guilbault was scheduled to meet with several of the signatories of the letter in person to discuss the concerns raised.

The mayors are also asking the federal government to get help from the Canadian Armed Forces for the eventual clean up pf the thousands of sand bags and improvised dykes made to hold the rising waters back.

The letter stated that “on May 13 that a second mandate was given to the Armed Forces to help municipalities in the restoration of municipal infrastructure” and that the federal government had promised military assistance to the municipalities of Vaudreuil-Soulanges but “we are still waiting for them.”

The signatories of the letter, Pointe Fortune Mayor François Bélanger, Rigaud Mayor Hans Gruenwald, Hudson Mayor Jamie Nicholls, Vaudreuil-Dorion Mayor Guy Pilon, Vaudreuil-sur-le-Lac Mayor Claude Pilon, ’Île-Cadieux Mayor Daniel Martel, Terrasse-Vaudreuil Mayor Michel Bourdeau, Île-Perrot Mayor Pierre Séguin and Pincourt Mayor Yvan Cardinal, concluded with asking the two governments who will be able to help those who have been affected by the flooding who are both mentally and physically spent, get rid of all the “ hundreds of sandbags that had to be put in place for the protection of their property?” 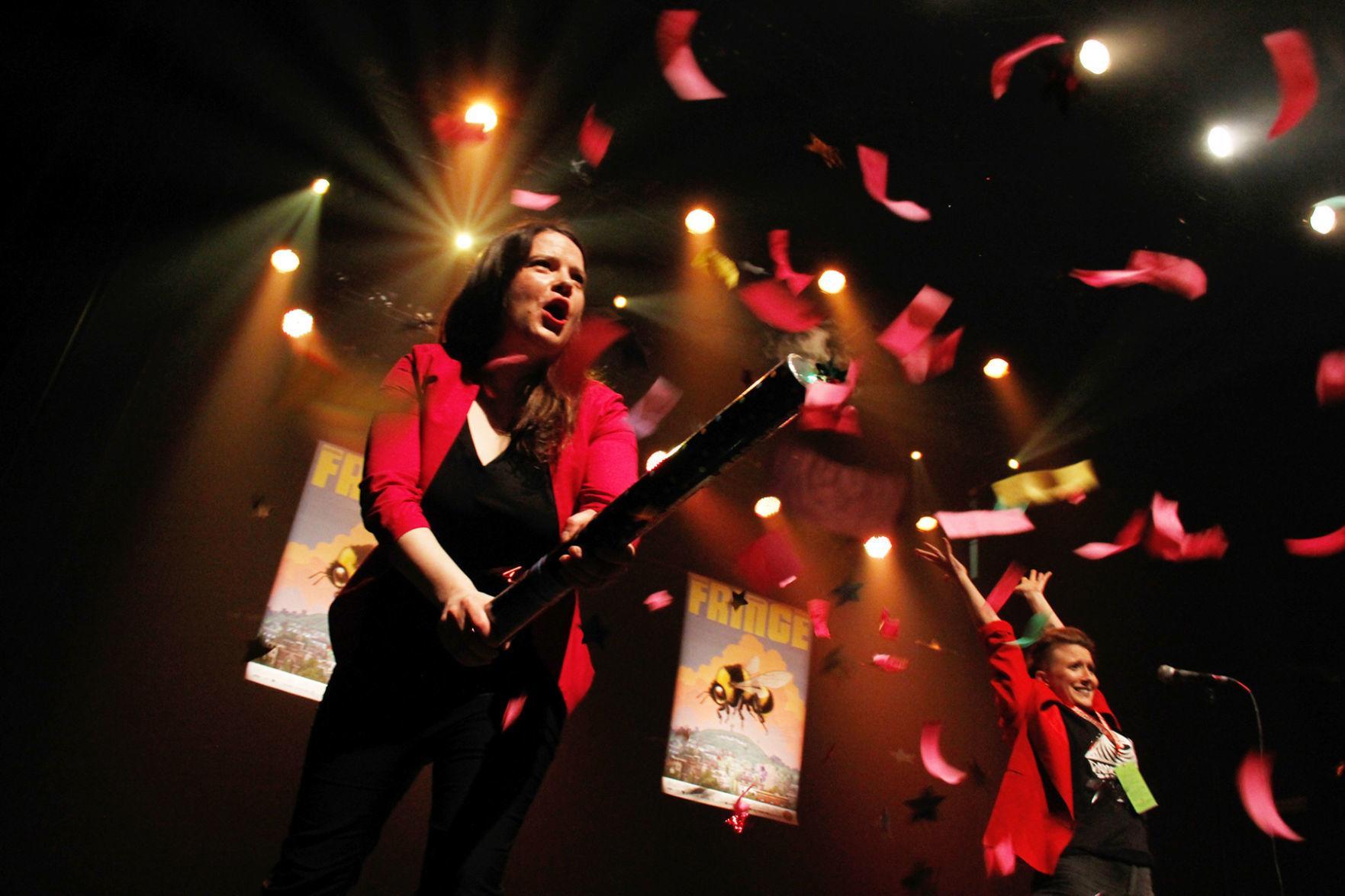 “We really see the timing of the festival as the kick-off to summer,” says festival director Amy Blackmore, left, with Helen Simard on the right. 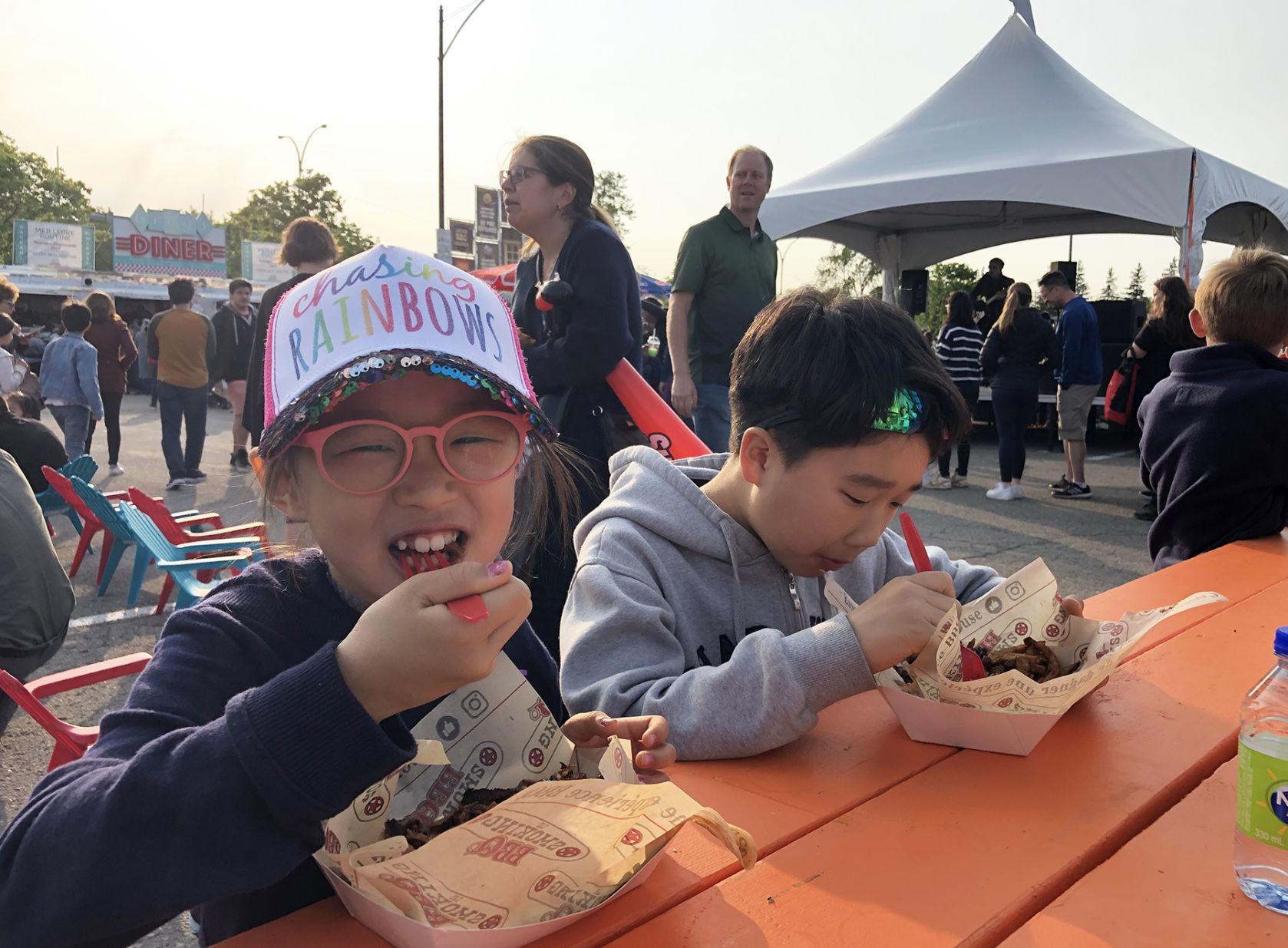 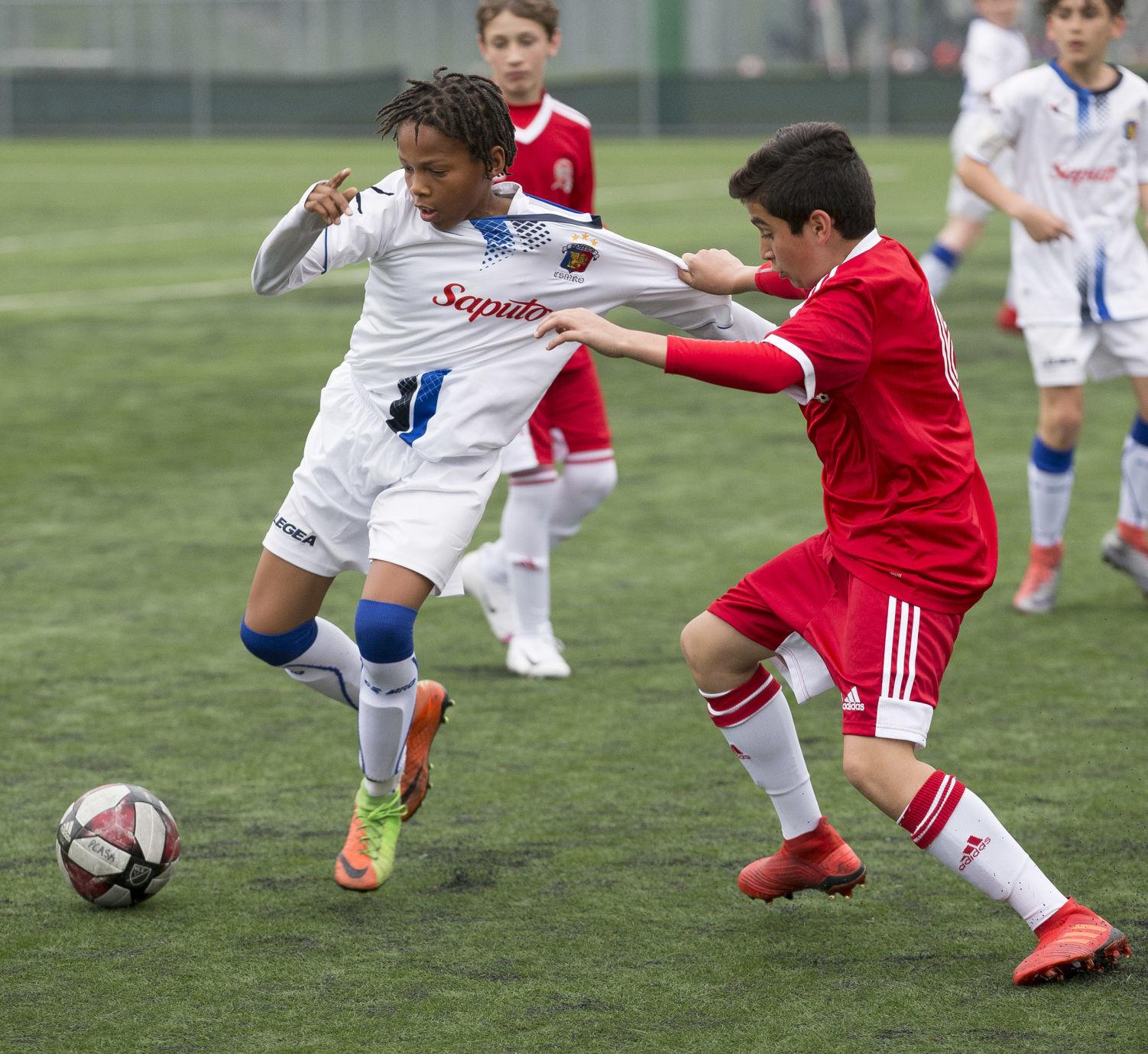 “The only way it can really go is up,” Pointe Claire head coach Jacob Bercovitch said. “It has been difficult to start but I feel that we are capable of doing well.”

For the last 71 years, residents of Beaconsfield have recognized the store sign of The Hub, a local hardware store, as a neighbourhood memento. However, in accordance with city bylaw passed in 2012, the sign needs to be removed because the bylaw stipulates businesses are forbidden from having more than two signs outside.

Local residents and neighbouring businesses define the store and its sign as a part of the community and are expressing their disappointment that it will be taken down.

Mackenzie Mannit, who works across the street at RPM Autotech said that the signs, “where there when my mom was a kid.”

“It means something to the community,” owner Stan Rutkauskas says. Mr. Rutkauskas originally purchased the hardware store in 1992. He explained how the choice of what signs to hang is not his, and of all the signs outside, the Hub should be the last to go. His contracts with providers like Benjamin Moore, dictate that he must hang their signs outside as well.

“Originally, I had seven signs on the building, “he explains. “I have permits for two Benjamin Moore signs — it doesn’t say that we’re a hardware store. The sign for the Hub, which has been there since the 1940’s “shouldn’t be an issue,” he expressed.

Mr. Rutkauskas received a letter from the city warning him that he would be fined if he did not remove the sign by the deadline. Through discussions with the city, he was able to extend the deadline, but they have yet to come to an agreement. The city of Beaconsfield said that before it can enter into further discussions about the signage, the 71-year-old store needs to comply with the bylaw and remove the signage. As of June 1, the sign was covered, until Mr. Rutkauskas can come to an agreement with the city.