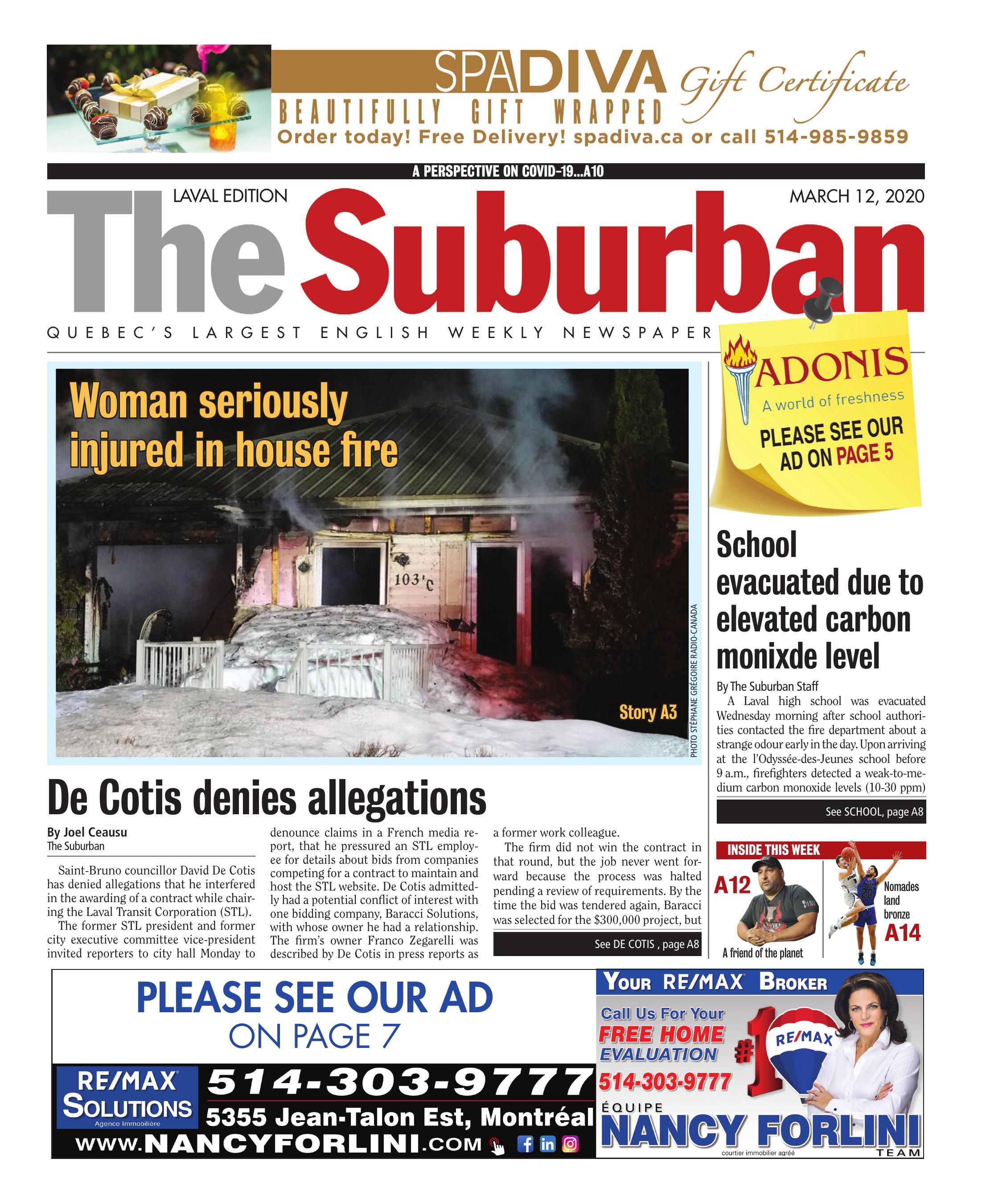 De Cotis seen with with Galati and Tassoni in 2018, says allegations are false.

Saint-Bruno councillor David De Cotis has denied allegations that he interfered in the awarding of a contract while chairing the Laval Transit Corporation (STL).

The former STL president and former city executive committee vice-president invited reporters to city hall Monday to denounce claims in a French media report, that he pressured an STL employee for details about bids from companies competing for a contract to maintain and host the STL website. De Cotis admittedly had a potential conflict of interest with one bidding company, Baracci Solutions, with whose owner he had a relationship. The firm’s owner Franco Zegarelli was described by De Cotis in press reports as a former work colleague.

The firm did not win the contract in that round, but the job never went forward because the process was halted pending a review of requirements. By the time the bid was tendered again, Baracci was selected for the $300,000 project, but De Cotis no longer sat on the STL board, reminding reporters that Mayor Marc Demers removed him from the board twice, in 2017 and then before the new selection in 2018.

The employee alleging the request for details of competing companies only reported the alleged interference after De Cotis left the second time and was reportedly terminated for withholding the information. De Cotis called the allegations “incoherent... I have never lobbied employees or shared confidential information. These allegations are false.” He also added that he “never proposed or seconded” any motion to consider the firm at the STL board.

The Journal de Montreal reports that Laval police were contacted by the STL. The Suburban could not confirm that the file has been turned over to Quebec’s permanent anti-corruption unit (UPAC).

This is the second time De Cotis has been scrutinized in as many months, following allegations last month that he may have intervened in a matter regarding land development in which he had ownership interests. It was following that allegation that De Cotis left his new political home, the Action Laval caucus, along with council colleagues Isabella Tassoni who was alleged to have omitted information about her personal land holdings in Laval, and Paolo Galati, also reported to have not properly disclosed his interests in a real estate firm. All three suggested the matter was one of simple mistakes, omissions or ignorance of requirements.

No smoke detector and snow blocking a doorway may have contributed to the serious injuries a Fabreville woman suffered Saturday morning.

Laval firefighters responded to a call shortly after midnight Saturday morning and arrived on the scene at 42nd Avenue to find the house covered in flames. Fire department officials said in a statement that three people managed to escape the burning structure, including two adults and a child.

A woman in her 40s however, could not exit, and officials are suggesting that her escape was hampered by snow obstructing the front door. Laval police also stated that the home had no functioning smoke detector. The women suffered serious burns and was taken to hospital.

At least eight individuals, including students, were transported to hospital.

A Laval high school was evacuated Wednesday morning after school authorities contacted the fire department about a strange odour early in the day. Upon arriving at the l’Odyssée-des-Jeunes school before 9 a.m., firefighters detected a weak-to-medium carbon monoxide levels (10-30 ppm) and ordered the Vimont campus evacuated.

Some 900 students were evacuated from the CSDL school on Cyrille-Delage, just west of Boulevard des Laurentides, and Laval’s fire officials told reporters the operation was smooth thanks to the school’s evacuation exercises. The Secondary 1 and 2 students were ushered into neighboring buildings, and first responders arrived as a precaution with at least eight individuals, including students, transported to hospital for further evaluation. The building’s natural gaz heating system is being inspected.