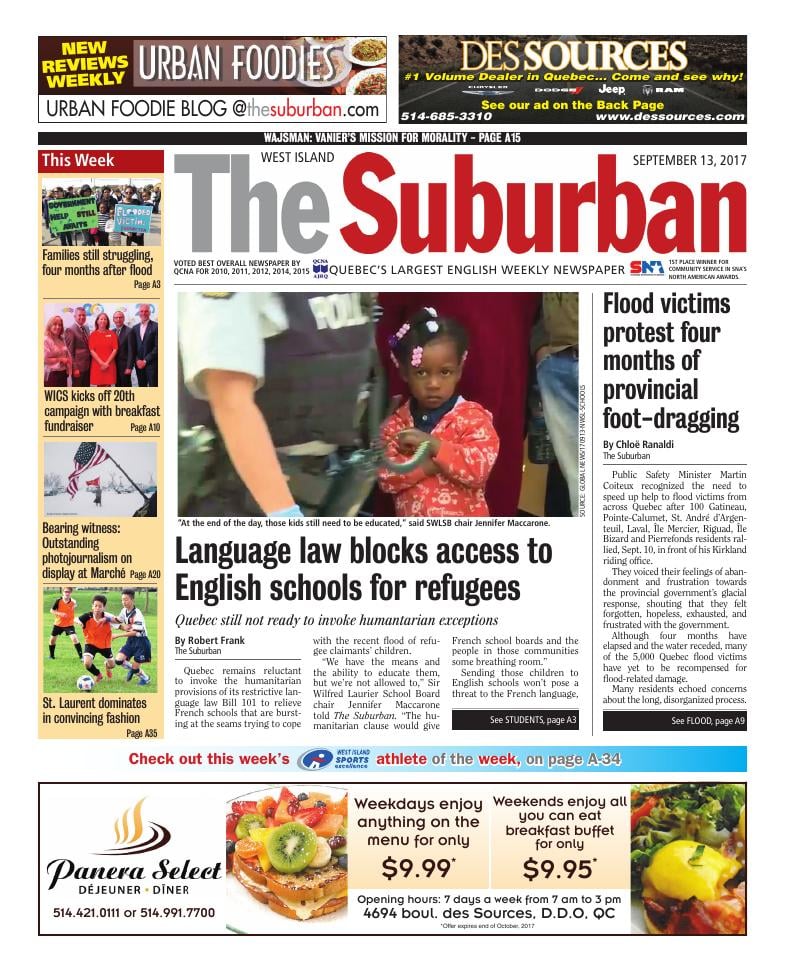 Quebec remains reluctant to invoke the humanitarian provisions of its restrictive language law Bill 101 to relieve French schools that are bursting at the seams trying to cope with the recent flood of refugee claimants’ children.

“We have the means and the ability to educate them, but we’re not allowed to,” Sir Wilfred Laurier School Board chair Jennifer Maccarone told The Suburban. “The humanitarian clause would give French school boards and the people in those communities some breathing room.”

Sending those children to English schools won’t pose a threat to the French language, she reassured, because they are producing graduates who are proficient in French.

“We’re still the number one school board in the province for French langue-maternelle,” Maccarone reminded in an interview. “You shouldn’t be afraid to send your kids here. We’re doing something good here, so give us an opportunity.”

Since 1977, Quebec has barred English public schools from enrolling the children of immigrants and asylum-seekers who can’t prove that they studied in English in Canada. The ensuing collapse in English enrolment has burdened many English school boards with overcapacity, while their French counterparts faced the opposite predicament during the same period.

“Certainly, there’s a partnership to be had here,” Maccarone suggested. “In the francophone system, the schools are overwhelmed because they’re receiving the bulk of the young families getting asylum.”

“It’s a challenge because many of these students are coming [to Canada] without papers. That limits access to schools,” she concluded. “At the end of the day, those kids still need to be educated.” 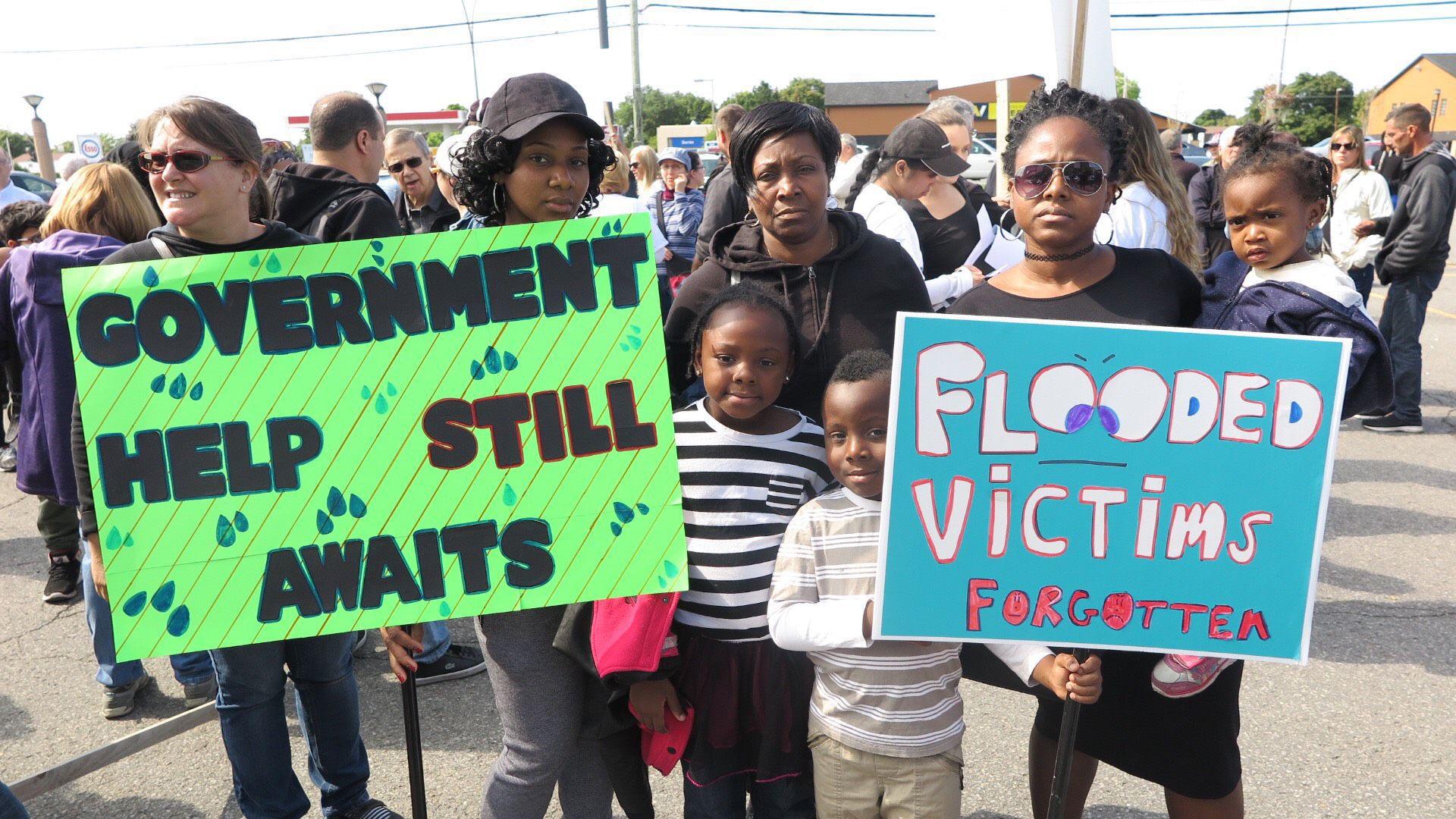 (Left to right) Andrea Frederick, Kevia Baptiste, Akira Baptiste and her three young children—who still must sleep on couches, floor while they await help from Quebec.

Fed up with sluggish government response

They voiced their feelings of abandonment and frustration towards the provincial government’s glacial response, shouting that they felt forgotten, hopeless, exhausted, and frustrated with the government.

Although four months have elapsed and the water receded, many of the 5,000 Quebec flood victims have yet to be recompensed for flood-related damage.

Many residents echoed concerns about the long, disorganized process.

Although Coiteux announced measures to help them navigate the slow-moving provincial bureacracy, Sept. 12, he did not commit to a specific timeline that would put the payments in their hands before winter.

Organizers Itsik Romano, Rene Leblanc, Pier-Luc Cauchon, and Steve Beauchamp wanted to bring the community together and let victims know that they are not alone.

Leblanc, who lives in Pierrefonds said that his whole Maçon St. basement had been flooded in May.

“We had five and a half feet of water in our basement, all our furniture is gone, our furnace, insulation, and walls had to be removed,” he said “Now we’re down to a concrete room.”

After learning about the government’s pledge to aid flood victims, Leblanc and his wife Anne were relieved that help was finally on its way. Yet, like many other residents gathered at the rally, they felt that the government has taken little action to help people to rebuild their homes.

“It has been one disappointment after another, the city doesn’t come through then our government fails us.”

Coiteux told The Suburban, Aug 30, that the process is protracted because his officials have to assess each claim individually.

“Before doing the financial compensation, it is very important to get all the [pertinent] information,” he explained. “We have to know exactly what kind of repairs need to be done.” 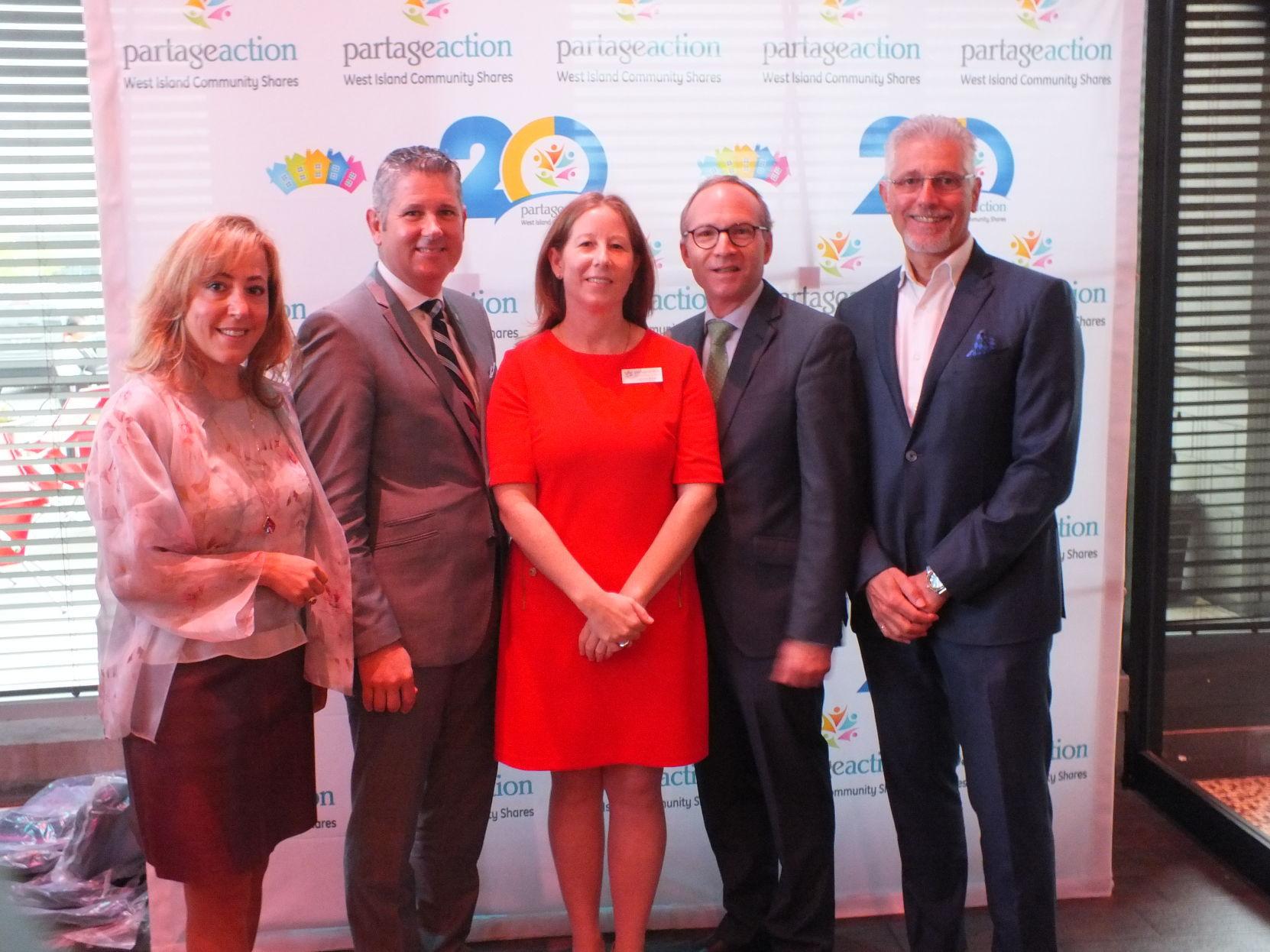 By Kevin Woodhouse The Suburban 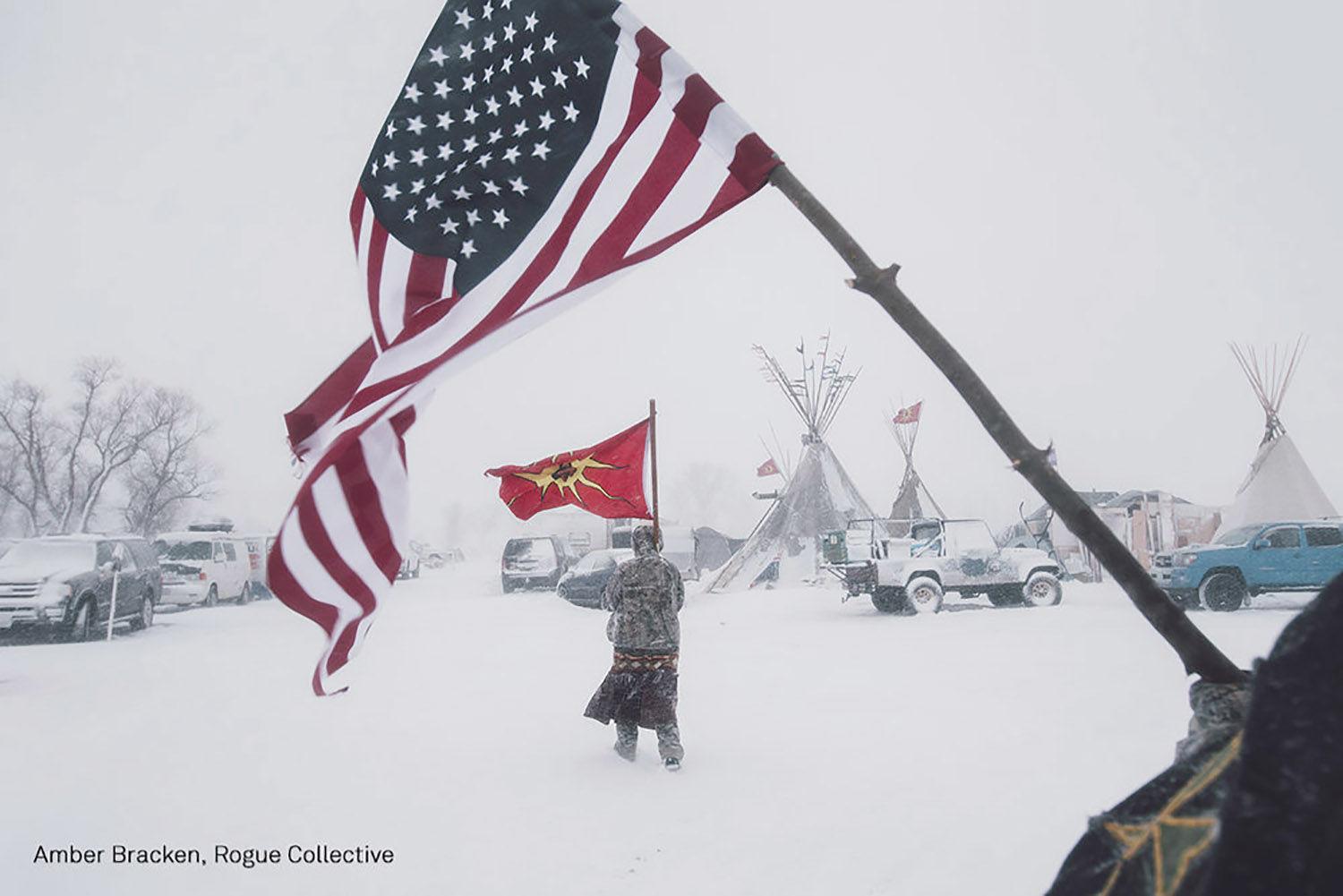 It took Canadian photographer Amber Bracken, who was present at the August 29 launch, around eight weeks over four trips to document the Standing Rock protests in North Dakota by the Sioux people against the Dakota Access Pipeline, fearing water contamination and damage to sacred sites. 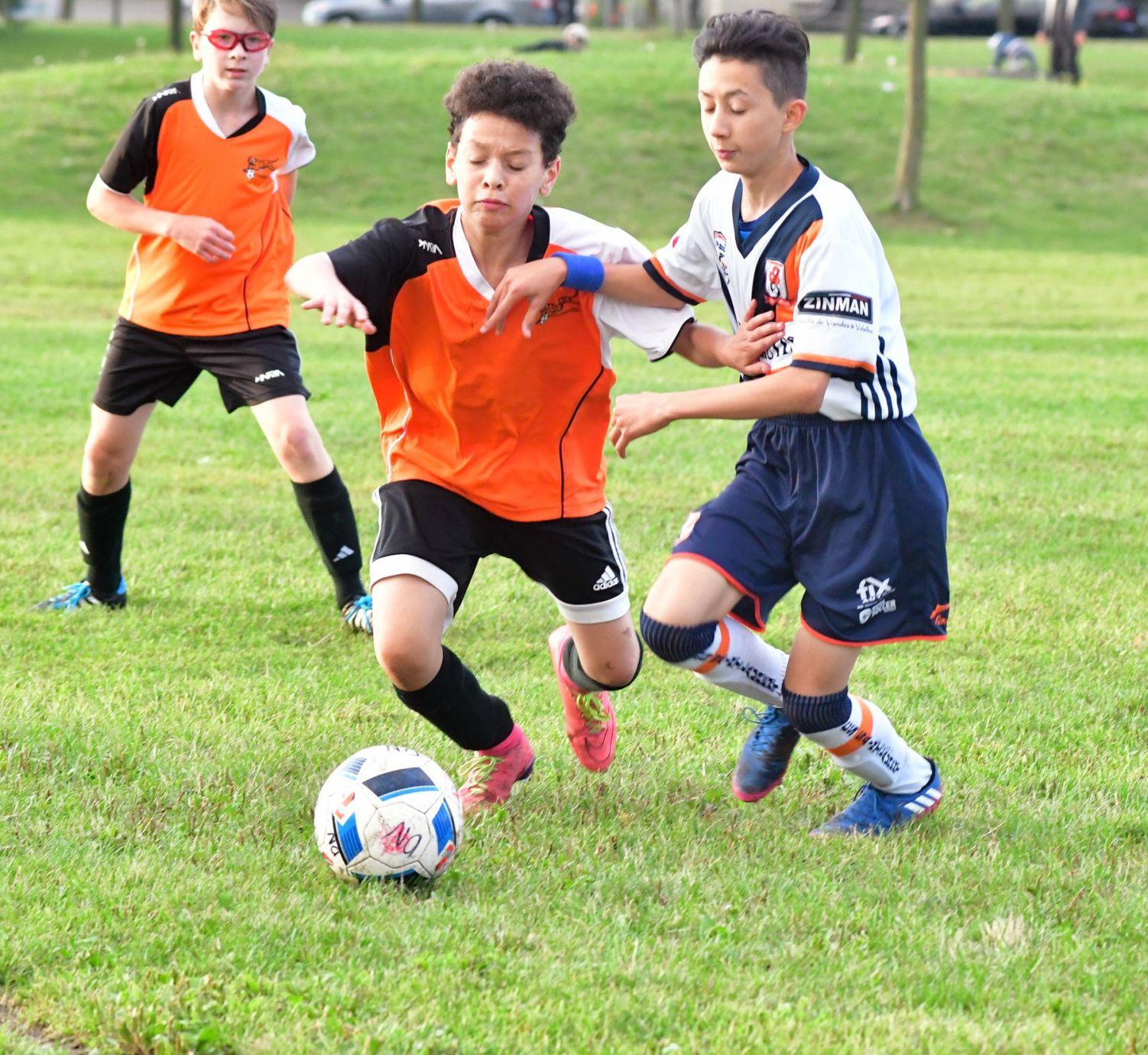 “It was a tough latter half of the season for sure,” Dorval assistant coach Daniel La Schiazza said. “Just because a team does poorly doesn’t mean that guys overall should take a season as a wash.” 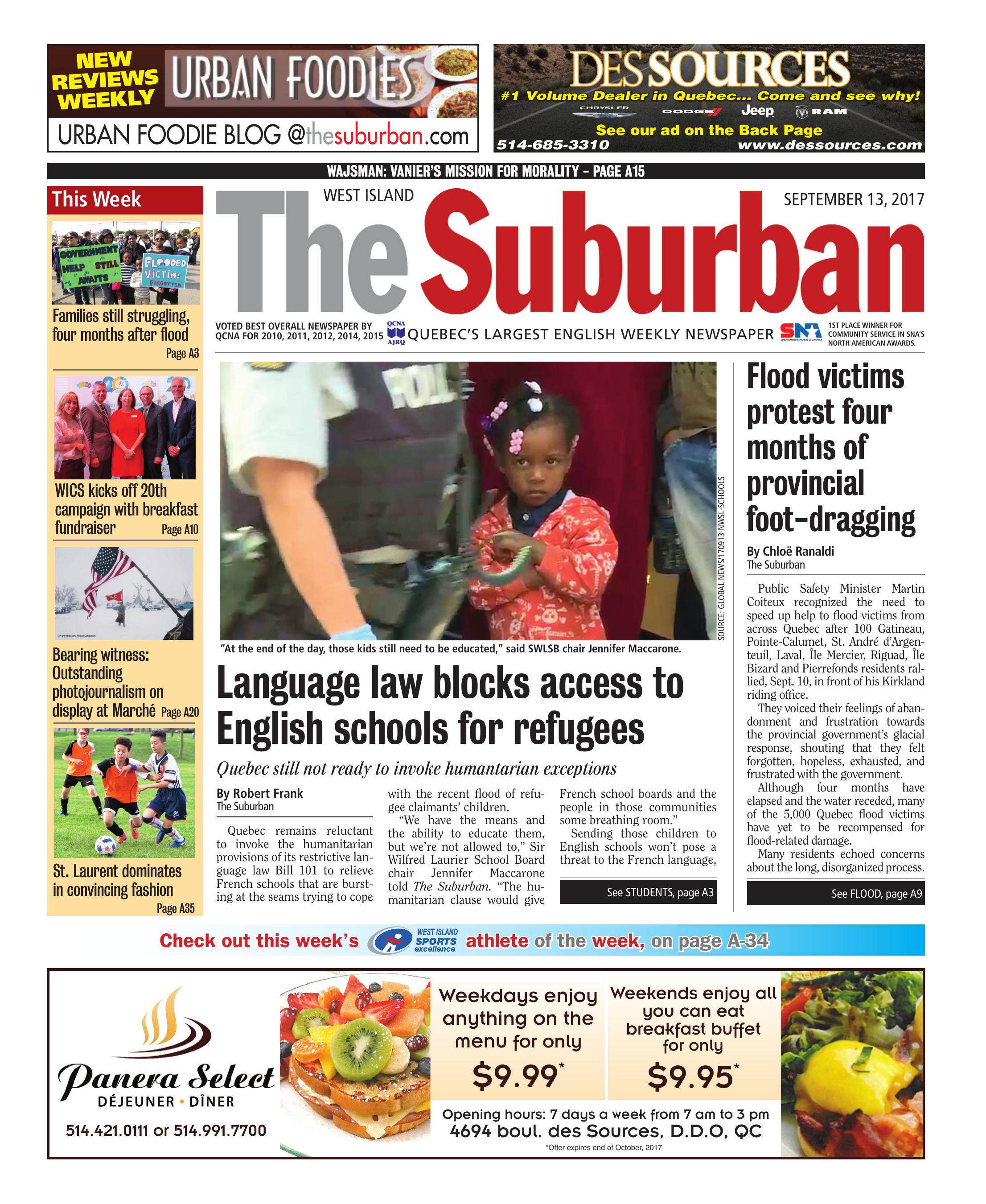