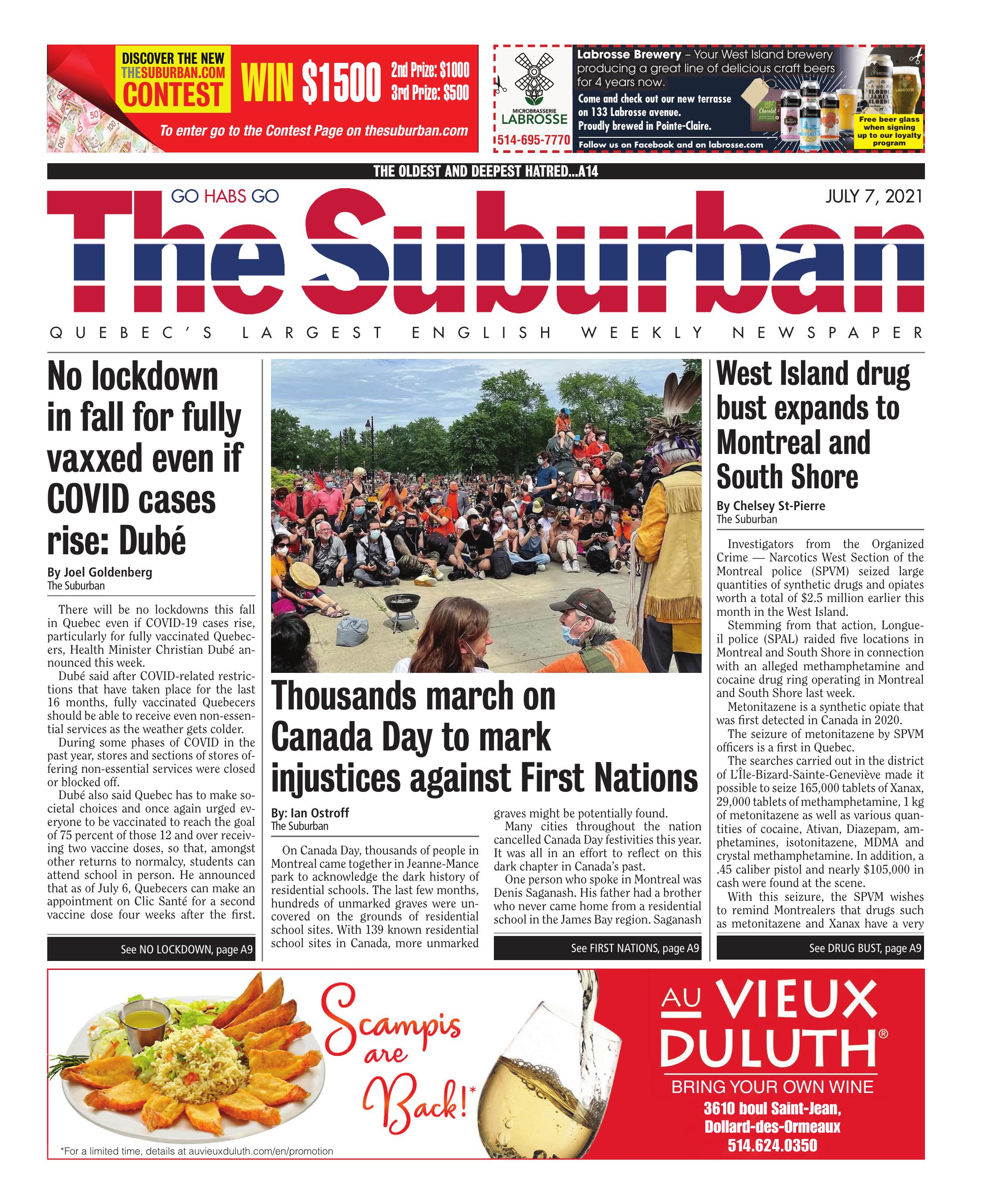 Many cities throughout the nation cancelled Canada Day festivities this year. It was all in an effort to reflect on this dark chapter in Canada’s past.

One person who spoke in Montreal was Denis Saganash. His father had a brother who never came home from a residential school in the James Bay region. Saganash hopes that others will feel the pain of each child that never returned home.

An organizer of the blockade in Kahnawake, Tammy Whitebean, stated that any Canadian who wants to join them in mourning shows there are people who care and will acknowledge the destruction of Indigenous communities.

Nakuset — executive director of the Native Women’s Shelter in Montreal — helped organize the march in Montreal and felt the pain of the discovered bodies personally since her mother once attended a residential school. She went on to say that anyone who celebrates Canada Day is celebrating oppression.

City_news
breaking
No lockdown in fall for fully vaxxed even if COVID cases rise: Dubé

There will be no lockdowns this fall in Quebec even if COVID-19 cases rise, particularly for fully vaccinated Quebecers, Health Minister Christian Dubé announced this week.

Dubé said after COVID-related restrictions that have taken place for the last 16 months, fully vaccinated Quebecers should be able to receive even non-essential services as the weather gets colder.

During some phases of COVID in the past year, stores and sections of stores offering non-essential services were closed or blocked off.

Dubé also said Quebec has to make societal choices and once again urged everyone to be vaccinated to reach the goal of 75 percent of those 12 and over receiving two vaccine doses, so that, amongst other returns to normalcy, students can attend school in person. He announced that as of July 6, Quebecers can make an appointment on Clic Santé for a second vaccine dose four weeks after the first. A further update on vaccines is coming Thursday.

Dubé’s announcements came on a day when there were only 49 new COVID cases in the entire province, only 17 in Montreal and only 10 in Laval.

Investigators from the Organized Crime — Narcotics West Section of the Montreal police (SPVM) seized large quantities of synthetic drugs and opiates worth a total of $2.5 million earlier this month in the West Island.

Metonitazene is a synthetic opiate that was first detected in Canada in 2020.

The seizure of metonitazene by SPVM officers is a first in Quebec.

The searches carried out in the district of L’Île-Bizard-Sainte-Geneviève made it possible to seize 165,000 tablets of Xanax, 29,000 tablets of methamphetamine, 1 kg of metonitazene as well as various quantities of cocaine, Ativan, Diazepam, amphetamines, isotonitazene, MDMA and crystal methamphetamine. In addition, a .45 caliber pistol and nearly $105,000 in cash were found at the scene.

With this seizure, the SPVM wishes to remind Montrealers that drugs such as metonitazene and Xanax have a very high potential for dependence. “They can cause accidental overdoses and their use is strongly discouraged. Of particular concern is the consumption of Xanax, given its popularity among young people.” The force said.

Two of the apprehended suspects, Charles Laberge (25) and Michael Eustache (56) have appeared at the Montreal courthouse and face various charges related to drug possession and trafficking.