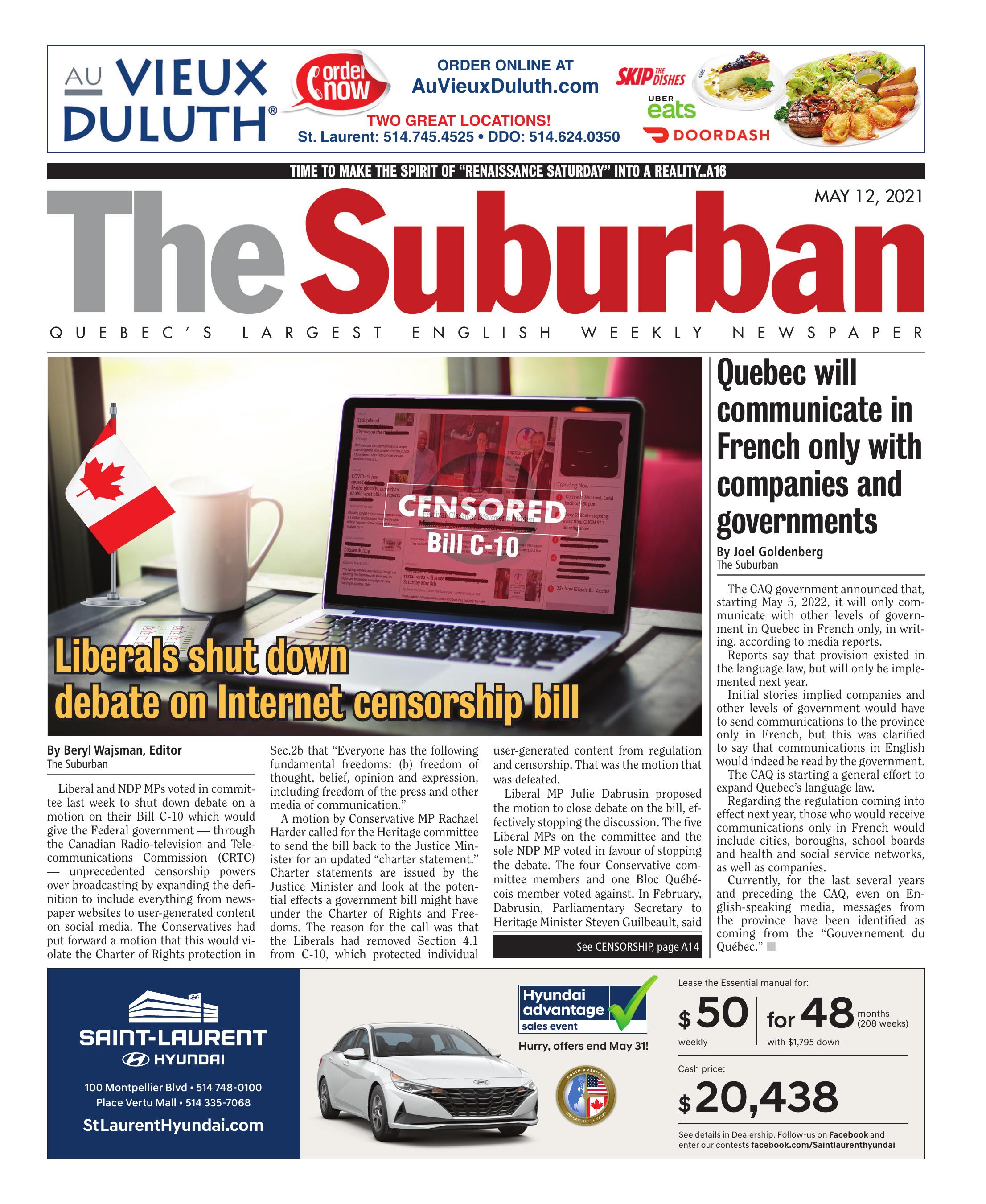 Liberal and NDP MPs voted in committee last week to shut down debate on a motion on their Bill C-10 which would give the Federal government — through the Canadian Radio-television and Telecommunications Commission (CRTC) — unprecedented censorship powers over broadcasting by expanding the definition to include everything from newspaper websites to user-generated content on social media. The Conservatives had put forward a motion that this would violate the Charter of Rights protection in Sec.2b that “Everyone has the following fundamental freedoms: (b) freedom of thought, belief, opinion and expression, including freedom of the press and other media of communication.”

A motion by Conservative MP Rachael Harder called for the Heritage committee to send the bill back to the Justice Minister for an updated “charter statement.” Charter statements are issued by the Justice Minister and look at the potential effects a government bill might have under the Charter of Rights and Freedoms. The reason for the call was that the Liberals had removed Section 4.1 from C-10, which protected individual user-generated content from regulation and censorship. That was the motion that was defeated.

Liberal MP Julie Dabrusin proposed the motion to close debate on the bill, effectively stopping the discussion. The five Liberal MPs on the committee and the sole NDP MP voted in favour of stopping the debate. The four Conservative committee members and one Bloc Québécois member voted against. In February, Dabrusin, Parliamentary Secretary to Heritage Minister Steven Guilbeault, said the goal of Internet and social media regulation should be to prevent the “chipping away at the credibility of our institutions, at the fundamental trust in Canada’s public service and the institutions that support the very important work that is being done in our country.” Her statement was met with significant national criticism as opening the door to censorship of any criticism of any government, which is a fundamental right in all democracies.

Critics have pointed out that the removal of Sec. 4.1 would give the CRTC control over much of the content Canadians post online, with former CRTC commissioner Peter Menzies saying that move doesn’t “just infringe on free expression, it constitutes a full-blown assault upon it and, through it, the foundations of democracy.”

Bill C-10 started out last November to expand the powers of the CRTC under the Broadcasting Act to regulate digital streaming platforms like Netflix and You Tube on the same basis as radio and television. Several weeks ago, the Liberals added an amendment removing Sec. 4.1 protection which removal gives the CRTC power to regulate all “user-generated posts” anywhere on social media — streaming or not — and indeed throughout the Internet. The CRTC would have effective power to remove or block anything it considers offensive or improper without any prior notice or process of appeal.

This was an about face from the Trudeau government’s months-long assertions that the Bill would not be used against individual expressions on either the net or social media. The censorship powers this would give this government would be on a par with China’s as when that government takes down images of the Tiananmen Square Uprising that many Chinese individuals post on the anniversary of that attempt at freedom.

For the first time federal law would give the Canadian Radio-television and Telecommunications Commission the power to judge the content of every post, every user video, every podcast, and every website to determine whether it is free of any information it doesn’t like and full enough of Canadian content. The power to regulate websites would also, indirectly, give Ottawa the power to control the content of newspapers for the first time.

Cities like Côte St. Luc will receive communications only in French from the Quebec government starting next year.

The CAQ government announced that, starting May 5, 2022, it will only communicate with other levels of government in Quebec in French only, in writing, according to media reports.

Reports say that provision existed in the language law, but will only be implemented next year.

Initial stories implied companies and other levels of government would have to send communications to the province only in French, but this was clarified to say that communications in English would indeed be read by the government.

The CAQ is starting a general effort to expand Quebec’s language law.

Regarding the regulation coming into effect next year, those who would receive communications only in French would include cities, boroughs, school boards and health and social service networks, as well as companies.

Currently, for the last several years and preceding the CAQ, even on English-speaking media, messages from the province have been identified as coming from the “Gouvernement du Québec.”