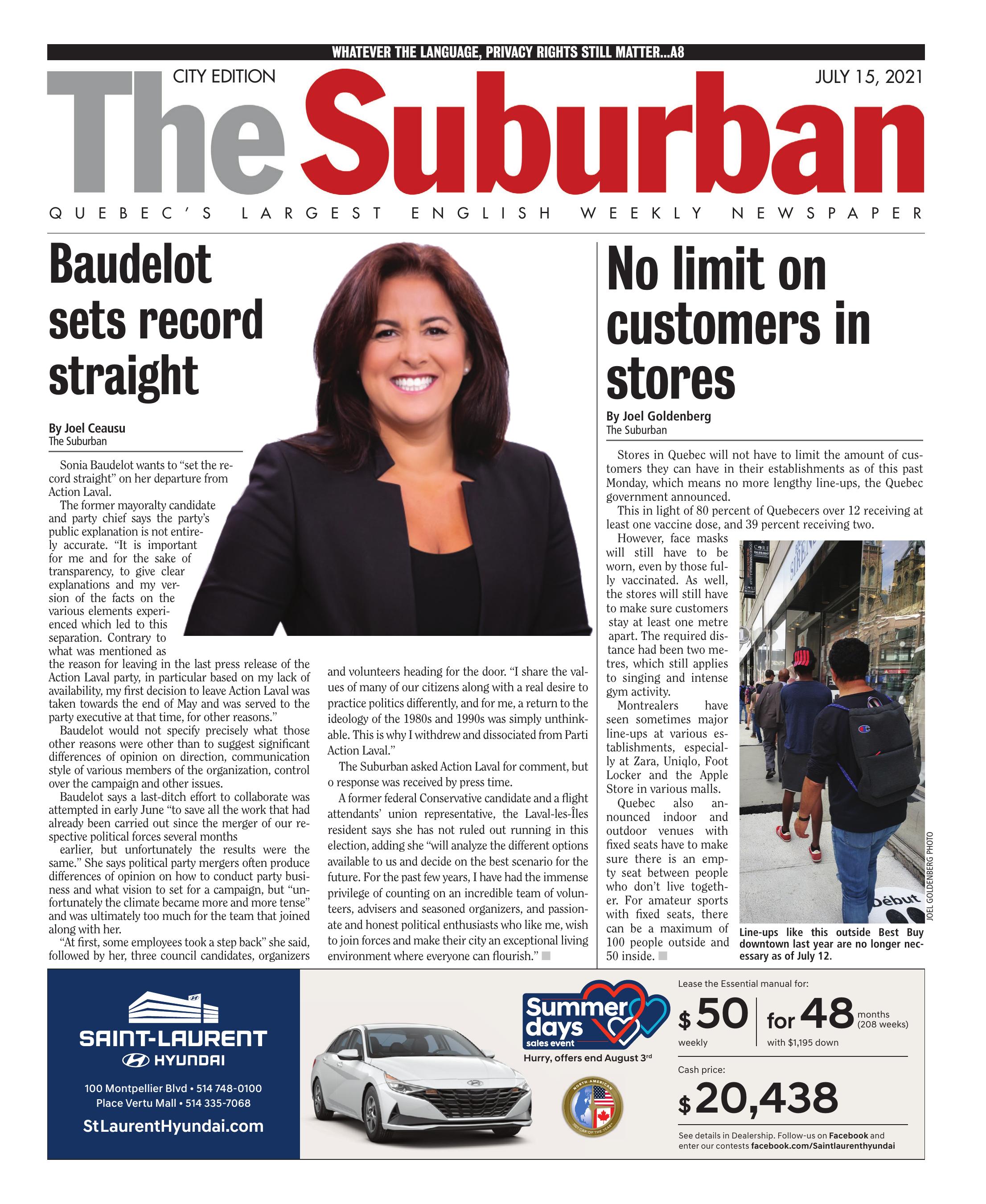 Sonia Baudelot wants to “set the record straight” on her departure from Action Laval.

The former mayoralty candidate and party chief says the party’s public explanation is not entirely accurate. “It is important for me and for the sake of transparency, to give clear explanations and my version of the facts on the various elements experienced which led to this separation. Contrary to what was mentioned as the reason for leaving in the last press release of the Action Laval party, in particular based on my lack of availability, my first decision to leave Action Laval was taken towards the end of May and was served to the party executive at that time, for other reasons.”

Baudelot would not specify precisely what those other reasons were other than to suggest significant differences of opinion on direction, communication style of various members of the organization, control over the campaign and other issues.

earlier, but unfortunately the results were the same.” She says political party mergers often produce differences of opinion on how to conduct party business and what vision to set for a campaign, but “unfortunately the climate became more and more tense” and was ultimately too much for the team that joined along with her.

“At first, some employees took a step back” she said, followed by her, three council candidates, organizers and volunteers heading for the door. “I share the values of many of our citizens along with a real desire to practice politics differently, and for me, a return to the ideology of the 1980s and 1990s was simply unthinkable. This is why I withdrew and dissociated from Parti Action Laval.”

The Suburban asked Action Laval for comment, but o response was received by press time.

A former federal Conservative candidate and a flight attendants’ union representative, the Laval-les-Îles resident says she has not ruled out running in this election, adding she “will analyze the different options available to us and decide on the best scenario for the future. For the past few years, I have had the immense privilege of counting on an incredible team of volunteers, advisers and seasoned organizers, and passionate and honest political enthusiasts who like me, wish to join forces and make their city an exceptional living environment where everyone can flourish.”

Line-ups like this outside Best Buy downtown last year are no longer necessary as of July 12.

Stores in Quebec will not have to limit the amount of customers they can have in their establishments as of this past Monday, which means no more lengthy line-ups, the Quebec government announced.

This in light of 80 percent of Quebecers over 12 receiving at least one vaccine dose, and 39 percent receiving two.

However, face masks will still have to be worn, even by those fully vaccinated. As well, the stores will still have to make sure customers stay at least one metre apart. The required distance had been two metres, which still applies to singing and intense gym activity.

Quebec also announced indoor and outdoor venues with fixed seats have to make sure there is an empty seat between people who don’t live together. For amateur sports with fixed seats, there can be a maximum of 100 people outside and 50 inside.