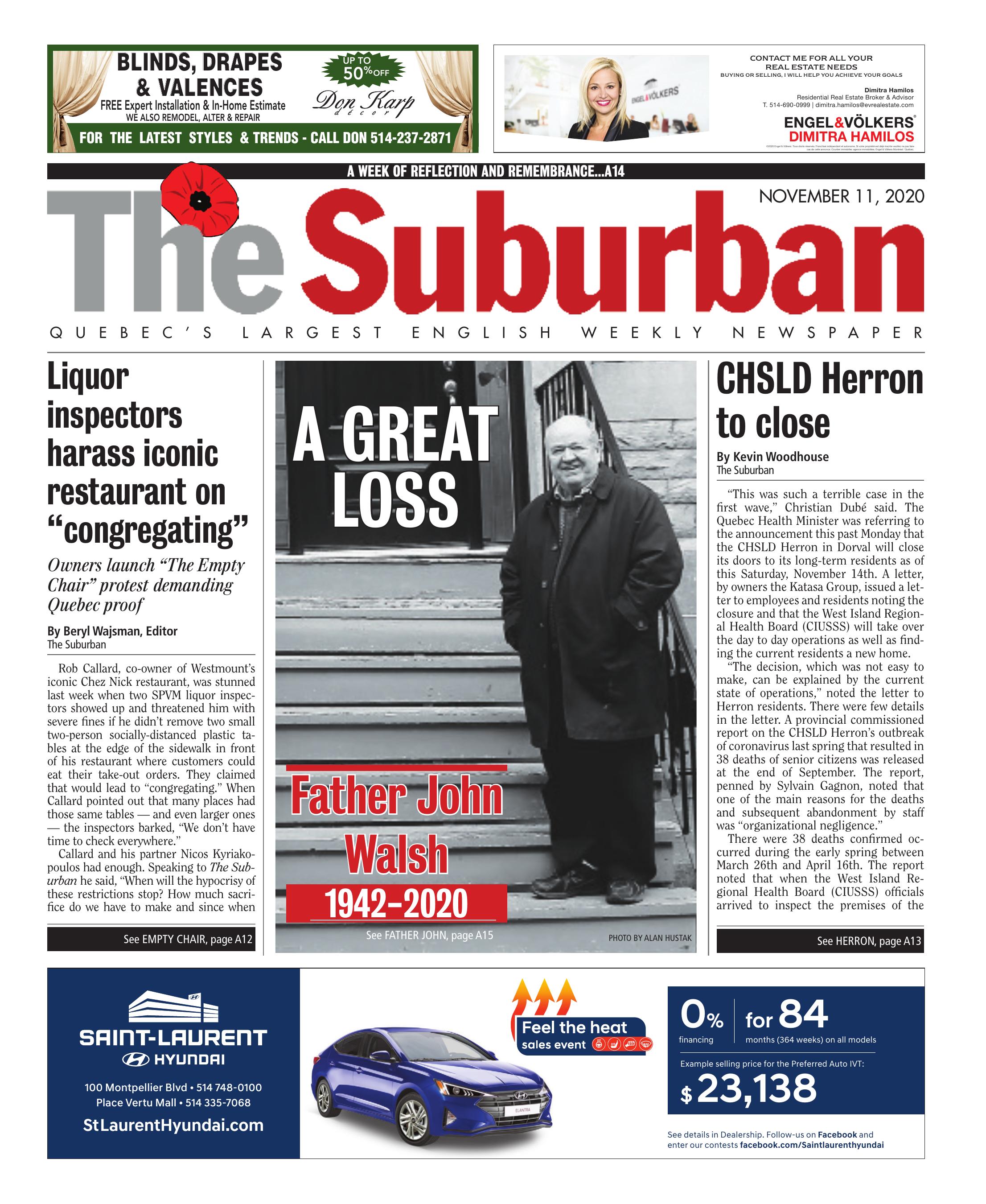 Rob Callard, co-owner of Westmount’s iconic Chez Nick restaurant, was stunned last week when two SPVM liquor inspectors showed up and threatened him with severe fines if he didn’t remove two small two-person socially-distanced plastic tables at the edge of the sidewalk in front of his restaurant where customers could eat their take-out orders. They claimed that would lead to “congregating.” When Callard pointed out that many places had those same tables — and even larger ones — the inspectors barked, “We don’t have time to check everywhere.”

Callard and his partner Nicos Kyriakopoulos had enough. Speaking to The Suburban he said, “When will the hypocrisy of these restrictions stop? How much sacrifice do we have to make and since when do liquor inspectors have the right to threaten on Covid guidelines?” They decided to lunch their own protest. It’s called “The Empty Chair” and dozens of people are stopping by every day. He hopes other restaurants do the same.

Rob and Nick took one of those small plastic tables, put a plastic chair on top of it and pasted two messages on it — one in French and one in English — that read, “A symbol of the hypocrisy of a government lockdown on restaurants with no statistics or proof to support that we are a Covid risk. “ At the end they wrote,’Open the restaurants!”

The Chez Nick protest reflects the frustration of the entire restaurant industry that employs some 75,000 in the Montreal area. Callard explained that he, as all restaurateurs, have spent thousands of dollars — in some cases tens of thousands — to meet guidelines set by Quebec when restaurants reopened. They socially distanced the dining tables, installed plexiglass dividers and limited people walking in even for take-out. They are all, “at the end of their ropes.”

The fury and frustration grew after the unexplained about-face that led to the second restaurant lockdown. On September 25th Public Health Director Horacio Arruda told the press that he saw no reason to close restaurants and movie theatres because, “there was no evidence that they were contributing to the spread since they were following guidelines.” Several days later the Legault government ordered both industries locked down again. No explanation was offered nor have any statistics been presented subsequently.

The maximum allowance of $15,000 a month to restaurants offered by the government for the second lockdown barely covers a week of expenses for the average restaurant. The Bar and Restaurant Association of Quebec expects 40% of restaurants to be permanently closed by Christmas with another 20% closing after the New Year.

“It’s unsustainable,” Callard said. Since the second shutdown sales are 20-25% of normal. This was supposed to be a celebratory year for Chez Nick. It is its centenary. And it is only the second restaurant in Montreal to be in the same spot for that long. But Callard’s a fighter and he believes in giving back. Among his community works are his 100km+ charity bicycle trips for the Cedars Cancer Foundation. He only hopes that Quebec believes in giving back too. Giving back with reason and sanity.

CHSLD Herron in Dorval will close its doors to its long-term residents as of this Saturday, November 14th. A provincial commissioned report on the CHSLD Herron’s outbreak of coronavirus last spring that resulted in 38 deaths of senior citizens was released at the end of September.

“This was such a terrible case in the first wave,” Christian Dubé said. The Quebec Health Minister was referring to the announcement this past Monday that the CHSLD Herron in Dorval will close its doors to its long-term residents as of this Saturday, November 14th. A letter, by owners the Katasa Group, issued a letter to employees and residents noting the closure and that the West Island Regional Health Board (CIUSSS) will take over the day to day operations as well as finding the current residents a new home.

“The decision, which was not easy to make, can be explained by the current state of operations,” noted the letter to Herron residents. There were few details in the letter. A provincial commissioned report on the CHSLD Herron’s outbreak of coronavirus last spring that resulted in 38 deaths of senior citizens was released at the end of September. The report, penned by Sylvain Gagnon, noted that one of the main reasons for the deaths and subsequent abandonment by staff was “organizational negligence.”

There were 38 deaths confirmed occurred during the early spring between March 26th and April 16th. The report noted that when the West Island Regional Health Board (CIUSSS) officials arrived to inspect the premises of the Dorval based senior’s residence, there were only three employees present to handle more than 120 residents. Many residents were found to “soiled, because their incontinence briefs had overflowed and the beds were dirty and the stains suggested it was several days old.

“When the incontinence briefs were changed, several residents had burns on their skin and the hygiene of the genital areas had not been done adequately,” the report noted. During the early days of the crisis, staff did not have enough PPEs, something that is “imperative that such provisions be sufficient for worst-case scenarios.” It was also suggested that health boards “should have more power to intervene in a crisis”. CHSLD Herron was placed into trusteeship by the West Island Health Board in April. 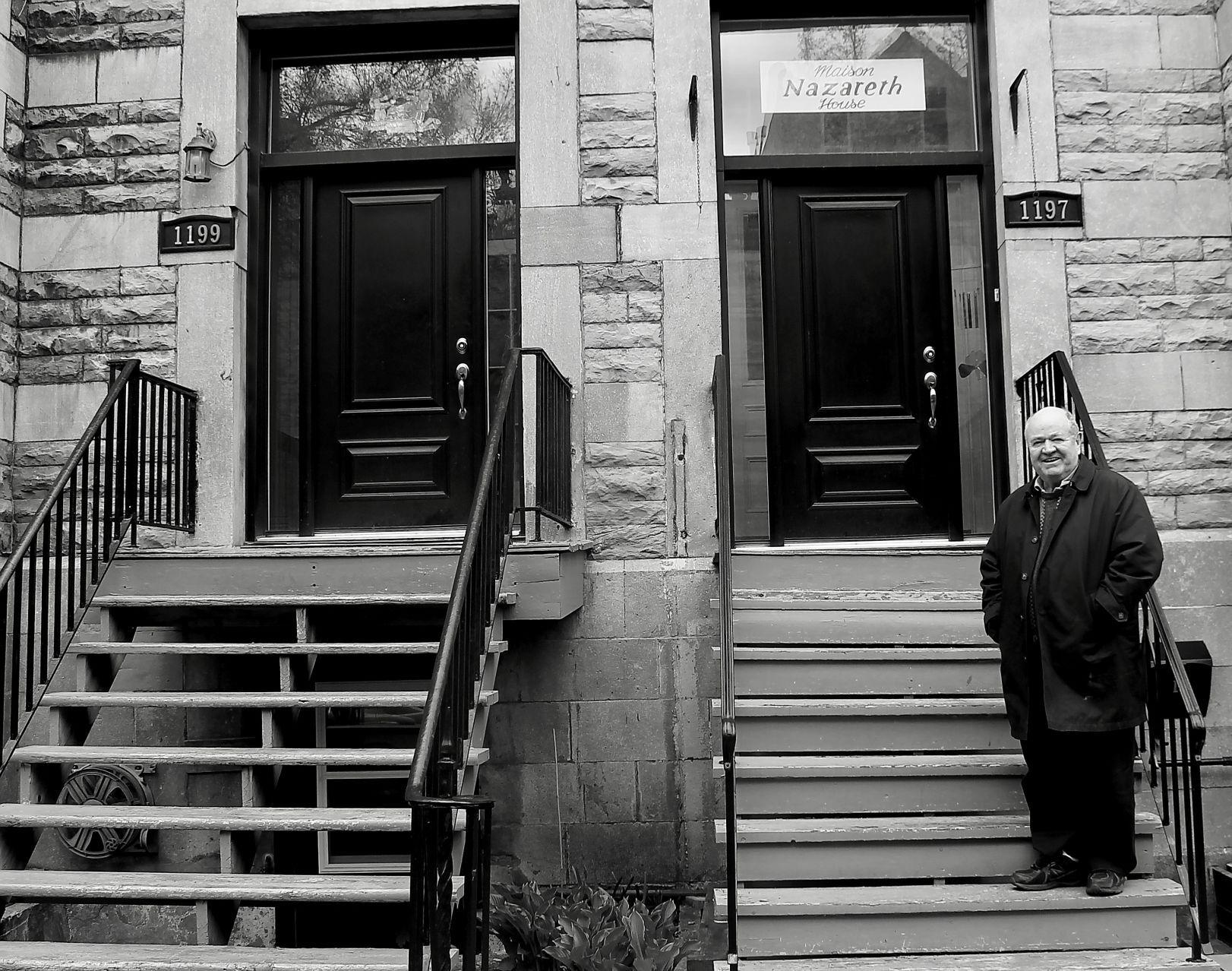