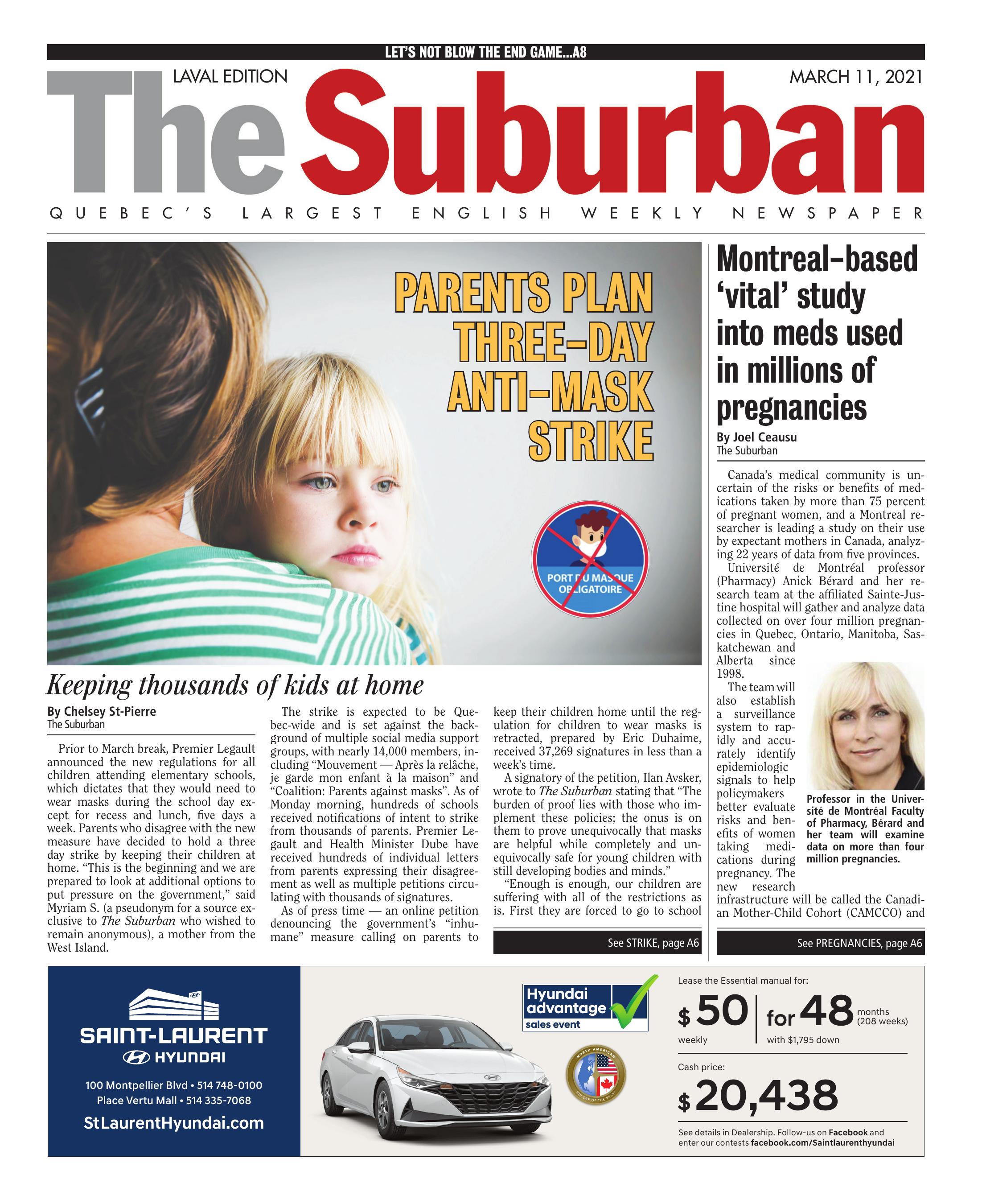 Prior to March break, Premier Legault announced the new regulations for all children attending elementary schools, which dictates that they would need to wear masks during the school day except for recess and lunch, five days a week. Parents who disagree with the new measure have decided to hold a three day strike by keeping their children at home. “This is the beginning and we are prepared to look at additional options to put pressure on the government,” said Myriam S. (a pseudonym for a source exclusive to The Suburban who wished to remain anonymous), a mother from the West Island.

The strike is expected to be Quebec-wide and is set against the background of multiple social media support groups, with nearly 14,000 members, including “Mouvement — Après la relâche, je garde mon enfant à la maison” and “Coalition: Parents against masks”. As of Monday morning, hundreds of schools received notifications of intent to strike from thousands of parents. Premier Legault and Health Minister Dube have received hundreds of individual letters from parents expressing their disagreement as well as multiple petitions circulating with thousands of signatures.

As of press time — an online petition denouncing the government’s “inhumane” measure calling on parents to keep their children home until the regulation for children to wear masks is retracted, prepared by Eric Duhaime, received 37,269 signatures in less than a week’s time.

A signatory of the petition, Ilan Avsker, wrote to The Suburban stating that “The burden of proof lies with those who implement these policies; the onus is on them to prove unequivocally that masks are helpful while completely and unequivocally safe for young children with still developing bodies and minds.”

“Enough is enough, our children are suffering with all of the restrictions as is. First they are forced to go to school without the option for online learning, the rules get tighter along the way and now this,” Pascale Montesano, mother of three said to The Suburban. “Why did they not install ventilation systems rather than force all children to adhere to such a difficult rule?”

“We are keeping our children at home to put pressure on the government. We have thousands of signatures on multiple petitions. We need to do this for our children and we will see this through.” Raffael Cavaliere, a concerned father, told The Suburban.

In September, The Suburban ran a back to school survey and it was evident that over 75% of West Island parents who participated in the survey, were not satisfied with the government’s decision to re-open schools the way that they did. Many alternative suggestions were offered by parents. To date, those concerns have been ignored by the provincial government and after over six months of feeling ignored, thousands of parents across the province have decided to band together and have their voices heard.

It has been argued by pediatricians, parents and teachers, since the start of the school year, that the installation of proper ventilation systems in schools would be far more effective than mandatory mask wearing for children for a number of reasons including, but not limited to concerns on the effects it has on their mental health, their ability to connect with facial expressions and difficulty keeping masks on or keeping them on properly for long periods.

The study will inform the revision of health guidelines and policies to improve how we use and prescribe medications during pregnancy and childhood. 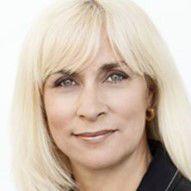 Professor in the Université de Montréal Faculty of Pharmacy, Bérard and her team will examine data on more than four million pregnancies.

Canada’s medical community is uncertain of the risks or benefits of medications taken by more than 75 percent of pregnant women, and a Montreal researcher is leading a study on their use by expectant mothers in Canada, analyzing 22 years of data from five provinces.

Université de Montréal professor (Pharmacy) Anick Bérard and her research team at the affiliated Sainte-Justine hospital will gather and analyze data collected on over four million pregnancies in Quebec, Ontario, Manitoba, Saskatchewan and Alberta since 1998.

The team will also establish a surveillance system to rapidly and accurately identify epidemiologic signals to help policymakers better evaluate risks and benefits of women taking medications during pregnancy. The new research infrastructure will be called the Canadian Mother-Child Cohort (CAMCCO) and will develop five provincial cohorts for researchers and the surveillance system for decision-makers.

This “vital study” will fill a major “knowledge gap,” said the funding body Canada Foundation for Innovation (CFI), since “more than 75 per cent of pregnant women take medications for which we do not know the risks or benefits to mother or baby…This study will inform the revision of health guidelines and policies to improve how we use and prescribe medications during pregnancy and childhood, leading to a healthier start in life for children and a healthier population.”

Bérard and her team received $1.2 million from the federal government and $1.8 million from partner organizations. The project is one of 102 from 60 Canadian universities, colleges and research hospitals awarded over $518 million in research grants through the CFI and announced this week.

The provincial cohorts, which could take three years to develop says Bérard, “will include billing, medical, hospital, birth certificate and sociodemographic data on approximately four million pregnant women, mothers and children. Having these data will be essential for studying rare adverse pregnancy outcomes such as birth defects.” The online surveillance platform is expected to go live this fall “and this summer we’ll start to see results regarding the risks and benefits of using opioids during pregnancy, maybe even of COVID-19 medications and vaccines.”

The plan also includes collecting data on lifestyle, smoking, alcohol use and folic acid use in representative samples of pregnant women within each province in order to estimate their impact on the research overall. “Our main focus now is medications and pregnancy, but by building pregnancy cohorts dating back almost a quarter-century we’ll also be able to study other medical interventions and uses as well as longer-term outcomes such as metabolic and rheumatic diseases and asthma, to name a few.”

Bérard says existing data are not readily organized for the purposes of research and must be standardized and harmonized. “That’s where CAMCCO comes in: once it’s completed, researchers will finally be able to carry out truly pioneering research on the use of medications during pregnancy and do so in a timely manner.” The project also includes investigators from McGill, the University of Ottawa, University of Manitoba, University of Saskatchewan and the University of Alberta, with collaborators from Health Canada and the U.S. Food & Drug Administration’s Sentinel Initiative. CAMCCO coordination and the surveillance platform will be based at Sainte-Justine.