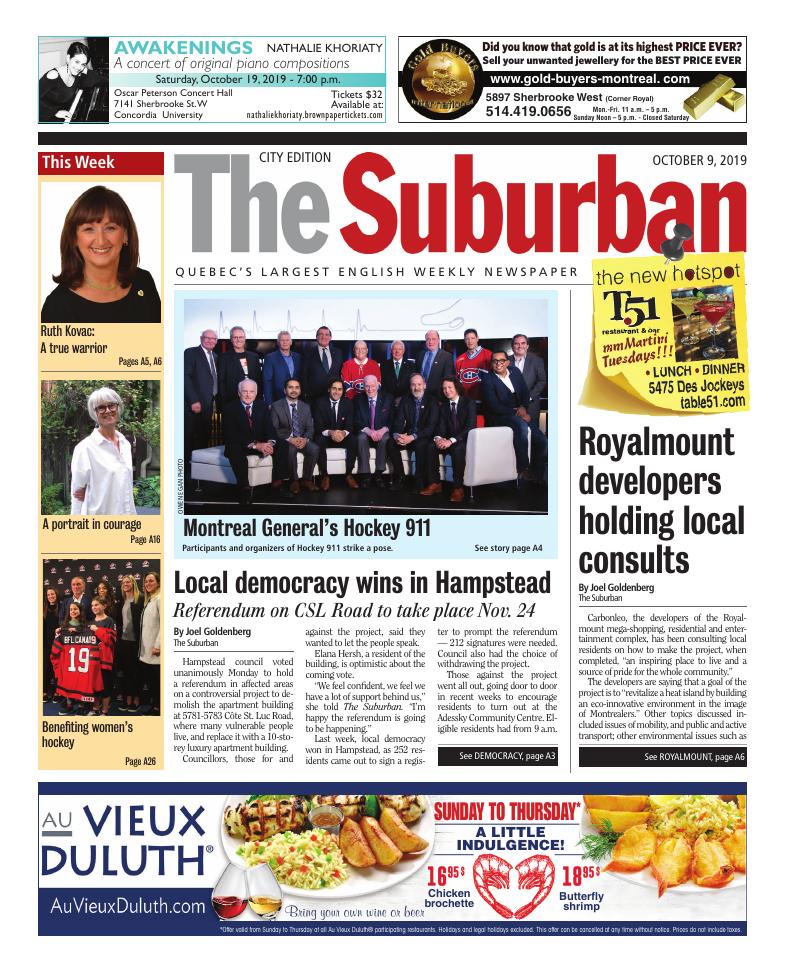 City_news
Democracy wins in Hampstead
By Joel Goldenberg The Suburban

Hampstead council voted unanimously Monday to hold a referendum in affected areas on a controversial project to demolish the apartment building at 5781-5783 Côte St. Luc Road, where many vulnerable people live, and replace it withwenn a 10-storey luxury apartment building.

Councillors, those for and against the project, said they wanted to let the people speak.

Elana Hersh, a resident of the building, is optimistic about the coming vote.

“We feel confident, we feel we have a lot of support behind us,” she told The Suburban. “I’m happy the referendum is going to be happening.”

Last week, local democracy won in Hampstead, as 252 residents came out to sign a register to prompt the referendum — 212 signatures were needed. Council also had the choice of withdrawing the project.

Those against the project went all out, going door to door in recent weeks to encourage residents to turn out at the Adessky Community Centre. Eligible residents had from 9 a.m. to 7 p.m. Oct. 2 to show up, and when The Suburban arrived, some 195 signatures had already been received and there was a lengthy line with many more signatories.

There were even many on hand from outside Hampstead who turned out for the register. They had read about the tenants’ plight in local media and came to provide moral support. One Hampstead resident provided an unofficial running tally.

The residents and supporters cheered when Hampstead town clerk Pierre Tapp announced the number of signatories.

In recent weeks, the developers of the project were also going door-to-door seeking enough signatures, approximately 1,007 in the affected areas, to cancel the register and referendum. We had been told two weeks ago they were close to receiving that amount, but Tapp told us they never received the signatures from the developers. The word is that the developers collected about 700 signatures.

Resident Sharon Hyman, who has been especially vocal in her opposition to the project and has garnered support on social media, was extremely pleased with the register result.

“We feel confident with the groundswell of support that we received from the entire Hampstead community that we will continue to triumph in our quest to preserve affordable housing in the town,” she wrote to The Suburban. “We are concerned about the town of Hampstead setting a precedent in which eventually all the affordable housing in the municipality would be demolished, in the middle of a housing crisis, in one of the richest neighbourhoods in Canada. We are concerned about a mayor using what we feel was an illegal veto to override the democratic results of his own council’s vote.”

At Monday night’s meeting, Steinberg rejected a proposal by Councillor Warren Budning to hold the regular question period before council voted whether to hold a referendum. Council voted to let democracy decide, and were split once again on a third reading to approve the project — Budning, Michael Goldwax and Jack Edery voted against again, and Harvey Shaffer, Cheryl Weigensberg and Leon Elfassy voted in favour. Steinberg broke the tie, voting in favour.

A two-hour question period ensued, in which Steinberg repeated he was acting in the best interests of the town. He was asked to consider the plight of vulnerable people over financial issues like revenue.

Resident Adriana Decker told Steinberg, and later The Suburban, that she and others filed a complaint with the Quebec Municipal Commission alleging Steinberg was violating the town’s Code of Ethics in terms of impartiality. Steinberg strongly denied this.

And Budning offered harsh criticism of the process leading up to last week’s register.

“The town failed with regards to the register,” he told the council meeting. “Our website and all our social media channels did not reference this at all. The last date of information published about the register was Sept. 24, and I think that’s unacceptable. 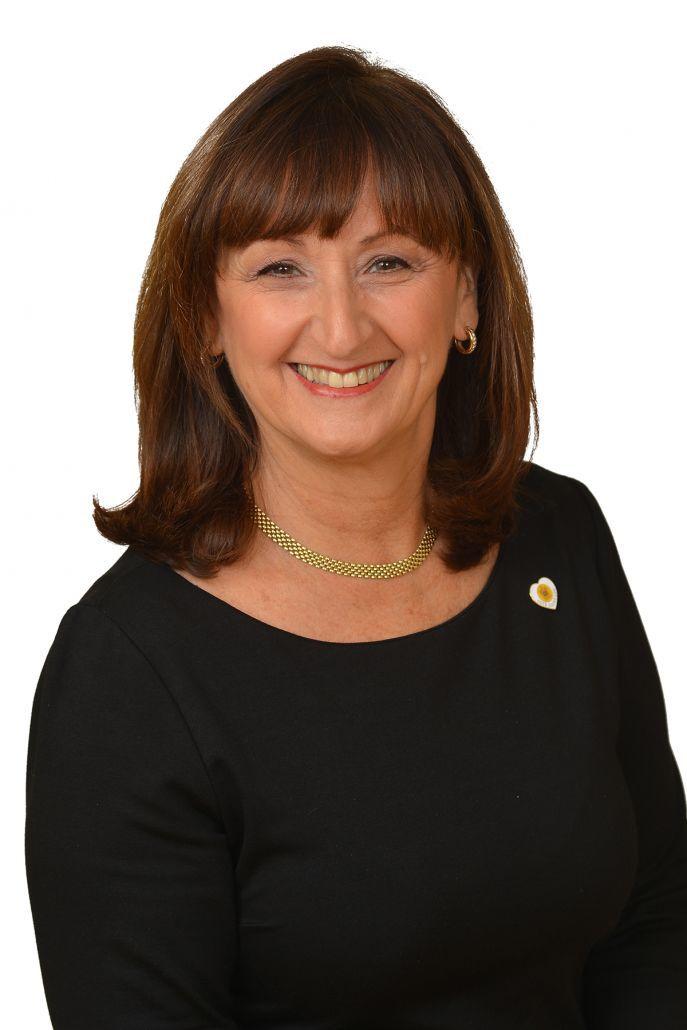 Participants and organizers of Hockey 911 strike a pose. See story page A4

Hockey 911, a major fundraising evening put on last week bythe Montreal General Hospital Foundation, attracted 450 people to the snazzy1909 Taverne Moderne next tothe Bell Centre. The unique format of storytelling followed the same path as a hockey game, which included a warm-up, three periods, intermissions and an overtime. The dynamic Michel Lacroix served as PA announcer and entertainer Gregory Charles did a standout job with the interviews. Canadiens hockey greats Bob Gainey, Chris Nilan, Trent McCleary, Serge Savard, Scotty Bowman and Yvan Cournoyer joined legendary Habs physician Dr. David Mulder and former team physician Dr. Eric Lenzner on stage to reminisce on memorable moments, some tragic and some humorous, of the long-standing relationship between the Habs and the hospital. The evening also served as a tribute to the late Dr. Douglas Kinnear, who tended to the team’s medical needs through 12 Stanley Cup victories. The stories told at this event were quite simply fascinating, just about guaranteeing a sequel for 2020. McCleary shared the moment Dr. Mulder saved his life after he got hit in the throat by a puck. Dr. Mulder served as the evening’s co-chair with Andrew Molson and Francois-Xavier Seigneur and an organizing Committee of Charles, Dr. Gregory Berry, Dr. Dan Deckelbaum and Dr. Tarek Razek. They were serving up Bell Centre hot dogs, burgers, poutine and chicken wings before and during the event, complete with an open bar. Charles kept the crowd respectfully quiet, with the intermissions opening the door for banter. Spotted among the crowd was former Montreal Mayor Denis Coderre, Senator Tony Loffreda, Dr. Mitchell Bernstein, ICRF President Geoffrey Bernstein, Habs owner Geoff Molson, ALDO Group COO Matthew L. Marchand, CHOM’s Terry DiMonte and his wife, Bell Media promotions guru Jessica Dionne and MUHC GI Chief Dr. Alain Bitton. ON YOUR OWN: For the eighth year running,Media Experts presented Joey Elias and the Comedy All-Stars: An Evening of Hilarity in Support of On Our Own (O3), rallying the media, advertising, and tech worlds, and supporters together under one roof to raise $ 100,800 for this organization that positively impacts the lives of young women and their families in Montreal. This brought the grand total of donations raised to date for this non-profit to over $ 612,600. offer parents critical advice and resources needed to attain stability in the workforce. BALLROOM GALA:Juste Danse has taken another step in the right direction. After seven years of growing an urban dance studio specializing in children’s competitive hip hop and contemporary, they held a gala opening recently for a new Danse Ballroom on de la Savane. Owner Allyson Kassie teamed up with champion dancers Vincent Corriveau and Bianca Champagne, best known from the TV showRevolution. They cut the ribbon in front of 200 guests. For more coverage of these events please go to The Suburban website for my expanded column at:http://www.thesuburban.com/columnists/mike_cohen_cohen_chatter. HEADING HOME: Now here is something different. The filmHeading Home: The Tale of Team Israel will make its Montreal premiere at Shaare Zion Congregation on CSL Road on the evening of Sat. Nov. 9, presented by the synagogue and Maccabi Canada. Second baseman Ty Kelly will be on hand. He played at the World Baseball Classic and will be suited up for Israel at the next summer Olympics.Info: www.teamisrael.ca. 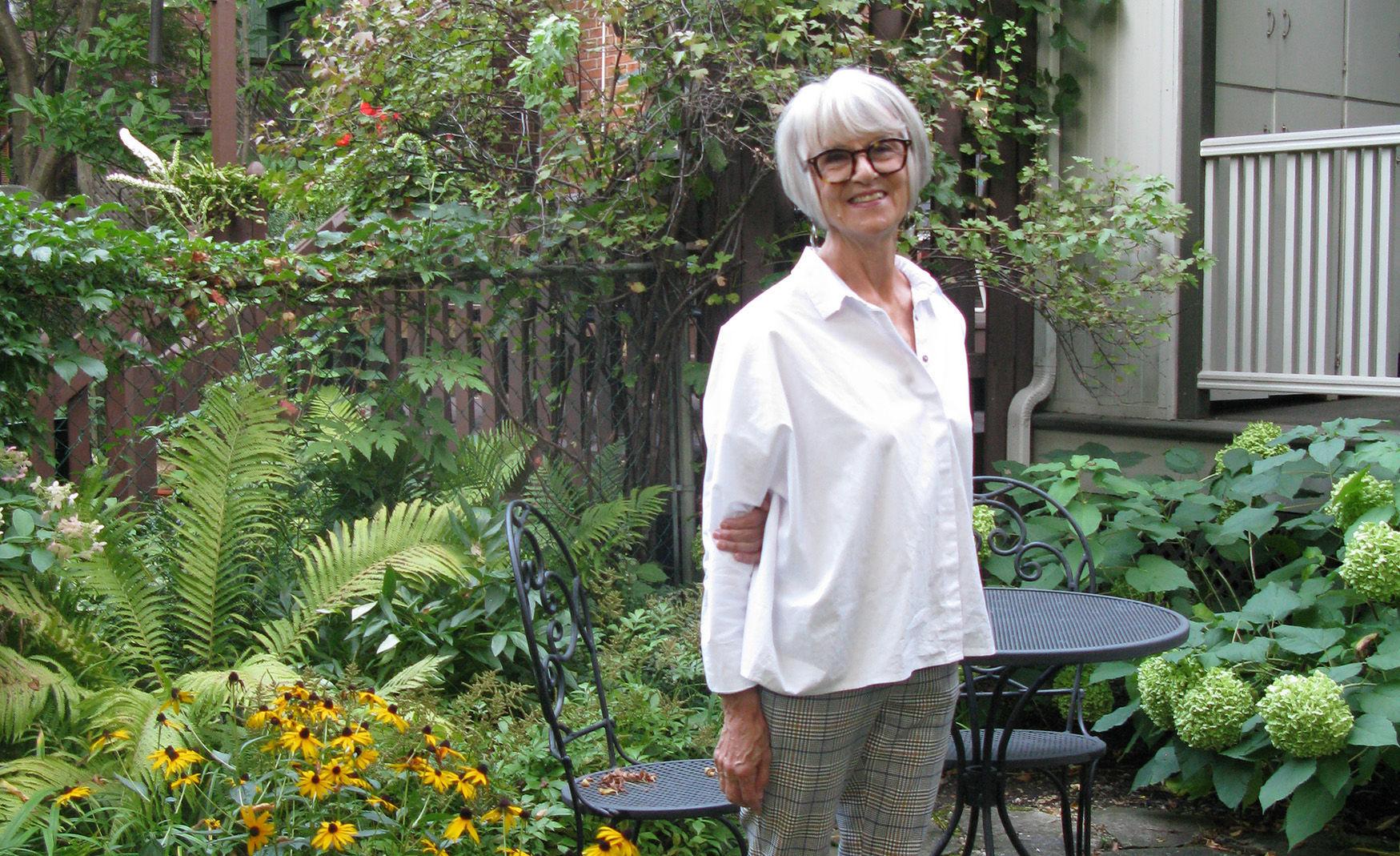 “It means something to me,” said Gabrielle Soskin, founder and artistic director of Persephone Productions. “I think it reminds us of our history and how far we have come and where we still have to go.”

One of two Royalmount consultations held by Carbonleo in Town of Mount Royal last week.

Carbonleo, the developers of the Royalmount mega-shopping, residential and entertainment complex, has been consulting local residents on how to make the project, when completed, “an inspiring place to live and a source of pride for the whole community.”

The developers are saying that a goal of the project is to “revitalize a heat island by building an eco-innovative environment in the image of Montrealers.” Other topics discussed included issues of mobility, and public and active transport; other environmental issues such as rainwater recovery, green roofs, and green spaces; and what type of stores and services would “enrich local life.”

“These public events were an opportunity for Carbonleo to listen and to discuss ideas with Town of Mount Royal residents and De La Savane Métro station users, as well as many Montrealers who came to learn more about the project,” said Claude Marcotte, executive vice-president and partner from Carbonleo. “We are very pleased with the response we’ve had so far, which adds to the ongoing discussions on the Royalmount Let’s Chat Facebook page. We are confident that this constructive dialogue will allow us to continuously improve Royalmount and make it something that we can all be proud of.”

Carbonleo is also encouraging Montrealers to send ideas on its feedback forum, which can be accessed at royalmount.com/lets-chat. 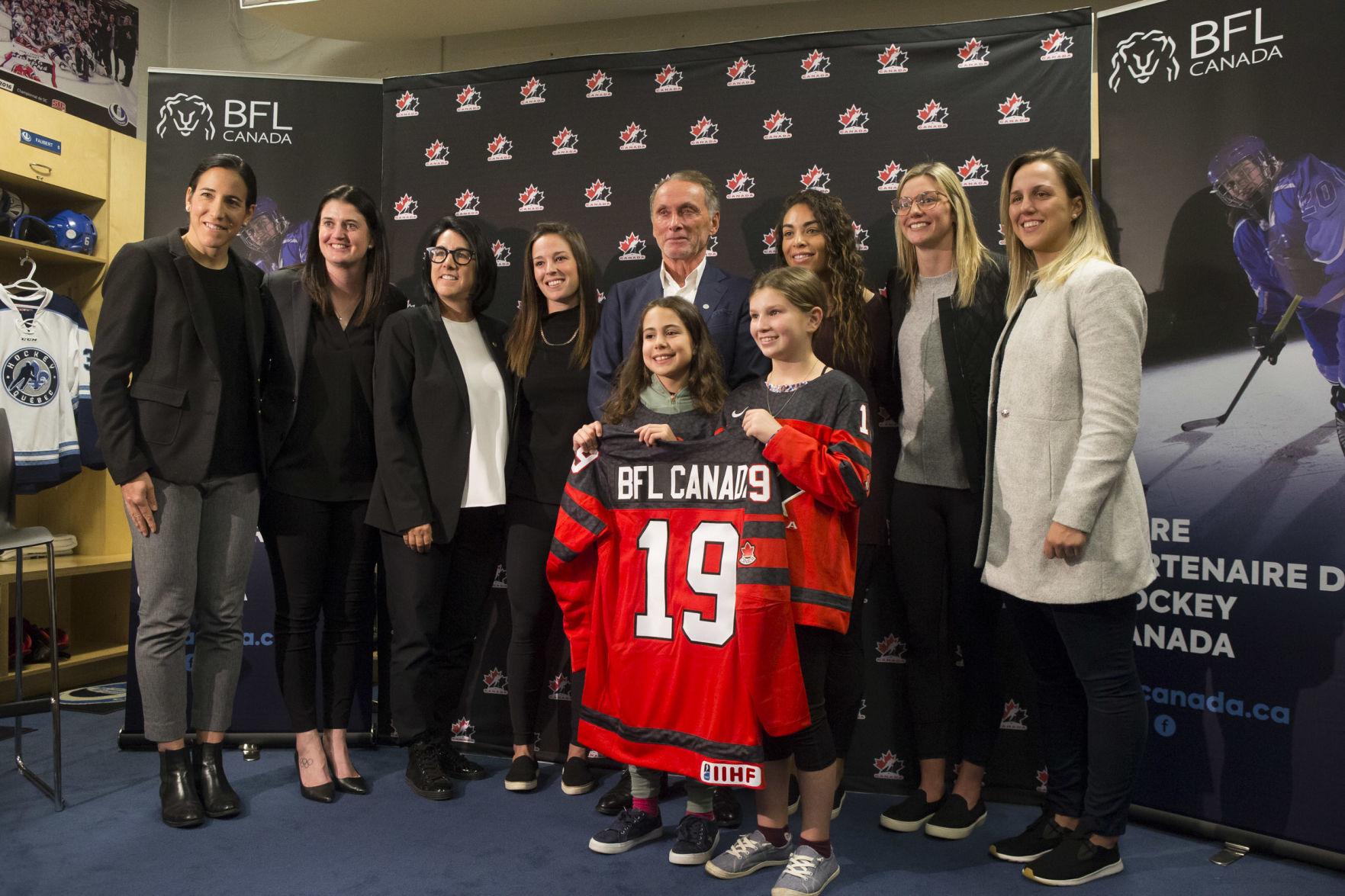 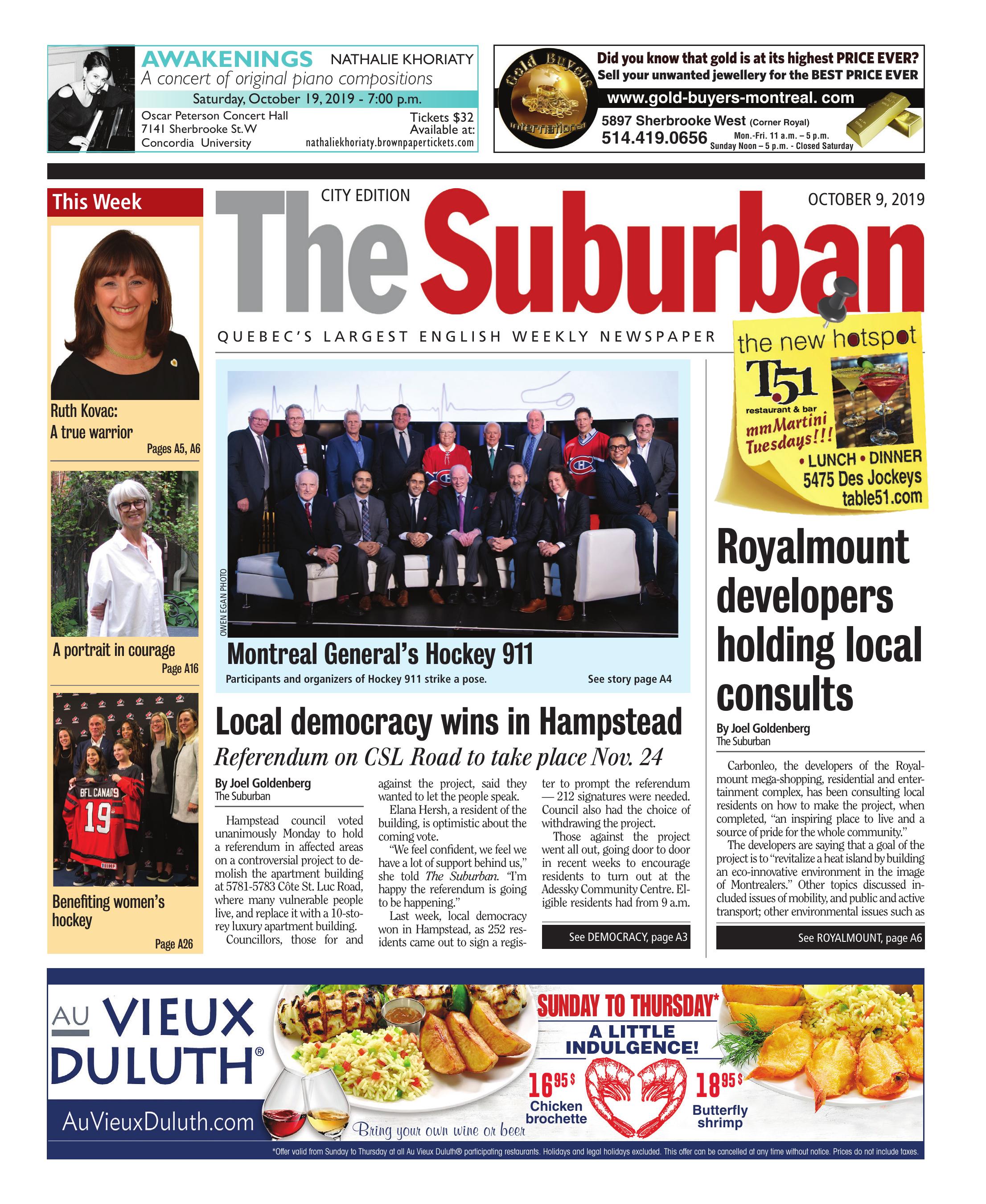