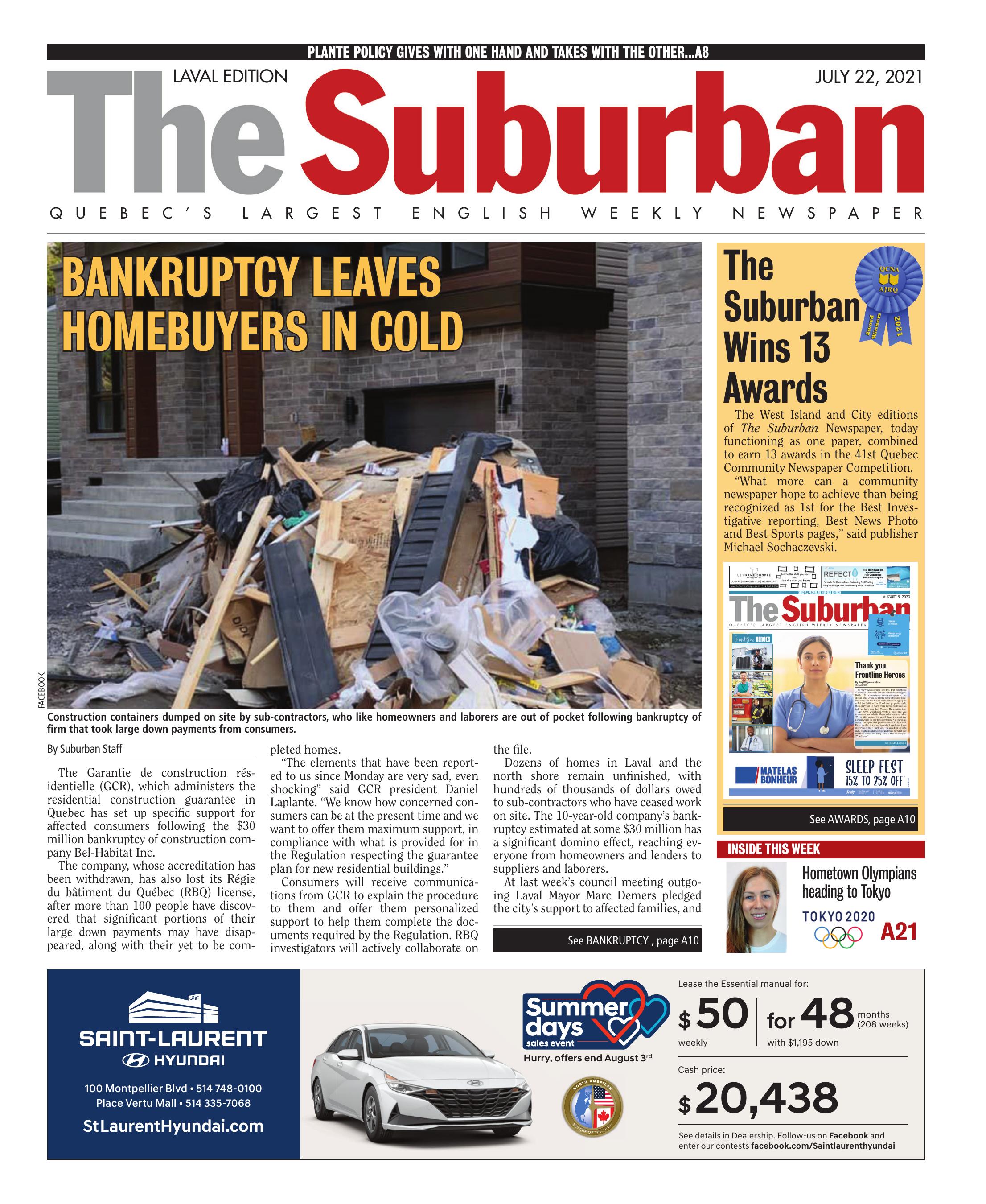 Construction containers dumped on site by sub-contractors, who like homeowners and laborers are out of pocket following bankruptcy of firm that took large down payments from consumers.

The company, whose accreditation has been withdrawn, has also lost its Régie du bâtiment du Québec (RBQ) license, after more than 100 people have discovered that significant portions of their large down payments may have disappeared, along with their yet to be completed homes.

“The elements that have been reported to us since Monday are very sad, even shocking” said GCR president Daniel Laplante. “We know how concerned consumers can be at the present time and we want to offer them maximum support, in compliance with what is provided for in the Regulation respecting the guarantee plan for new residential buildings.”

Consumers will receive communications from GCR to explain the procedure to them and offer them personalized support to help them complete the documents required by the Regulation. RBQ investigators will actively collaborate on the file.

Dozens of homes in Laval and the north shore remain unfinished, with hundreds of thousands of dollars owed to sub-contractors who have ceased work on site. The 10-year-old company’s bankruptcy estimated at some $30 million has a significant domino effect, reaching everyone from homeowners and lenders to suppliers and laborers.

Dozens of buyers delivered substantial down payments to secure significant discounts on their purchase, far beyond the $50,000 maximum guaranteed by the GCR, which is reminding all Quebecers not to make a deposit exceeding this limit and noting that the government is currently working on regulations concerning the installments paid for condominiums.

Bel-Habitat was accredited with the mandatory guarantee plan and consumers will benefit from the protections provided. It is important however that everyone verify coverage before signing a contract at https://www.garantiegcr.com/en/accredited-business-directory/

This is the largest file handled since the creation of the GCR in 2014, and consumers who have taken possession of a house built by Bel Habitat in recent years are still protected with guarantees that continue to apply according to the deadlines provided for in the regulations despite the bankruptcy.

GCR has also set up a free telephone line for consumers who show a need for psychological support at 800 661-8193.

The Suburban was awarded for their coverage of the Herron tragedy

The West Island and City editions of The Suburban Newspaper, today functioning as one paper, combined to earn 13 awards in the 41st Quebec Community Newspaper Competition.

“What more can a community newspaper hope to achieve than being recognized as 1st for the Best Investigative reporting, Best News Photo and Best Sports pages,” said publisher Michael Sochaczevski.

“It is very gratifying to be recognized by our peers in so many varied and different categories, such as Best Editorial page, Best News Story, Best Feature Series and Best Column Writing,” said editor Beryl Wajsman.

Judge Ryan McDonald wrote, “The staff at The Suburban took its readers into the tragedy unfolding at the Herron through exclusive reporting. They painted a picture ……. during the pandemic.” Mr. Wajsman was also gratified to see newcomer Chelsey St. Pierre get recognized for Best Investigative Story and that the two of them shared an award for Best News Story.

Anthony Bonaparte continued his accumulation of awards again being recognized as among the Best cartoonists in the industry.

Mark Lidbetter, our esteemed Sports editor not only helped us win Best Sports pages, but was also personally recognized in the Best Feature Series for his coverage of what was happening to Amateur sports during the pandemic.

The Suburban team was very pleased that our Special Section tribute to the pandemic front line workers took second place. Editorial, Sales and Production all came together to make that a successful, important and well conceived section that will be treasured for years to come.

And what newspaper would be complete without an award for Best Ad and Best Ad Creation (small format). Judge Emily Griffoen wrote about Oliver Sutton’s creation, “The ad is bold, clear and values its audience.”

Yes we do! Thank you for your continued support and don’t forget to check us out on our new website at www.thesuburban.com. 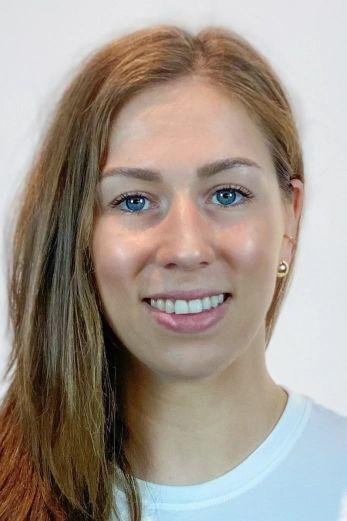