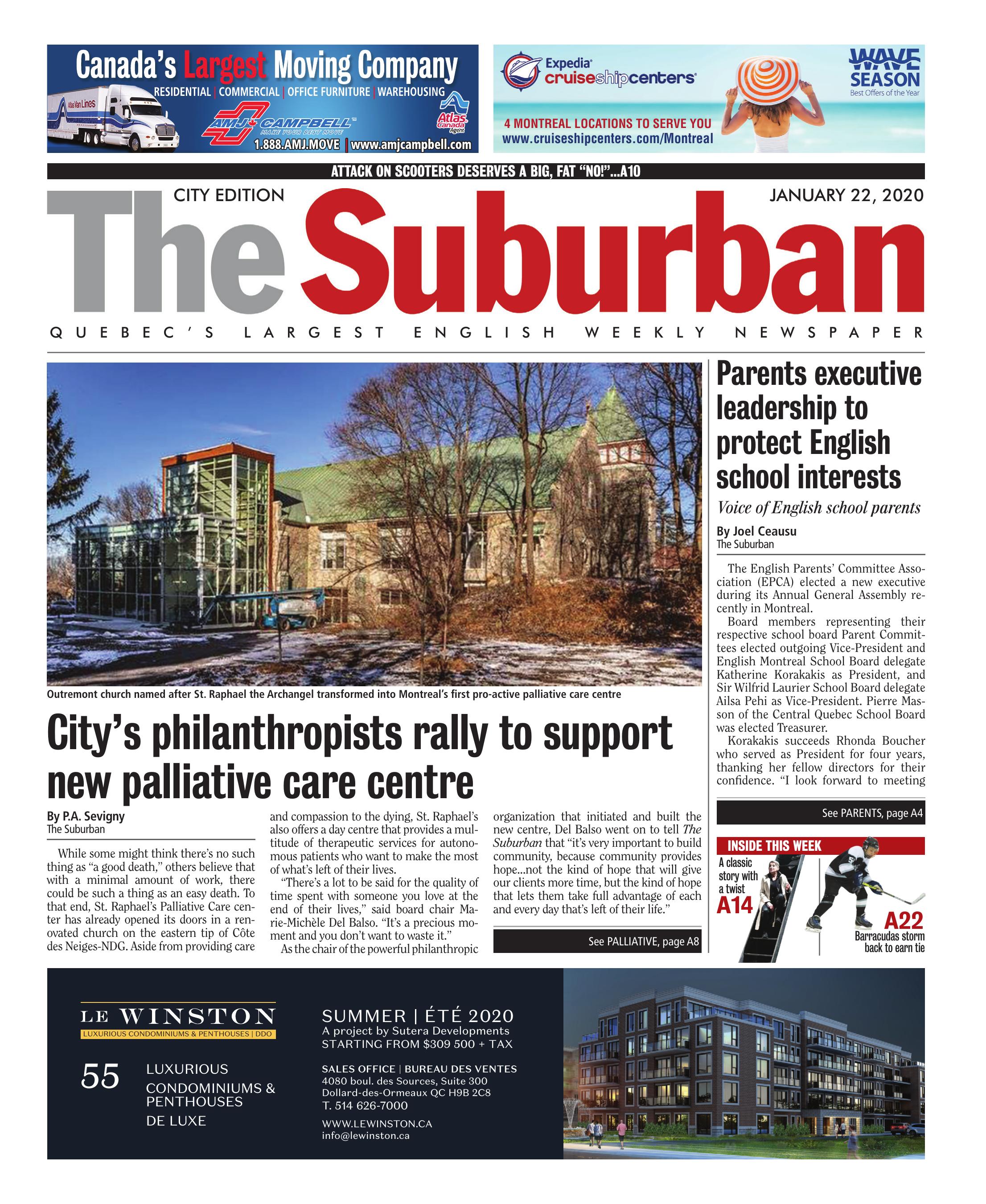 While some might think there’s no such thing as “a good death,” others believe that with a minimal amount of work, there could be such a thing as an easy death. To that end, St. Raphael’s Palliative Care center has already opened its doors in a renovated church on the eastern tip of Côte des Neiges-NDG. Aside from providing care and compassion to the dying, St. Raphael’s also offers a day centre that provides a multitude of therapeutic services for autonomous patients who want to make the most of what’s left of their lives.

“There’s a lot to be said for the quality of time spent with someone you love at the end of their lives,” said board chair Marie-Michèle Del Balso. “It’s a precious moment and you don’t want to waste it.”

As the chair of the powerful philanthropic organization that initiated and built the new centre, Del Balso went on to tell The Suburban that “it’s very important to build community, because community provides hope...not the kind of hope that will give our clients more time, but the kind of hope that lets them take full advantage of each and every day that’s left of their life.”

When compared to the front-page horrors about single seniors in assorted rest homes being found dead in their beds days after they died, Del Balso told The Suburban that St. Raphael’s is a hospice where “everyone should have an end of life that’s filled with humanity and dignity.”

Although it’s taken more than 10 years and $10 million to make a dying priest’s wish come true, Fr. Gerald Sinel understood what it means to be scared and alone when you’re left to die in some hospital’s “terminal” ward. When faced with his own terminal diagnosis, Sinel told friends and supporters that he wished his own parish church (St. Raphael the Archangel) could be transformed into a palliative care centre because he recognized how an entire generation will eventually need decent palliative care well into the next few decades.

Based upon the efforts of the extensive and well coordinated effort that’s supported by several leaders of Montreal’s philanthropic community, St. Raphael’s renovation is a triumph of post-modern form and multi-functional design that’s blessed with an abundant use of natural light. With large and spacious rooms that give onto a well-lit communal space, there’s more than enough room for community activities that can include everything from family gatherings to an evening concert for everybody.