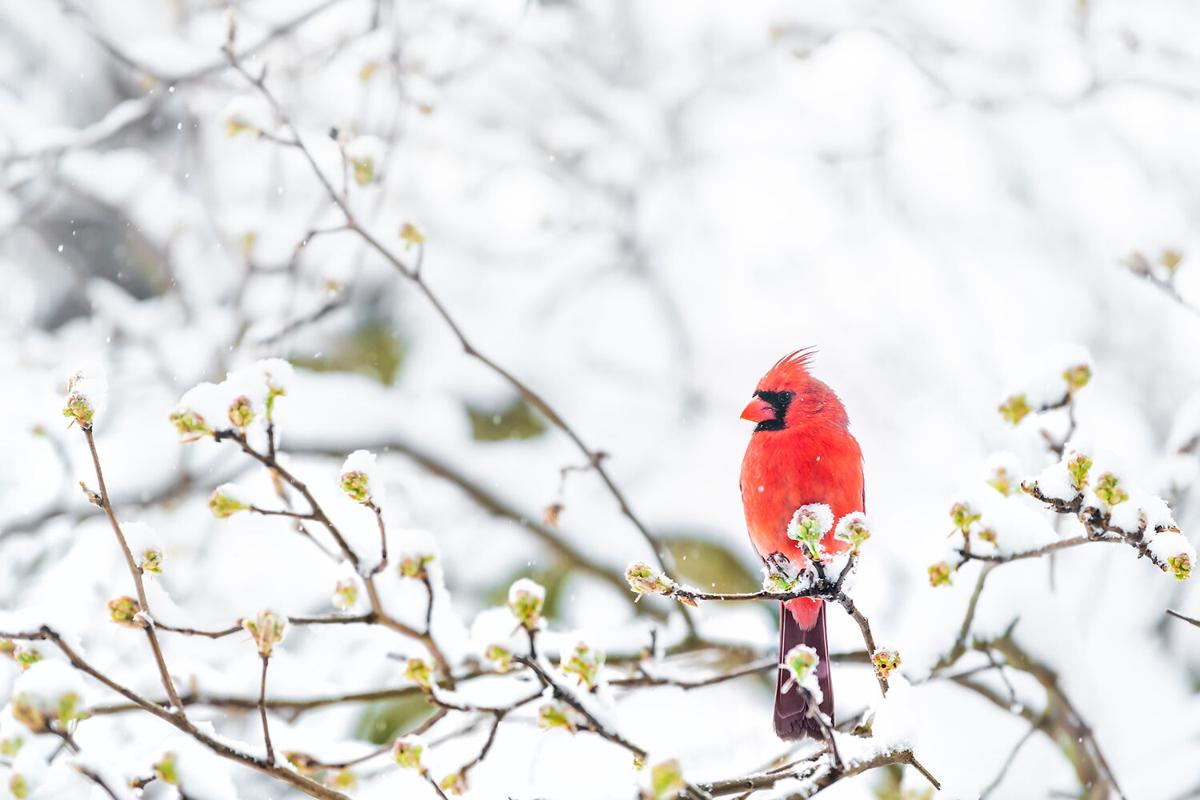 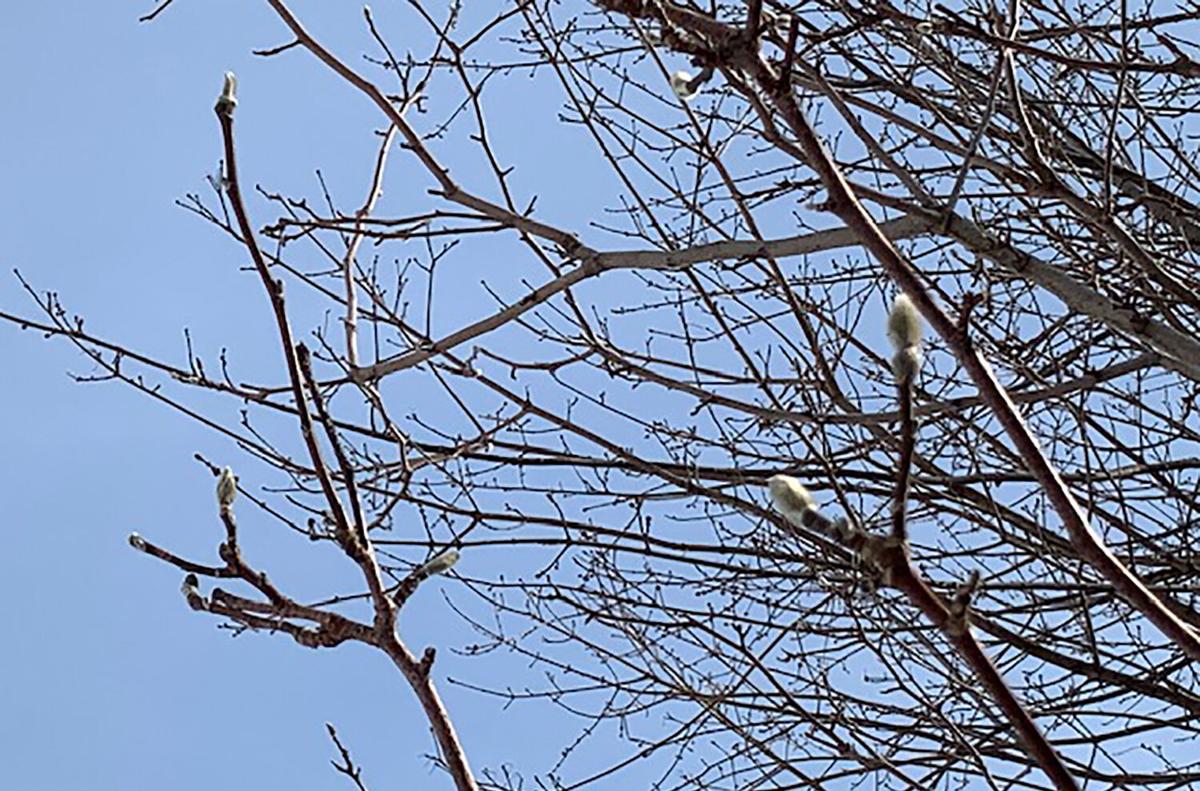 In the winter, I like to sleep with my bedroom window slightly opened. This creates a nice cool breeze in my room. I get bundled under the covers with just my nose sticking out. Then… When I get hot for no apparent reason except for crazy mid-life hot flushes, I toss the blankets off and I baste in the cool air. Side mention, this drives my husband crazy too.

On February 4th, at 6:00 a.m., I heard birds chirping and singing. Not your regular winter birds chirping, this was a mini symphony!

This was also the official declaration that Spring had arrived.

I know it doesn’t feel like spring as February it’s the coldest month of the year in Montreal Canada, but don’t be discouraged, IT IS HERE! The birds told me so.

As a child, I grew up in the garden. My mother planted spring bulbs, trimmed bushes, and planted annual flowers. She would spend hours removing weeds, and sculpting plants. If she was outside in the garden, so was I along with my siblings. I watched and listened to everything she did. My mother would also give us lessons about nature.

“Suzie, if the peony leaves turn grey colour, it means the growing season is almost over. The birds will tell you when spring has begun. Forget the calendar, the angle of the sun will tell you when the seasons have changed. The tree buds grow all winter and then they swell as spring begins. Nature will tell you all you need to know.”

These statements are some of my mother’s nature advice. She is definitely the daughter of Mother Nature.

Over many years, nature lessons have been passed down to me. The angle of the sun, the birds, animal behavior, trees and plant changes are much better predictors of seasons than the calendar.

The calendar states that on Saturday, March 20th, 2021 spring will begin. That is the official date. However, spring has already begun for me on February 4th, 2021. The birds told me so. I also went to check the buds on my Magnolia tree. The buds are swelling, another indicator spring has arrived. Next confirmation, no matter how cold it is outside, the sun is melting snow on my roof – done! Spring has sprung!

Some people might find all this bizarre and unconventional. It is very unconventional! This is my world and it works perfectly fine for me.

Everything I am suggesting here is not science based. This is an intuition or 6th sense.

Around mid-June, the peony plant leaves start to change from green to grey. That’s the first indication the growing season is starting to end. Another indication is when the hosta flowers have finished blooming, that’s the second indication. The final indicator is when the Echinacea flower has also finished blooming. That’s the end of the growing season and the fruits and vegetables take over growth for harvest in august.

Also strange, mid-July is usually the beginning of fall for me. The angle of the sun will tilt slightly lower in the sky, which will cast a unique yellow-orange shadow over the plants. The plants will react with an indicator. The birch tree will be the first to lose its leaves, and so begins the fall season.

Although, the calendar states fall begins on Wednesday, September 22, 2021, mid-July is when it happens for me.

Predicting the beginning of summer and winter are much harder. Winter’s indicators happen when the clouds are mostly present in the skies of October and November. You will notice there are so many cloudy days in November, December and January, that’s winter in full form. Then suddenly there’s more sunshine in February.

For me summer’s indicators are based on humidity. The super humid days of July and August and some days in September represent summer. We have a very short summer in Montreal, compared to the length of the other seasons. I think spring and fall are the longest seasons. Although, some people state that winter is the longest season. But, for me as it ends in February!

So, what does this all mean? What is the point of these season indicators?

Reliance on nature is the actual truth, much better than a calendar.

If you can read nature, you will know more than what the calendar will tell you.

The birds, trees, plants, animals and the sun will tell you what’s going on in nature and the seasons. Bees are good indicators too, but I try to stay away from them.

Rest assure, spring has arrived and has arrived about a week earlier this year. The ground hogs don’t know much compared to the birds! The bird’s eye has the best view.

Enjoy the beginning of spring. Open your window at night so you can hear the birds singing in the morning. Take a nice walk in the sun. Breathe in the cool air. Soon the rains will come and the ice below the surface will melt.

Oh ya, one other thing you might want to take into consideration.

Winter does not give up easily to Spring, especially when it comes early. There will be days of push and pull. Winter will fight against Spring’s arrival. No other two seasons battle against each other as winter and spring do. There will be combinations of warm mild days and cold freezing days in the next couple of months. Winter will not concede easily. Sometimes it will even snow in May! Those two seasons are true competitors.

Pay attention to their attempts. However, we know, spring will win and summer will follow with ease. Summer will give up to Fall graciously and Winter will probably return gently. Alas, the cycle will begin again.

Enjoy the sunshine, fresh air and the big melt!

The seasons can be reckoned differently according to what you think of. Just to give one example, winter: In terms of the sun's rhythms, winter is early November to early February; this is how such cultures as the Celts have thought of the seasons. In terms of the weather, winter is from early/mid December to early/mid March. Some countries mark the start of winter as December 1, with the UK being a good example; others, like the US and Canada, mark the start of winter as December 21 or so (on the solstice). The same goes for the other seasons at their respective times of year.