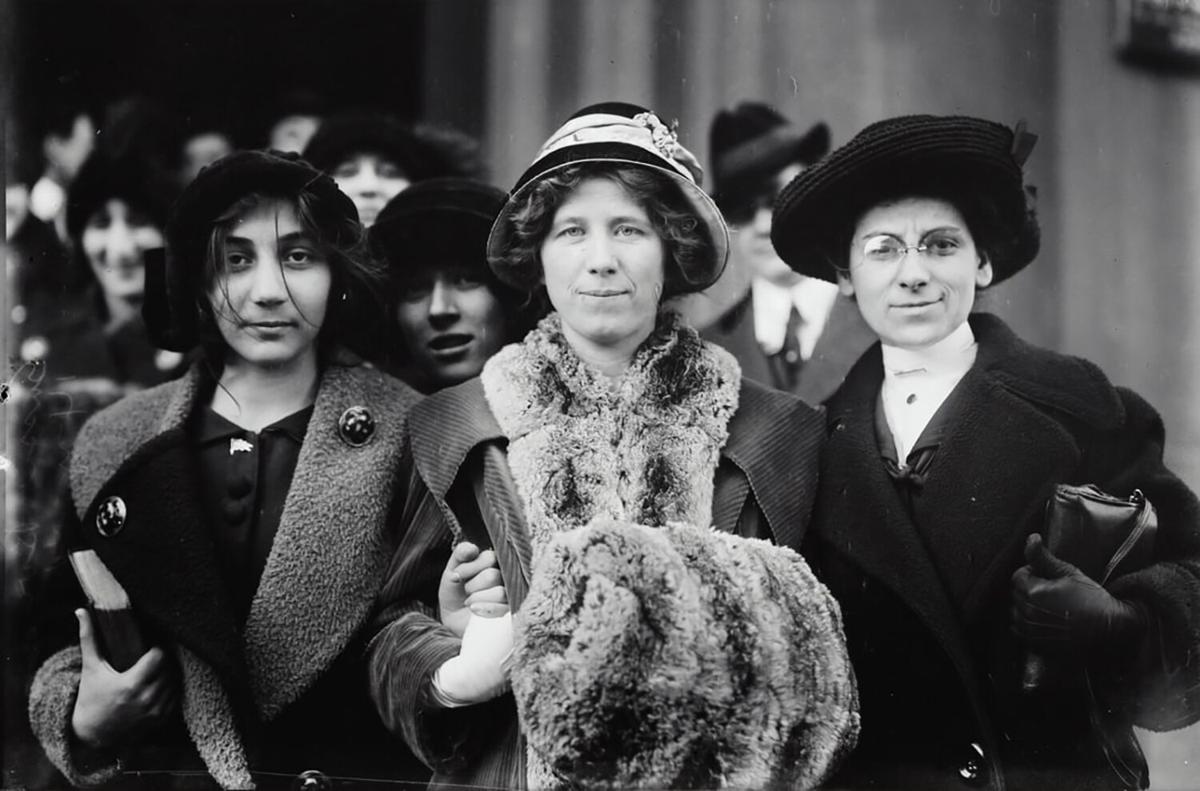 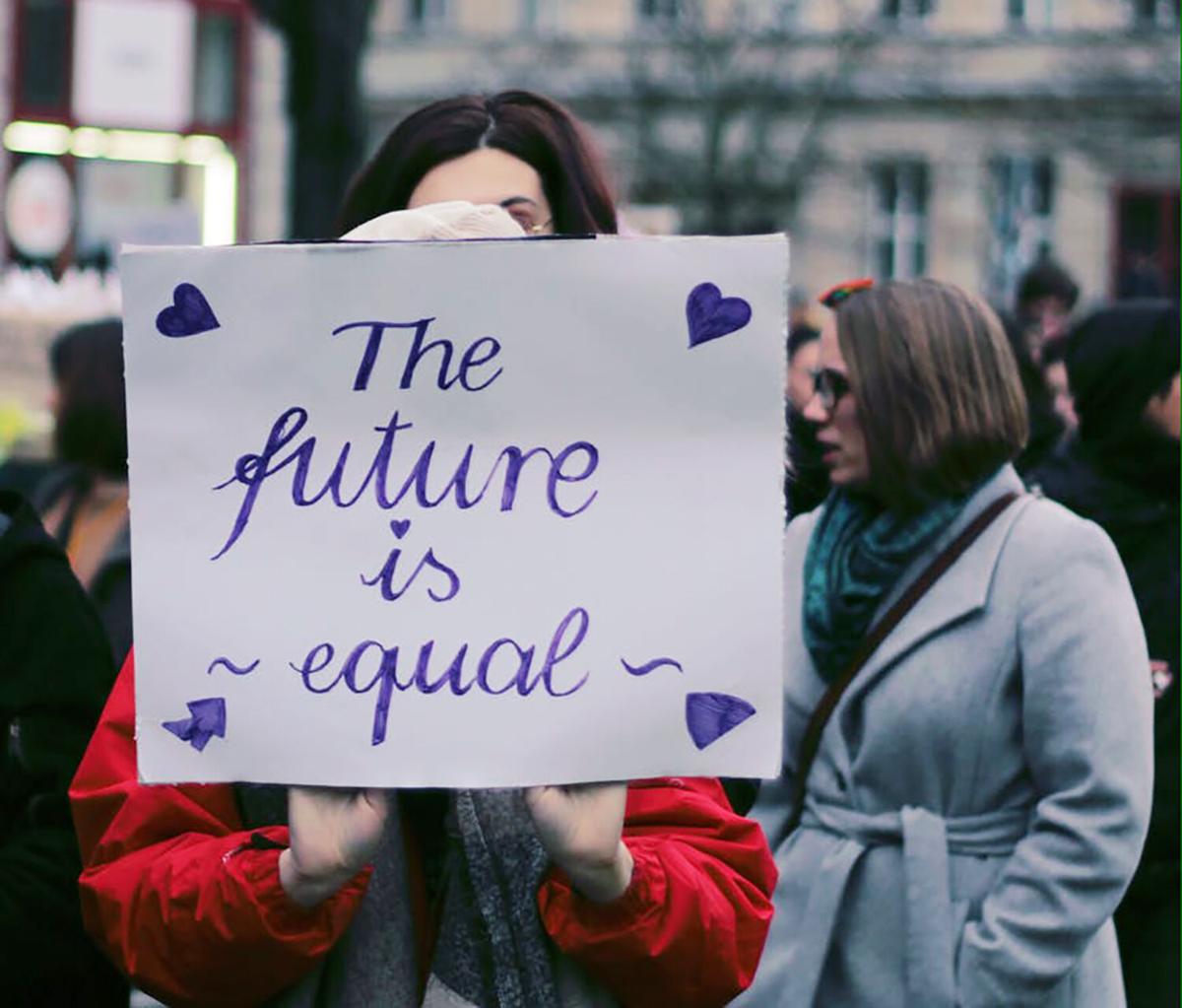 A suffragette was a member of an activist women's organizations in the early 20th century who, under the banner "Votes for Women", fought for the right to vote in public elections, known as women's suffrage. -Wikipedia

Although, I am not a member of such an organization, I think I would have been. Hence the name, suffragette, represents women who fight for woman’s rights.

In lieu of the beautiful memory of Ruth Bader Ginsburg, I too had my suffragette moments growing up and still do in the present.

As a child, I played mostly with my brother. We are two years apart in age. As little devilish children, we played all kinds of games together. Actually, we still are devilish and still play games together. We were equals in everything we did. I played with his toys and he played with mine. There was no difference. More than toys, we created things together with boxes and whatever we could find in the garden or park.

As I became a teenager, I started to realize that as a young woman, I was treated differently than my brother. At first the difference didn’t bother me, but as I got older, it became a more serious and real issue.

My mother and father were golfers. So as a family, we spent time at a golf course. Occasionally, I would play golf with my mother. It was such a joy to play with her on beautiful days in the summer.

At the young age of 23, I got married. It was during this summer; I was informed I could no longer be a golf playing member at our course because I became a Mrs.! Yes! You heard right!

Disgusted, I ended my golf membership that summer.

I continued to play golf with my husband at another course. I rarely played with my mother anymore as I was so hurt by this decision. Simply being a married female removed my golfing privileges. Again, had I been a male, nothing like this would have happened.

I must say this was the first time I felt true inequality.

A couple of years later I was at the golf course with my husband during the late fall. The course was closing for the season. We were there to empty out our lockers. The club was quite empty. As a curious person, I went into the men’s locker room to see what it looked like.

I was shocked to see the size of the men’s lockers! They were so big, that I was able to stand completely inside and turn around.

In comparison, the woman’s lockers were half or a quarter of that size. I asked why this was so. I was given a lame excuse. It had something to do with the original construction of the club house, the amount of male members, etc.

Now I was infuriated. How could this be?

As a member, I tried to make some changes. At the time, not much could be done.

I just couldn’t be in a place where women and men were not treated equally.

As I got older, other situations which occurred.

My husband and I were invited to a private club for a family dinner. Problem… it was being held in a private men’s only club. The club’s policy allowed women to enter the club only on special occasions. Really? F**K That!

I declined the invitation.

That club was a thorn in my foot. I can proudly say this club no longer exists. Due to a lack of membership, it has closed its doors for good.

As I have aged and the woman’s movement has grown, most of these hurtles have been adjusted. Both golf courses I was a member at, now have adjusted their policies which provide men and woman equal opportunities. Yet, I’m not sure about equal sized lockers in both the locker rooms. I doubt that has changed.

I cannot live in environments where woman and men are not treated equal. I have a daughter. Her life needs to be lived in an equal opportunity world.

It’s not perfect. Nothing is. But, I won’t back down.

Just the other day, I went to a bakery. The sign on the door said, only 3 people allowed in the store at one time. I opened the door to peek inside to see how many people were in. Standing near the door was an older tall man, who was a customer. As I peeked in, he rudely put up his hand up and literally shoved it into my face. In a stop sign gesture, he said, “Only 3 people wait outside.”

I said, “Put your hand down and away from my face. My eyes can guide me quite well.”

He looked at me with astonishment when I said, “You would’ve never done that to a man, would you?” His wife glared at him.

Imagine if he had done that behavior to another man? A fight would have broken out!

Not easy being a small woman. Although, RBG, did so much with her mind, strength and ability. I love her quote: “I ask no favor for my sex. All I ask of our brethren is that they take their feet off our necks.”

In my case, all I asked that man was to not be rude and abrasive towards me. To treat me as he would, as a person of equal.

Or, I love when a tradesman comes to our home to fix something and asks me if my husband can show him where the breaker panel is.

Another one of RBG quotes, “I remember envying the boys long before I even knew the word feminism, because I liked shop better than cooking or sewing.”

I can totally relate to that. Although, I did take sewing classes and home economics which were mostly attended by girls, I preferred shop class. In it I made a bread plate, a box, and learned how to use power tools. My mother taught me how to fix most things in a home. It’s my tool box and my tool belt!

Why do I have a bathroom beef? This is where inequality still exists. I’ve always envied the ease in which men urinate. Especially in challenging places, such as in the woods on a hike, on a ski hill, and in traffic, etc. I’ve become a master of “holding it in!”

Women need toilets to urinate comfortably. Not all women, but most women.

To be truly equal, there should be many more public toilets in all places for all, especially women.

If you have ever attended an event in a theatre, you will notice that the line-ups for the women’s washroom are so long. There’s hardly a line up at the men’s washroom. Why? Men don’t need an enclosed toilet to urinate in and maybe men don’t need to urinate as often as women. It’s for this reason women should have much bigger washrooms for the same size population. Time and facility size needs to be taken into consideration when designing washrooms for women. In this case, equal size of men and women washroom facilities is actually a form of inequality.

This could be the next ground breaking efforts in women’s equality. Bigger washrooms and many more of them!

When I see long lines of women waiting to use a washroom, I feel the inequality in the design of the facility. This needs to be addressed.

When a woman, holds it in, it’s the same thing as not speaking out for her rights!

I’m sure this article will ruffle some feathers. GOOD! That’s the point!

Movements don’t happen when the waters are smooth.

That’s why they are called, MOVEMENTS!