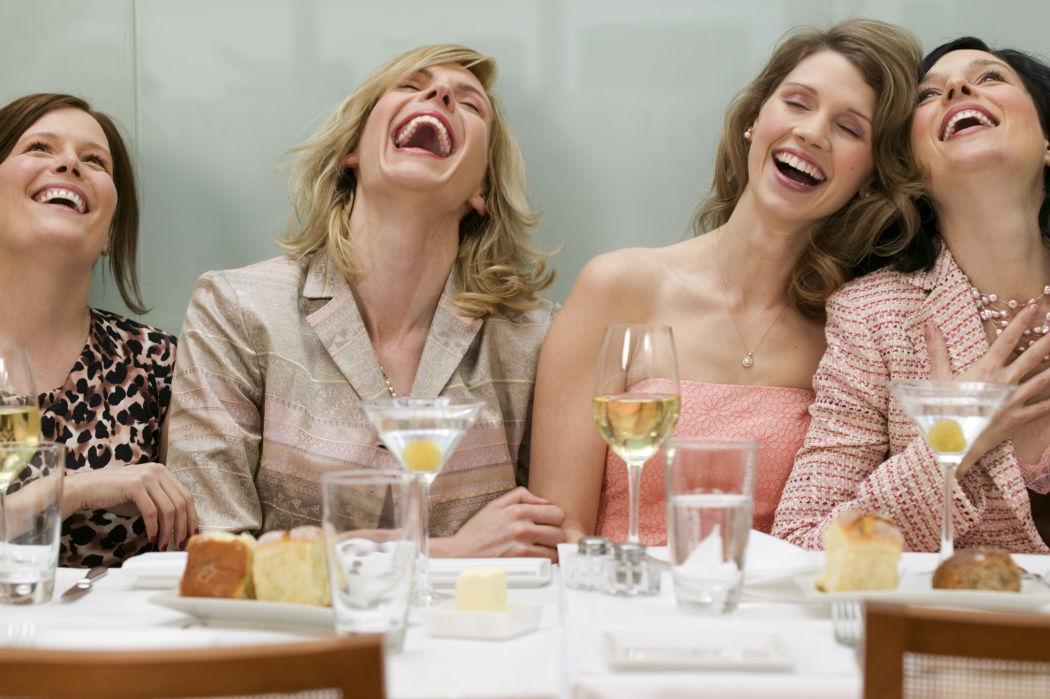 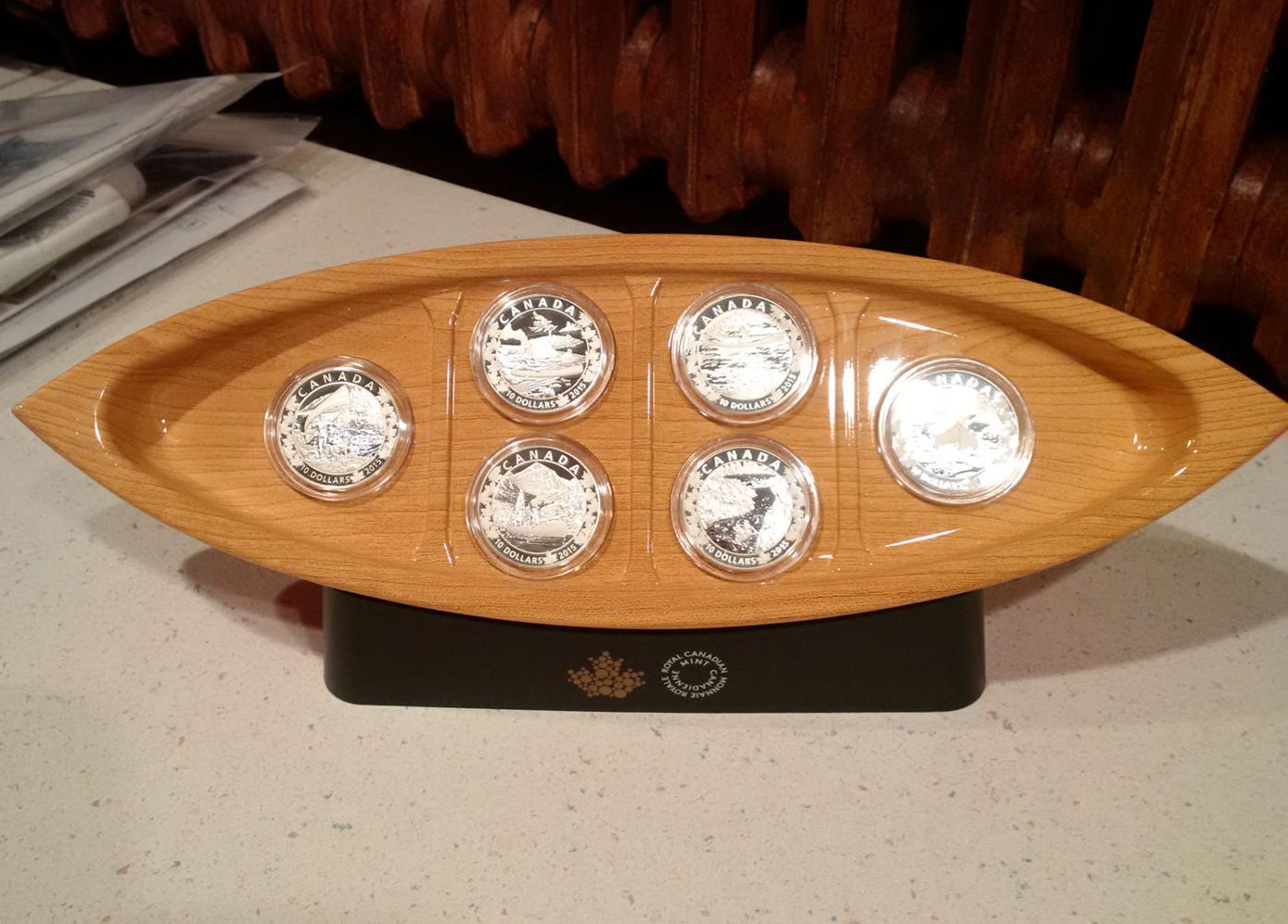 Inside the box was a big red wooden canoe which had six holes in it. All the coins which she had given me over the year needed to be placed in this boat. 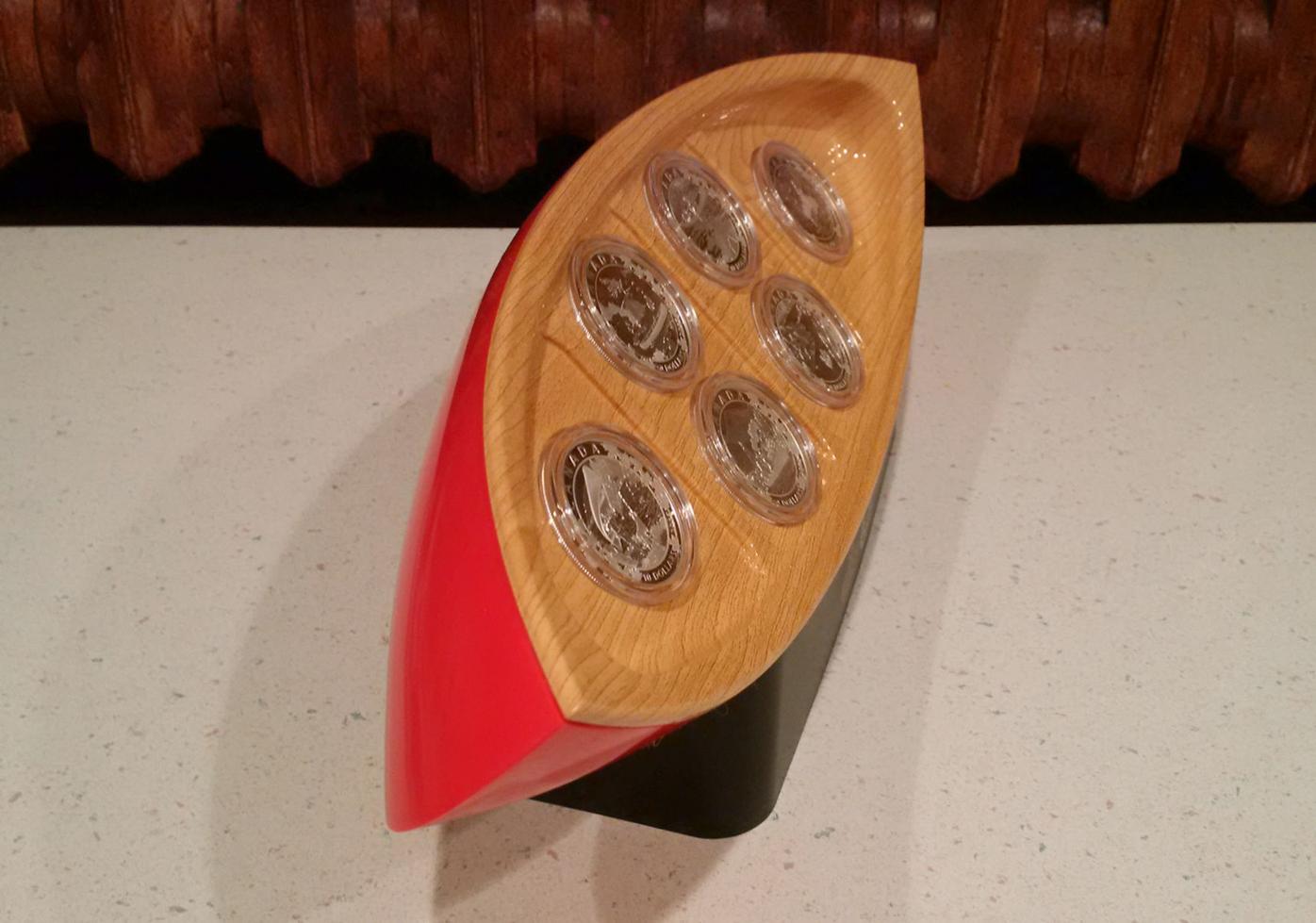 Inside the box was a big red wooden canoe which had six holes in it. All the coins which she had given me over the year needed to be placed in this boat.

So this is what has happened over the last year. In February 2015, my mother gave me a $20 silver Canadian Mint coin. The coin has an illustration of two people in a canoe. My mother and I go canoeing every summer. Sometimes we will canoe often; this is depending on the weather and our availability.

We have been doing this for as long as I can remember. She told me this was my early birthday gift. My birthday is December 30. So this gift was very early.

In April 2015, my mother gave me another $20 silver Canadian Mint coin with another illustration of people canoeing. She told me this was my early birthday gift. Once again, I thanked her. Now my curiosity was growing.

In the months of June, August, and October the same thing happened. Each coin was different and beautiful. The canoeing illustrations were of people canoeing in different parts of Canada.

Now my curiosity was peaking!!

On December 30, 2015, I went for dinner with my mother to celebrate my birthday. After we both had a glass of wine, she presented me with a birthday gift. I questioned why she was giving me a gift as I had already received five silver coins from the Canadian Mint over the course of the year. She told me that the best was yet to come.

Already giddy from our glass of wine, I opened the gift.

It was the sixth and final silver canoeing coin. It was the most beautiful out of the five I had already received. I thanked her.

Then… she presented me with a big box. I was already laughing. I said to her, “Mom! What have you done?”

Inside the box was a big red wooden canoe which had six holes in it. All the coins which she had given me over the year needed to be placed in this boat. It was a big red boat! I was laughing. I placed the sixth coin into the boat and looked at her with tears of joy and laughter in my eyes. I was ready to bust.

Then she told me that she expected me to display this big red boat and the six canoeing coins in the new wall unit, which is currently being built in my home.

That’s when I lost it!

We both couldn’t come up to the surface. Every time I lifted my head to look at her, I broke into laughter again. We couldn’t look at each other. We couldn’t stop laughing. We couldn’t breathe! We were both crying from laughing.

I think the build up from the year of not knowing where this gift was going was the actual steam to this laughter engine. The glass of wine added to this. The thought of displaying such an object for everyone to see and expect to appreciate in my living room was so funny. Maybe it wasn’t so funny, but to us it was a crazy horse escaping the barn. There was no way to get it back in. We were out of control in a laughing frenzy.

We laughed until we couldn’t anymore. It exhausted us. My mascara was dripping down my face. I needed to stand up to breath when we started to contain ourselves. I kept on saying, “Oh my gosh, oh my gosh”. I was breathing deeply.

My Mother said, “God! That felt good!” I asked her if it was a good as an orgasm. She said, “Yes! Even better. It lasted longer!”

At the end of that evening and at the end of my birthday, I thought about what had happened. I asked myself, “Is a really good deep belly laugh as good as an orgasm?”

I think it can be.

I guess a really good laugh has some excellent merit.

Too bad those crazy, deep-belly, long-lasting, hardy laughs don’t come around that often. I wish they did!

I hope in this new year of 2016, I will laugh really hard like that again. I hope you will too.