You are the owner of this article.
Edit Article Add New Article
You have permission to edit this article.
Edit
Home
News
Opinion
A&E/Life
Sports
Columnists
Blogs
Extras
Business Profiles
Crossword
Job Board
Suburban Shorts
Covid-19
On Air
1 of 8 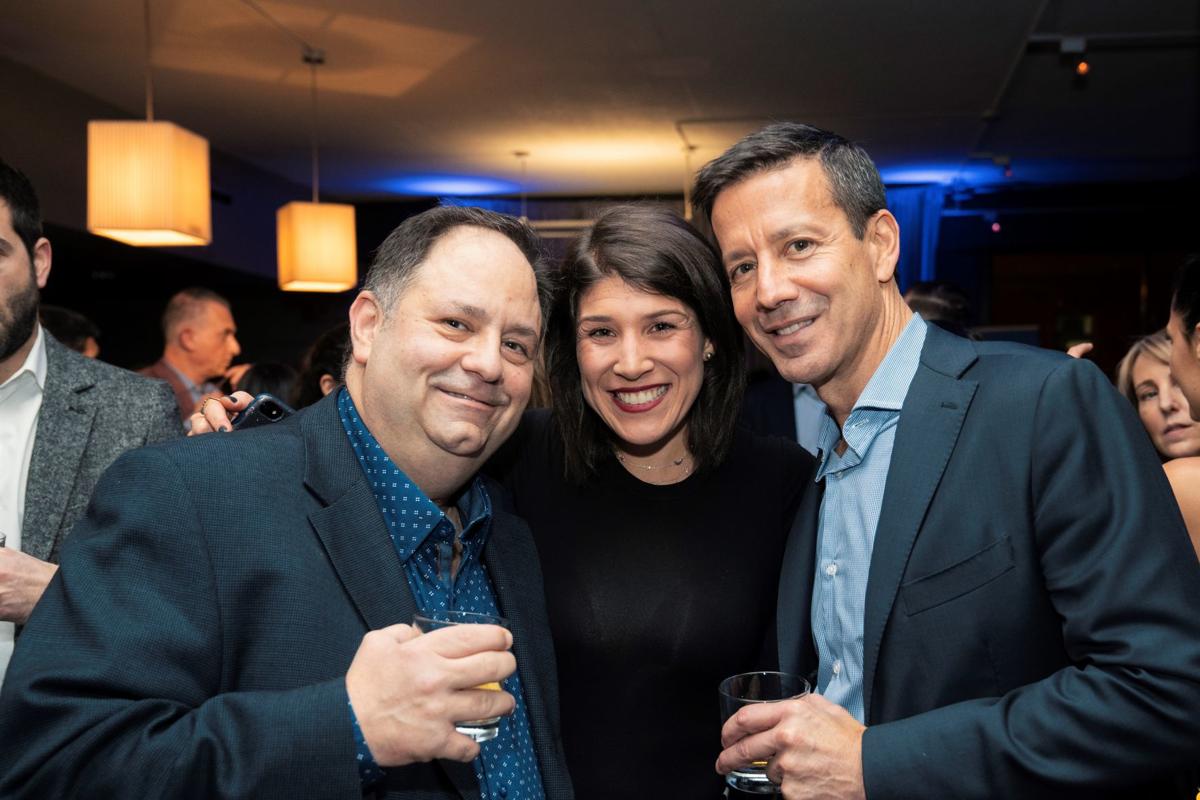 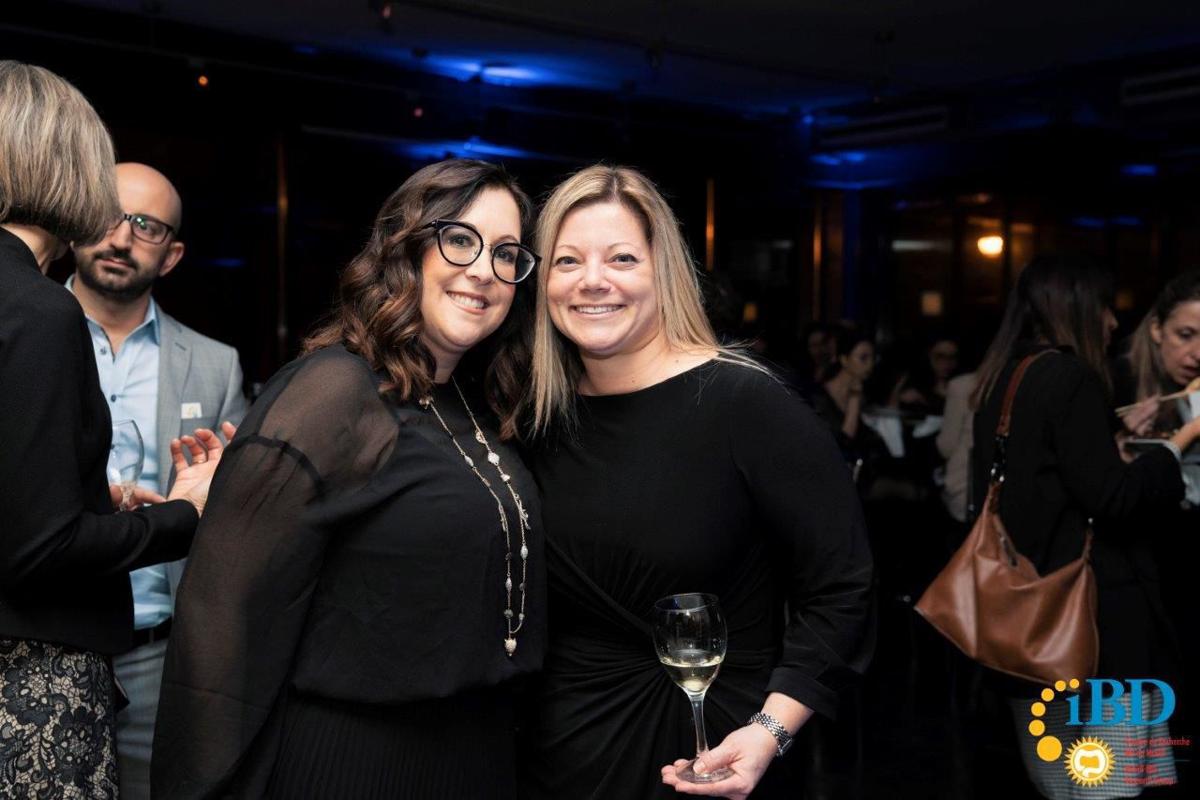 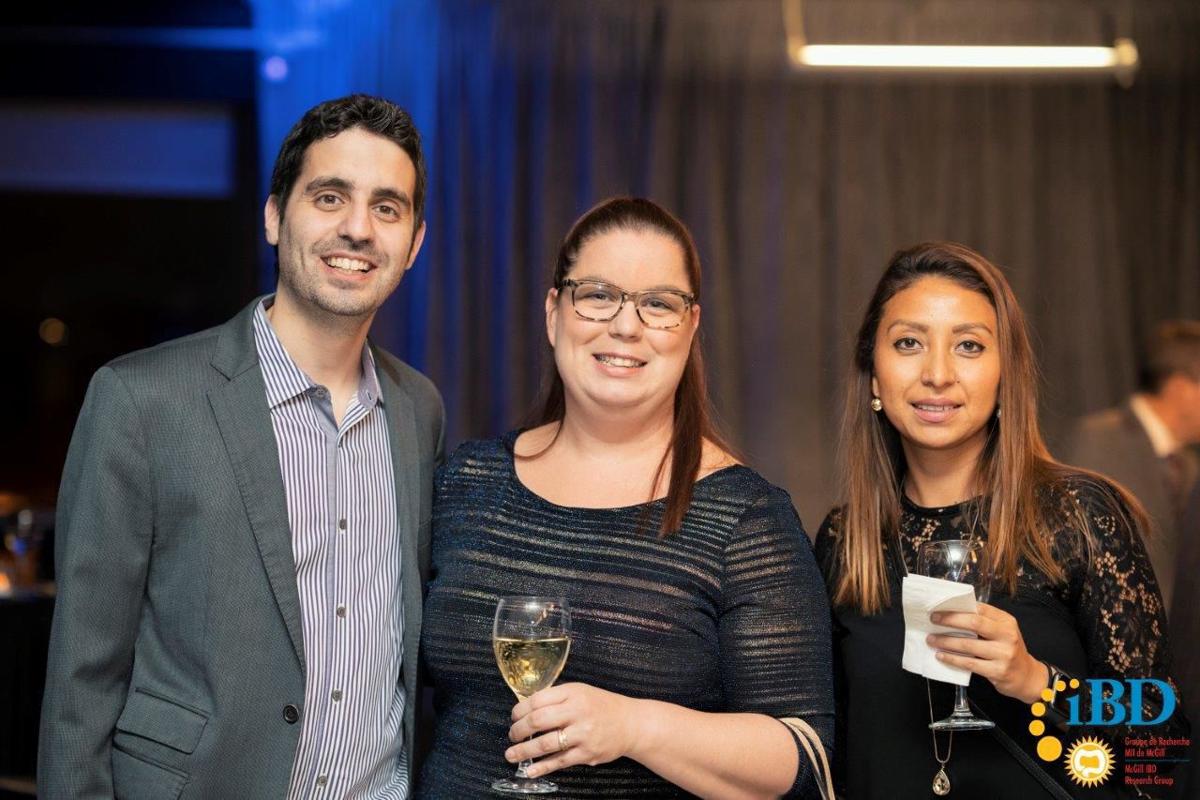 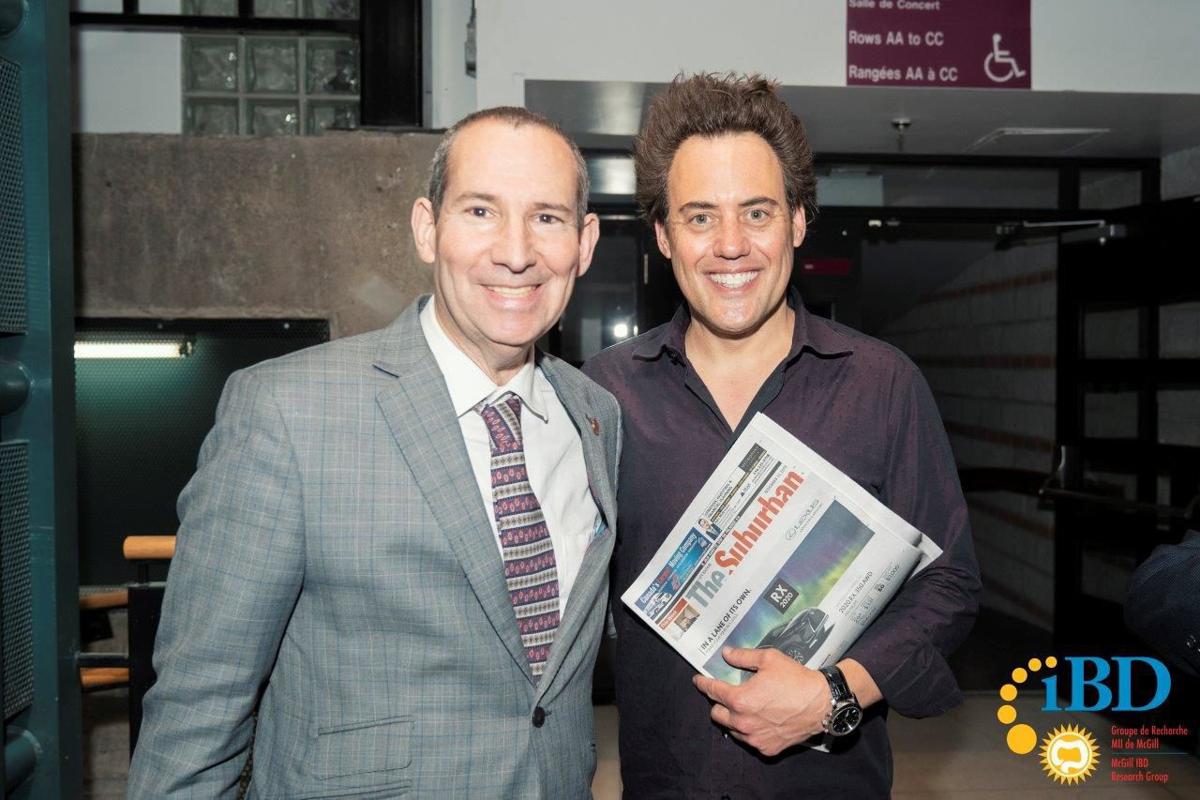 Myself presenting a copy of The Suburban to Orny Adams. 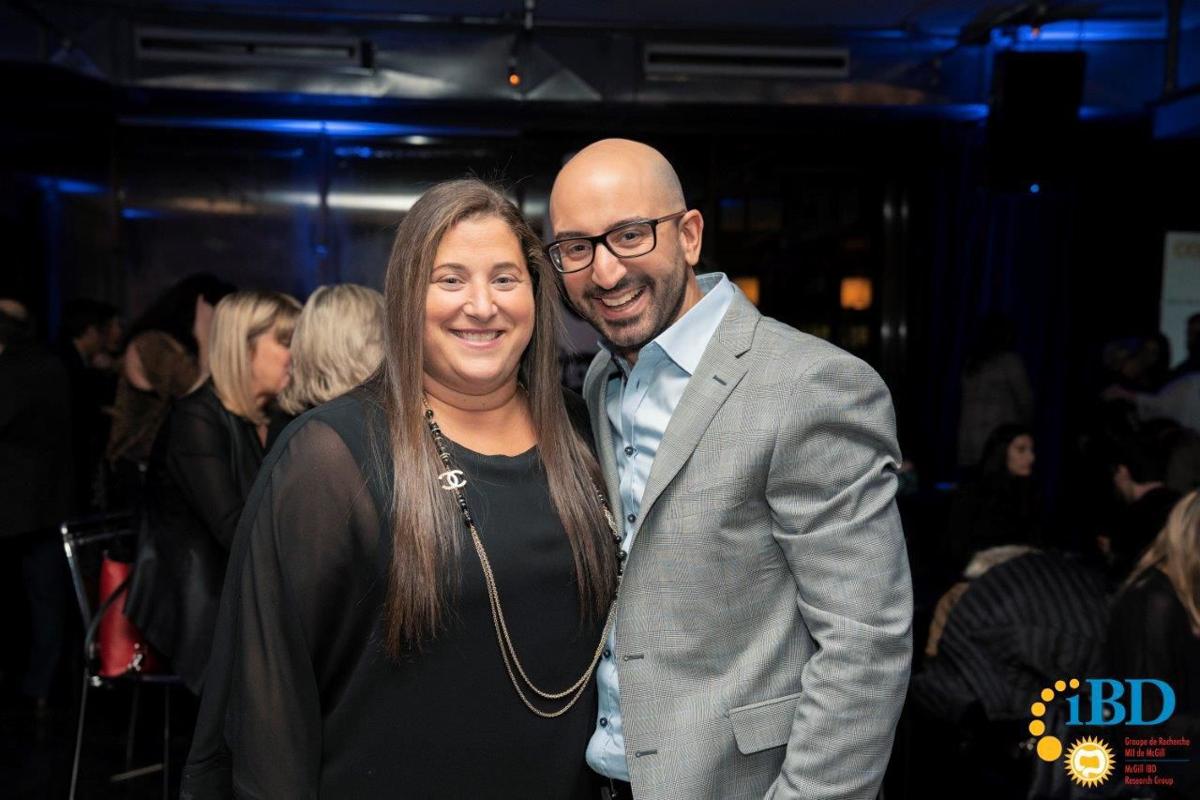 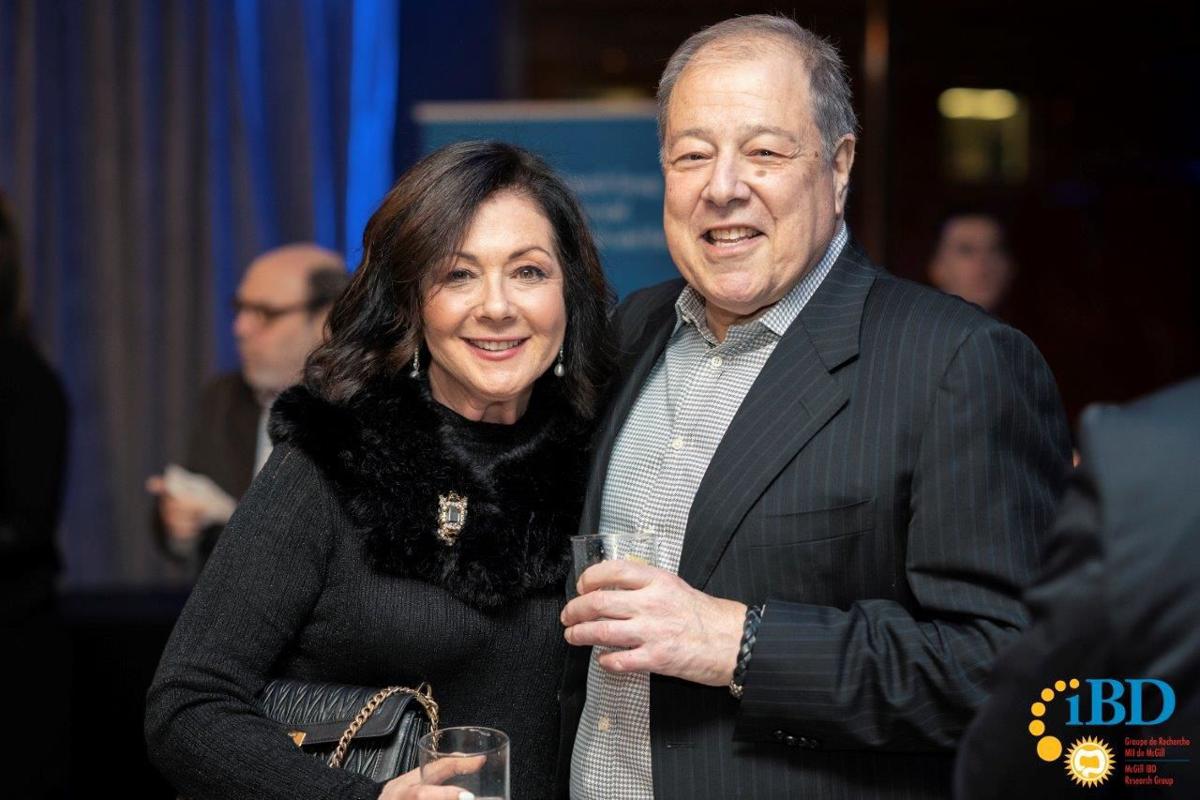 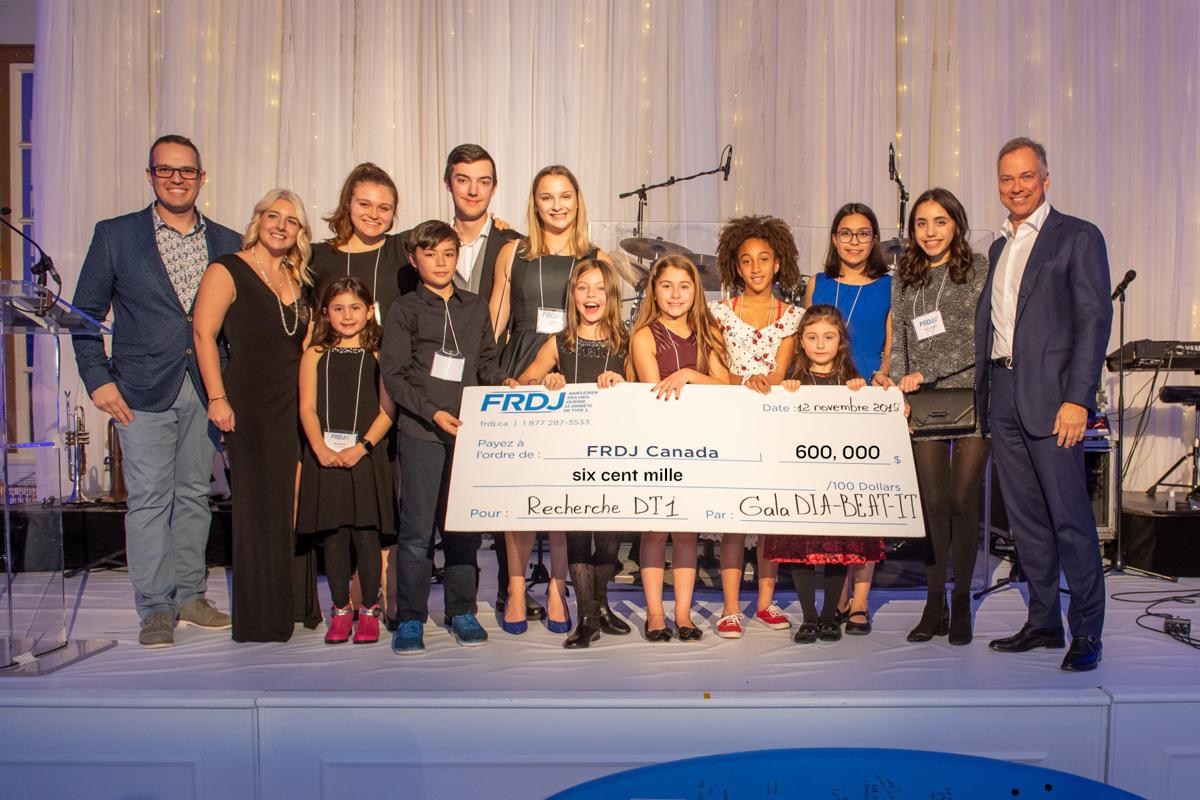 It was all smiles as they unveiled the cheque for JDRF. 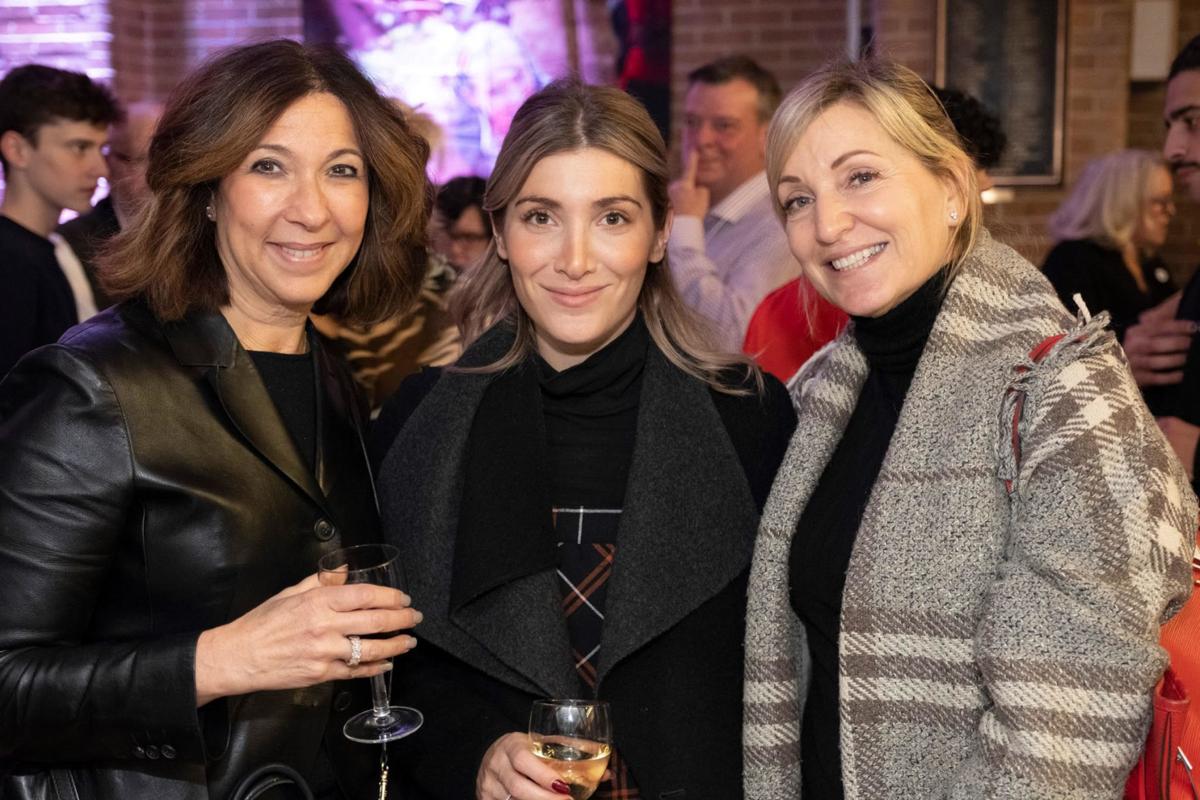 Myself presenting a copy of The Suburban to Orny Adams.

It was all smiles as they unveiled the cheque for JDRF.

The McGill IBD (Inflammatory Bowel Disease) Research Group held its annual “Laugh Your Butt Off” fundraising event recently at the Oscar Peterson Hall in NDG, featuring popular American standup comedian Orny Adams as the featured performer. A total of $282,236 was raised to provide state of the art care, train the next generation of IBD specialists and carry out ground-breaking research into the cause and management of IBD. Dr. Ernest Seidman and Lorne Mayers co-chaired the event .

“The members of our team that I’m representing here tonight strive to provide the highest quality of care to our patients and their families,” commented Dr. Seidman. “The typical patient I follow would have been a teenager at diagnosis. As much as it is a challenge to manage IBD during these formative years of life, I find it so rewarding. Nothing makes me happier than following these young patients as they fall in love and have families of their own. I am so happy when they come to see me for follow up visits with their significant others and children. My patients’ children are like grandchildren to me.”

The evening consisted of a fabulous cocktail dînatoire provided by Java-U Catering (bravo to Ron Mofford), with musical entertainment from Que Sera, followed by Adams. It was a great format, superbly organized by the talented Emily Shore.

DIA-BEAT-IT GALA: The JDRF Canada DIA-BEAT-IT Gala was held recently at the beautiful Windsor Ballrooms, raising $600,000 to accelerate the pace of research that will lead to curing, better treating and preventing type 1 diabetes (T1D). The event honoured Pierre Laporte, President, Quebec and Vice-Chair, at Deloitte Canada. More than 300 guests enjoyed cocktails followed by a delicious meal prepared by Le Windsor and paired with excellent wine selected by the SAQ sommelier. Guests were invited to take part in several fundraising activities, including a Chinese auction and a Silent auction. The evening concluded with dancing to the rhythms of Paul Chacra and the 1945 Orchestra.

TEAM FRANK: Greeted by the beating of traditional drums, close to 300 Montrealers enjoyed a colourful, African-themed evening in the Memorial Gym at Lower Canada College recently with all money raised directly benefiting the TEAM FRANK AFRICA initiative — building schools and water supply to impoverished communities in South Africa. The event will help fund TFA’s third school located just outside Kruger National Park in Mpumalanga Province. Kimmy Chedel and her children, Zoe and Garrett Doyle, created TEAM FRANK AFRICA two years ago in gracious memory of their husband and father, Frank Doyle, who was among the brave and innocent victims who perished on 9/11. He was head of the equity trading desk of Keefe, Bruyette and Woods located on the 89th floor of World Trade Centre, Tower 2. His story is one of great bravery, love and purpose.