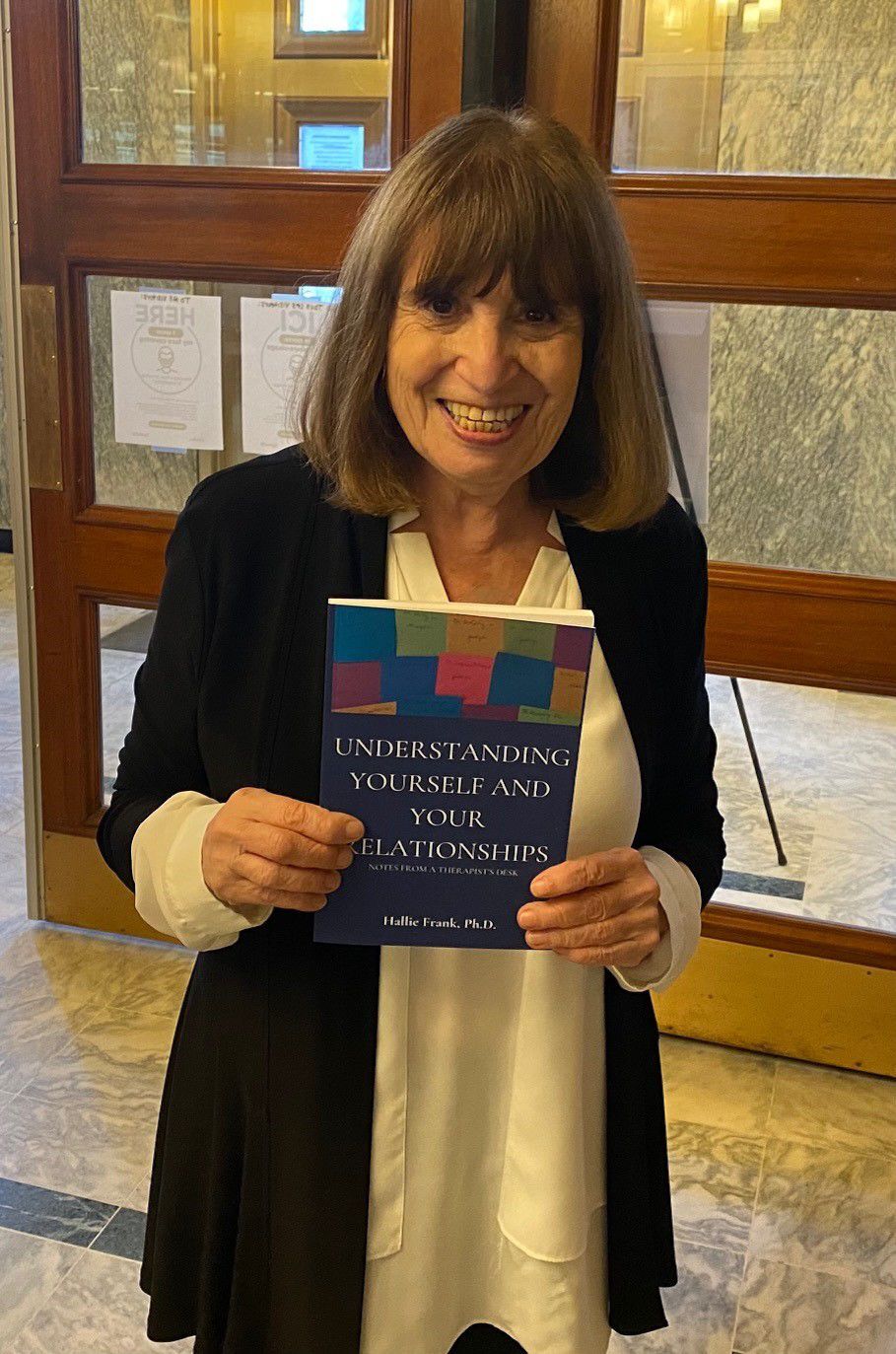 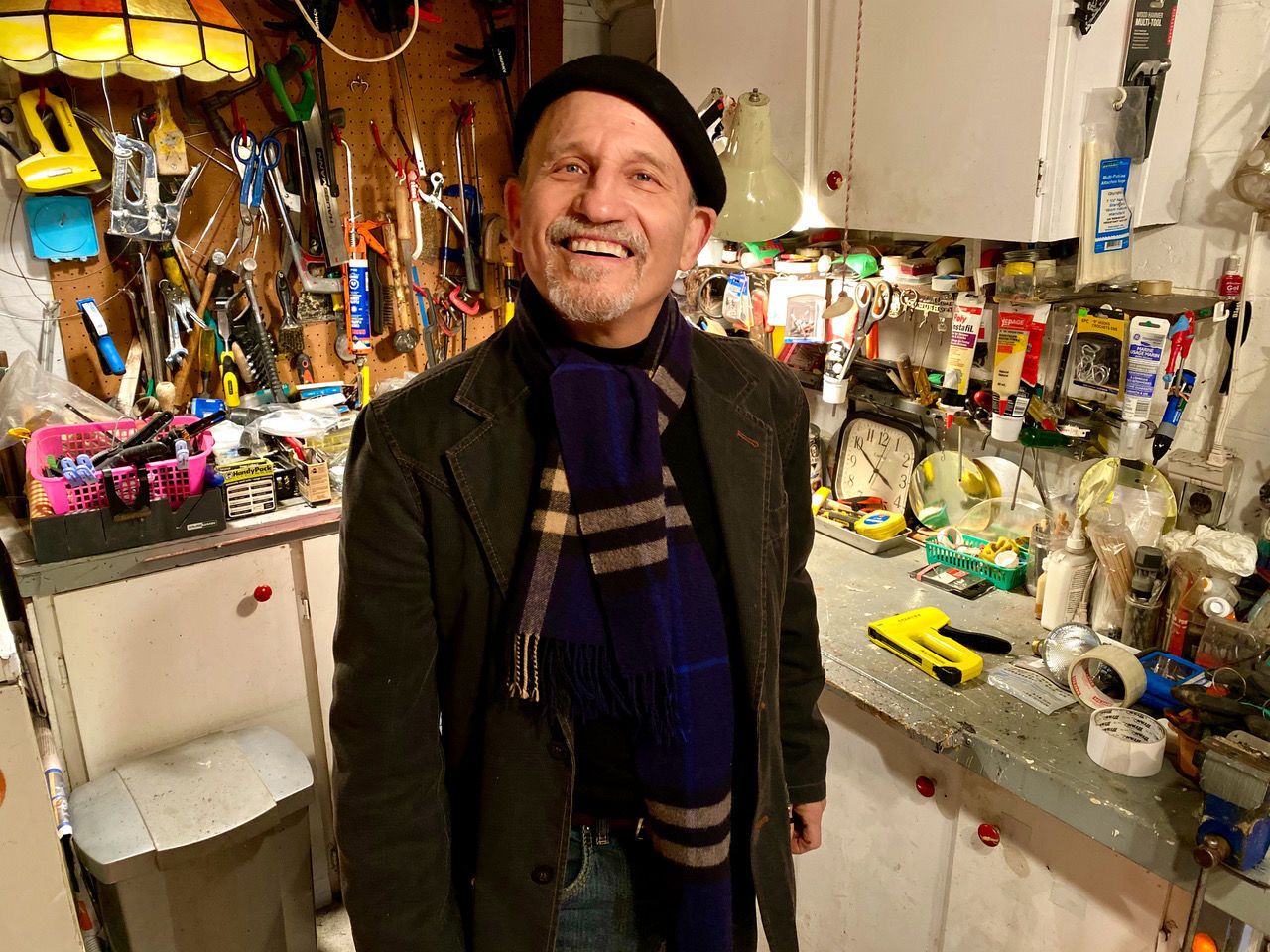 Dr. Michael Dworkind in his workshop.

Dr. Michael Dworkind in his workshop.

It is always nice to publicize the work of local professionals. Dr. Hallie Frank is a senior clinical psychologist with over 50 years of experience in private practice. A former chief psychologist at the McGill University Mental Health Service, the Côte Saint-Luc resident also taught graduate students in the clinical psychology program at Concordia. Now she has checked off a big item off her bucket list by writing a book, featuring a collection of essays about individual and interpersonal dynamics written in accessible language.

Entitled Understanding Yourself and Your Relationships: Notes From a Therapist’s Desk, it includes anecdotes based on personal experiences. “It is a book that addresses everyday problems that we encounter in interpersonal relationships and highlights where we can go right and how easily we can go wrong,” she told me. “The positive feedback I am getting is way beyond what I had expected, both from people in the field and from ordinary readers”

I must say I enjoyed reading each section. Dr. Frank is up front about her own divorce and elaborates on such themes as envy, holding a grudge, hurt feelings, sabotaging success, commitment phobias, social media, toxic relationships, severing ties with families, managing conflict, internet dating and more. It can be purchased on amazon.ca and amazon.com, Bibliophile on Queen Mary Road and Coiffure Azur at Decarie Square.

SAVING CHINATOWN: Bravo to Jimmy Chan, who recently launched his extraordinary new documentary Saving Chinatown — The Rise of the Dragons with a VIP premiere at the Scotiabank Cineplex. It focuses on the tremendous challenges Montreal’s Chinatown has faced since the start of the pandemic, notably anti-asian racism. A screening Oct. 16 is set for the China International Film Festival in Toronto. Among those on hand were Pierrefonds-Roxboro Borough Mayor Jim Beis, Brossard Mayor Doreen Assaad, casting agent Ginette D’Amico, actors Russell Yuen and Katherine King So, producer Frank Baylis, Snowdon Councillor Marvin Rotrand, Snowdon Council candidate Sonny Moroz and Eramelinda Boquer from Global News. “It took me 30 years to learn and appreciate the history of our Chinatown and our ancestors who came here to make this our home,” he said. “Chinatown is more than just Chinese restaurants. It is a representation of the rich culture and history of our Chinese heritage and it is a testimonial of the hard work our ancestors made.”

DR. DWORKIND ON FILM: Uber-talented filmmaker/photographer Ezra Soiferman has just released a short film about Dr. Michael Dworkind, a semi-retired family physician and the founder and former head of Palliative Care at the Jewish General Hospital. Presently he is the Medical Director at Santé Cannabis, Quebec’s largest cannabis research and patient’s clinic. He is also an avid environmental activist and two-time Nobel Peace Prize winner with a couple of international groups of physicians against nuclear war. As an artistic outlet, he has also been building hundreds of eccentric recycled art sculptures in his home workshop and up at a wild and crazy country cottage in a remote corner of the Laurentians. The five minute film, titled, The Junk On My Roof looks at the rooftop sculpture garden at his NDG home. “The pandemic has afforded him more time and he decided to start sharing his art with the world rather than using it solely as a meditative and personal artistic outlet,” Soiferman says. You can see the film on YouTube and on our website.

COHEN CHATTER: Bravo to former Côte Saint-Luc resident Jessika Diamond on being appointed National Manager, Events and Community Fundraising for March of Dimes Canada …Early prediction. Marc Bergevin will be named president of hockey operations for the Habs after the season and hire a new GM, maybe Mathieu Darche?

The Junk On My Roof (A short film by Ezra Soiferman)