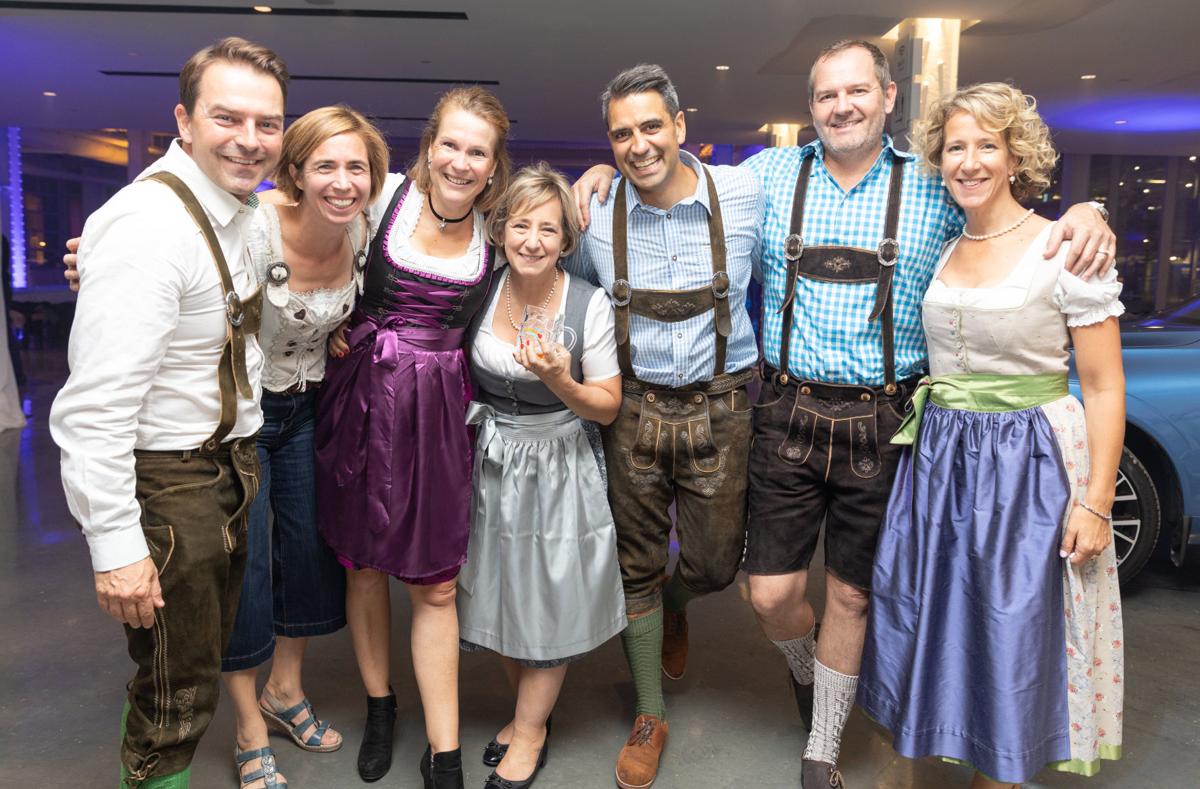 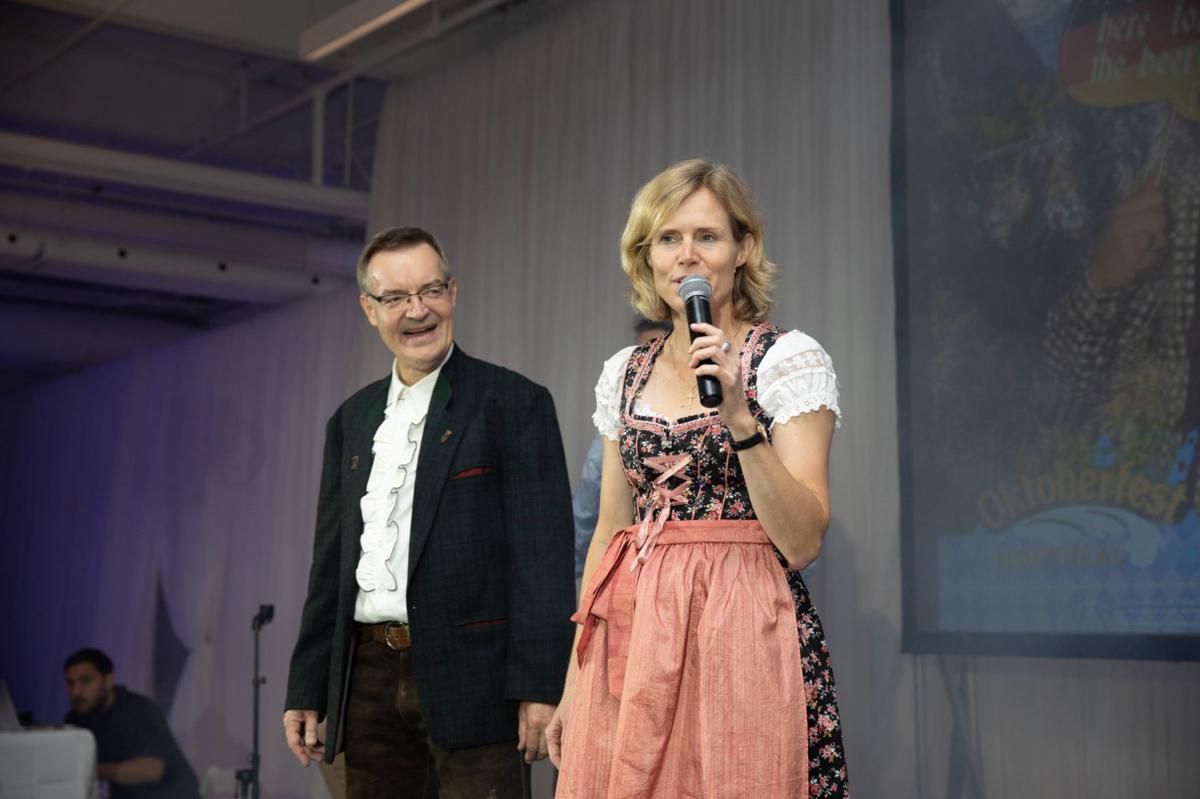 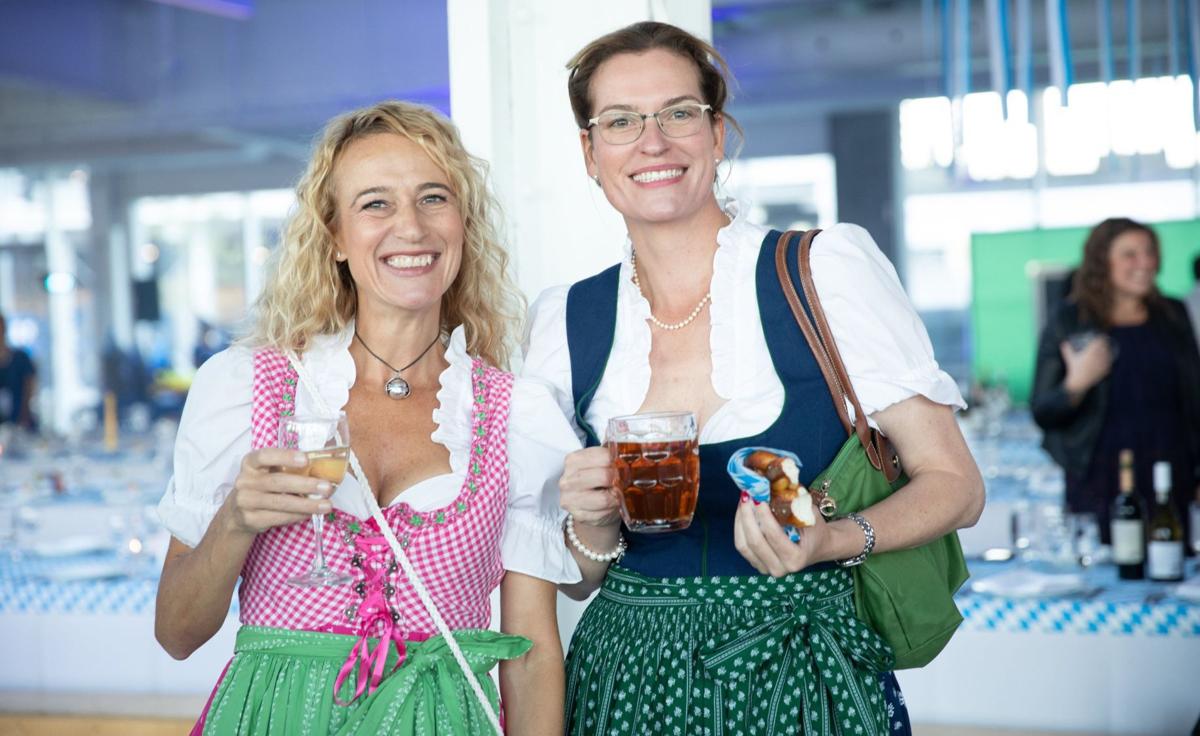 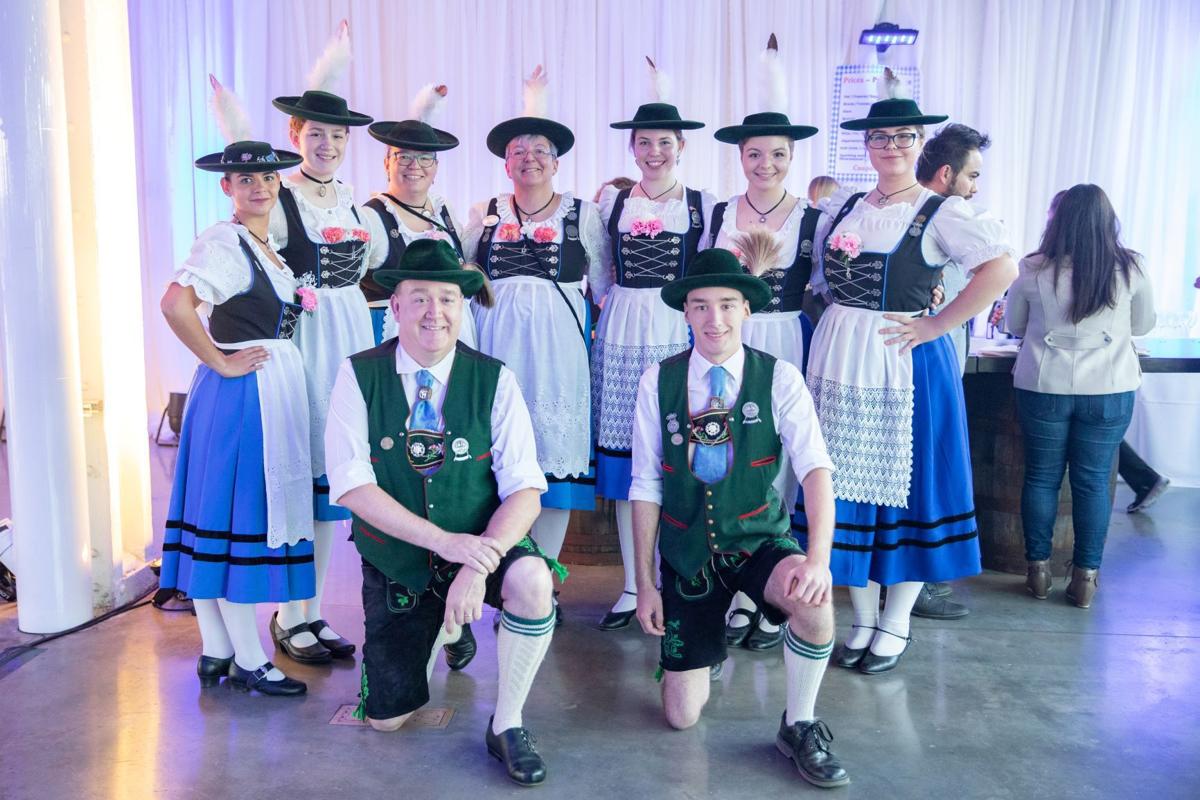 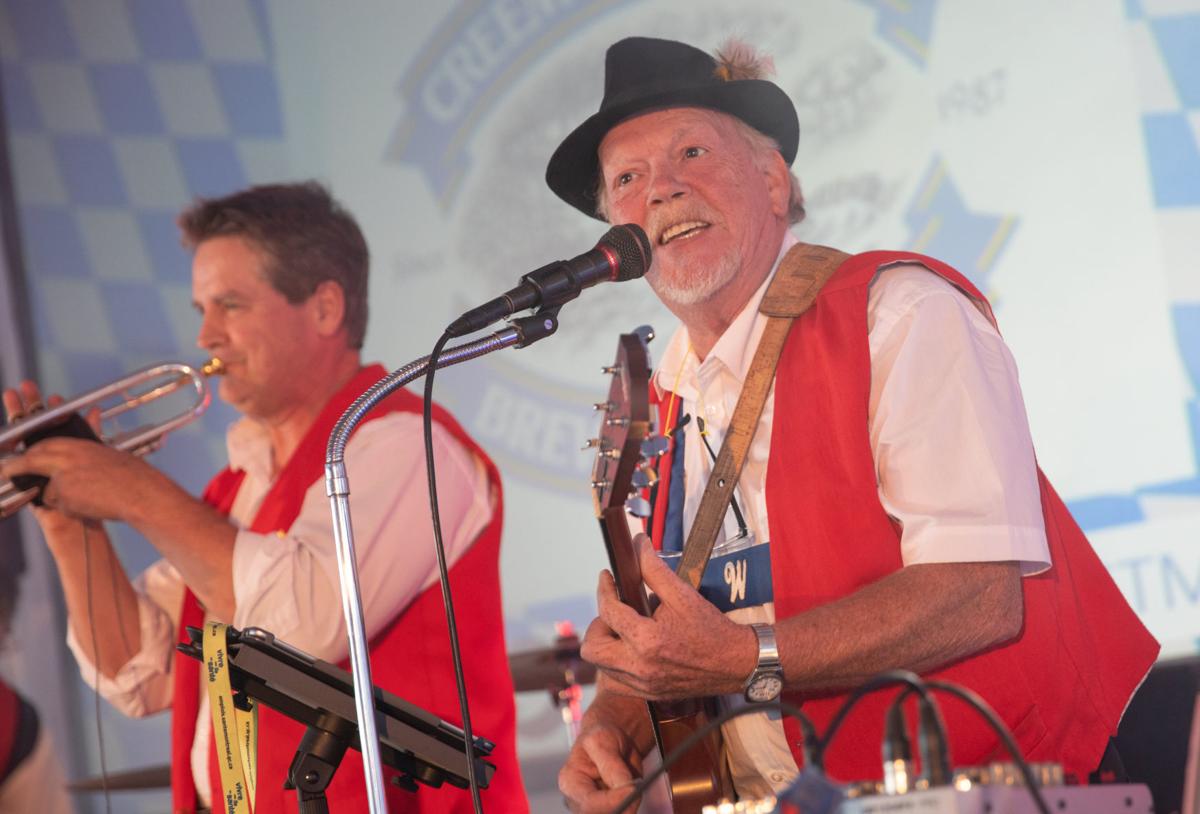 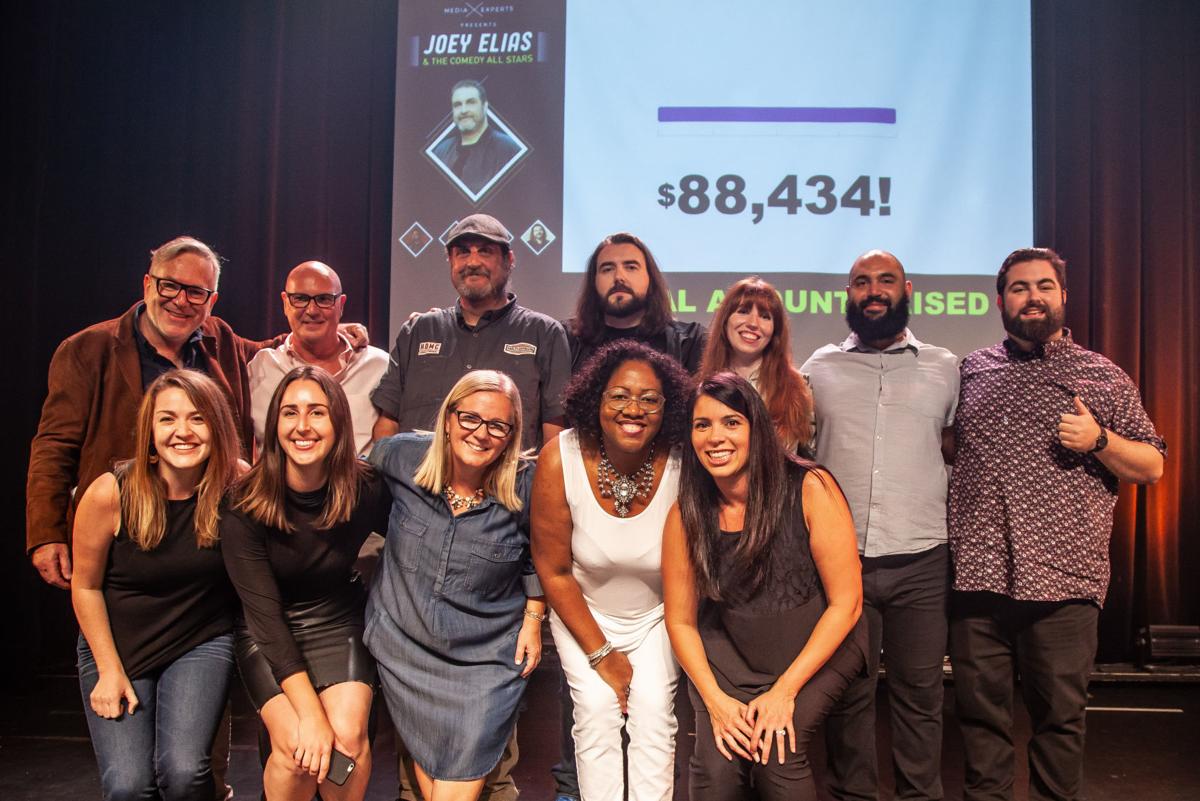 More than 550 guests celebrated the third annual Oktoberfest Montreal 2018 recently at the magnificent Alexandra Pier in the Old Port as the sun was setting over the city. Dirndl and Lederhosen clad revellers enjoyed a fun filled evening of traditional Schuhplattler dancers, a Bavarian Oktoberfest band and a typical German supper, as well as many litres of refreshing beer. The latter was sponsored by Creemore Springs Brewery. In typical Oktoberfest fashion guests sat at long tables on benches, clinking steins to new friends and old, discovering new connections and chatting animatedly, enjoying platters of sausages and sauerkraut, roasted chicken and potato, potato salad, pretzels and Apfelstrudel, before dancing the night away into the early hours, entertained by a magnificent DJ.

The annual Oktoberfest Montreal fund raising event, which is organized by the Friends of Alexander von Humboldt German International School Montreal in Baie-d’Urfé and supported by the official representation of Bavaria in Quebec, raised over $17,000 in support of the school and the Montreal Children’s Hospital Healthy Kids Fund.

The event, sold-out again this year, is always a hot ticket, attracting a cross-section of the city’s influencers and leaders, wearing their Bavarian finery. Among those in attendance were the German Consul General Dr. Markus Lang and his wife Dr. Kathrin Misera-Lang, as well as Dr. Gisela Steinle from the German Society of Montreal and her husband Richard. Charles Hammer from Uptown Volvo and his wife Effie Papatsiros from McCarthy Tetrault; Stéphane Duval; Kristian Brabander and his wife Danielle; Rolf Hagen Jr from R.C. Hagen and his wife Valerie Jarabek, Frank Kollmar from L’Oreal Canada and his wife Kim, all of whom have become regular guests and supporters of the event.

ON OUR OWN: For the seventh year running, Media Experts presented Joey Elias and the Comedy All-Stars: An Evening of Hilarity in Support of On Our Own (O3), rallying the media, advertising, and tech worlds together to raise essential funding for O3. This year’s collective effort raised $ 90,134, bringing the grand total of donations raised to date for this non-profit to over $385,000 – funds that allow O3 to continue to give young families a hand up during a very vulnerable moment in their lives. The lineup of entertainers included many of Montreal’s brightest comedy all-stars joining Elias on stage: the evening’s host Lawrence Corber, plus comedians Wassim El-Mounzer, Sarah Quinn and Pantelis. Over 400 attendees cracked up at Club Soda.

As of May 28 restaurant terraces will open in Quebec, will you be dinning out?