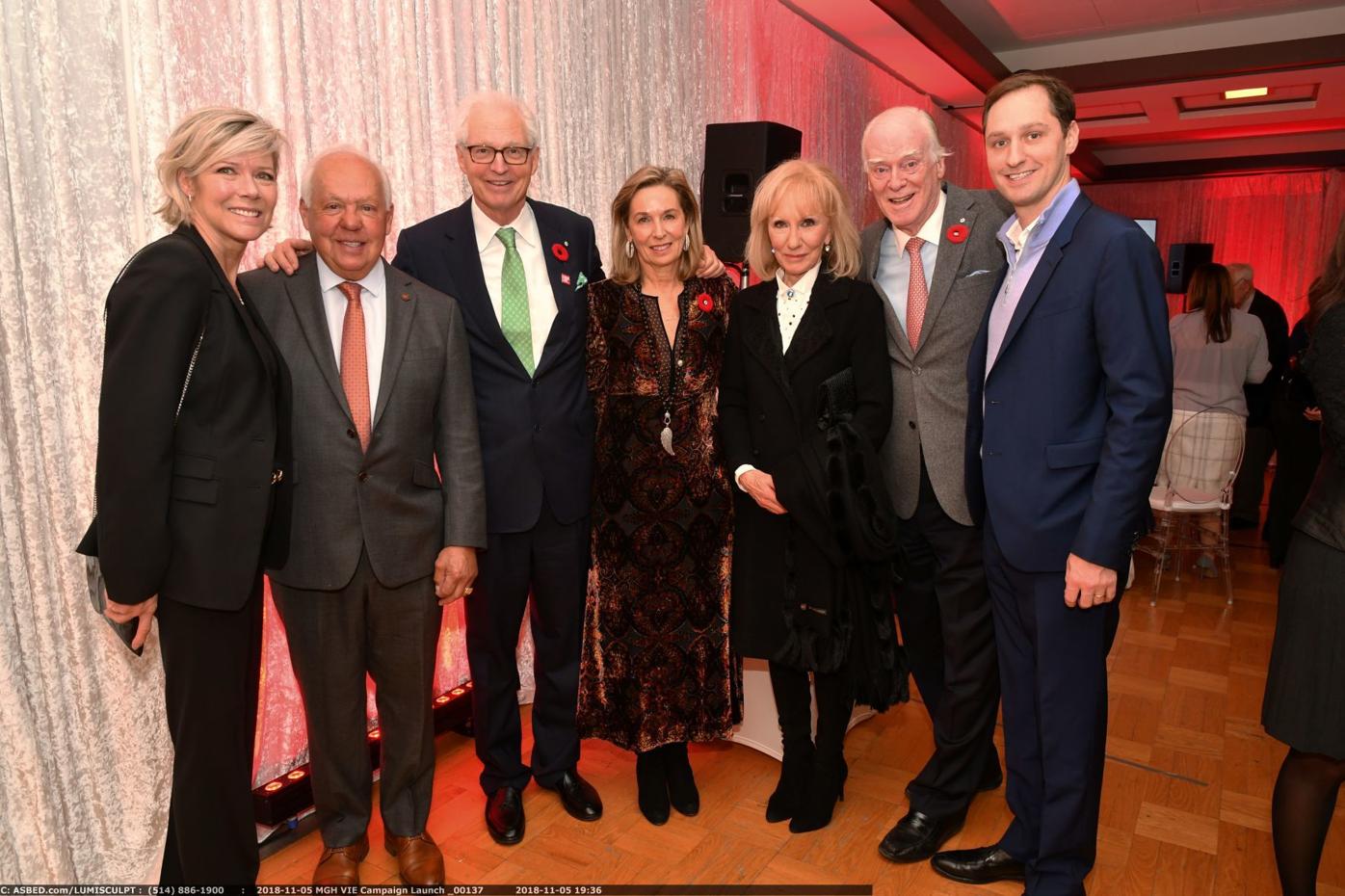 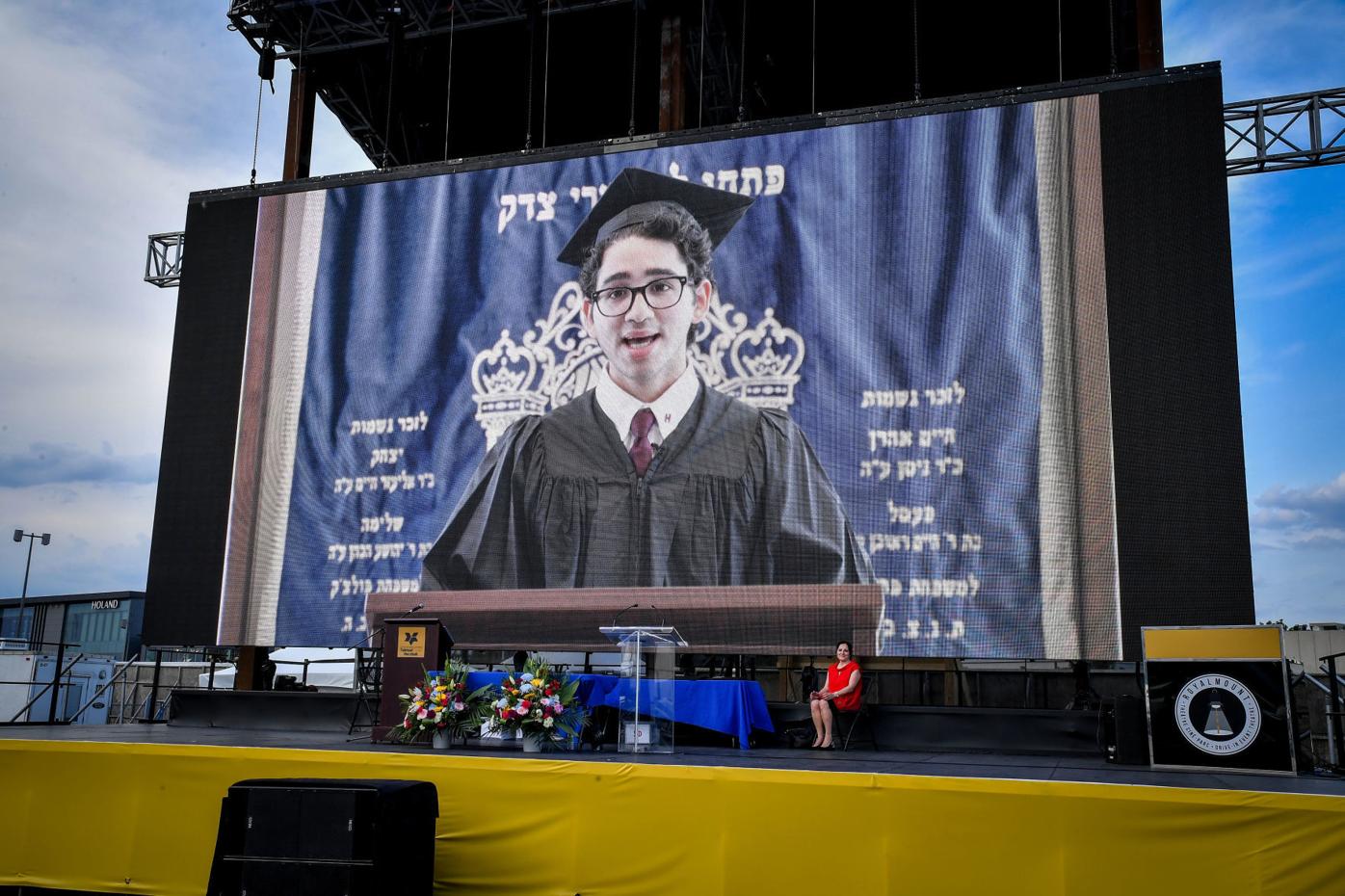 Herzliah grads on the big screen.

Herzliah grads on the big screen.

The Montreal General Hospital has set aside its focus on COVID-19 for a moment to share some good news from its 2019-20 annual report. From April 1, 2019 to March 31, 2020, they raised $28.3 million in donations, for a total of $34.4 million, including investment income. That is a record for the MGH Foundation! They launched their CODE LiFE campaign in October 2018 with the goal of raising $100 million in three years for vital care at the MGH, the MUHC, and within the McGill University health network. Just over 18 months later, they have reached over 80 percent of their goal.

“I became enthralled by the Montreal General Hospital very quickly,” Power Corporation President André Desmarais said of his first connection with the hospital almost 30 years ago. Today, he, and his wife France Chrétien-Desmarais serve as co-chairs of the CODE LiFE Campaign, along with Andrew Molson and David McAusland.

The current COVID-19 pandemic has underlined the importance of hospitals and healthcare workers. “We see the devotion not just of the doctors but of all the people in the hospital, working together to serve the community,” says Desmarais. “We see them taking risks, night and day. Their efforts are truly heroic.”

JEWISH DAY SCHOOL GRADS: Bravo to Montreal’s Jewish day school network for the innovative ways in which they have proceeded with graduation ceremonies, taking into account all of the necessary social distancing measures. In my SJN feature on The Suburban website, I take a look at how Solomon Schechter Academy, Bialik High School and Herzliah High School made it work: the latter using the new Royalmount Drive In Event Theatre.

JDRF SCORES: The first ever House ParT1D for the Juvenile Diabetes Research Foundation (JDRF) was a huge success recently. Thousands of people across Canada came together to raise funds to accelerate the pace of diabetes research. In fact they surpassed their original goal and raised a total of over $2.1 million. The JDRF House ParT1D for a Cure presented by Omnipod was fun to watch. Despite the reality of physical distancing, this new, family-friendly virtual proved to be a very united experience. Montreal Canadiens forward Max Domi was particularly impressive. Diagnosed with type 1 diabetes at age 12, he became JDRF’s national spokesperson soon after joining the Habs. He co-hosted the event, sharing his story about living with this chronic disease and lending his voice to help raise funds to support critical type 1 diabetes research. Learn more at jdrfparty.ca.

JUST COSTA: It was fun to connect with the Montreal brother-sister duo Just Costa to talk about their feel-good summer anthem “Peachy” Jesse and his older sister Juliana grew up in NDG. They’ve appeared TVA’s La Voix (The Voice), played over 400 shows — including a 16-date tour of Italy — performed at festivals and conferences, released one album — In Time, All Things under their previous moniker Juliana & Jesse — and are midway through writing and recording a new full-length edition. See my blog and our Suburban On Air feature for my interview with them.

COHEN CHATTER: Dunn’s Famous has closed its doors in Dollard des Ormeaux for a second time. The first franchise was located on Sources Blvd. A new location debuted a few years ago at Marché de L’Ouest and appeared to be doing well. It was the site of a popular standup comedy series organized by Dave Trentadue... Bruce Gurberg reopened his Cinestarz complexes at Plaza Côte des Neiges and Carrefour Langelier in St. Léonard last Friday. CTV Montreal, Global Montreal and Domenic Fazioli of East End Montreal all filed interesting reports.