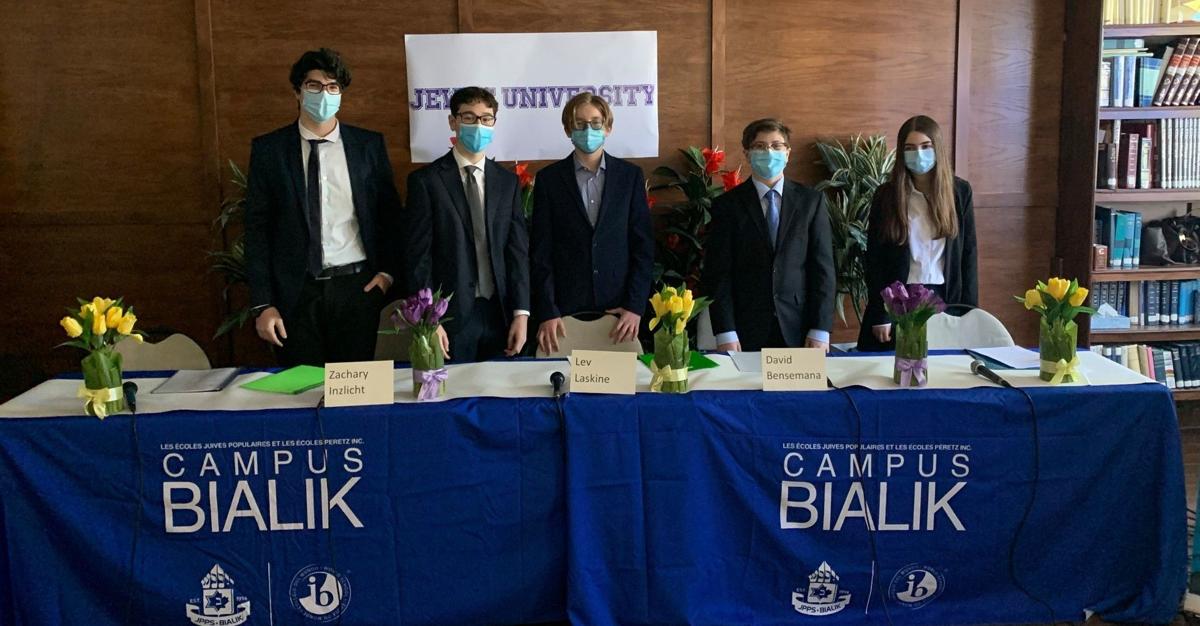 Some of the Bialik students in Moot court mode. 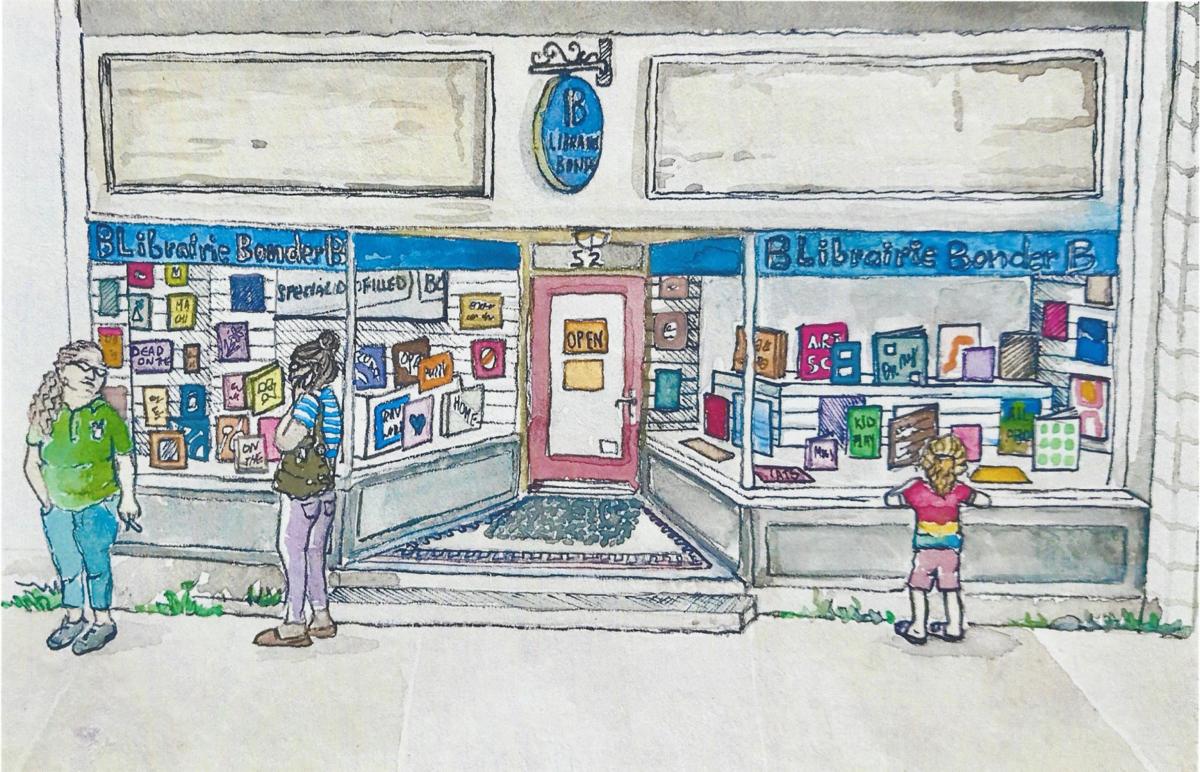 Some of the Bialik students in Moot court mode.

Bravo to legendary educator Dr. Shimshon Hamerman, who guided four Bialik High School teams in the recent Virtual Jewish Moot Beit Dins (Moot courts). Overall some 145 students from 45 schools from Israel, Australia, South Africa, the United States and Canada competed. This year the students were provided with 50 sources to argue and prioritize receiving COVID-19 vaccines in a Jewish seniors home. Who should receive the 100 vaccinations provided to the home, the residents or the nurses? The case could not be more timely given the pandemic engulfing the world. One Bialik team won the International Essay Competition while two others finished in second place. Please see my online SJN column on The Suburban website for a more complete story.

NOTHING’S GONNA STOP US NOW: Celebratory occasions have been wiped off the map because of the pandemic. Just ask the gang from The Directors Showband, who got creative for Valentine’s Day and ran an interesting contest. Among the prizes was a featured spot in their Valentine’s day music video, posted on their website, which I think I have watched a half dozen times. The production begins with three couples (Jessica Miccoli and Anthony Zeffro; Robyn Shiller and Beaconsfield High drama teacher Jeff Pinsky; and Marilyn and Kevin Meikle) at Centennial Park in Dollard des Ormeaux, then comes the band performing the classic Nothing’s Gonna to Stop Us now tune from Starship. See my blog for more.

A BONDER MOMENT: A few weeks ago when the team at the iconic Librarie Bonder Bookstore in Montreal West opened for business, they found a picture and note slipped under the door. It was a watercolor drawing of the store that one of their customers, St. George’s School of Montreal art teacher Oriana Sutorius, made last summer. She stated in the note that she and her daughter always enjoy looking at the windows and she captured her daughter as she looked in one day. “This heartwarming gesture , along with her kind words, have come during tough, uncertain times and needless to say it has made our day, week, month, year,” staffer Antonella told me. Irving Fransblow has owned the store since 1984. It has been around for almost 70 years, making it one of the oldest independent English bookstores in the country.

CANTOR FOR THE HABS: Gideon Zelermyer, the Cantor for Congregation Shaar Hashomayim in Westmount, checked off a big item on his bucket list last week when he sang “O Canada” at the Habs game vs. Edmonton. “Twenty years ago today, in the midst of Passover, I crossed the 45th parallel heading ’true North’ to make Montréal my new home,” he said. “No way could I have dreamt that the next 20 years would hold such abundant blessings in store.”

COHEN CHATTER: Filming on a Netflix comedy called Single All The Way began in Montreal last week. Among the stars is Jennifer Coolidge, whom we just loved in the Legally Blonde movies…The next film edition of Transformers will shoot here this summer for 11 weeks. It is budgeted at $200 million…. This year marks 40 years of Ronald McDonald House Charities (RMHC) supporting families in Canada enabling access to Canada’s paediatric health care system for families who live outside of a city centre without a children’s hospital. Manoir Ronald McDonald Executive Director Jacqueline Mallet and parent George Martin from the Gaspé join me on my latest Cohen in the City video segment on our website. Also, meet the two Montreal contenders for Top Chef Canada on Food Network Canada; Ahuntsic’s Aicia Colacci and DDO’s Jae-Anthony Dougan…Race car driver Jacques Villeneuve has sold his Westmount mansion on Sunnyside to a plastic surgeon for $6.5 million.

As of May 28 restaurant terraces will open in Quebec, will you be dinning out?