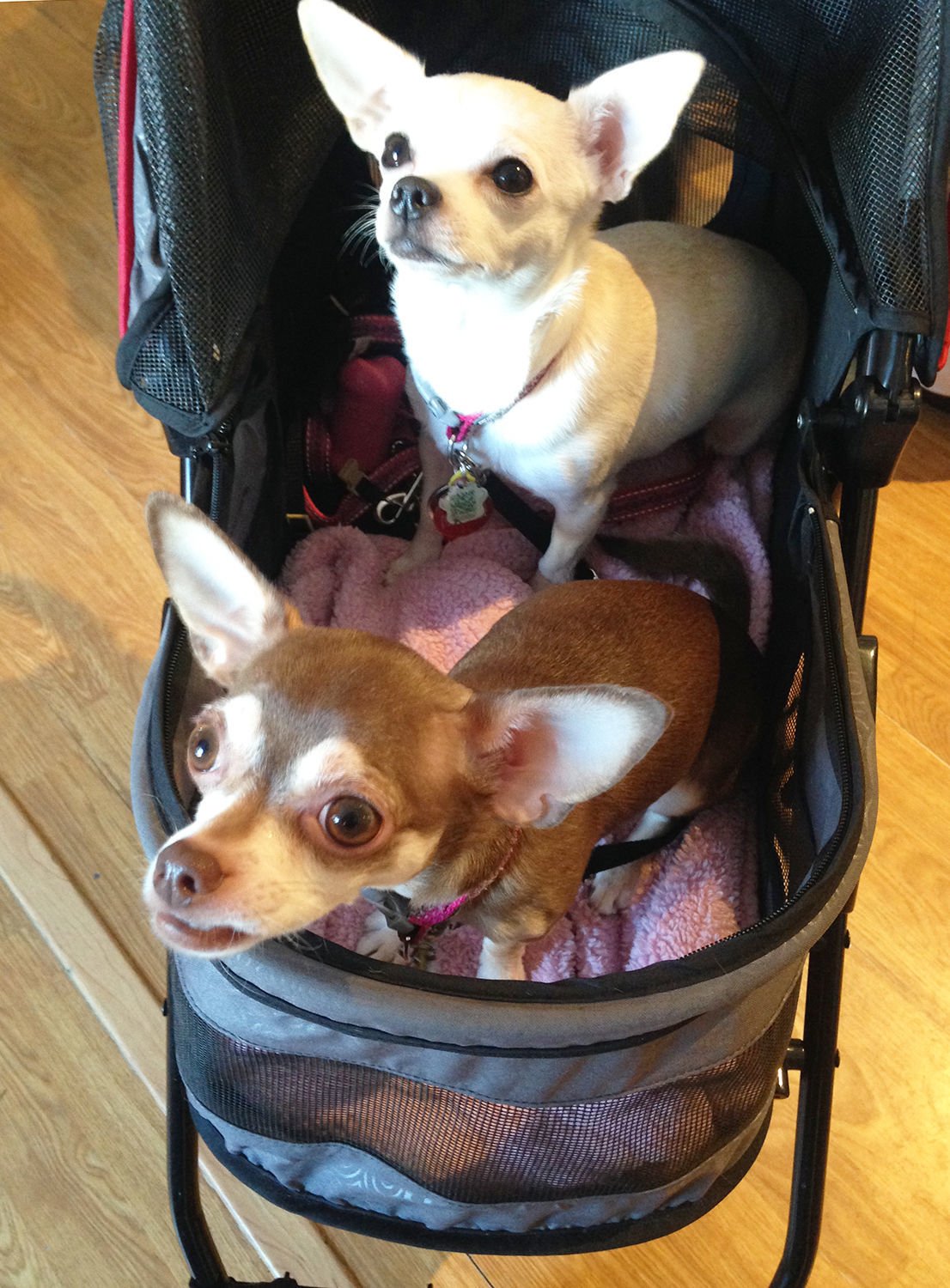 Chihuahuas – like these two pictured at a recent Animatch fundraiser — are absolutely brimming with personality and are comical, entertaining, expressive and loyal little dogs. 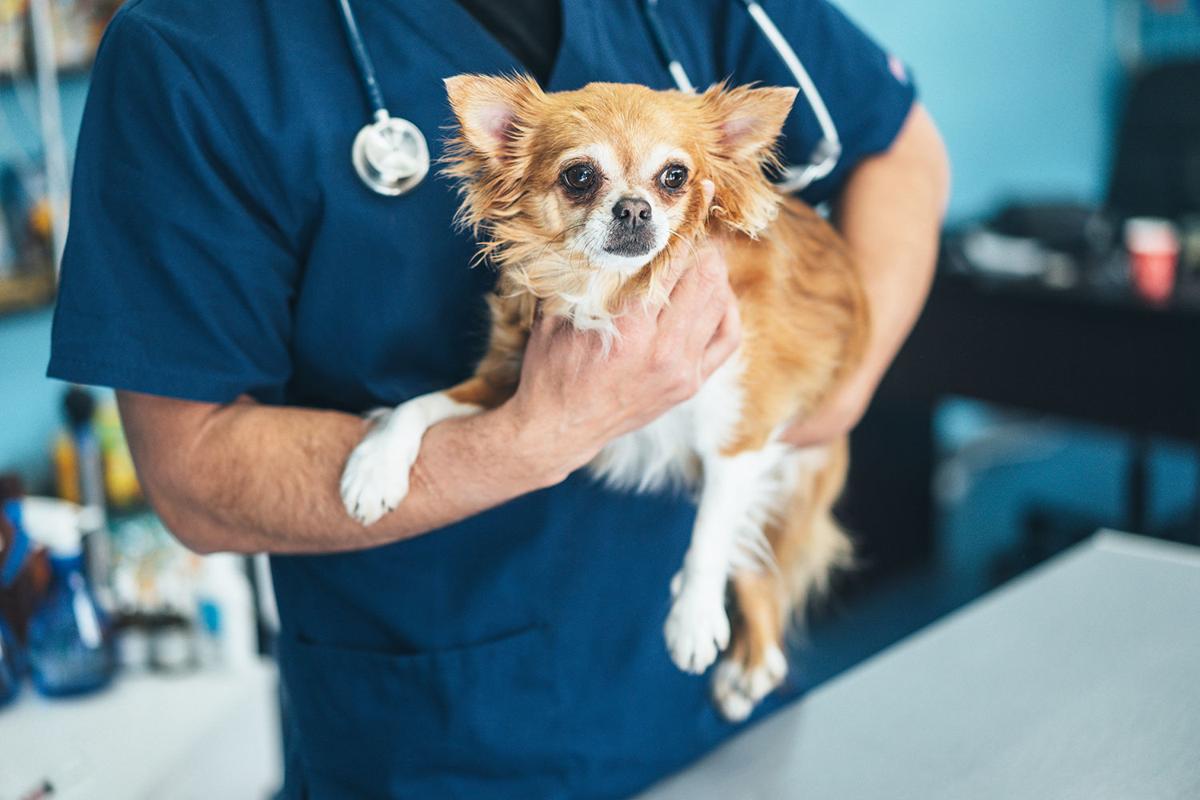 Chihuahuas are the smallest breed recognized by most kennel clubs with an average weight of around 4-6 lbs and an average height of 6-10 inches.

Chihuahuas – like these two pictured at a recent Animatch fundraiser — are absolutely brimming with personality and are comical, entertaining, expressive and loyal little dogs.

Chihuahuas are the smallest breed recognized by most kennel clubs with an average weight of around 4-6 lbs and an average height of 6-10 inches.

If a Great Dane or English Mastiff is not your cup of tea and tiny breeds are your thing, the delicate and diminutive Chihuahua may be just the one for you with the smallest actually fitting in your teacup. This breed is perfectly capable of walking but can often be found poking its head out of a tote bag or getting a ride in a baby stroller.

It is also known to cause a sudden craving for tacos.

It is named for the Mexican state of Chihuahua but its history is convoluted with many theories surrounding its origins. Both folklore and archeological finds show that it has origins in Mexico with the most common theory being that it was descended from the Techichi, a companion dog favoured by the Toltec civilization in Mexico.

Chihuahuas are the smallest breed recognized by most kennel clubs. There are two varieties — the Smooth Coat (short haired) and the Long Coat (long haired) — and dogs of either coat type may be identified as either “apple head” or “deer head” Chihuahuas. Apple heads have rounded heads, close-set eyes and relatively short ears and legs. Deer heads have flat-topped heads, more widely set eyes, larger ears and longer, more slender legs.

The colour of a Chihuahua’s coat can range from solid black to solid white, spotted, sabled and varying degrees of colours and patterns. Common colours are fawn, red, cream, chocolate, brown, mixed, white and black. As for grooming, the longhaired Chihuahua requires only minimal trimming and contrary to popular belief, sheds less than its shorthaired counterpart.

The average weight of both the male and female Chihuahua is around 4-6 lbs. with an average height of 6-10 inches. The lifespan for both can be anywhere from 12-20 years. Of course, as with any breed of dog, overfeeding can lead to obesity and greatly reduce the number of years you will have with your little burrito. The “teacup” or “tiny teacup” Chihuahua weighs no more than 4 lbs. and has a much shorter lifespan due to the health issues related to its small size — not to mention being easily stepped on.

How Chihuahuas behave depends on the genetic temperament of their parents and grandparents and like all dogs, they will benefit from appropriate socialization and training that includes treats and positive reinforcement. Their small size makes them vulnerable to injuries and attacks from larger animals and because they can be easily frightened or provoked to attack, they are generally unsuitable for homes with small children. They tend to be fiercely loyal to one particular person and may even become overprotective of that person — especially around other people or animals — but they are also clannish and often prefer the companionship of other Chihuahuas to other dogs. Separation anxiety can be an issue with this breed.

Dental care is a must for these small dogs whose jaw size makes for weaker teeth. Daily brushing is an effective preventative measure to minimize the buildup of plaque and tartar and avoid the serious consequences of severe periodontal disease. As in other breeds with large, protruding eyes, Chihuahuas are prone to eye injuries and infections. Their eyes may water in response to dry air, dust and airborne allergens. Collapsed trachea is a health concern characteristic of this breed with other issues being luxating patella and some heart related disorders such as heart murmurs and pulmonic stenosis, a condition in which the blood outflow from the heart’s right ventricle is obstructed at the pulmonic valve.

Chihuahuas are absolutely brimming with personality and are comical, entertaining, expressive and loyal little dogs. They burrow under blankets, dance on their hind legs and lick everything in sight. However, they are a breed of variables and can be lively or placid, bold or timid, feisty or mellow, confident or nervous and stubborn or eager to please. They are reputed to be biters if this trait is inherited from ill-tempered parents.

Many people treat Chihuahuas like a stuffed toy or doll and carry them everywhere, which essentially tells the dog the world is an unsafe place to walk through. Spoiling your dog only makes you feel good while creating an insecure, neurotic dog that barks manically whenever something looks or sounds unfamiliar. Every dog, no matter the breed or size, should be well adjusted and properly trained to be able to live a fulfilling life.