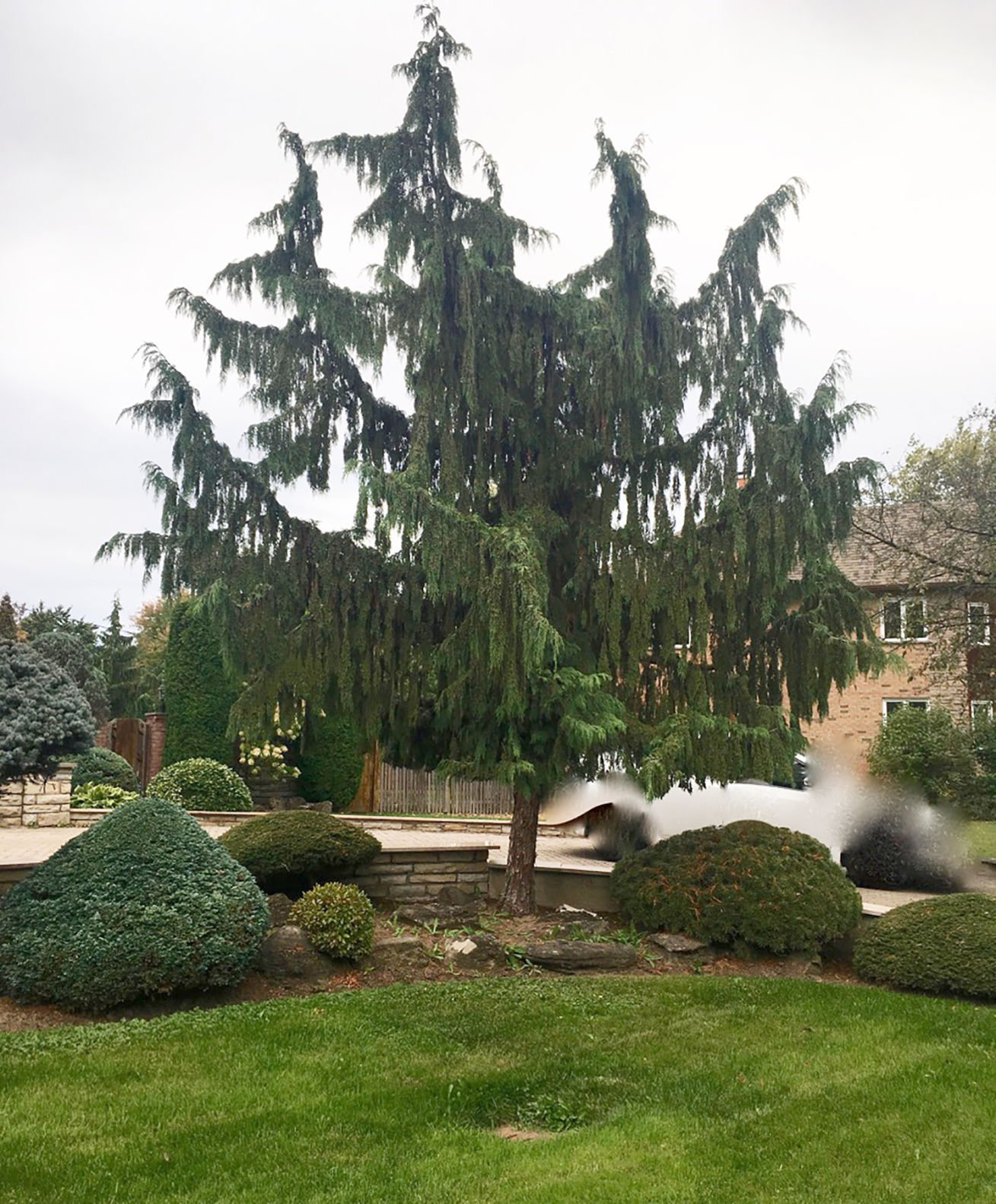 The Weeping Nootka false Cypress is perfectly fitting planted alongside Jack-o-lanterns, cob-webs and other frightful decor. 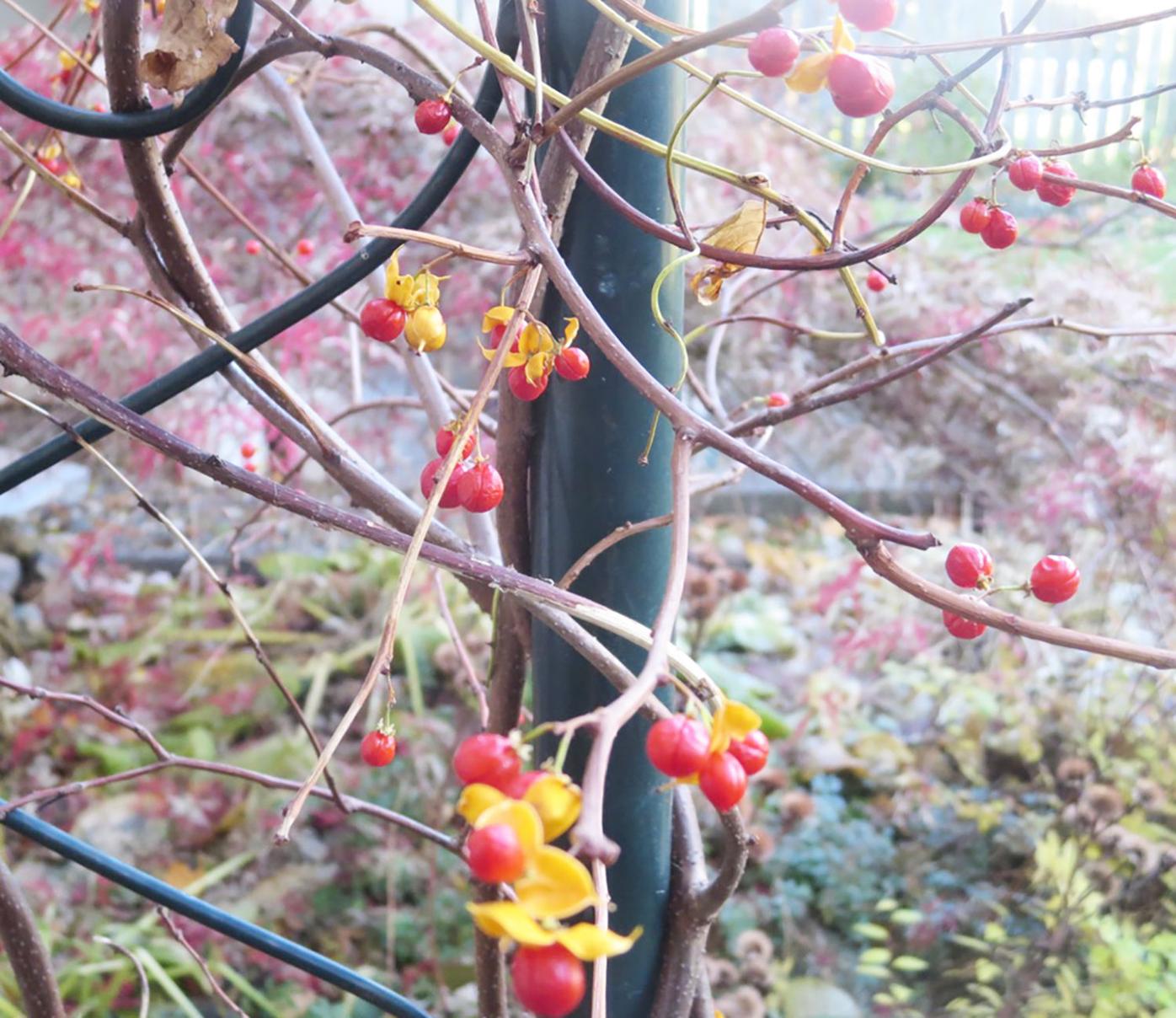 The Bittersweet Vine’s twining, woody stems attach themselves to whatever they can grab a hold of for support, eventually suffocating trees and any other plantings in their path. 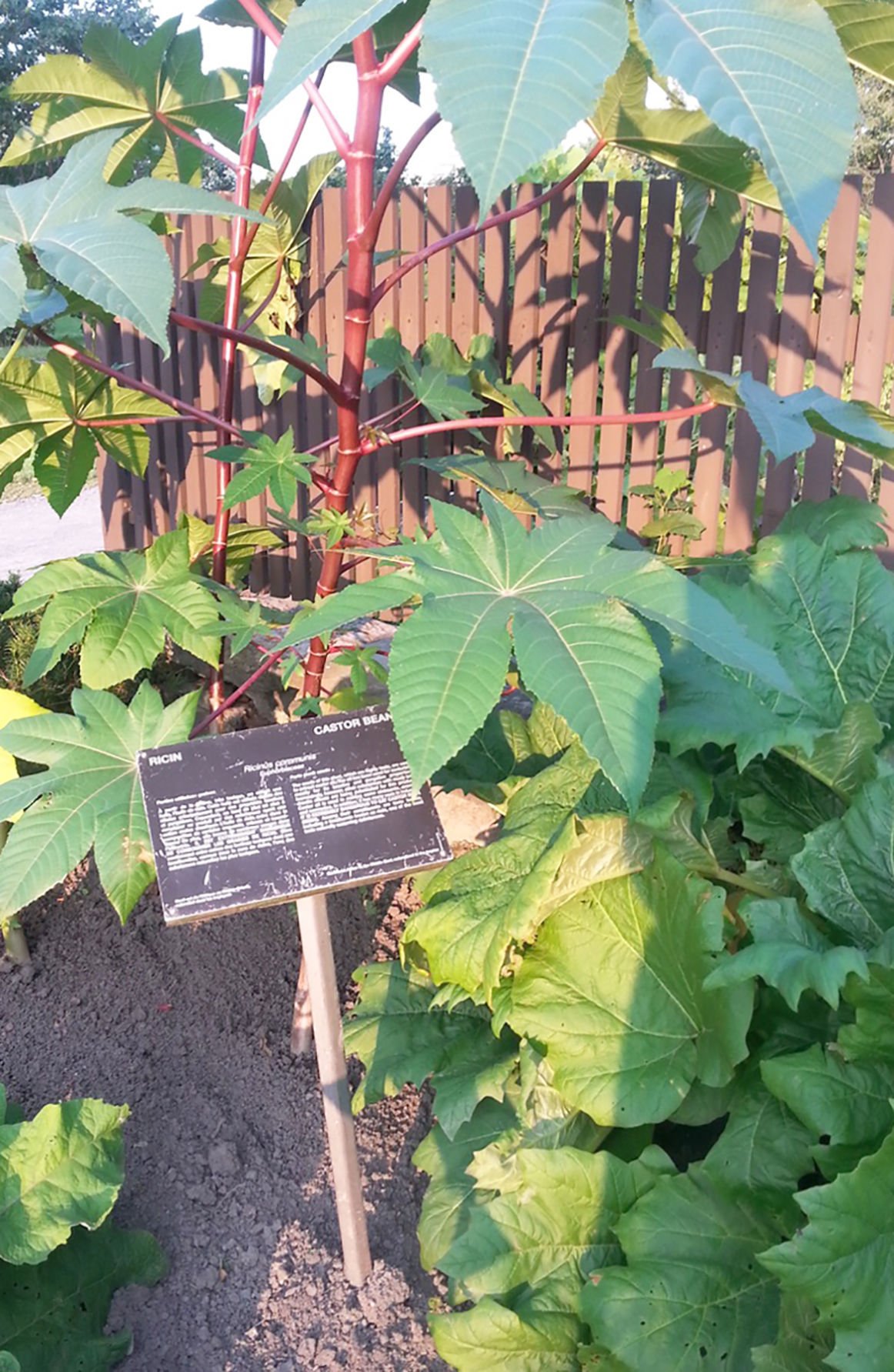 The Weeping Nootka false Cypress is perfectly fitting planted alongside Jack-o-lanterns, cob-webs and other frightful decor.

The Bittersweet Vine’s twining, woody stems attach themselves to whatever they can grab a hold of for support, eventually suffocating trees and any other plantings in their path.

Plants are typically cherished for the beauty and value they afford to gardens, but what about those plants that seem to go hand in hand with Halloween, only two weeks away? What about plants that are freaks of nature or those possessing bizarre attributes or curiously macabre nomenclature and those that are dangerous to our health or even those that…. kill. Here’s a list of 7 spooky plants that should help get you into the Halloween spirit.

If you happen to be walking along a woodland edge at night and feel as if someone is watching you, you may be surrounded by a thicket of Doll’s eyes, or white baneberry, a native deciduous shrub with white fruit that resemble creepy eyeballs skewered onto veiny, red twigs. White berries, which ripen just in time for Halloween, also contain a cariogenic toxin which, if ingested, can lead to hallucinations, diarrhea, and even cardiac arrest.

This attractive, vase-shaped tree with tropical flower clusters emerging above the foliage may seem innocuous, but brush up against it and you’ll immediately understand how the tree got its name: Devil’s walking stick’s young branches are covered in prickly spikes and scarred bark. Even the deeply divided compound leaves have spiny, scratchy prickles. Handling the bark and roots may also cause allergic skin reactions so it’s best to leave this North American native alone in its own shrub border where its flowers and fruit will attract birds and bees while keeping unwanted visitors away.

This is a specimen tree commonly seen in the front yard of generous, suburban landscapes, so some may wonder why this popular conifer made it to a spooky plant list. But to me, the weeping Nootka False Cypress’ scrawny crookedness, especially when young, is undeniably reminiscent of the eerie evergreen tree images seen in Dr. Seuss’ children’s books, and perfectly fitting planted alongside Jack-o-lanterns, cob-webs and other frightful decor. If you mistakenly crush its needles, it even smells bad.

The weeping Nootka False Cypress is not always more hospitable-looking when fully grown either: its arching, pendulous branches look like giant, hairy arms reaching up to scare trick-or-treaters strolling along dimly-lit streets on a windy, Halloween evening.

Standing next to this perennial thug from the carrot and parsley family will make you feel as small as Alice from the famous fairy tale. Don’t fear Giant hogweed simply because of its monstrous size, attaining reported heights of three metres, but for its invasive and phytotoxic nature: skin that comes in contact with the plant’s clear sap which is then exposed to sunlight will develop blistering burns and scars. If sap touches eyes, permanent blindness results.

So, run like Alice. Run away from this nightmare plant, and report any sightings to authorities to prevent its further spread.

We’ve heard of using vines to hang or strangle hapless victims in horror films, but what about a vine so strong and rampant that it kills all on its own? This is the case with Oriental bittersweet vine (Celastrus Orbiculatus) an established foreign invader that will choke the life out of almost any vegetation in its vicinity, including mature trees. The vine’s twining, woody stems attach themselves to whatever they can grab a hold of for support, girdling trunks and eventually suffocating trees and any other plantings in their path. Now that’s scary!

The vine may not kill humans, but don’t eat the attractive, brightly coloured orange then red, poisonous berries, or else…

Don’t be fooled by this unusual annual’s ornamental appeal: every part of the castor bean plant — roots, flowers and leaves — is toxic. The plant’s seeds contain ricin, a deadly poison reportedly used throughout history in murder conspiracies and attempted suicides. If you grow this poisonous plant, deadheading flowers to prevent it from producing seed and keep children away.

Deadly nightshade is another plant used in murderous plots in ancient times. The foliage and berries contain highly toxic alkaloids, key ingredients in witch’s brews and poisonous concoctions. Interestingly, common edible plants like potatoes, tomatoes, eggplants and peppers are among the many plants in the Nightshade, or Solanaceae, family. But before you start picking off the tomatoes and peppers from your Halloween pizza, rest assured that the solanine content in such commonly grown food plants is far below the toxic levels found in Deadly Nightshade.

So, bon appetit and Trick or treat!