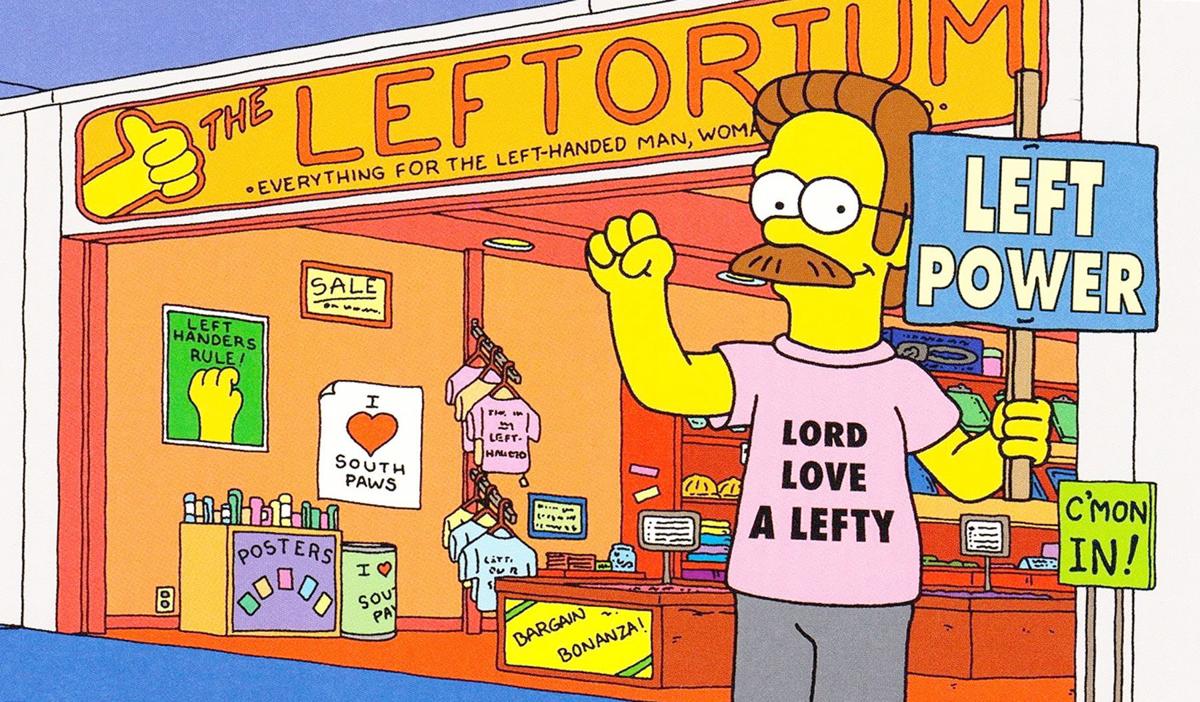 Matt Groening, a lefty, created an episode of The Simpsons where Ned Flanders opened a left-handed shop called The Leftorium, modelled on the original Anything Left-Handed shop in London, England. 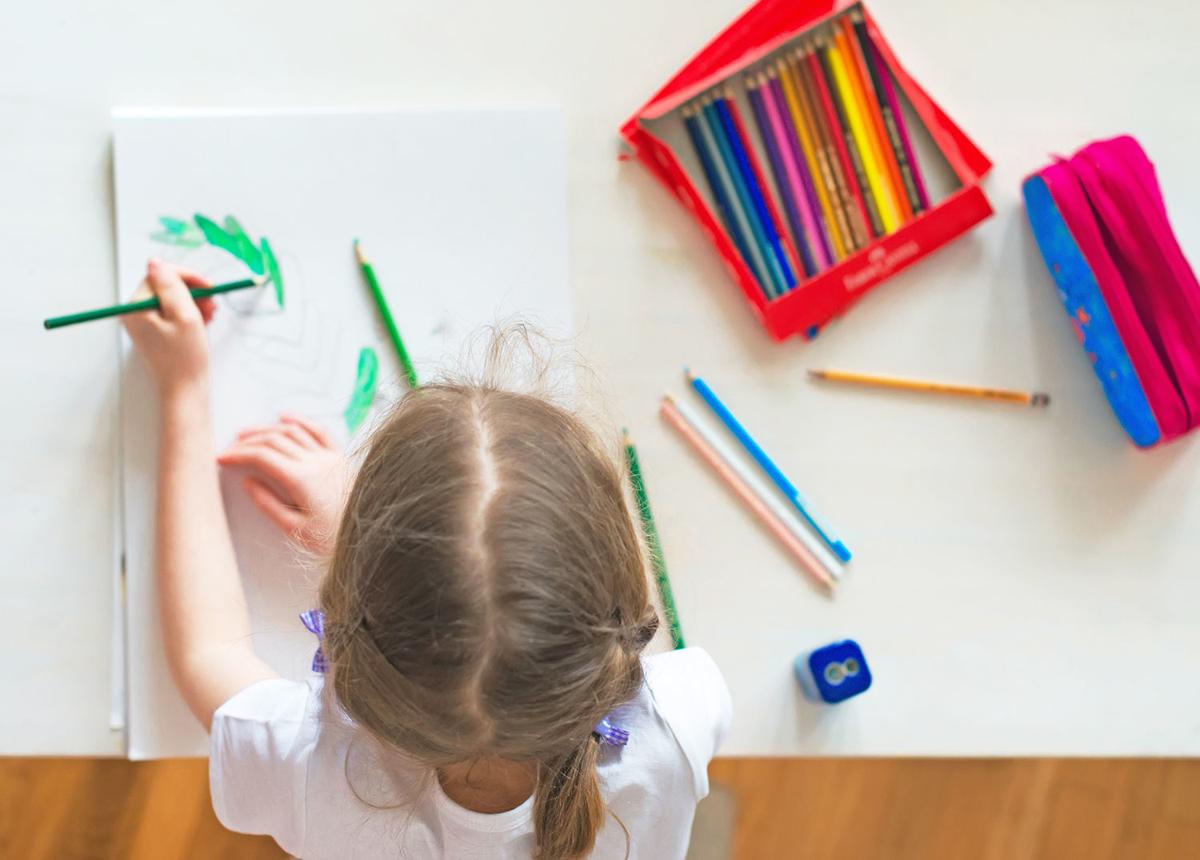 Studies shows that left-handers are better at using both hands at once, and that may partly explain why a number of them are proficient musicians or professional athletes.

Matt Groening, a lefty, created an episode of The Simpsons where Ned Flanders opened a left-handed shop called The Leftorium, modelled on the original Anything Left-Handed shop in London, England.

Studies shows that left-handers are better at using both hands at once, and that may partly explain why a number of them are proficient musicians or professional athletes.

While only between 10 and 15 per cent of the global population identifies as being left-handed, a much larger percentage of famous world leaders, artists, actors, musicians and athletes — past and present — fall into that category.

Winston Churchill, Prime Minister of the United Kingdom, was left handed. Not counting current President Donald Trump, four of the previous five U.S. Presidents have been left-handed: Barack Obama, Bill Clinton, George H. W. Bush, and Ronald Reagan. As for Donald Trump many consider him to be under-handed.

Studies shows that left-handers are better at using both hands at once, and that may partly explain why a number of them are proficient musicians or professional athletes. They may also be more creative problem solvers.

The above people reached the peak of their chosen fields of endeavour, but according to studies, they did so against the odds. Compared to righties, most lefties have lower cognitive skills. Lefties have more emotional and behavioural problems, have more learning difficulties such as dyslexia, complete less schooling, and work in occupations requiring less skill.

Matt Groening, creator of The Simpsons, is a lefty and he made his lead character, Bart Simpson, left-handed as well. He also created an episode where Ned Flanders opened a left-handed shop called The Leftorium that he modelled on the original Anything Left-Handed shop in London, England.

Left-handers have trouble with all sorts of everyday articles and tools. This on-line shop specializes in a large range of left-handed products for home, kitchen, office and gardens. Among items it sells are scissors made with the blades reversed so lefties can see the lines they’re cutting.

There exist a lot of superstitions about the left parts of our anatomy. In ancient times salt was a very valuable commodity and was considered a form of money. If salt was spilled it was considered very bad luck and could only be avoided by throwing some of the spilled salt over your left shoulder. Some people believe that getting out of bed with the left foot first means that you will have a bad day and be bad tempered. A ringing in the right ear, to some, means that someone is praising you. In the left ear it means that someone is cursing you. An itchy right palm means that you will receive money. An itchy left palm means that money will be lost. If your right eye twitches you will see a friend, if it’s your left eye that twitches you’ll see an enemy.

When dressmaking, it’s believed to be bad luck to sew the left-hand sleeve onto a garment before the right sleeve. When leaving to go on a journey, if your right foot itches you’re bound to have a good journey. If your left foot itches it will end in sorrow. It is thought to be bad luck to pass a drink to another person with your left-hand. Wedding rings worn on the third finger of the left hand originated with the Greeks and Romans, who wore them to fend of evil associated with the left-hand.

On the other hand, the ancient Zuni tribe of North American Native People who lived in west-central New Mexico on the Arizona border, considered left-handedness a sign of good luck. They believed lefties were older and wiser.

I received the following comments from two left-handers that I interviewed:

“I may be left-handed, but I’m always right.”

“Everybody is born right-handed. Only the gifted overcome it.”

For the record, I am right-handed — and not nearly as smart as the left-handers I know.